THE UFC have released Roman Bogatov after just ONE fight following his disastrous Fight Island showing.

The Kazakhstani lightweight made his UFC debut on July 11 but a flurry of illegal shots mean it is likely to be his last bout. 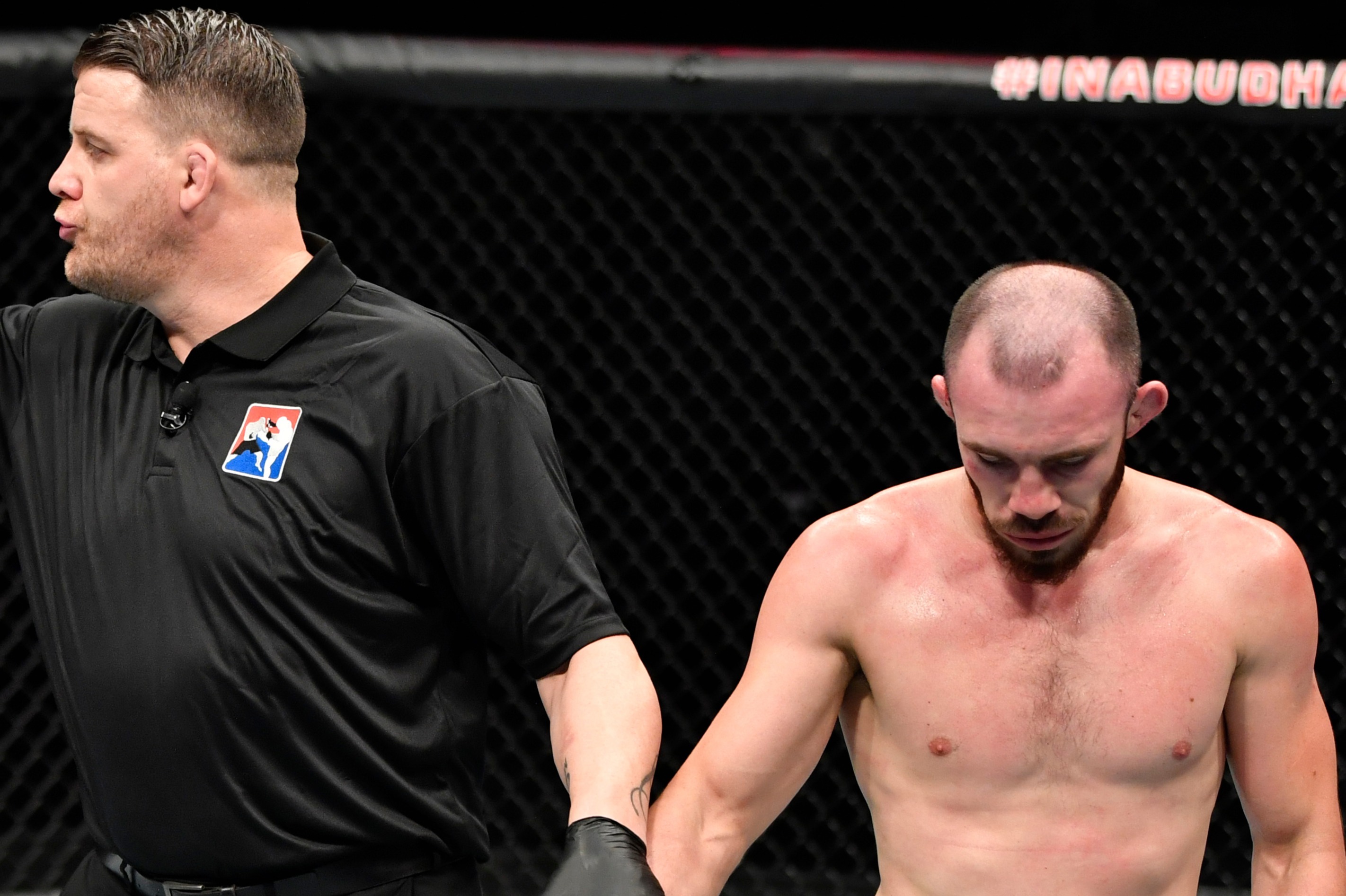 Big things were expected of the 29-year-old as he joined the franchise with an impressive 10-0 record.

But he came unstuck against wily veteran Leonardo Santos at UFC 251 after a strong early showing.

Bogatov ended up losing after judges unanimously scored the bout 29-26 in Santos' favour.

However, it was the nature of the defeat that has seen him booted out of the UFC.

Bogatov poked Santos' eye in the first round.

And in the third, ref Marc Goddard stopped the bout after Bogatov hit Santos with two low blows and then proceeded to knee him in the head when Santos was kneeling against the cage.

Goddard was heard shouting: "Woah stop… what are you doing?"

Bogatov was hit with a two-point deduction as a result and he registered his first professional loss.

The scrapper then confirmed his ejection in a statement to a Russian news agency but said he was not given a reason.

He told TASS: “Yes, they told me today they had terminated the contract.”

Kiser defended the picture that appeared to show a 'Sonnenrad' or 'Black Sun' and claimed: "It has another meaning, for me as a Slavic person."