UFC president Dana White has torn into the 'state of boxing' after Canelo Alvarez was linked with epic cross-over fights against Khabib Nurmagomedov and Jorge Masvidal. 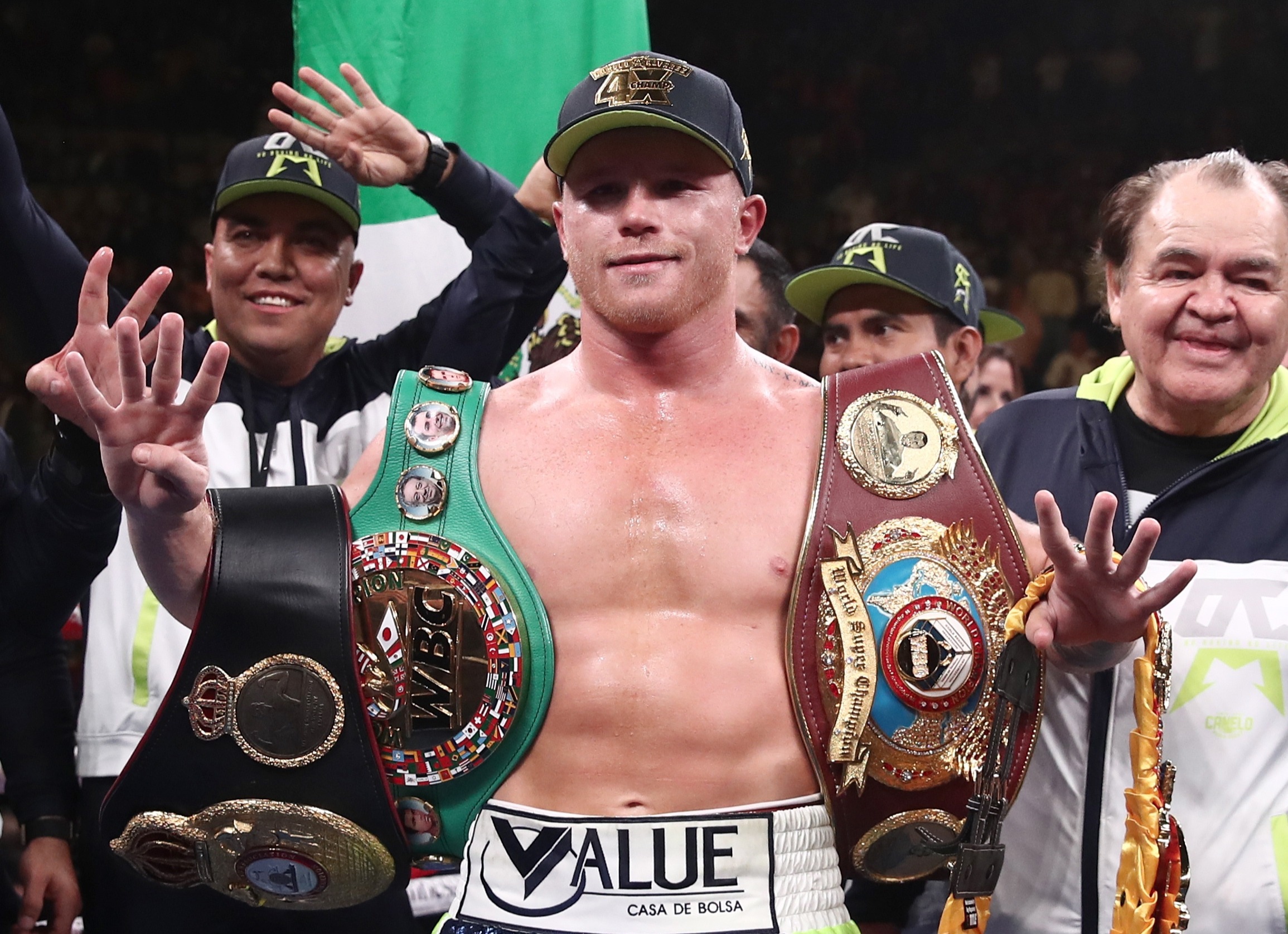 The Mexican signed an 11-fight £280million contract in 2018 – lauded as the richest in sport – but is alleging a breach just three fights in.

The dispute centres around the payment of the £27m he is guaranteed per fight – with DAZN said to be looking to lower that guarentee.

Dan Rafael reported that one of the central issues to the lawsuit was that Canelo is supposed to fight a ‘premium’ opponent each year.

And DAZN did not consider either of the four-divison world champion's former bouts against Daniel Jacobs and Sergey Kovalev as premium.

Instead the broadcaster were said to be interested in pursuing Gennady Golovkin or 47-year-old De La Hoya.

That’s f***ing hilarious. Are you shocked? That’s the state of boxing, it’s really where those guys are at

Cross-over fights against ‘premium’ MMA stars Masvidal and Khabib were also rumoured but have now been shut down by UFC chief White.

Speaking at his press conference, he said: “That’s f***ing hilarious.

“I don’t even know what to say to that, that’s hilarious.

“But, are you shocked? That’s the state of boxing, it’s really where those guys are at.

“I don’t even know what to say to that.”

Canelo's lawsuit claims Golden Boy Promotions and DAZN have caused a minimum of £216m of damages.

In the 24-page document, Alvarez is suing for breach of contract, intentional and negligent interference with a contract, fraud and breach of fiduciary duty.

The lineal middleweight champ's fight purse comes out of the £30.9m license fee paid to Golden Boy by his broadcaster.