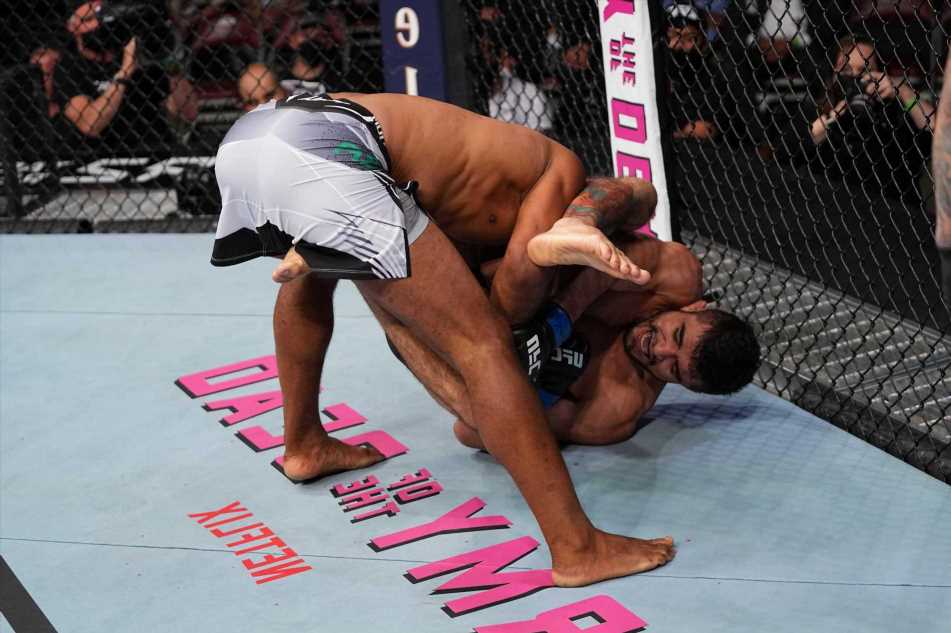 Muniz produced a career-best performance to submit Souza with a slick first-round armbar, that shattered his countryman's arm.

The battle of Brazilians began with a prolonged feeling out, with Jacare being the more tentative of the pair.

Andre Muniz, however, soon found himself on his back eating bombs after being taken down.

But the 31-year-old eventually made his way back to his feet by creating distance with a push kick from his back.

Moments later, Muniz brought the fight back down to the canvas with a takedown of his own. 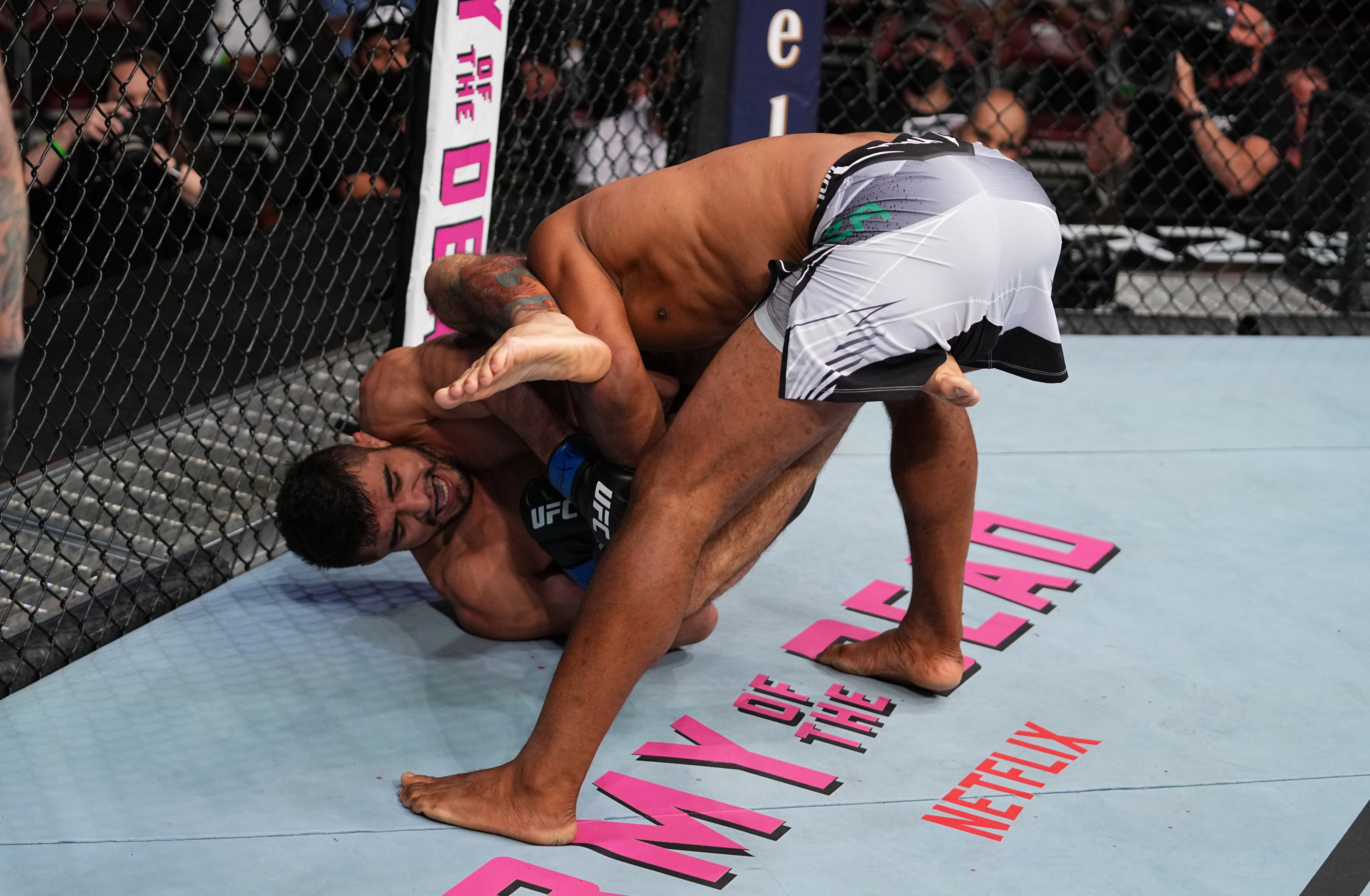 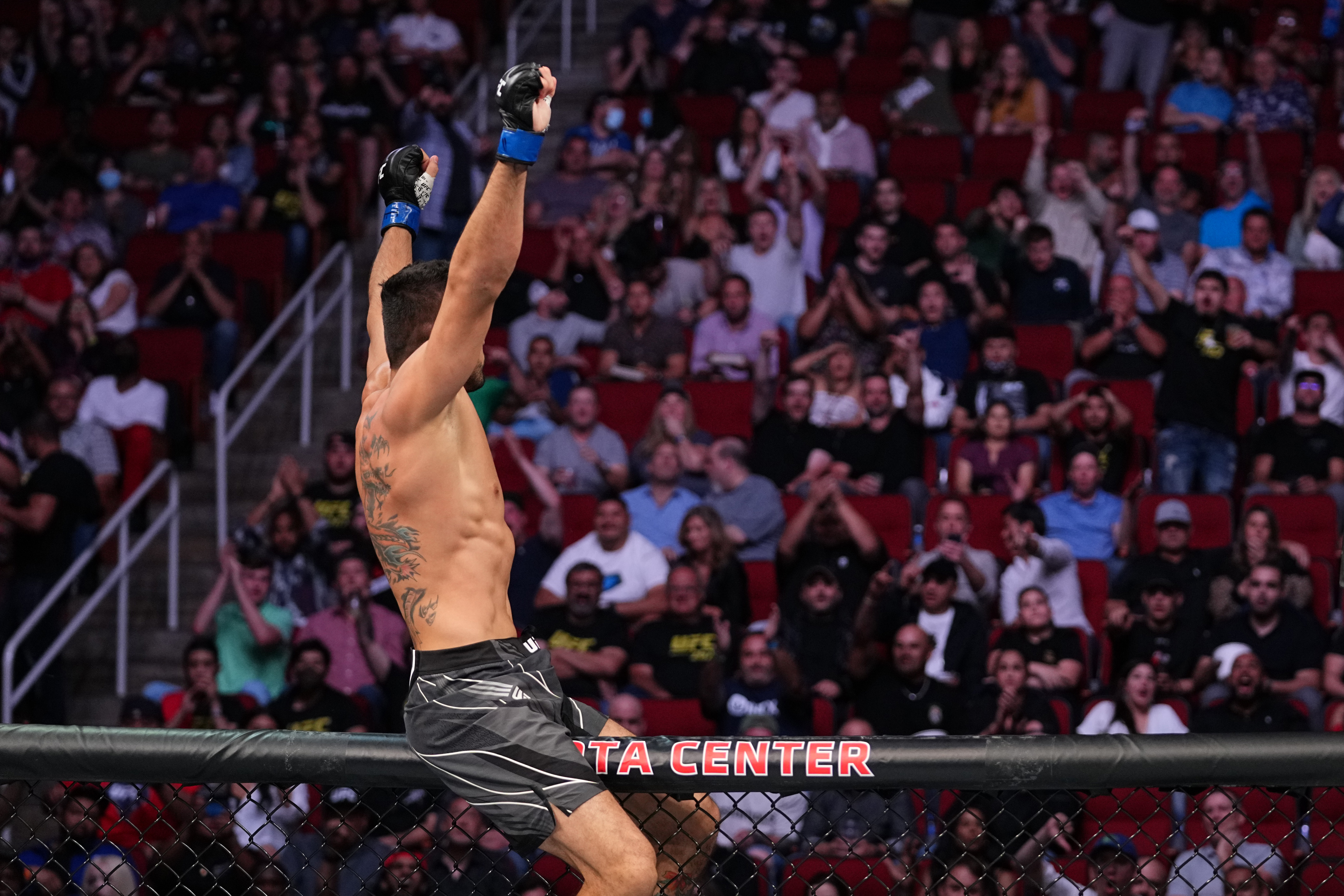 Jacare, 41, managed to get back to his feet and eventually forced a separation before doing so again seconds later.

Muniz, however, managed to take Jacare's back and looked to set up a rear-naked choke.

But Sergipano began to slide down his opponent's back, which allowed him to grab his arm and cinch in a nasty armbar.

And the pressure placed on the limb by the former Jungle Fight middleweight led to a sickening break.

Defeat to Muniz was Jacare's fourth loss on the bounce and fifth in his last six outings.

Muniz,meanwhile, is now on an impressive seven-fight win streak.