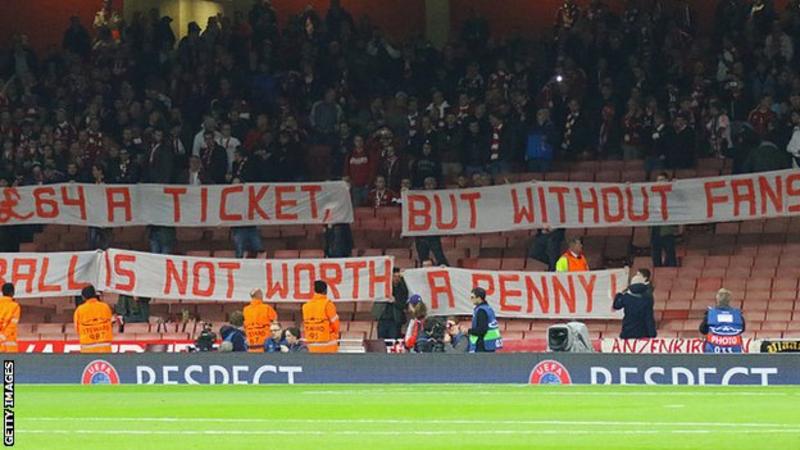 Uefa has agreed a compromise with Europe’s top clubs to cap ticket prices for away fans in the Champions League and Europa League this season.

European football’s governing body says away tickets will cost a maximum of 70 euros (£63.50) in the Champions League and 45 euros (£41) in the Europa League.

“Fans are the lifeblood of the game,” Uefa president Aleksander Ceferin said.

“By capping ticket prices, we want to make sure that away fans can still travel to games and play their part in making the atmosphere inside football stadiums so special.”

Earlier this week, supporters’ trusts for Arsenal, Chelsea, Tottenham and Liverpool released a statement calling on Uefa to, among other things, make tickets more affordable for away fans.