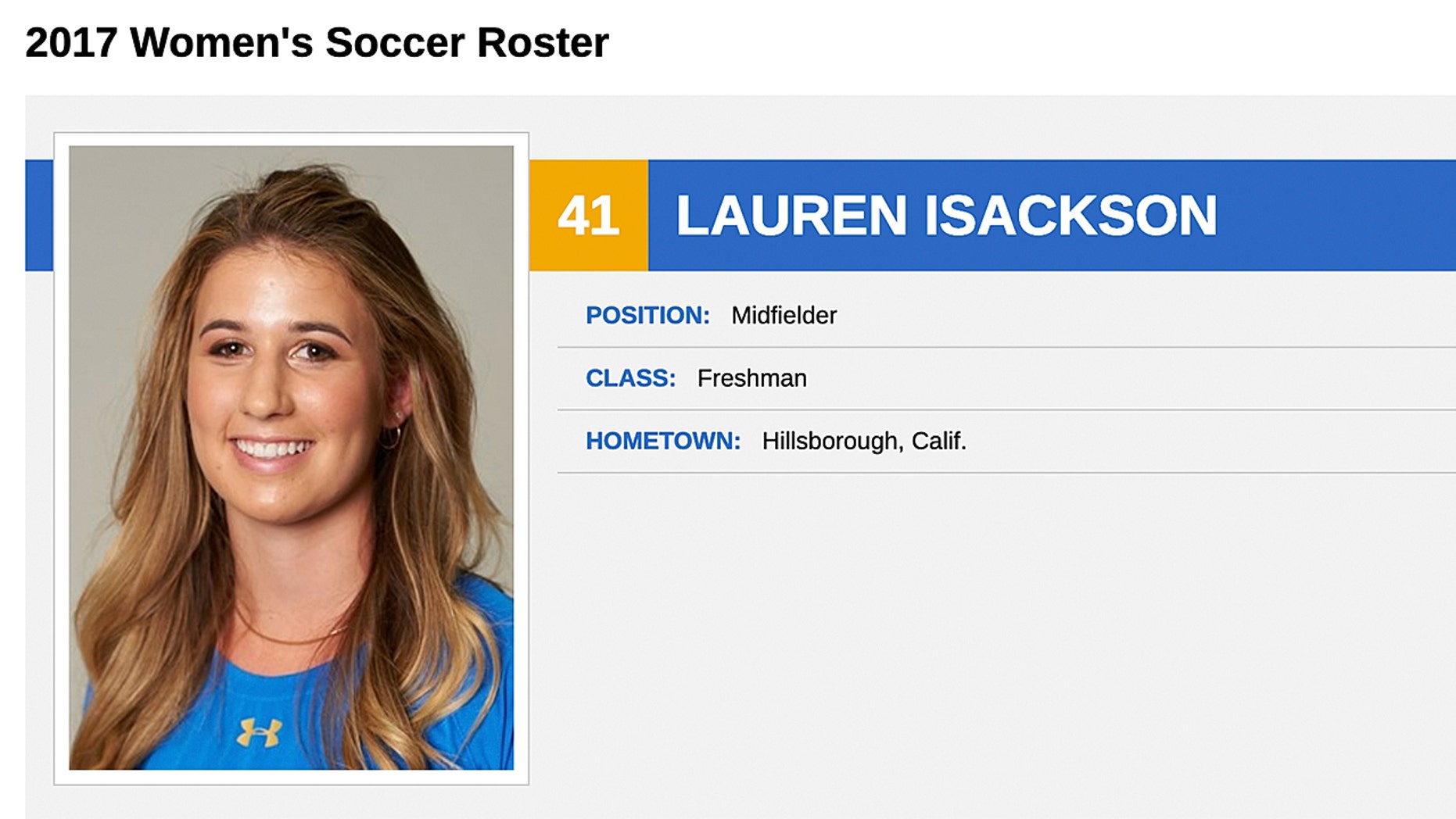 A UCLA student whose parents are wrapped up in a nationwide college admissions scandal involving dozens of parents and prominent universities was listed on the university's 2017 women’s soccer team that finished as runner-up to the national champions — even though she reportedly lacked playing experience.

Lauren Isackson’s 2017 roster profile showed she made the honorable mention team in the West Bay Athletic League in 2014, but prosecutors alleged she never played competitive soccer prior to joining the Bruins, the Los Angeles Times reported Tuesday.

WERE LORI LOUGHLIN AND OTHER COLLEGE ADMISSIONS SCANDAL PARENTS DRIVEN BY THIS BEHAVIORAL DISORDER?

Isackson was part of a recruiting class that was touted by experts as the second-best in the nation, the newspaper reported. Her teammates included Hailie Mace, who went on to make the U.S. national team, and Anika Rodriguez, who was second on the team in points and goals, and Ashley Sanchez, who had participated in U.S. National team camps before joining the Bruins in 2017.

There were no statistics listed for Isackson for the 2017 season despite being listed as a midfielder. Prosecutors said Isackson had no competitive soccer experience before going to UCLA, according to the Los Angeles Times.

“Some team members are on the roster for the purposes of preparing the team for competition, and may not play in games,” UCLA Tod Tamberg told the newspaper Monday, adding that Isackson was no longer on the soccer team, but was still a student at UCLA.

Bruce Isackson and his wife Davina allegedly began conspiring with William “Rick” Singer, who pleaded guilty to several charges of racketeering and money laundering last week, in 2015. Isackson’s fake athletic profile was sent to UCLA men’s soccer coach Jorge Salcedo, according to the newspaper. Salcedo then reportedly passed the teen’s test scores and transcripts to an unnamed coach on the women’s team.

The Isacksons allegedly gave Singer more than 2,100 Facebook stock shares in the form of donations to the Key Worldwide Foundation, the Los Angeles Times reported, citing an affidavit. Singer reportedly used the charity to pay Salcedo and Ali Khosroshahin, a former USC coach who allegedly passed Isackson’s profile to Salcedo.

Salcedo was the only person from UCLA indicted in the scheme and was placed on leave. The scandal has swept up other high-profile individuals, including Lori Loughlin and Felicity Huffman.