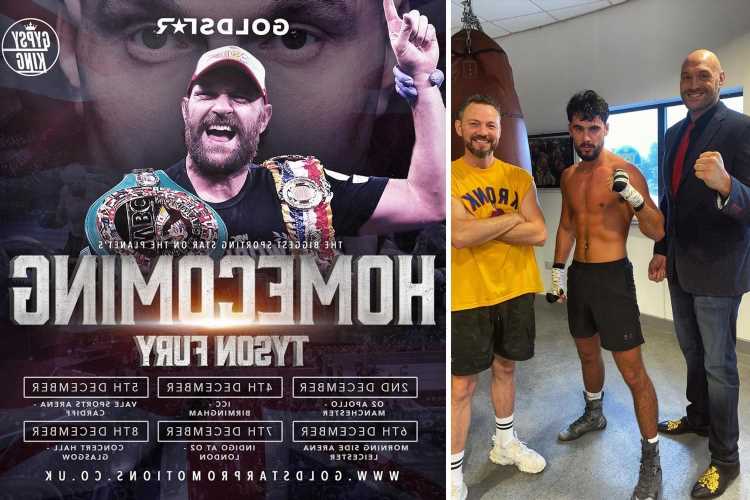 TYSON FURY looked dapper as ever as he wore a sharp suit jacket and designer Versace shoes.

The Gypsy King is enjoying some down time after his epic trilogy with over Deontay Wilder, which ended in an 11th round knockout. 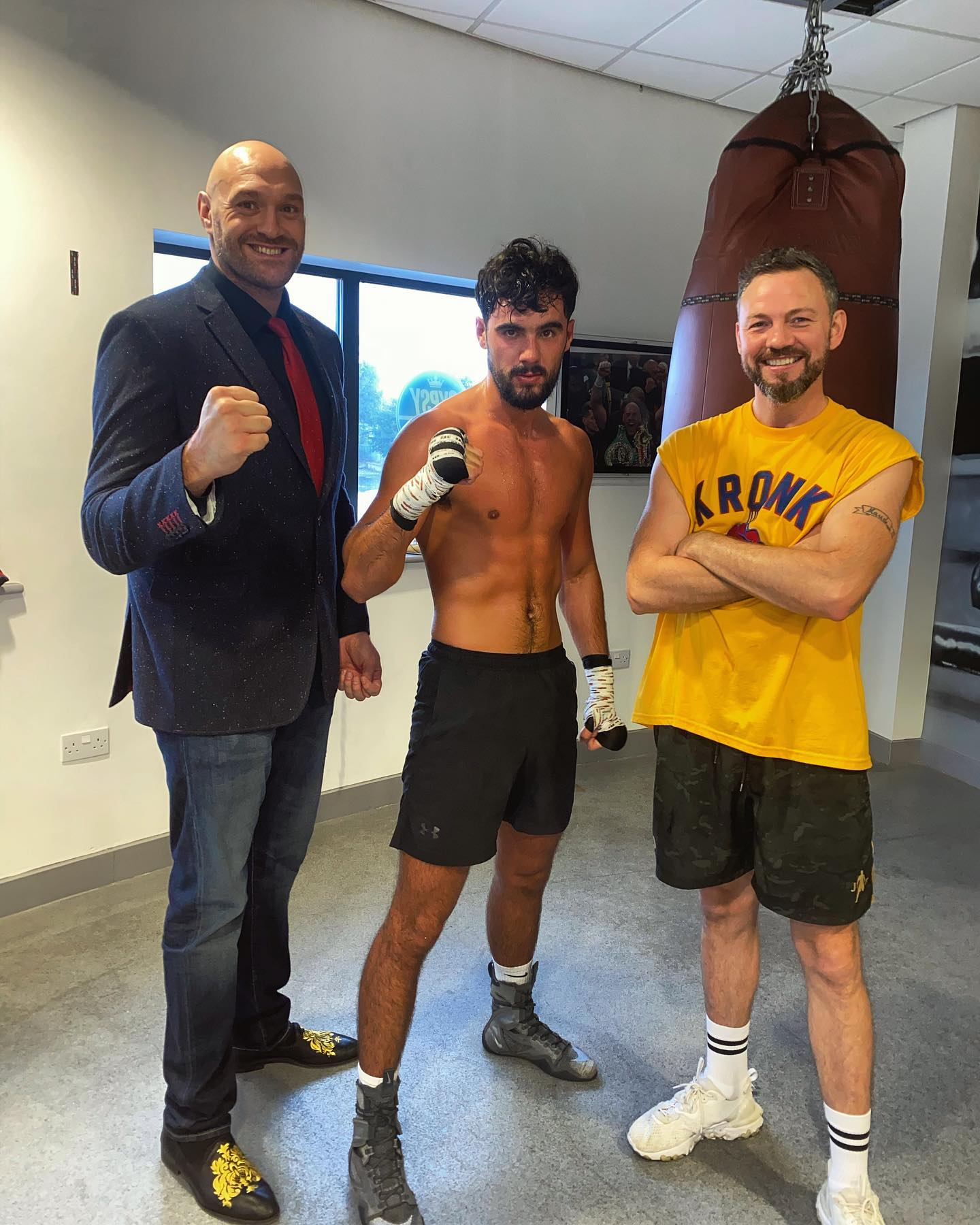 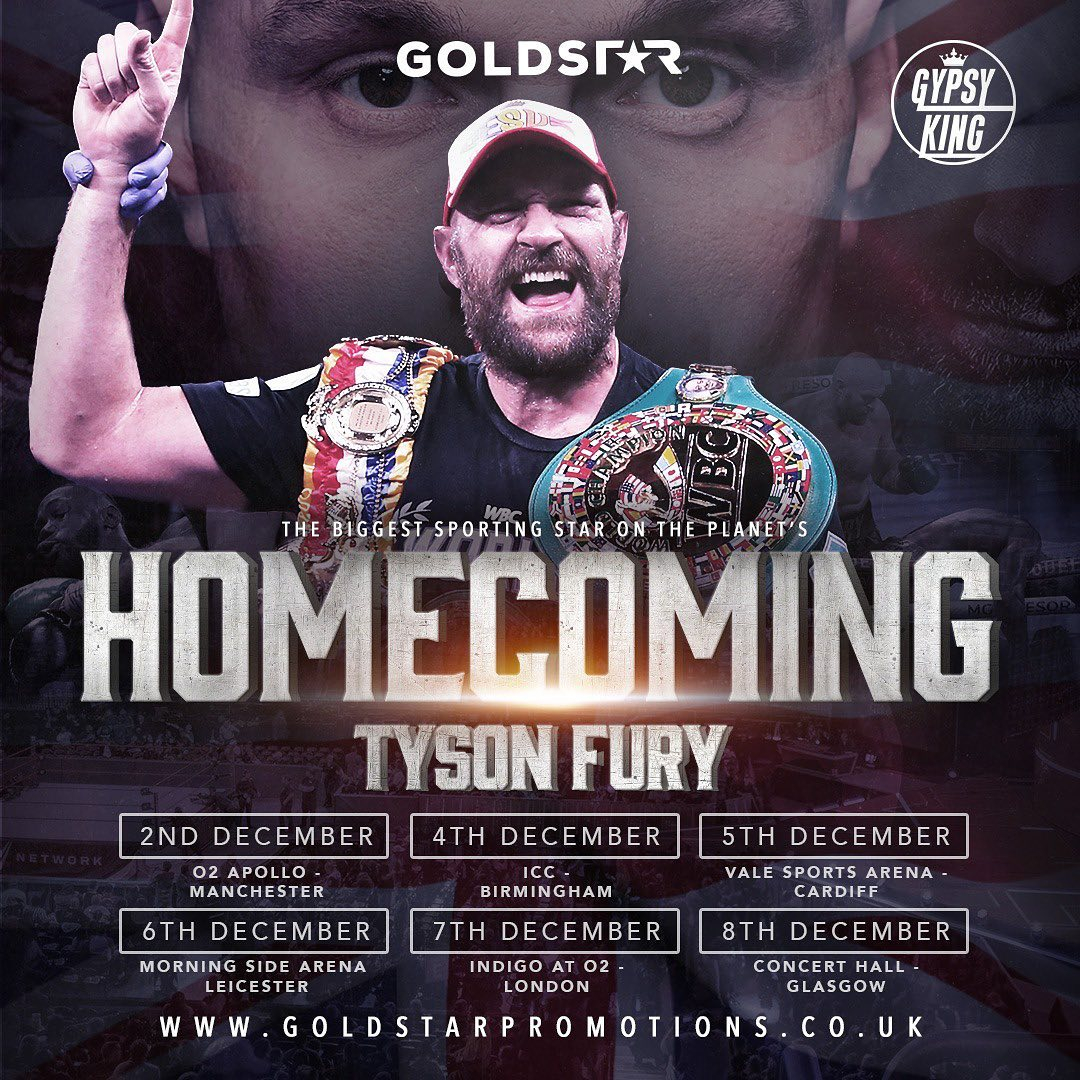 The WBC champion was all smiles dressed in a navy jacket, red tie and £560 Vercase medusa head velvet loafers.

Fury's thrilling win over Wilder, 36, was his fifth consecutive fight Stateside and his fourth in Las Vegas.

But now his promoters Bob Arum and Frank Warren are hoping for a UK homecoming on his return.

And that could come against long-time rival Dillian Whyte, 33, who is the current WBC mandatory challenger.

It would see Fury, 33, fight in the UK for the first time in close to four years.

But the heavyweight hero will reunite with his British fans before then, having announced a UK tour.

Stretching from December 2-8, he will be in England, Wales and Scotland over six nights for an evening with event.

But soon after, his attention with turn to brother Tommy, 22, who faces YouTube sensation Jake Paul, 24, in Florida on December 18.

Fury is set to travel over to Las Vegas to help the 2019 Love Island star train for the fight and then be in his corner.

Their dad John usually coaches Tommy but due to a previous criminal conviction, he is unable to travel Stateside.

It means unbeaten Fury will instead be a voice in the corner for 7-0 Tommy.