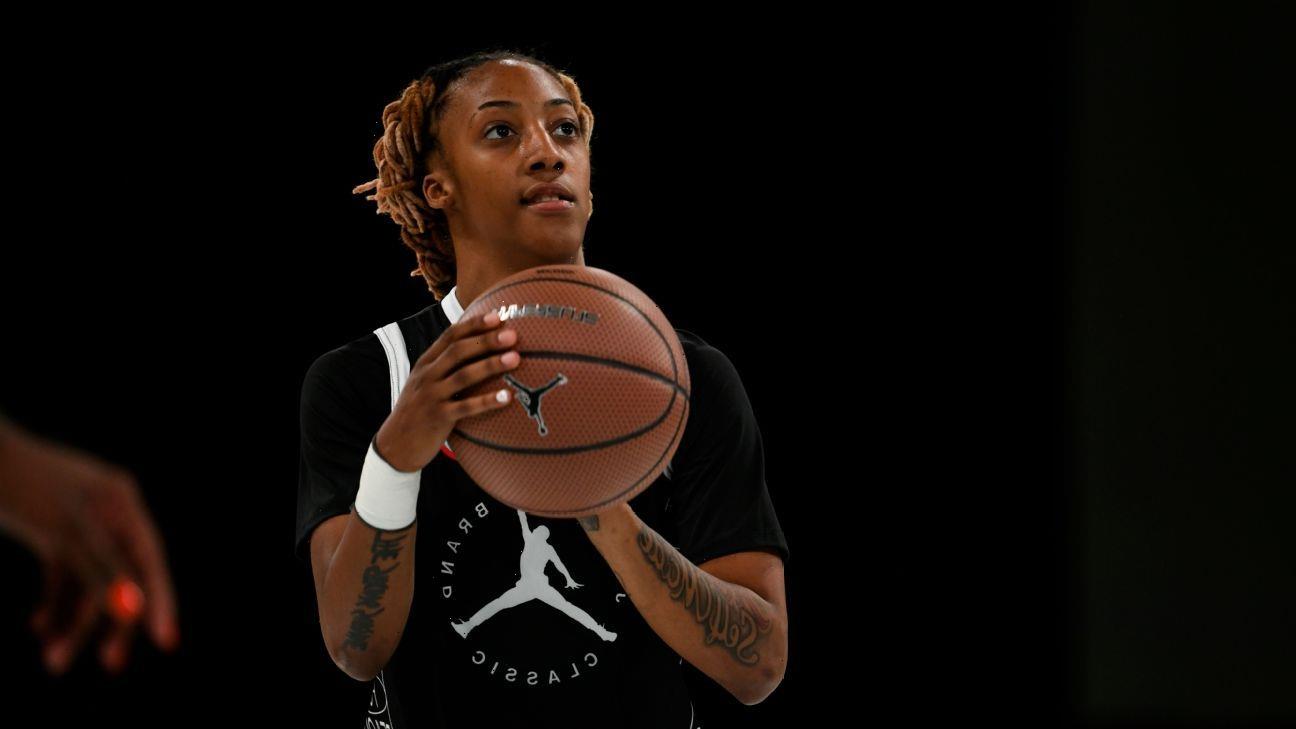 USC women’s basketball commit Aaliyah Gayles was shot multiple times at a house party in North Las Vegas over the weekend, according to the school.

Gayles, 18, was one of four people shot after a fight occurred inside the residence, the Las Vegas Review-Journal reported, citing police. The four people were hospitalized with survivable gunshot wounds, per the Review-Journal.

Gayles, a point guard who attends Las Vegas’ Spring Valley High School, is the No. 8 recruit in the class of 2022, according to ESPN HoopGurlz rankings, and recently played in the McDonald’s All-American Game and Jordan Brand Classic.

“I know there is some that will say it’s my fault and I take full responsibility for it but please please keep my baby girl in your prayers Las Vegas,” Gayles’ father, Dwight, tweeted Sunday night. “I will give everyone that support Aaliyah an update but she’s ok she go make it like always thank you all, true warrior.”

Gayles had de-committed from USC following the retirement of former coach Mark Trakh before re-committing to the Trojans under new coach Lindsay Gottlieb in August.

“Aaliyah is one of the strongest, most resilient young people I have ever known,” Gottlieb said in a statement to ESPN on Sunday night. “I have no doubt she will continue to face this unfathomable situation with courage and resolve. We will continue to support her and her parents in every way that we possibly can.”