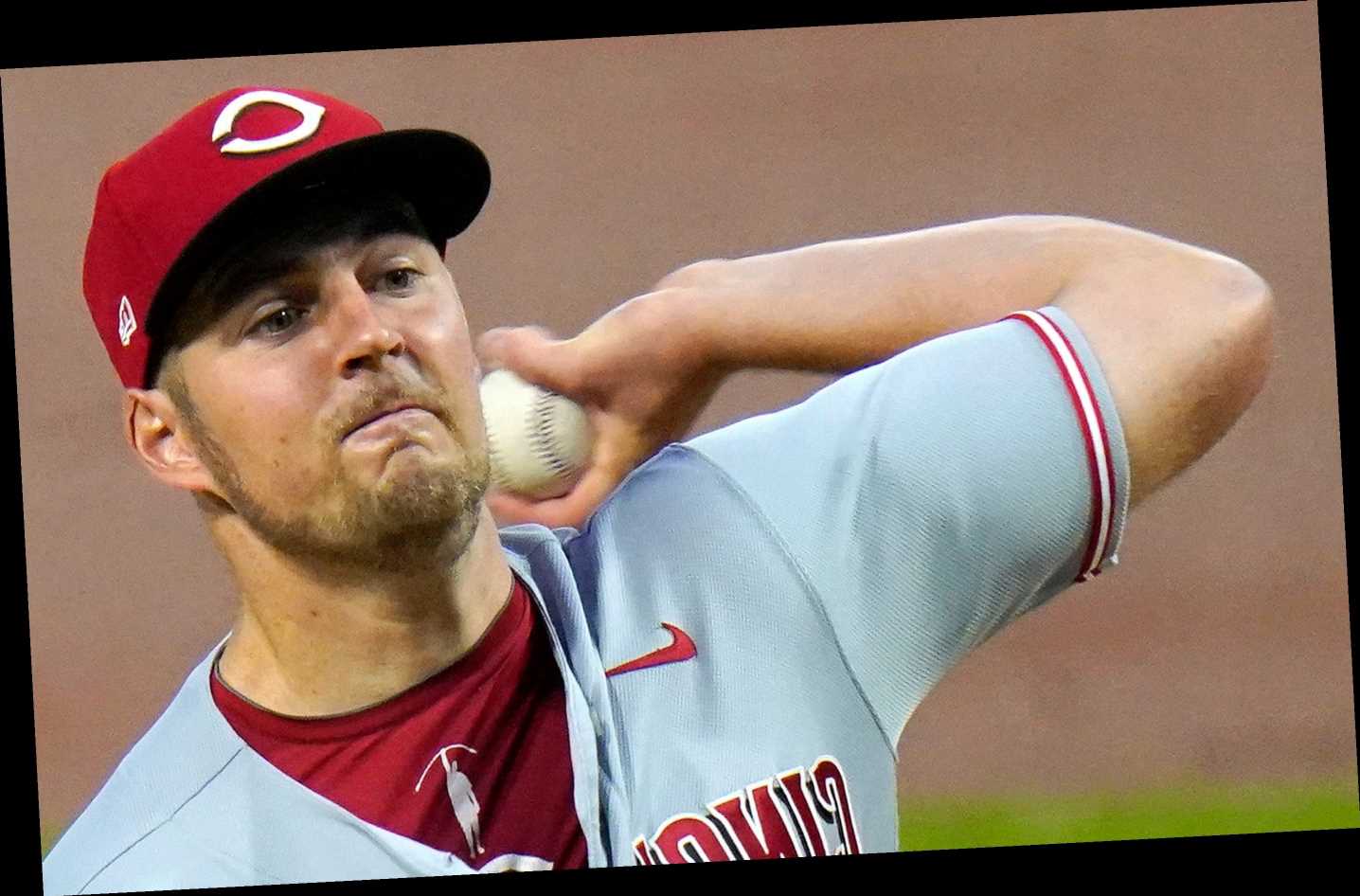 How the Mets can survive without a GM for now: Sherman

It's on Sandy Alderson to lead Mets from Jared Porter disaster: Sherman

Yankees may have to get creative under luxury tax crunch: Sherman

The Mets are weighing whether to invest in one more big item this offseason or add multiple players to deepen the quality of the overall roster.

The significant piece cannot be free-agent catcher J.T. Realmuto unless they plan on turning James McCann into a $40 million backup. The Mets have not been connected in any recent trade talks for Nolan Arenado or Kris Bryant.

Or it doesn’t. Steve Cohen has made his billions as an expert in risk evaluation. The decision could be, for example, that the Mets could derive just as many wins adding, say, Jackie Bradley Jr. and Brad Hand while assuming far less of a financial commitment than Bauer by himself.

Or does Cohen see this: Jacob deGrom, Bauer, Carlos Carrasco, Marcus Stroman and David Peterson with Noah Syndergaard in the wings? The Nationals won the World Series in 2019 with a rotation that looked like this, and arguably less offense and bullpen than the Mets currently possess.

However, almost any Bauer deal would soar the Mets beyond the $210 million luxury-tax threshold, and Cohen has indicated he wants to stay beneath that number in 2021. Plus, because Bauer was made the qualifying offer by the Reds and rejected it, the Mets would lose their second pick in June’s draft and $500,000 in international slot money if they sign him. And the Mets are committed to trying to restock their farm system.

This leads to signs of the Mets being content that they added the centerpiece player they craved in Francisco Lindor. No one would be surprised if one day in spring training there was an alert for a press conference to announce Lindor’s new $300 million-ish extension and that is the substantial financial outlay this year. Between Lindor, Carrasco, McCann, Trevor May, the retention of Stroman and still a few more useful pieces or two, the Mets can trumpet a strong first offseason under Cohen, albeit with the unsettling revelations that led to the firing of new GM Jared Porter.

Yet, Bauer titillates. It does not escape my mind that when Sandy Alderson was hired as team president he mentioned he didn’t mind sizzle when asked about the audacious Bauer. Alderson, after all, was the guy who oversaw the Bash Brothers of Jose Canseco, Mark McGwire, Rickey Henderson and Dennis Eckersley three decades ago. Bauer has a huge social media presence. At times it has brought controversy. You can expect more, as Bauer is determined to build his brand. But in doing so the fringe benefit is he also is helping increase interest in baseball and potentially bringing fans not aligned with a team to a new organization.

But at what cost will a team see if that is all true? At what risk?

The top players in the market, despite COVID-19, have so far been treated well. Perhaps that will not be true with Bauer. Because of lack of sustained excellence or personality concerns.

However, until Bauer doesn’t get the big payday — more than Max Scherzer’s seven years at $210 million, maybe north of Stephen Strasburg’s seven years at $245 million — I will believe it remains both a goal of his camp and a possibility. A few years back, Bryce Harper was faced with taking a short commitment but a record annual value by the Dodgers or less per year, but a lot more money from the Phillies. Like most players, Harper took the largest guarantee — $330 million over 13 years.

Bauer very well can be faced with the same puzzle, in part because the Dodgers are at least lurking on him. And Bauer is rare (maybe unique). He has such belief in his training methods that he has spoken about a willingness to go short or even year by year and just go back into the market. Japanese ace Tomoyuki Sugano recently re-signed with the Yomiuri Giants for four years, but with an opt-out after each season to preserve his right to try to come to MLB earlier. Bauer could request something similar — a shorter term for less overall money, but with a chance to exit to chase the longer money annually if he desires.

But I would assume taking less overall money is a nonstarter unless the average value tops Gerrit Cole’s current record of $36 million annually. Would any team go to, say, four years at $160 million for the 2020 NL Cy Young winner?

The Dodgers? The Blue Jays? I keep wondering about the Twins. They have chased high-end starters the past few years, like Yu Darvish and Zack Wheeler, without securing them. Their head of baseball operations, Derek Falvey, had Bauer in Cleveland and knows all the techniques that Bauer espoused that brought animus early in his Indians term have become mainstream in the game now, and that Bauer had a willing helpfulness and positive impact on starters such as Shane Bieber and Mike Clevinger.

If relationships matter (and they normally do), Twins GM Thad Levine and one of Bauer’s agents, Jon Fetterolf, were co-captains of the 1993 Haverford College baseball team — though the 1992 team captain, Dodgers executive Josh Byrnes, is even closer to Fetterolf. Yep, always watch the Dodgers.

But should we watch the Mets? Cohen obviously has the money. Does he want the risk?