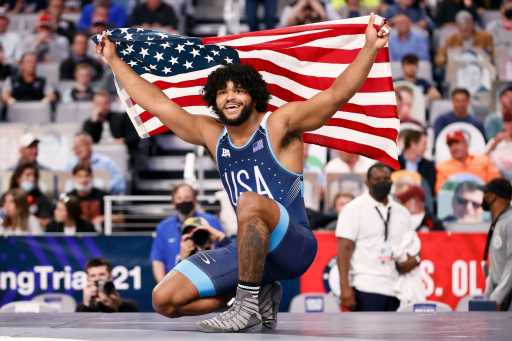 A Colorado native and member of the U.S. Olympic wrestling team is looking to translate his talents to the squared circle.

Tracy Hancock, who competed in the men’s Greco-Roman event in the 97-kilogram weight class in Tokyo, is among the 17 aspiring wrestling recruits announced Tuesday who will join the WWE Performance Center.

The 25-year-old Fountain native won his opening match at the Tokyo Games, but was eliminated in the second round, 4-3, by eventual bronze medalist Tadeusz Michalik of Poland.

Hancock had been a standout at Fountain-Fort Carson, where he reached the podium in each of his first two years in school. However, as a junior, he was expelled from school for fighting. It was a meeting with 2008 Olympian T.C. Dantzler where his path changed.

Dantzler got Hancock onto the Greco-Roman circuit, where he excelled. Soon after, Hancock was offered a spot in the residency program at the Olympic Training Center in Colorado Springs at age 16.

Hancock isn’t the only member of the 2020 U.S. Olympic wrestling team attempting to make a run with WWE. Gable Steveson signed with the company shortly after winning the gold medal in the 125-kilogram weight class in freestyle wrestling.