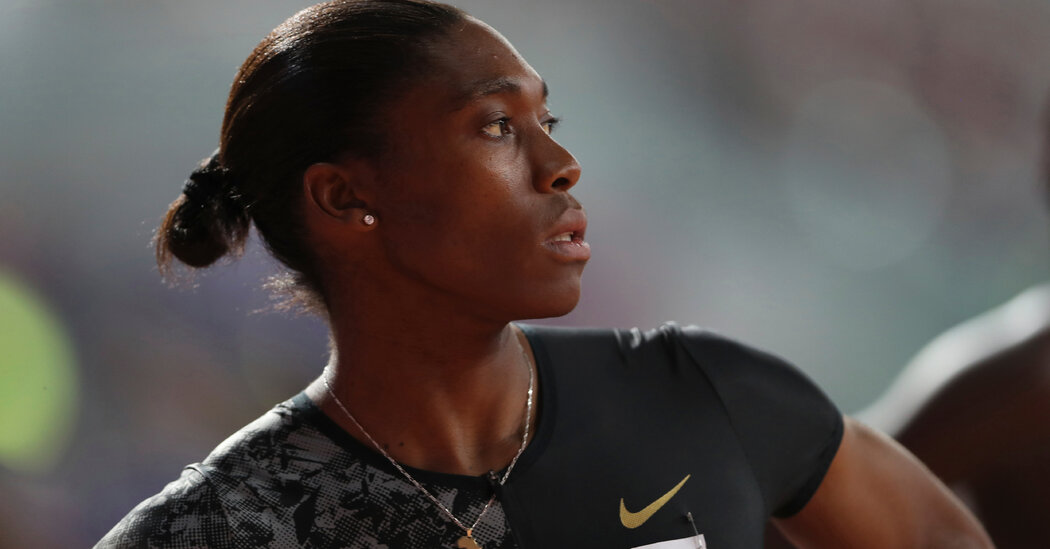 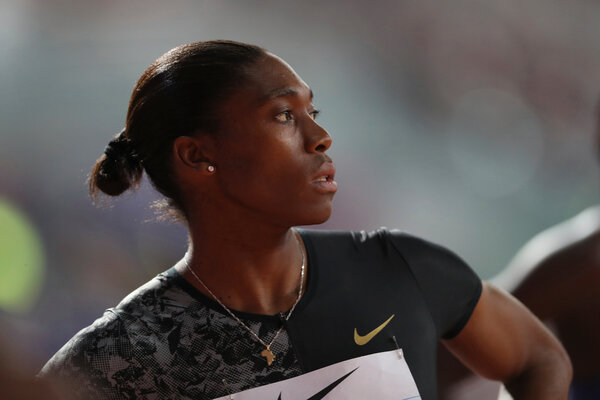 For six years, Sebastian Coe, the president of track and field’s world governing body, has been fighting a battle.

Coe, a two-time gold medalist in the 1,500 meters and a former member of the British Parliament, has been on a mission to uphold his vision of a level playing field, even if that put him at odds with increasingly vocal advocates for inclusion.

For decades, track and field, which moved to center stage at the Tokyo Olympics when it began on Friday, has focused on doping as its primary existential threat. But a broader understanding of identity in recent years has forced track officials to confront more complex and ambiguous questions, like how society should accommodate the disabled, and what determines gender identity.

Coe, who became president of track’s governing body, World Athletics, in 2015, said his predecessors ignored the issue for years, and he had no intention of doing the same. He knew his efforts would force him to make enemies of athletes who have garnered widespread empathy, support and admiration, including runners born without fully functioning legs and women with naturally elevated testosterone levels.

“Accessibility and fair competition are not always compatible, and when they aren’t, fair competition has to be the overriding principle,” Coe said in an interview earlier this month, two weeks before the start of the Games.

The debate, he said, always returned to a singular question: “What do we need to do to maintain the integrity of sport?”

Coe’s vision will be on display during the next nine days in Tokyo. The Olympic track and field meet and road racing events have plenty of stars, including Shelly-Ann Fraser-Pryce, the Jamaican sprinter, and Eliud Kipchoge, the Kenyan marathoner. But the competition also will be notable for a few athletes who will be absent.

Blake Leeper of the United States, a double-amputee athlete who competes in the 400 meters on running blades that World Athletics deemed too long, and Caster Semenya of South Africa, who has won two Olympic gold medals and three world championships at 800 meters, could not qualify under rules they have claimed are unfair.

Several other female middle distance runners with naturally elevated testosterone levels also will miss the competition. World Athletics has banned those runners from competing against other women in events between 400 meters and the mile — distances at which researchers say their biology gives them an unfair advantage — unless they suppress their elevated hormone levels medically.

Earlier this month, Namibia removed two of the world’s top female 400-meter runners from its Olympic roster at that distance after medical tests revealed they had natural testosterone levels above the allowable threshold. The runners, Christine Mboma and Beatrice Masilingi, both 18, are instead focusing on the 200 meters, a race for which the restrictions do not apply.

Coe, however, has been undeterred. He said he has an obligation to the largest number of athletes in his sport to keep the playing field level, even if that made him an enemy among a segment of those he is also supposed to represent. Organizations who support a broader view of inclusion like Athlete Ally have accused World Athletics of violating competitors’ human rights.

“Whose human rights are we defending here?” he said. “You do what you need to do for the majority in your sport. That is not to disparage the minority condition.”

Of course, the playing field in international sports is never truly level, even in running, which is arguably the most accessible form of athletic competition. Distance runners born and raised in the African highlands have the advantage of living at high altitude, which gives them more oxygen-carrying red blood cells than those who train at sea level. Athletes born in wealthy countries have far greater access to better facilities, nutrition, medical care and coaching.

And yet, for Coe and others who share his view, certain advantages are a bridge too far, advantages that would upset the design of competitions that test how fast human legs can move across the ground and separate men and women, or, more precisely, people with testes and people without them.

“When you ask, ‘Is this field still level?’ what you are asking is whether someone has thrown something into this mix that is fundamentally different and empowering,” said Doriane Lambelet Coleman, a Duke law professor and former elite runner who served as an expert witness in the Semenya case. “When you throw testes into the mix or certain mechanical legs, it is altering the design.”

Coe said that he has relied on scientific experts — and data — that he contends support his efforts to eliminate what he views as unfair advantages.

Peter Weyand, an expert in biomechanics and physiology at Southern Methodist University, who worked to ensure that Oscar Pistorius, the South African quarter-miler known as the Blade Runner, would have a chance to compete on the biggest stage in track and field, was hired by World Athletics to evaluate Leeper earlier this year.

Track officials had barred Leeper from international competition because they said his running blades made him unnaturally tall, an advantage they deemed unfair to other competitors.

Leeper, who is Black, claimed that World Athletics had discriminated against him when it used guidelines for how tall people can be when they are competing on mechanical legs. He argued it relied on a study that did not include people of African descent.

Weyand said the claim was without merit. The study that scientists used to come up with the formula for determining height standards — a combination of forearm and femur length as well as a person’s height when seated — measured 450 people, and then was tested against another 100 people for accuracy. The formula also allowed for two centimeters of leeway.

“There are differences among people and populations, but not 10 to 15 centimeters,” Weyand said. “That is way, way outside the norm.”

Leeper’s preferred running legs made him roughly 6 feet 6 inches tall when he competed. In 2018, he ran the 400 meters in 44.42 seconds, gaining notice as the next great blade runner. The time would have earned him a spot on the 2016 United States Olympic team.

However, under the methods that World Athletics began relying on following that performance — set by the International Paralympic Committee — he should have been competing at about 6 feet tall. By the time Leeper landed in Weyand’s lab for evaluation, he was trying to gain approval to race in legs that made him about 6-foot-3. World Athletics would not budge.

The advantage, Weyand explained, was that the longer Leeper can make his legs, the more ground he can cover while his J-shaped “feet” are in contact with the ground. Other runners do not have the option of lengthening their limbs to gain speed, he noted.

Weyand and his team calculated that Leeper would most likely sacrifice one-tenth of a meter per second in speed for every centimeter he lost in height. When they tested him, that is exactly what happened. In a series of rulings over the next two months, Leeper’s efforts to compete for a spot in the Olympics were denied.

And yet, even Weyand acknowledged that science has its limits, which is what has made Coe’s efforts to find a balance between inclusion and competitive fairness so fraught.

It is far easier, Weyand said, to predict and quantify the advantages of a mechanical leg in a laboratory than hormone levels. Understanding why and how much a naturally elevated testosterone level helps a female runner at 100, 200 or 10,000 meters is a different challenge.

“Those issues are much tougher,” Weyand said.

Coe knows that, and he has received plenty of criticism, but he is not backing down, no matter how big the stars are who cannot compete.

“I do not pretend the world is a fair place,” he said.