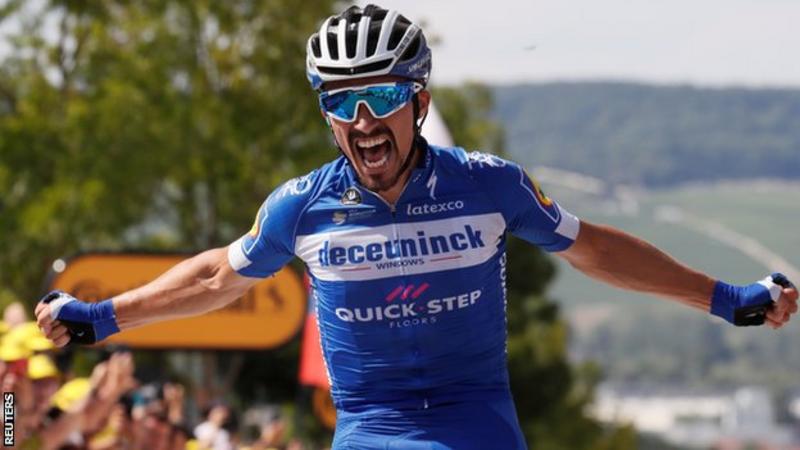 The Deceuninck-Quick Step rider won the 215km stage to Epernay by 26 seconds and leads Belgium’s Wout van Aert by 20 seconds in the general classification.

Defending champion Geraint Thomas of Wales was 13th on the stage.