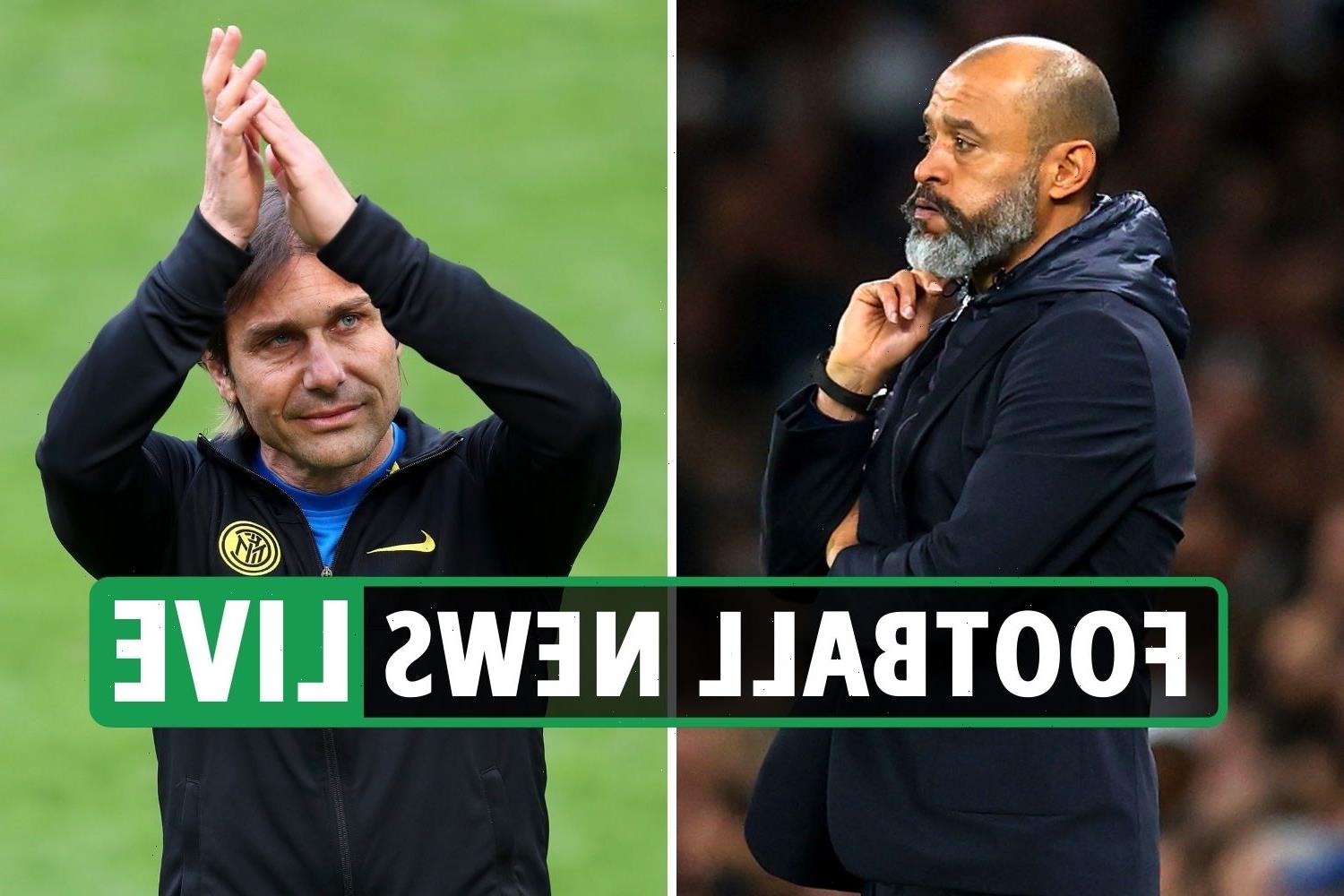 TOTTENHAM are reportedly ready to go back in for Antonio Conte as Nuno Espirito Santo's job hangs by a thread.

The Spurs boss was greeted with chants of "you don't know what you're doing" during a 3-0 loss to Man Utd.

Meanwhile Antonio Rudiger has confirmed he is happy at Chelsea despite speculation linking him with Liverpool and Man City.

And former Arsenal boss Unai Emery is the new favourite for the Newcastle job.