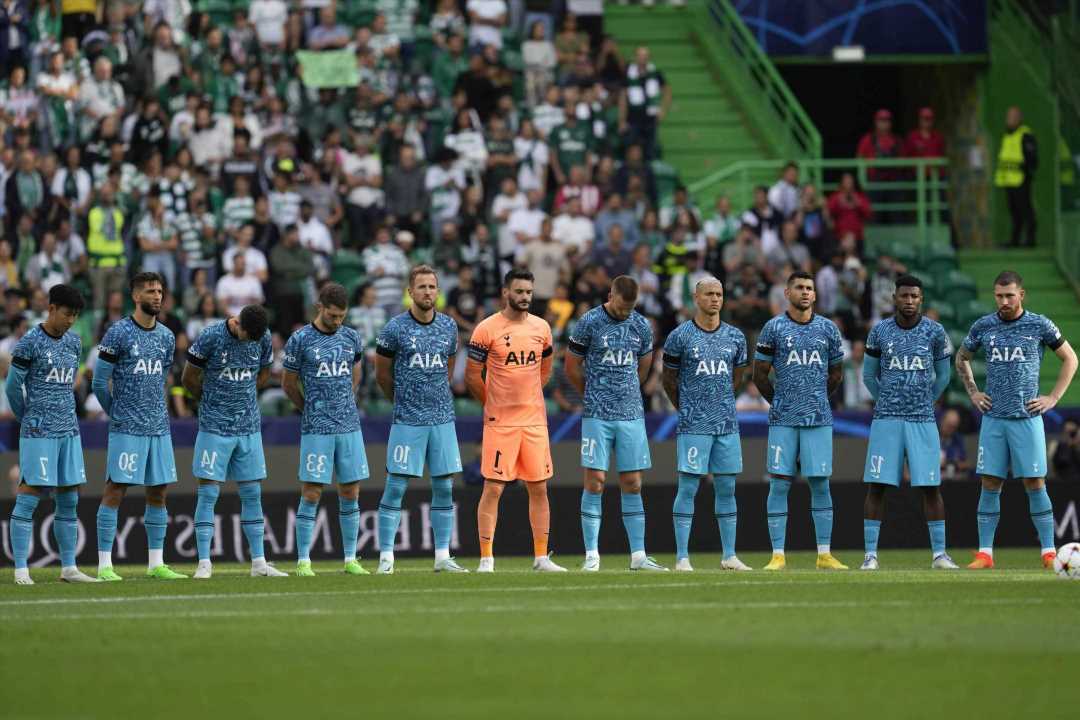 A SECTION of Sporting Lisbon fans refused to honour Queen Elizabeth II during the minute's silence ahead of their Champions League clash against Tottenham.

Both teams were paying their respect to the late Queen, who sadly passed away at the age of 96 last week. 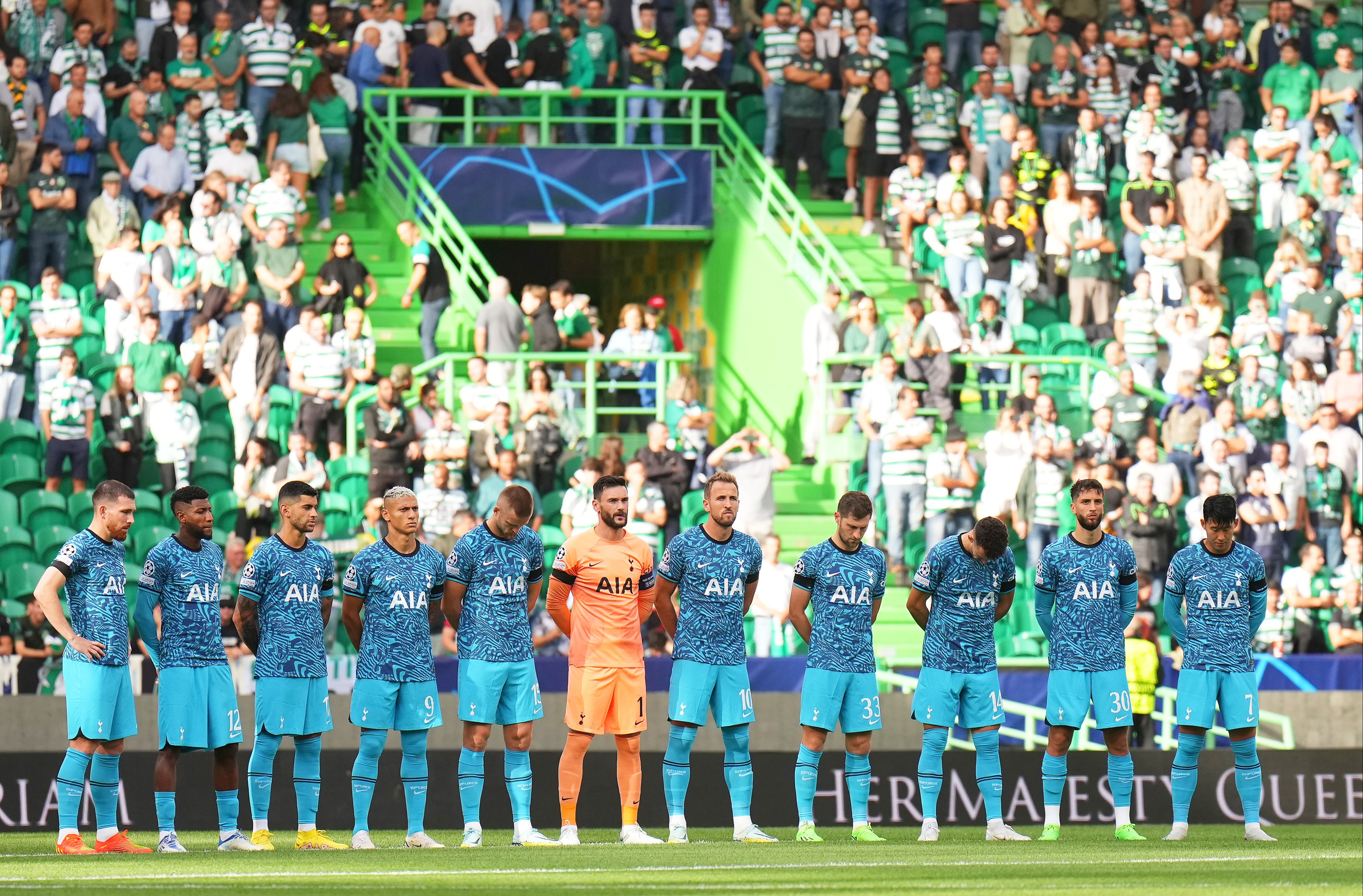 Spurs, who had their clash with Manchester City postponed following Her Majesty's tragic passing, were given the green light for their match in Lisbon to go ahead.

As a mark of respect, players are competing with black armbands at the Jose Alvalade Stadium.

And prior to the match, both sets of teams gathered in the centre circle to hold a minute's silence for the Queen.

But a number of the home faithful refused to take part, as they continued chanting to leave social media in shock.

Another commented: "Sporting fans a disgrace during the minutes silence there."

A third added: "Sporting fans being idiots during the minutes silence for the Queen. Why am I surprised?"

This person then raged: "Disgusting from the few Sporting fans."

Most read in FOOTBALL 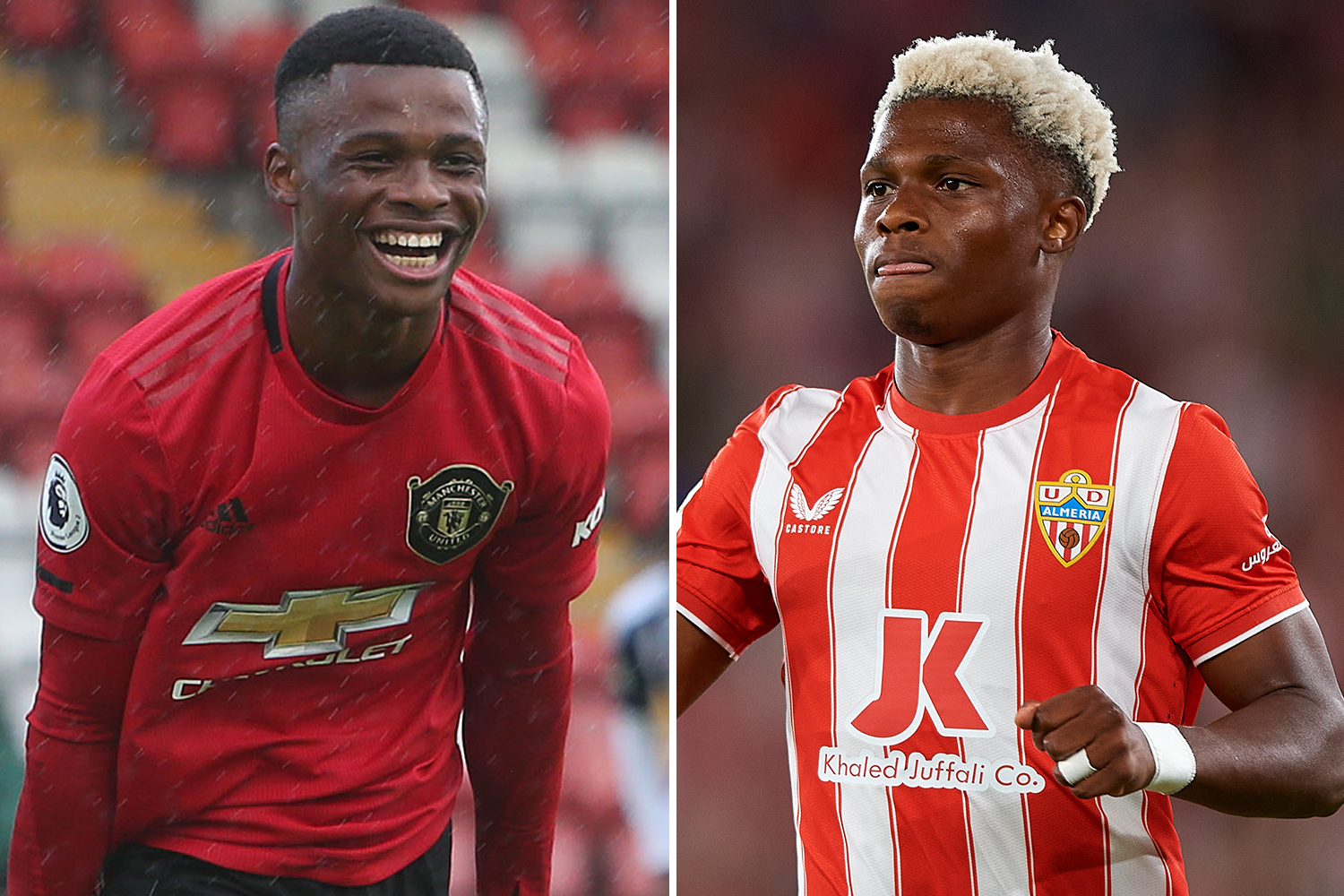 Celtic boss Postecoglou on Brighton shortlist after impressing OFF pitch

One supporter then messaged: "Poor from Sporting fans shouting out during minutes silence for the Queen."

And another fumed: "Sporting should be ashamed of your fans for making all that noise during minutes silence absolutely shocking."

Prior to Spurs' trip to Portugal, boss Antonio Conte revealed he paid his respects to the Queen by laying flowers outside Buckingham Palace on Friday.

He said: "What happened in the last few days in England is something extraordinary.

“Honestly, on Thursday, we were all sad because we are talking about a person whose service for this country was outstanding.