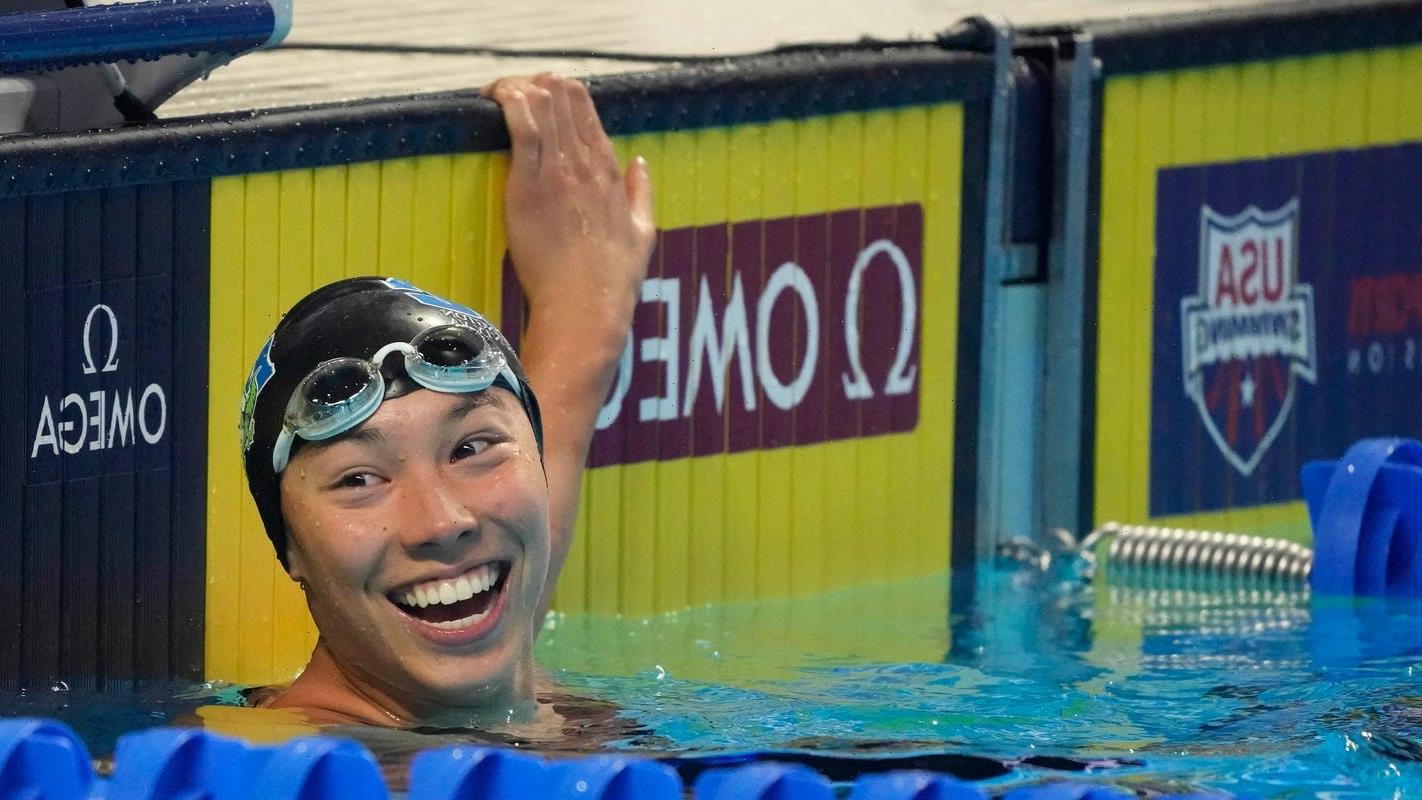 Torri Huske, 18, from Arlington, Virginia, broke her own American record in the women’s 100-meter butterfly Monday night to qualify for the Tokyo Olympics.

Her time of 55.66 seconds is the fastest in the world this year.

In Sunday’s semifinal, Huske swam 55.78 to break Dana Vollmer’s nine-year-old American record. Huske is a senior at Yorktown High School who will swim for Stanford in the fall.

Huske lowered her personal bests in three events during the pandemic.

“I can’t believe it,” Huske said Monday. “I feel like it’s just easier to focus on one thing. I feel like I get really honed in.”

THE FUTURE IS NOW.

Huske's mother, Ying, is a native of Guangzhou, China, who moved to the United States in 1991.