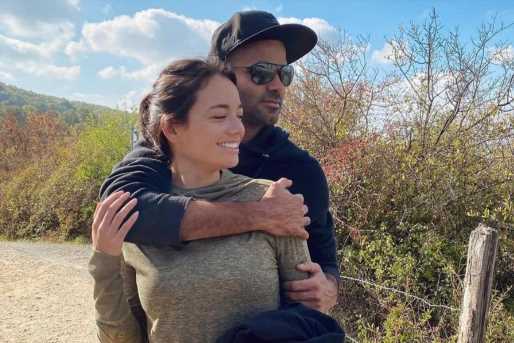 Tony Parker and Alize Lim are an item.

The new couple made their romance Instagram official with cozy new photos.

The Spurs legend, 38, was first to make the relationship public, having shared a pair of photos with the French tennis star late last month. His caption, which included a simple heart emoji, made it clear that he’s officially off the market, following his divorce from Axelle Francine in August.

Parker confirmed the separation last summer in note on social media that read in part: “After nine years together, during which we shared a lot of happiness and raised two wonderful children, Axelle and I have decided to end our union.” He added, at the time, that the separation “will be guided by complete mutual respect and the preservation of well-being of our two sons,” Josh and Liam — respectively born in 2014 and 2016.

Lim, 30, took to Instagram on April 11 to confirm her relationship with Parker. She shared a photo of the couple cozied up outdoors with the caption, “Perfect and reinvented measure, wonderful and unforeseen reason.”

Fans and sports stars alike are already shipping the new couple, including Washington Mystics star Alysha Clark, who declared Parker and Lim as “too cute’ in the comments of Parker’s post.

Parker, who was part of four of the five Spurs championship teams, is known for his high-profile romances with some of Hollywood’s elite. His first marriage was to actress Eva Longoria, who he began dating in 2004. They went on to marry in Paris in 2007, and Longoria eventually filed for divorce in November 2010 — following Parker’s infamous “sexting” scandal with Erin Barry, the then-wife of fellow Spurs player Brent Barry. The Barrys have since split. Parker and Longoria’s separation became official in 2011.

Parker retired from the NBA in 2019, after playing one season with the Charlotte Hornets. While he resides in San Antonio — where he spent the majority of his NBA career with the Spurs (2001-18), who drafted him with the 28th overall pick in the 2001 NBA Draft — he spends a lot time in France as the president of the ASVEL basketball club.