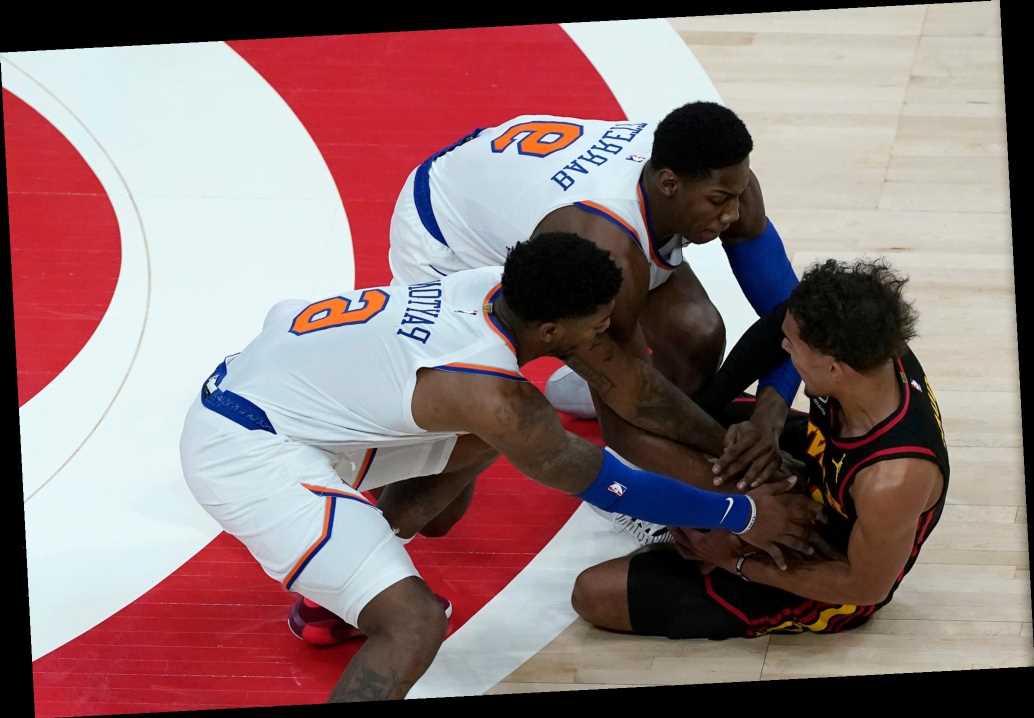 We lost so many sports legends in 2020

A funny thing happened to the Knicks on this night

Rushed start to season taking a toll on Knicks, NBA

Most of the buzz this morning will center around the kid, around Immanuel Quickley, whose initials — IQ — tell a large segment of his story and whose fearlessness has been something to behold during this early-season Knicks surge. It should be that way. He is a fresh face, with young legs, owning a game that jumps off the screen at you.

“I try to be a leader,” Quickley said, and the Knicks haven’t seen a player this young demand — and command — this level of immediate governance since Mark Jackson and the halcyon days of MSGU 33 years ago.

But the thing that will keep you coming back, that has to keep you coming back, is the way these Knicks, so far, every night — and, yes, it is only seven games, but they have been seven mostly impressive games — play together, play hard, play defense, look to make both the big plays and the little plays. You win games that way.

And after this feel-good 113-108 taming of the high-flying Hawks in Atlanta on Monday night, the Knicks, officially, are a winning team: four wins against three losses but, as important, a collective attitude that screams: Give us a look. Give us a try. We’re worth your time. We can be a thrice-weekly destination for you.

And when was the last time anyone wearing the blue-and-orange vestments of the Knicks could say that with a straight face?

“We didn’t play great but we found a way to win,” Knicks coach Tom Thibodeau said. “I love the fight in the team.”

That is what you are hearing more and more, as the long-dormant optimists of Knicks Nation shake off their caution, wiggle free of their skepticism, and begin to embrace what they are seeing. The Knicks of lore, of course, are remembered as a hit-the-open-man tribute to team ball, to the whole being more than the sum of parts, no matter how gifted those parts are. In 1970 and ’73, those parts were mostly Hall of Famers.

In these opening hours of 2021 they are comprised of a gaggle of 20-something players and a soon-to-be-63-year-old coach who have bought into each other. Thibodeau asks the Knicks to share the ball, share the credit, shoulder the blame, and often play more minutes than they’re used to because injuries have already bloodied up the rotation.

And the players ask the coach, who’s won almost 59 percent of his games, to teach them how to figure out ways to win games like this one, games when they seized an early 10-point lead but fell behind by 15 in the third, games that so easily can go from 15 to 25 to oblivion instead of the other way around.

Thibodeau: “They’re playing for each other. They’re tied together. Their willingness to share is huge.”

And Julius Randle offered a volley right back to the boss: “He’s a great leader. He’s given us a game plan we believe in every day and we come in locked in and believing we can win every game. We give ourselves a shot every day.”

It starts, always, with Randle, who turned in another ho-hum 28-point/17-rebound/9-assist stat line, and it has begun to percolate through RJ Barrett, too, who was good for 26/11/5.

But it doesn’t end there, and didn’t Monday. Yes, Quickley was amazing, finishing with 16 points in 19 minutes. Yes, for a second straight game, Austin Rivers came off the bench and played brilliantly, knocking down the 3-pointer with 1:25 left that finally seemed to convince the Knicks they were going to pull this one off, finish off a 3-1 road trip.

But Mitch Robinson was solid, and stayed clear of foul trouble on a night when Nerlens Noel was unavailable. Even Kevin Knox, the much-maligned third-year swingman, played 18 productive minutes, knocking down a couple of 3s including one at the third-quarter buzzer that brought the Knicks to within 88-84 and really set up what happened all across the fourth.

“We’re mentally tough,” Barrett said. “We didn’t let the one loss [on this trip, to Toronto in Tampa on New Year’s Eve] stop us. We had to fight for this one. It’s good to see how resilient our team is. Everyone plays with an edge. Everyone contributes and that’s been great so far.”

“So far” is the counterweight that balances the hope starting to trickle across those long-suffering precincts of basketball New York. It’s understandable, and it’s fine, and it is probably necessary. Thing is: most of these players don’t have that awful burden of history. They just seem to like playing together. It’s fun for them. And they aren’t alone.