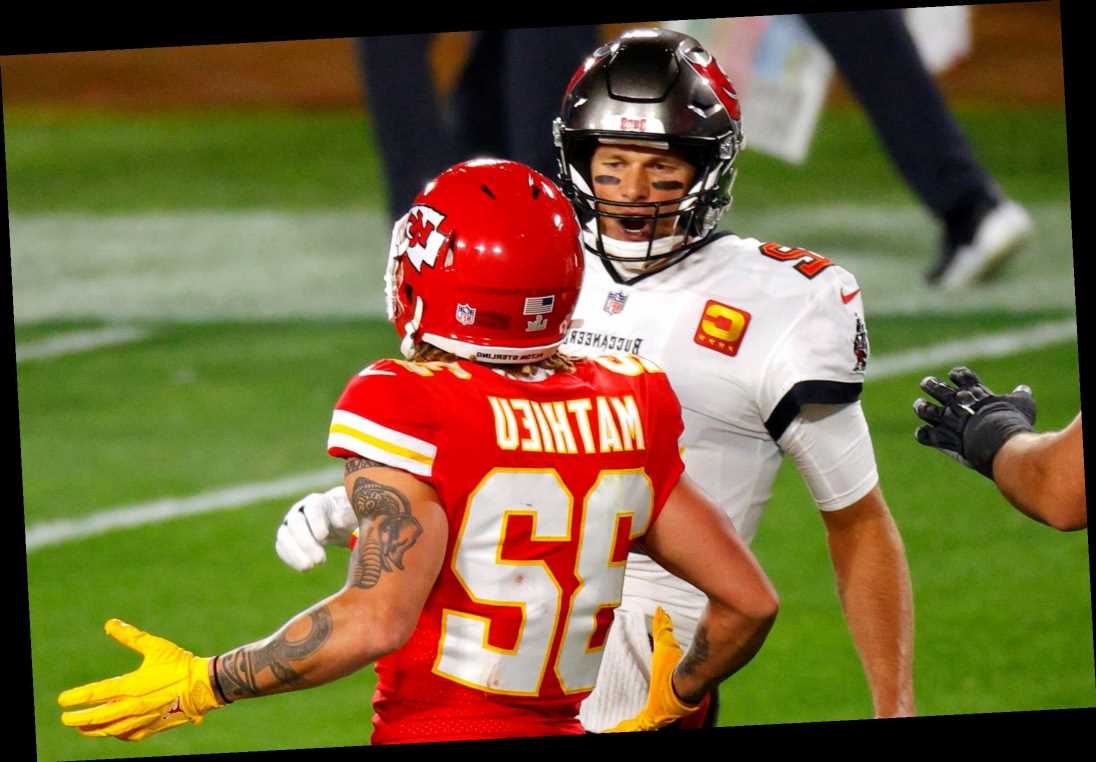 We may never hear exactly what Tom Brady said to Tyrann Mathieu during Super Bowl 2021.

The audio from the viral moment that saw Brady jawing with Mathieu after the Buccaneers’ third touchdown will not be released by NFL Films, Pro Football Talk reported. A source told the website that NFL Films does not usually release these trash-talk interactions between players.

And the story would have likely petered out shortly after the Buccaneers’ 31-9 triumph over the Chiefs, but Mathieu added intrigue to the already curious moment when he tweeted about it – before quickly deleting.

“He called me something I won’t repeat but yeah I’ll let all the media throw me under bus as if I did something or said something to him,” Mathieu wrote after the game.

NFL Hall of Famer Michael Irvin, who is an analyst on “Inside the NFL,” said he heard the audio and there were no racial slurs used by Brady.

“I didn’t like that Tyrann Mathieu put that out like that,” Irvin told “The Rich Eisen Show.”

Irvin said the show’s producers told him not to reveal exactly what the exchange was. And the Cowboys great will likely be one of the few to know exactly what was said.