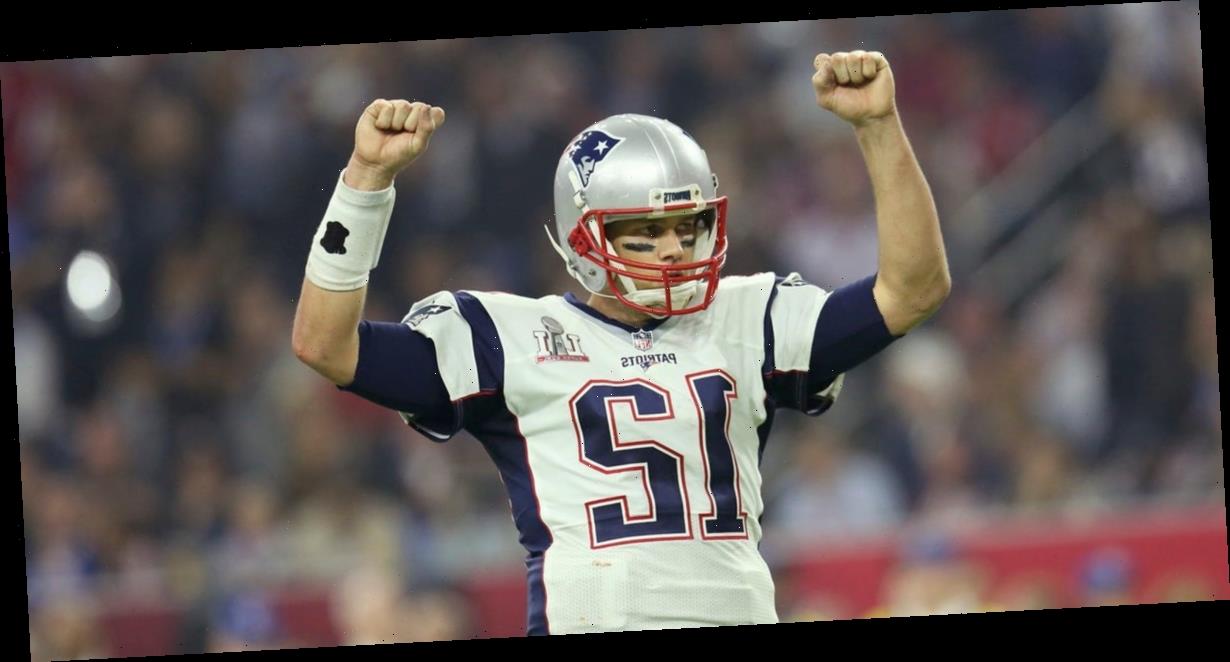 Tom Brady is getting set to play in his 10th Super Bowl.

Brady is 6-3 in the Super Bowl during his career, creating a mix of stunning achievements and downfalls en route to becoming the widely accepted Greatest of All Time.

Some of his most iconic moments are failures, but ultimately, his best plays include several game-winning drives, including a wild 25-point comeback against the Falcons.

Will Brady add to his legacy with the Buccaneers?

Here are Brady’s most iconic moments in the big game:

Sure, it’s a dropped catch/missed opportunity, but live, this was a breathtaking play as the ball seemed to hang in the air forever. Brady showed he has a big arm when he wants to use it, and came a few inches from one of the most spectacular throws in Super Bowl history. Ultimately, the play is known as the moment that helped the Giants pull off a stunning defeat over the 18-0 Patriots.

7. Brady reacts to Malcolm Butler's game-winning interception vs. the Seahawks in Super Bowl 49.

Malcolm Butler, of course, gets the credit. But Brady’s reaction, from standing helplessly on the sideline to jumping up and down like a little kid, made the moment even greater.

6. Brady drives 37 yards to set up the game-winning field goal vs. the Panthers in Super Bowl 38. 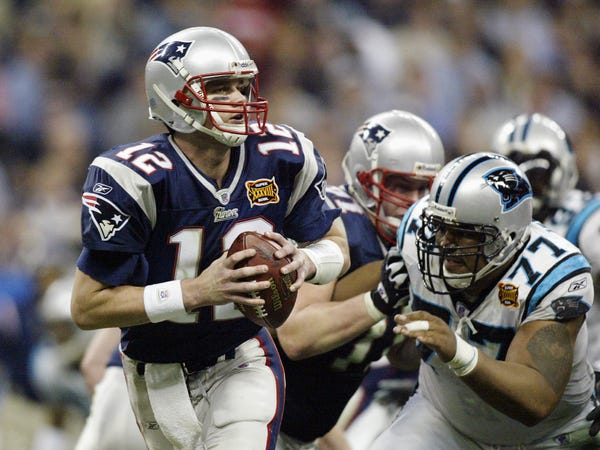 Brady got the ball with 1:08 left in the game and the score tied and completed 5 of 6 passes to get the Patriots into field goal position. He let Adam Vinatieri do the rest.

5. The pass to Julian Edelman and the circus catch vs. the Falcons in Super Bowl 51.

This one may seem a little low, considering the moment, but only because Edelman did the brunt of the work. In fact, Brady’s throw was almost intercepted!

But taken another way, Brady also stood strong in the pocket, got rid of the ball with pressure bearing down on him, threw it over 20 yards, and put enough mustard on it that the Falcons couldn’t quite come down with the pick. It’s still the throw that set up one of the top five Super Bowl catches ever.

4. Brady drops a first down vs. the Eagles in Super Bowl 52.

Hey, they can’t all be good! The Patriots ran a trick play that got Brady open for a first down, and he just couldn’t come down with the ball. That drop proved to be crucial in a high-scoring affair, and Brady’s outstretched arms became a permanent NFL meme.

3. Brady leads a 57-yard drive for the game-winning field goal vs. the Rams in Super Bowl 36. 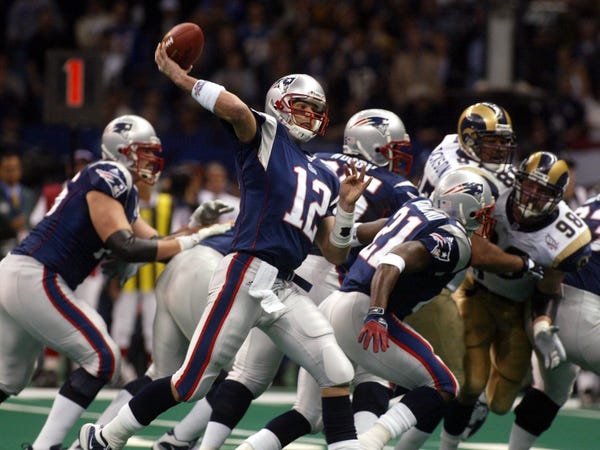 In Brady’s first Super Bowl, he showed the clutch gene that is now notorious. With 1:21 left on the clock, Brady completed 5-of-8 passes to set up Vinatieri for the game-winning field goal. The first of many!

2. Brady leads a 65-yard fourth-quarter drive to give the Patriots the lead over the Seahawks in Super Bowl 49. 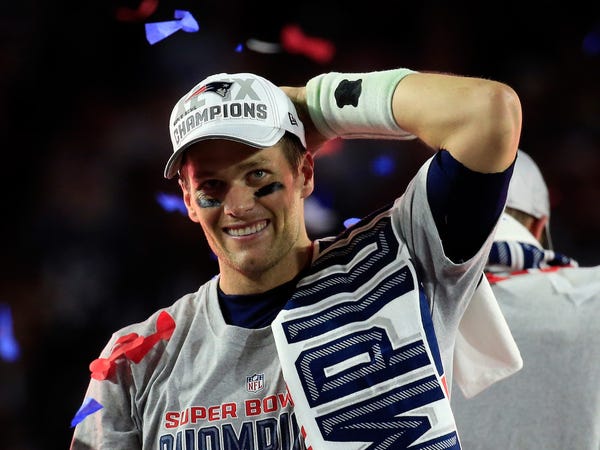 Brady completed 9-of-9 passes over four minutes, cutting up one of the NFL’s all-time great defenses. He eventually found Edelman on a three-yard pass for the go-ahead score, and ultimately, the game-winning touchdown. He finished the game with a then-record 37 completions.

1. Brady and the Patriots scores on five straight possessions to come back from a 28-3 deficit vs. the Falcons in Super Bowl 51.

Sure, it’s not an individual moment, but collectively, Brady leading the Patriots to an historical, improbable comeback cemented his GOAT status. He finished the game with 433 yards on 42-63 passing with 2 touchdowns, and 1 interception. Not his cleanest performance, but it got the job done. 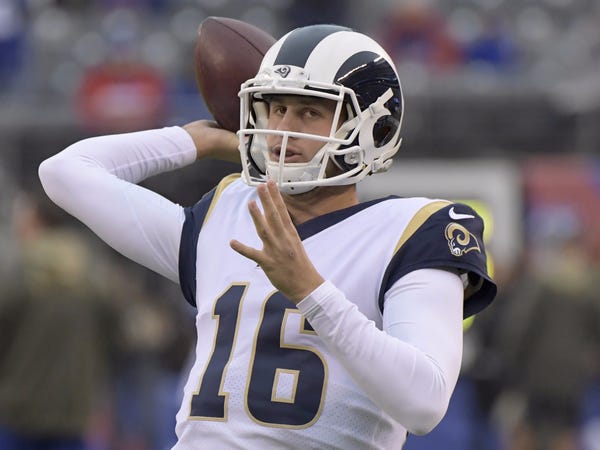 The 28 people who will determine the outcome of Super Bowl LIII, ranked >