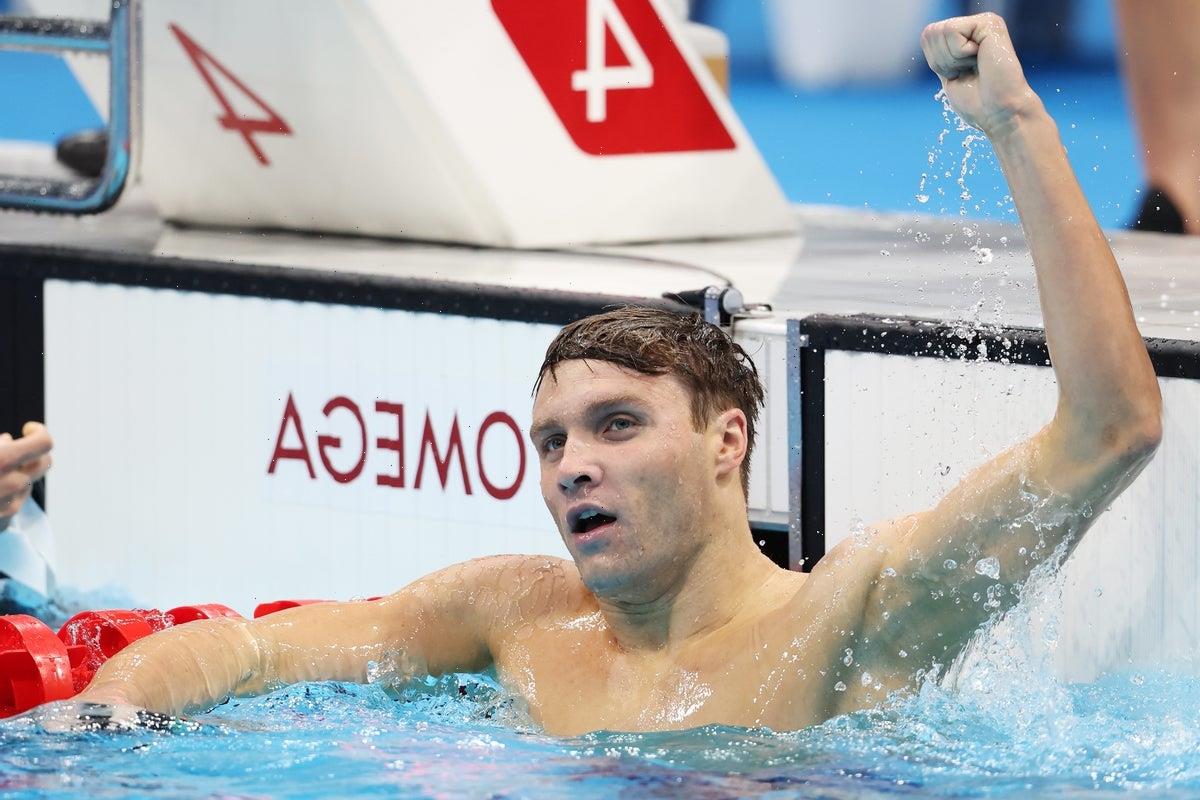 Robert Finke of Team United States celebrates after winning the gold medal in the Men’s 800m Freestyle Final on day six of the Tokyo 2020 Olympic Games at Tokyo Aquatics Centre on July 29, 2021 in Tokyo, Japan.

Team USA’s Robert Finke charged to a gold medal with a stunning late burst in the 800m freestyle final.

The 21-year-old Floridian, who came from fifth place and trailed German Florian Wellbrock at the final turn, needed every ounce of strength and speed to overtake his rivals and touch first at the end of the long-distance race.

Finke edged out Italian Gregorio Paltrinieri into silver medal position, and Mykhailo Romanchuk of Ukraine landed the bronze medal, ahead of Wellbrock in fourth place.

All four swimmers were separated by just eight-tenths of a second at the end of the 16-lap race.

Finke’s thrilling win came just days after he broke the American record for the distance during his qualifying heat in Tokyo.

The Clearwater native, who goes by the name Bobby, graduated from Countryside High and is now a senior on the University of Florida’s swim team.

The 6ft tall athlete was nicknamed “wildman” as a child, his parents told News Channel 8.

“Because he’s not afraid to do anything,” said his dad, Joe Finke.

“The lifeguards would say Bobby is coming, we have to put another lifeguard in the chair!” added his mother, Jeanne Finke.

“MY BROTHER IS AN OLYMPIC GOLD MEDALIST,” she wrote.

Finke is competing in his first Olympics and it is the first gold medal for an American man in a distance race since 1984.

The men’s 800m freestyle was added to the Olympics for the first time in the Tokyo games, along with the women’s 1,500m freestyle, which Katie Ledecky won on day five of the games.