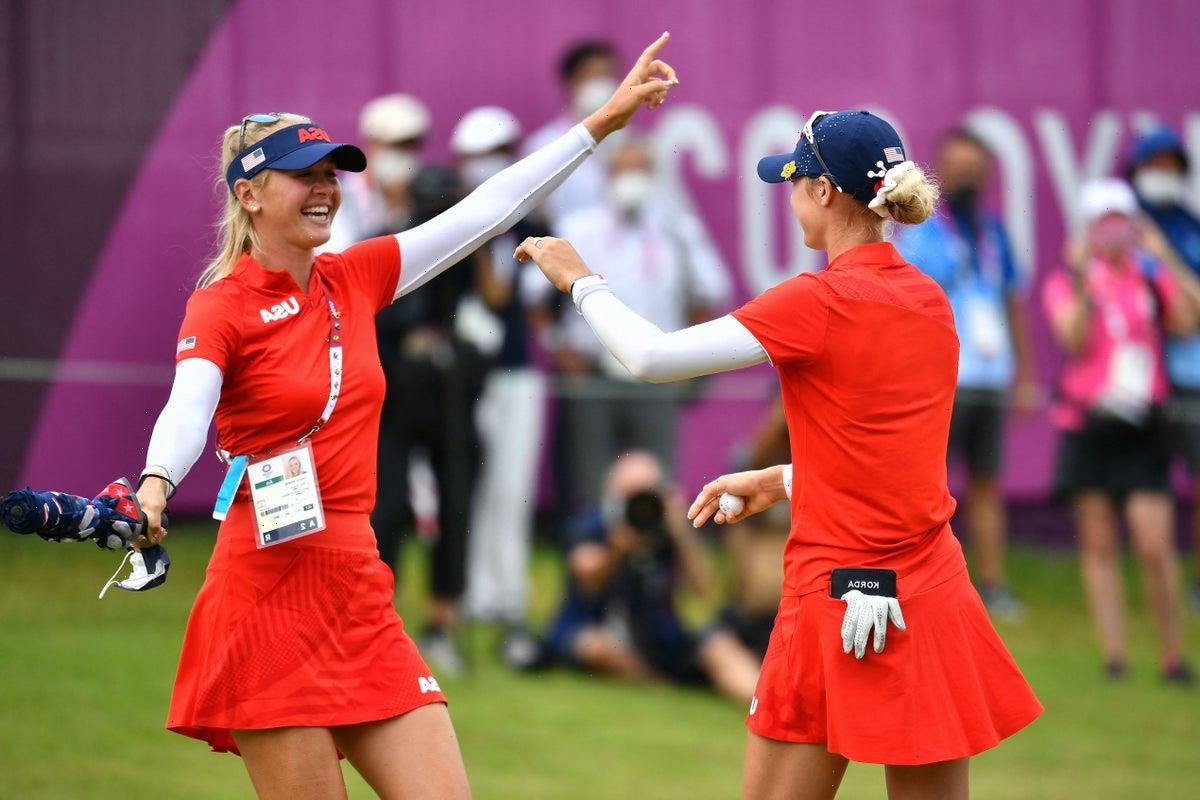 Nelly Korda has given Americans a sweep of gold medals in golf, holding on for a one-shot victory in a thrill-a-minute finish to the Olympic women’s golf competition.

Korda led by as many as three shots on the back nine. In the end, she needed two putts from just inside 30 feet on the 18th hole for par and a 2-under 69.

Mone Inami of Japan made bogey from a plugged lie in the bunker on the 18th hole and faced a playoff against Lydia Ko of New Zealand for the silver medal. For the 23-year-old Korda, it was another glittering moment in her dream season. She won her first major championship six weeks ago and rose to No. 1 in the world for the first time.

Now she has an Olympic gold medal and leaves no doubt who’s the best in women’s golf. Xander Schauffele won the gold for the men last Sunday. Aditi Ashok of India delivered one of the great putting performances to stay in reach. She had a 25-foot birdie putt on the 18th that slid by the hole and kept her off the podium by one shot.

(With inputs from agencies)