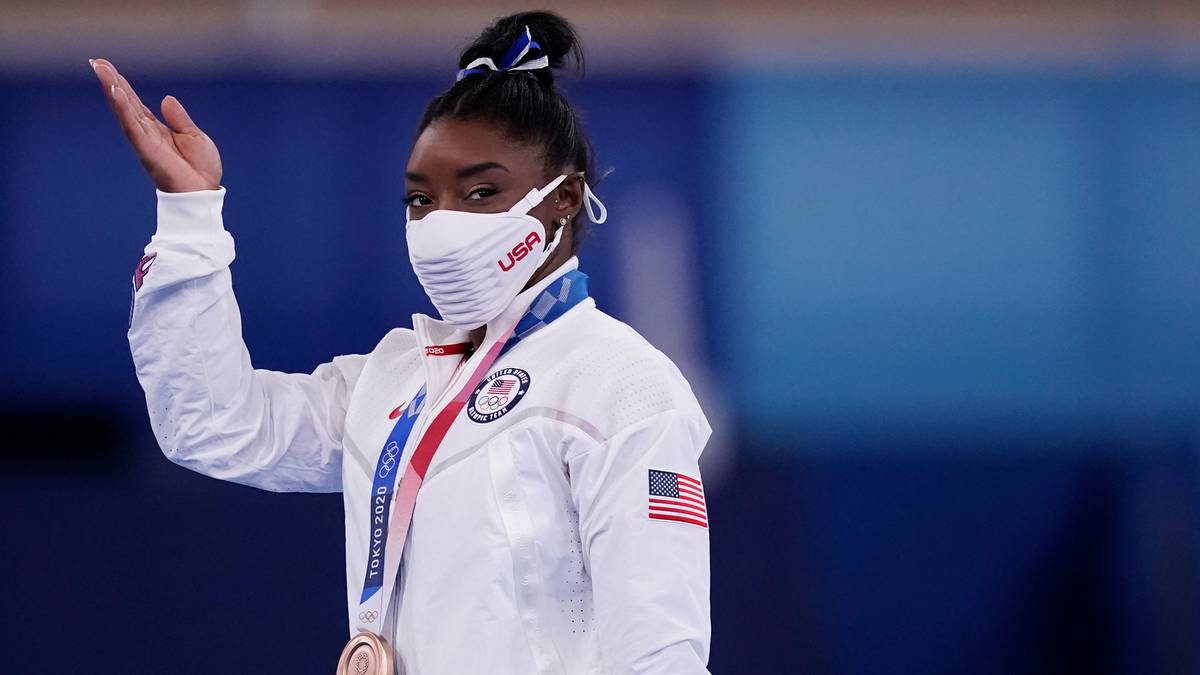 Simone Biles was struggling with more than just her own inner demons this past week.

Speaking to reporters after returning to the Olympic competition and winning bronze in the beam final on Tuesday, the American gymnastics star revealed her aunt “unexpectedly” died while she was in Tokyo.

That tragedy struck on top of Biles’ struggle with the “twisties”, which forced her to withdraw from the team final and most of her individual events.

“That was another one,” Canqueteau-Landi told People, referring to the death of Biles’ aunt.

“She called her parents. She said, ‘There’s nothing I can do from over here. So I’m just going to finish my week and when I get home we’ll deal with it.'”

Full Kiwi schedule below. Click on a name to see athlete’s bio, upcoming events, past Games performance and medal chance.

Biles was only cleared to compete on the beam after getting evaluated by the US Team’s training staff, having withdrawn from all her other individual events: the all-around, vault, uneven bars and floor.

“I’m pretty happy. I wasn’t expecting to medal, I just came out here and tried to do a good beam set,” Biles said.

“Just to have one more opportunity to compete at the Olympics meant the world to me.”

She revealed she had switched to a different dismount “at the last minute”, swapping from her usual twisting dismount to a double pike (which doesn’t involve any twisting), because of “everything that’s been going on”.

“I had nerves but I felt pretty good,” said Biles.

“I was a little bit nervous for the dismount, just because we had to switch it, and I probably haven’t done a double pike dismount since I was 12 years old. So it was kind of hard to control that.”

She stood by her decision to withdraw from the team final, in which the US wound up winning silver.

“I know some of us are going through the same things, and we’re always told to push through it. But we’re all a little bit older now, and we can kind of speak for ourselves,” she said.

“At the end of the day, we’re not just entertainment, we’re humans. And there are things behind the scenes that we’re also trying to juggle, as well as sport.

“My mental and physical health is better than any medal.”

If you aren’t familiar with the twisties, feel free to check out the handy explainer we wrote last week. But here’s the short version.

Gymnasts usually know exactly where they are while they’re flipping and twisting through the air. When the twisties strike, they lose that spatial awareness. Suddenly they have no idea where they are or, crucially, where they’ll land.

This isn’t like a cricketer suddenly forgetting how to play a cover drive, or a tennis player losing her ability to read the spin on the ball. It’s extremely dangerous, because it puts the gymnast at risk of landing badly and suffering a catastrophic injury.

The twisties can hit at any time, for no apparent reason, and they can affect anyone. Even the greatest gymnast of all time, Simone Biles.

Speaking to NBC after winning bronze, Biles was asked about the backlash, from some quarters, to her withdrawal from the team event. She highlighted the biggest false narrative she felt was being pushed.

“That I was at no risk, and mental health isn’t a serious issue. That it was basically a cop-out,” she said.

She told NBC she was “very shocked” to have won a medal on the beam.

“This means more than all of the golds, because I have pushed through so much the last five years, and the last week while I’ve been here,” said Biles.

“It was very emotional, and I’m just proud of myself and just all of these girls as well.”

“We’ve had a lot of tears combined because as much as we’re happy for Team USA, in the back, it was a little heartbreaking to know that she could have been out there and she could have, hopefully, earned some medals as well,” said Canqueteau-Landi.

“But she was the best cheerleader. She wanted to be here, she wasn’t forced. That was her own will to be here, and she was really proud of all of them.”

Biles was in the stands cheering on her teammates during the events she missed.

Every member of the roster – Biles, Suni Lee, Jade Carey and McKayla Skinner – ended up winning at least one medal in Tokyo. Lee won gold in the all-around competition.

Canqueteau-Landi competed at the 1996 Olympics, and retired from elite competition in 1999. She praised Biles for having “the guts” to withdraw and protect her safety.

“I don’t think I would have had the guts to say I’m not OK,” she said.

“I think I would have probably just crashed somewhere, and probably injured myself. I think for me, she’s the first one at a meet at the biggest stage to say, ‘I’m not OK.’ A lot of people don’t understand it, but we do.

“I never would have imagined someone saying it, but I know I would not have said a word. I would have just pretended to be OK, and keep going and probably not end well.”

She said Biles had been “openly talking about therapy” in recent days.

“I think, honestly, we should all do it,” said Canqueteau-Landi.

“No shame in it. And I think I might need to. It’s been one hell of a week. Some very high, some very low.”

As for Biles’ next career move, Canqueteau-Landi said it was “too early to say”, adding that she deserved “some vacation”.

At 24, Biles is already relatively old for a gymnast, but competing at the 2024 Olympics in Paris is not out of the question.

“I think she needs a good break,” said the coach.

“I’m happy for her that she gets to go back to her family, her boyfriend, her dog. She’s just going to go home and enjoy.

“Right now, it’s too early to say (about 2024) after the week she’s had. I don’t think she’s ready to commit to anything, and I wouldn’t blame her.