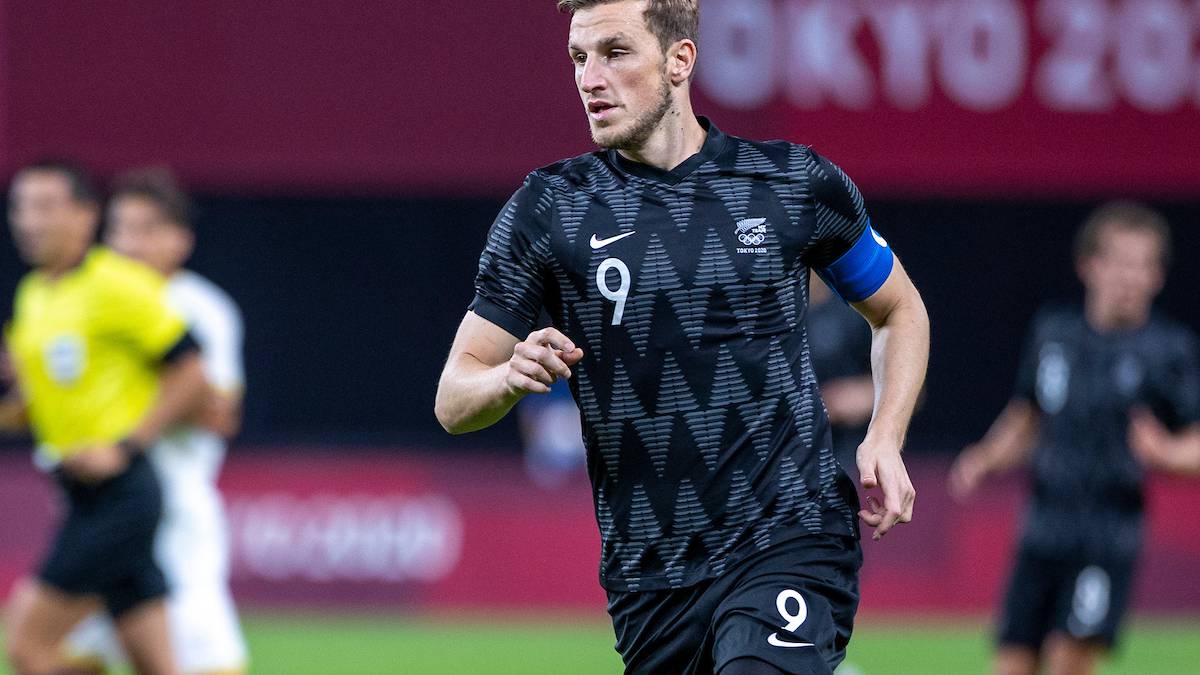 All the action as the Oly Whites take on Japan in the Olympic quarter-finals.

The Oly Whites have made New Zealand football history, progressing to the knockout stages for the first time at the Olympics.

They reached the quarter-finals after a tense 0-0 draw with Romania on Wednesday.

It’s the first time a New Zealand men’s team have made it out of their group at this level, an achievement that will be widely celebrated.

The result means the Oly-Whites finish second in Group B, above the Europeans on goal difference, with South Korea top after smashing Honduras 6-0.

It won’t get any easier for Danny Hay’s team, who will face Japan on Saturday for a place in the last four.

With so much a stake, it was always going to be a cagey affair.

It was an impressive display from the Oly Whites, who dominated possession for much of the match, though they struggled to create clear-cut opportunities against the Europeans, who defended deep in numbers.

Romania’s cautious approach almost paid dividends, as they created the best chance of the match, drawing a crucial save from goalkeeper Michael Woud.

New Zealand captain Chris Wood was well marked, with the Burnley striker restricted to a couple of half chances. Joe Bell was again prominent, while Gianni Stensness and Nando Pijanker were immense in central defence.

As the second half progressed, the Oly Whites were content to hold on for a draw, knowing their goal difference was superior to their opponents and Honduras were gone.

Hay made several personnel changes, bringing in Joey Champness, Matt Garbett, Callan Elliott and Marko Stamenic for their first start of the tournament, and reverting to a back four.

Romania always loomed as a better match-up than the unpredictable Honduras team, but the Oly Whites looked more balanced with the new shape.

They completely dominated the ball in the first half, but lacked an end product, despite some nice incursions.

A Wood free kick from 30 metres drew a great save from keeper Marian Aioani at the foot of his post. Champness created an opening in the penalty area and Wood went close again from a Joe Bell corner, with the keeper standing firm.

The Oly Whites were weaving some intricate triangles, and Champness was set free by a lovely Bell pass but couldn’t get a shot away.

Woud, who was retained by Hay despite his issues against Honduras, was forced into a good stop at his near post but otherwise not really employed in the first half.

The Europeans were restricted to hopeful long-range shots and only looked dangerous in transition, aside from a chance just before halftime, when a driven cross just eluded their striker.

The second half was even more tactical, especially from Romania. They were content to sit back in their own territory, playing almost entirely on the counter-attack.

But the strategy almost worked. After barely being in the game for the first 15 minutes of the second half, Romania should have taken the lead on the hour. From a corner, captain Marius Marin got free inside the six-yard box, but directed his header straight at the feet of a grateful Woud.

New Zealand were creating half chances, but the Europeans went closest again, with Woud tipping the headed attempt over the bar.

Pressure was building on both teams, and the Oly Whites were guilty of being sloppy in possession, sometimes pushing the pass when an easier option was on.

A superb defensive block denied Wood from 12 yards – after a rebound from Liberato Cacace cross, in one of the last opportunities for either team.

The final stages were unbelievably tense for the Oly Whites, as the Europeans finally pushed forward in search of a winner, as the New Zealanders tried to hang on. But it was comfortable enough in the end, leading to scenes of jubilation at the final whistle.