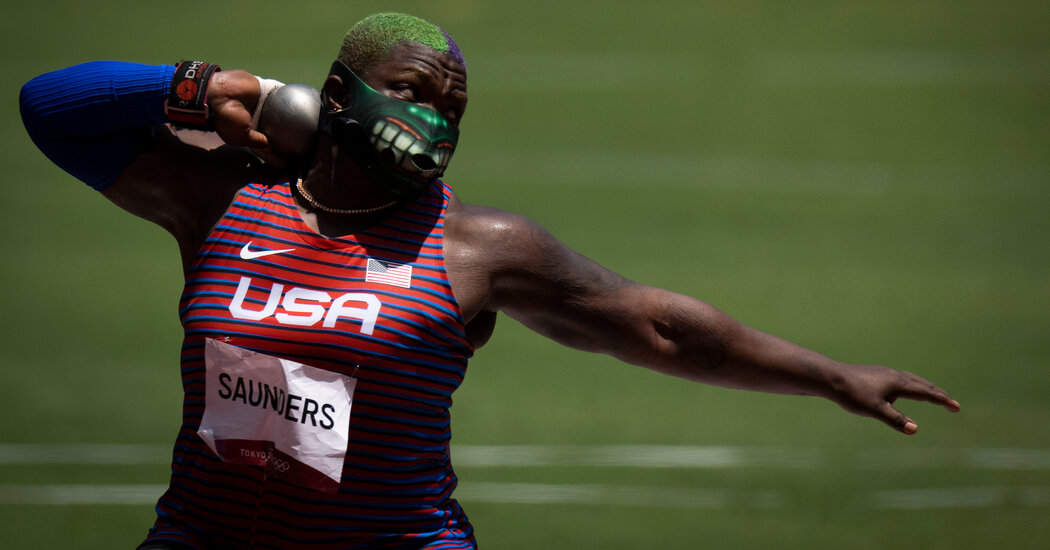 Simone Biles’s return. Competitors agreeing to a gold medal tie. A runner who fell but still won her race. The Tokyo Olympics have been a showcase for the beauty of resilience. 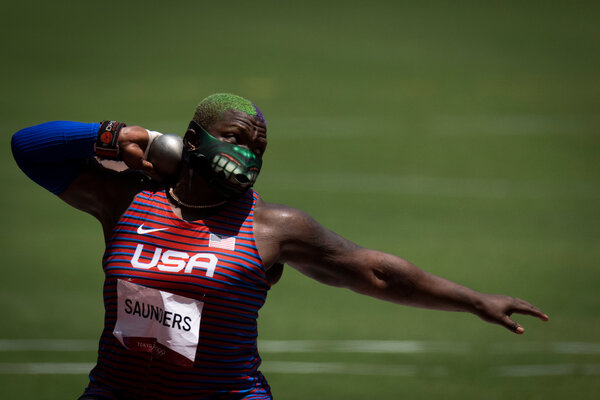 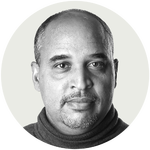 For all the controversy, for all the well-founded worry over hosting the Summer Games amid a pandemic that has killed four million globally and is currently lashing Japan, Olympic athletes have delivered again and again.

All are forms of athletic grace. In Tokyo over the last week and a half, the examples kept multiplying.

The grace of Simone Biles, bold as she came back to the fray, winning a bronze medal on the balance beam days after pulling out of the team gymnastics competition to guard her mental, emotional and physical health.

The grace of the Netherlands’ Sifan Hassan, stumbling and sprawling on the track during her heat of the women’s 1,500 meters, then lifting herself and striding from far behind to catch the other runners, passing them all to finish first.

The grace in how athletes have pulled together in Tokyo, encouraged to do so because during the pandemic they leaned on others more than ever before. One example among many: the Norwegian triathlete Lotte Miller consoling Belgium’s Claire Michel, as Michel sobbed in the moments after finishing last.

The grace in how athletes made it through the pandemic, their elite-level training disrupted. In Tokyo, there are countless stories of how they stayed in shape and kept their form.

Think of the weight lifter Hidilyn Diaz. She spent months stuck in Malaysia because of the pandemic, freelancing her training, building her own gym and working on weight sets she fashioned out of bamboo sticks and jugs of water.

In Tokyo last week, Diaz became the first athlete to win a gold medal for the Philippines.

She personified resilience, a description the International Olympic Committee has often applied to these Summer Games, as they went forward in a time of plague. Yet the I.O.C.’s effort to preserve the Olympics lacked grace.

After the Games were delayed a year, polls consistently showed that most Japanese citizens wanted them to be postponed again or canceled. Many feared the threat of the virus and of the new variants that could be brought in by the roughly 40,000 visitors, including athletes, support staff and the news media.

That alarm has proved justified. The island nation is so burdened by the coronavirus now that much of the country is in a state of emergency. This week, new cases in Tokyo reached record highs.

Meantime, the athletes live as if in a federal witness protection program. They shuttle from the Olympic Village or an officially sanctioned hotel to their athletic venues and back, their movements tightly monitored, their health status constantly probed. They are never far from a coronavirus test.

The Games represent the pinnacle for most of them, something dreamed about for years. Olympic dreams usually include visions of performing under ideal conditions in front of boisterous crowds.

Ideal conditions? Olympic organizers were determined to put on their show in the middle of the sweltering Japanese summer to drive up TV ratings. If the Games had been held in the fall, as they were when Tokyo hosted in 1964, they would have faced far more competition for viewers. Nevertheless, there has been plummeting viewership for these truly Summer Games, as athletes have been forced to perform in a furnace.

And the boisterous crowds? That possibility vanished weeks ago. At many of the open-air events, the most consistent background noise comes from flocks of cicadas.

And yet the I.O.C. brags about the show it is putting on. Criticism? What criticism? “All that is behind us,” Nenad Lalovic, an I.O.C. board member, said this week. “Nothing,” he added, “can stop us anymore.”

Forget about the spike in virus cases among Japanese citizens and those tied to athletes and Olympic staff members since the Games began. And about the epidemiologists who worry that the true effect of these Olympics on the pandemic may not be known until well after everyone has gone home.

At least we have the athletes to revel in and learn from.

I’m thinking of the determination of the runner Christine Mboma, banned from the 400-meter race, her best event, because she has a rare genetic condition that results in elevated testosterone levels. Undaunted, Mboma ran the 200 meters and won a silver medal.

I’m thinking of the high jumpers Mutaz Essa Barshim of Qatar and Gianmarco Tamberi of Italy. They chose to forgo a jumpoff that could have decided the competition and to share Olympic gold instead. They knew full well they would be blasted by those who claim that there must always be a single winner, that sharing is weak and — even worse — unmanly.

But Barshim and Tamberi embraced their tie and each other. They showed no doubt about what they valued most.

Neither did Raven Saunders, as proud and charismatic an athlete as there is in Tokyo, with her Hulk masks and her gyrating celebrations and her willingness to stand up for what she believes.

After winning a silver medal in the shot put, she defied the I.O.C.’s ban on athletes’ protesting and raised her arms in the form of an X while on the medal stand.

“I’m a Black female, I’m queer, and I talk about mental health awareness,” she told an NBC reporter, explaining the meaning of the X. “I deal with depression, anxiety and PTSD, a lot. I represent being at that intersection.”

The symbol, she said, was for the oppressed.

Then, days after winning silver, Saunders sustained a terrible loss: Her mother died.

Instead of dropping any effort to penalize her, the organization that lords over global sports said it would simply press pause before deciding whether to discipline Saunders for her display.

The Olympic organizers need to get with it. Saunders already showed she was not about to bow to their silly rules.

Like so many other athletes in Tokyo, she has too much resilience, too much grace.