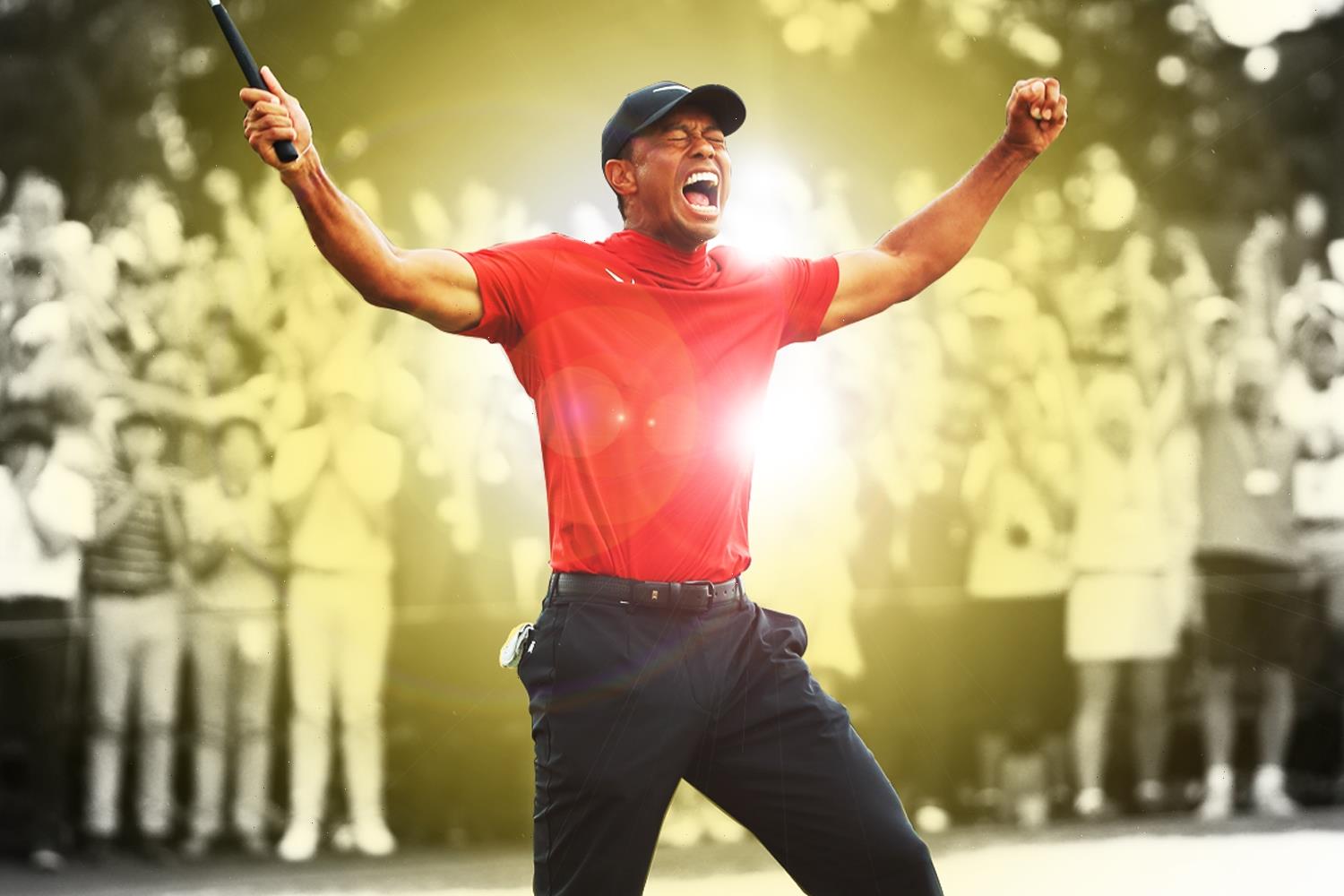 ANOTHER rainy night in Georgia has left Augusta National in receptive mood.

For the second day running, thunderstorms forced a truncated practice session, the “patrons” ordered off the course, players hustled back to the clubhouse. 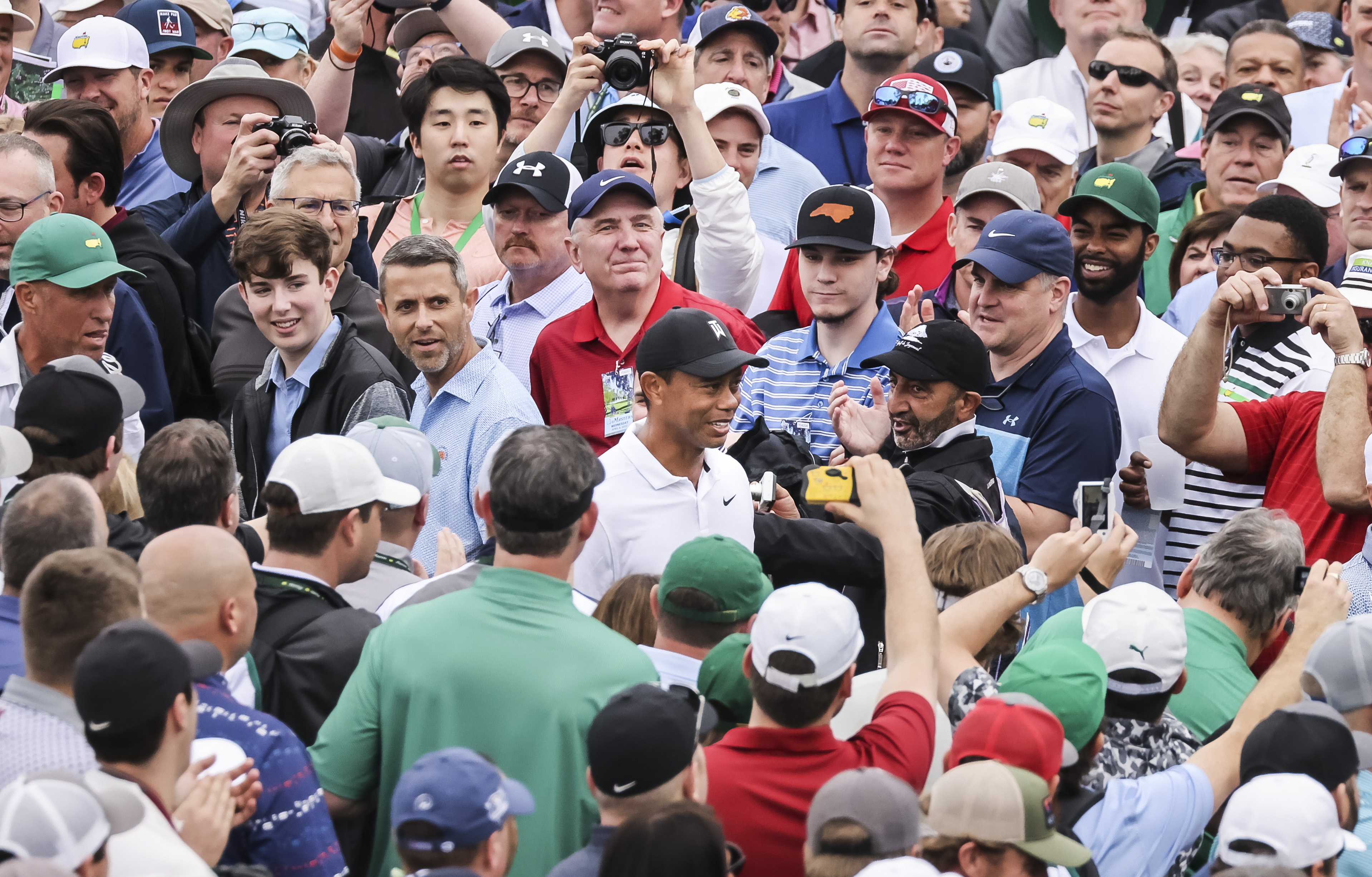 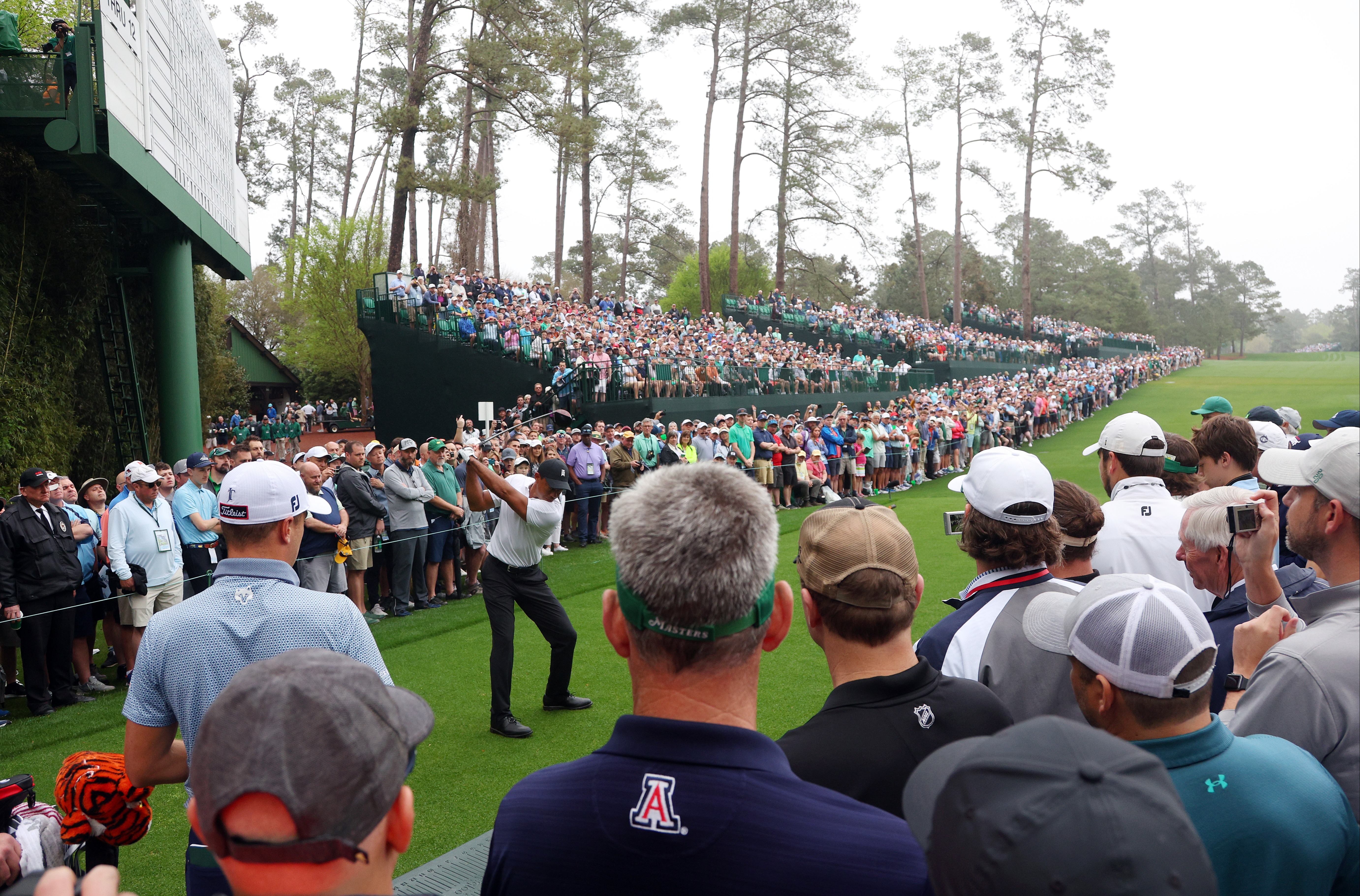 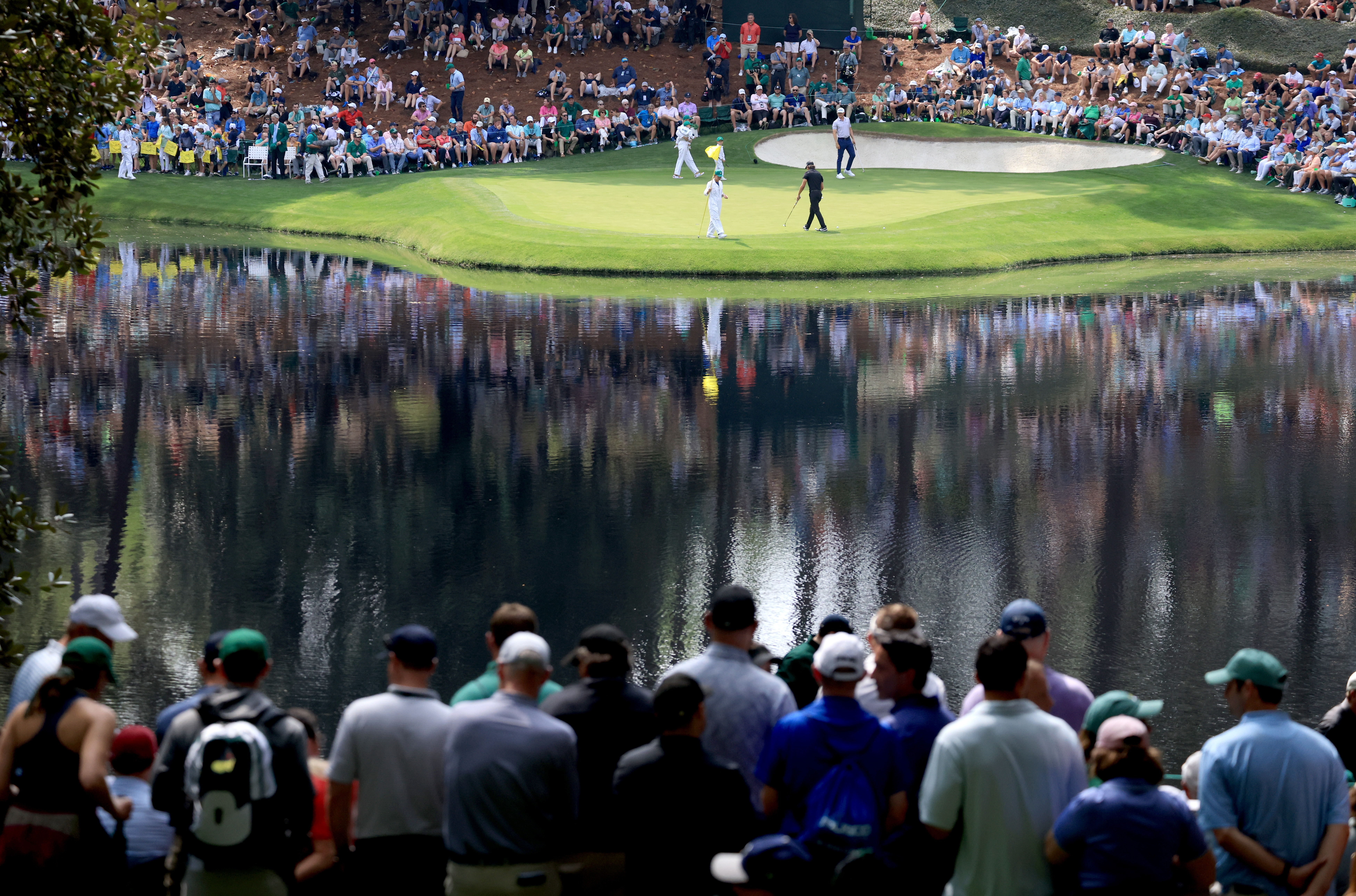 But the real electricity is at ground level, not in the heavens.

A sense of something special. Potentially unforgettable.

No prizes for guessing why.

Whatever happens over the course of the next four days, the first round of the Masters will be about one man – and a comeback story few could have envisaged.

Even if Tiger Woods misses the cut tomorrow night, he is already a winner. 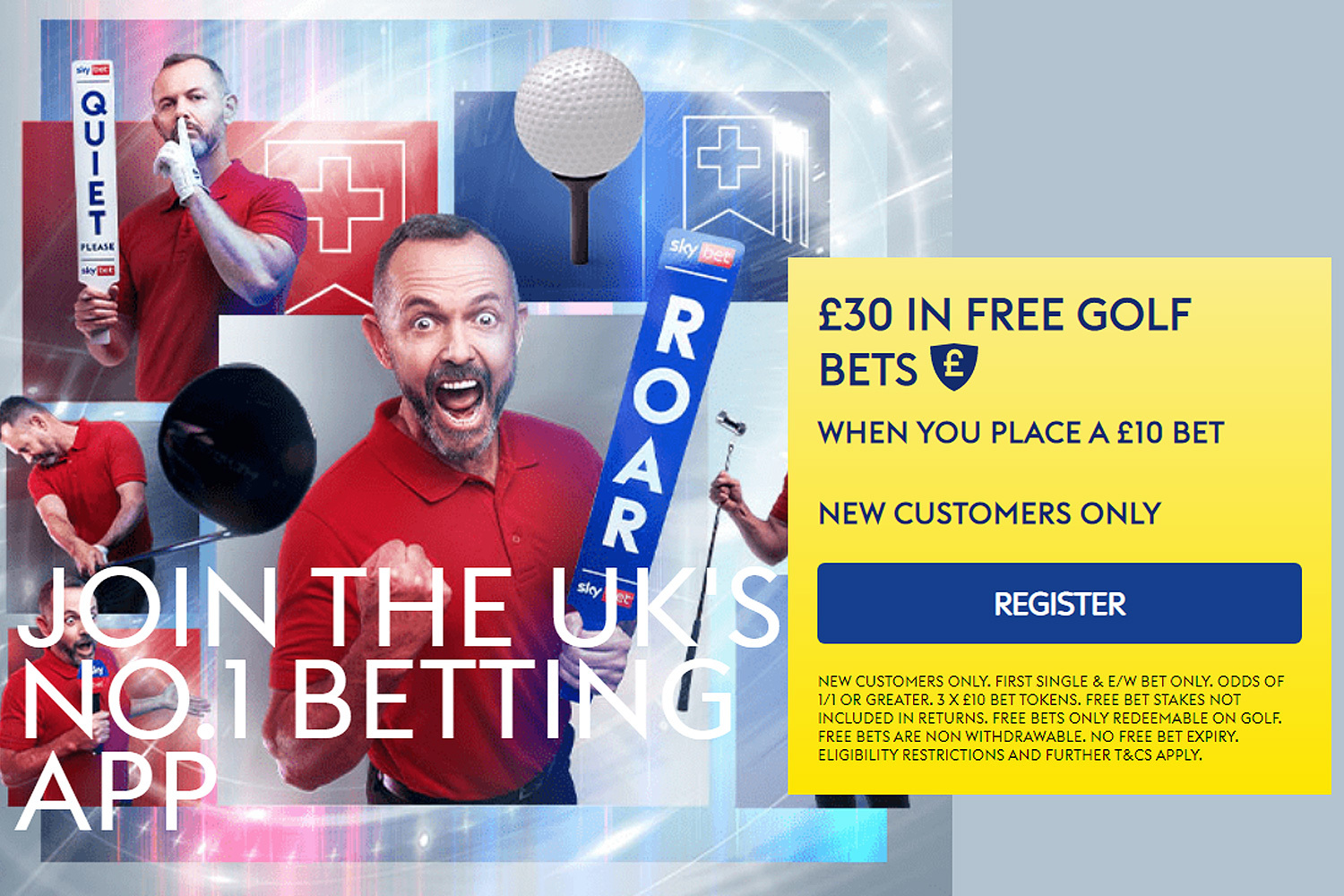 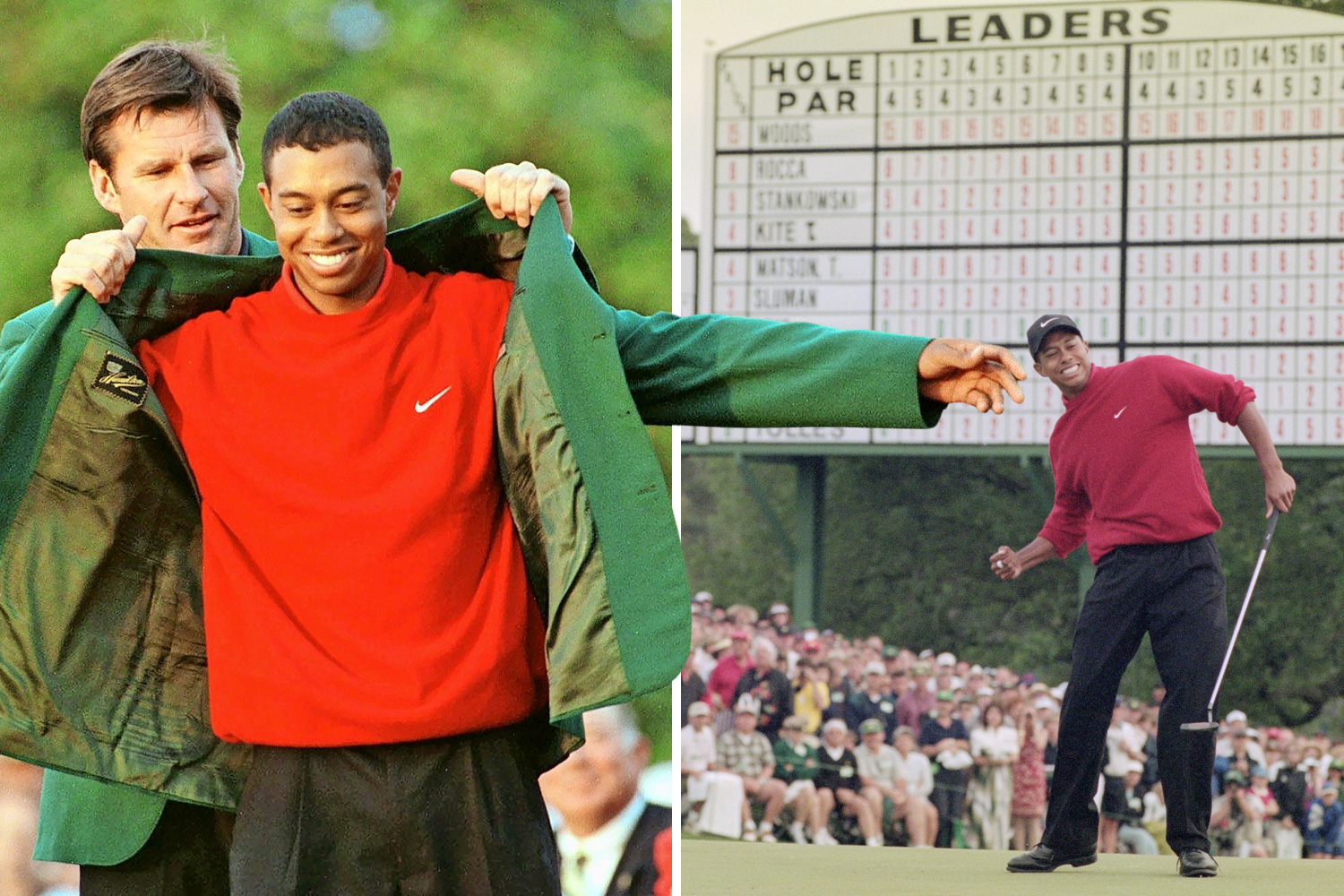 ‘He was hitting wedge, we had 3 wood’ – The day Tiger changed golf for ever

And the galleries that will accompany him along every painful step of the 7,510 yards from 1st tee to 18th green, up and down the hills and valleys, will be united in their desperation to see the greatest player of this millennium confound medics, pundits and rivals alike.

Tiger’s 2019 triumph, when even some of his keenest fans had begun to doubt he could ever recapture those days of glory, remains a beacon.

Yet by so many standards, merely striking his opening drive down the first fairway will be an even greater victory.

Pure adrenaline, that competitive spirit, will be at the core of Woods’ determination. 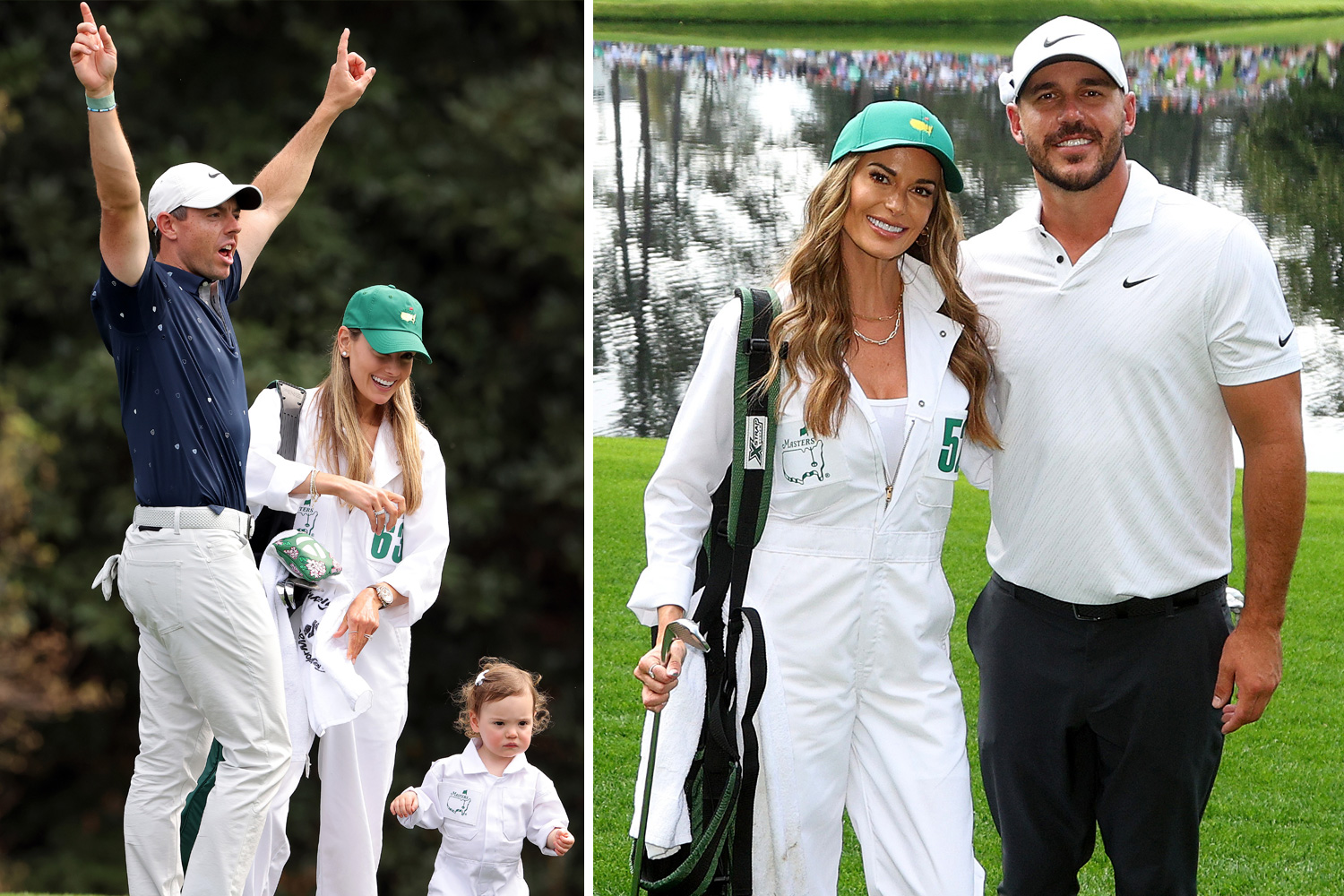 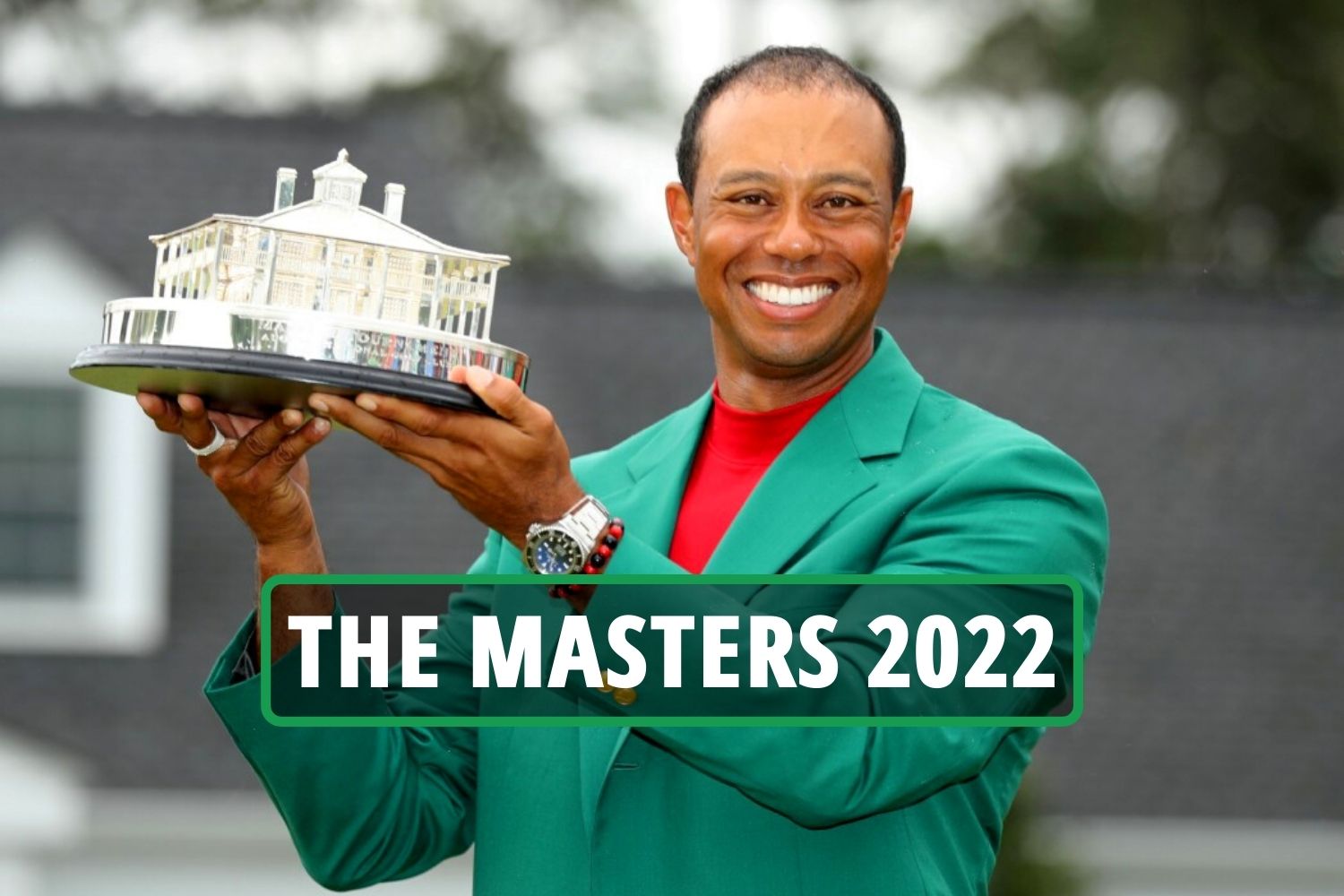 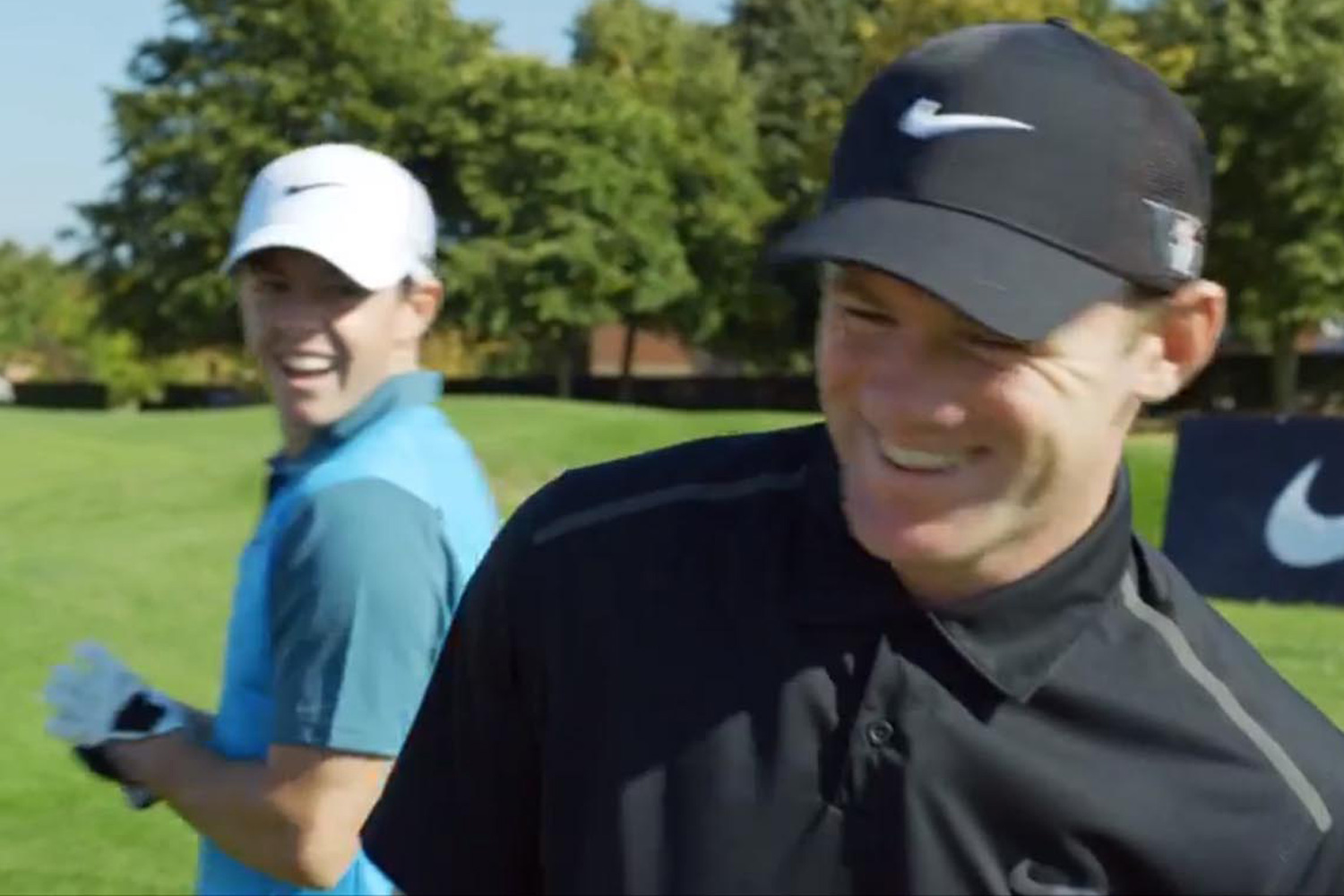 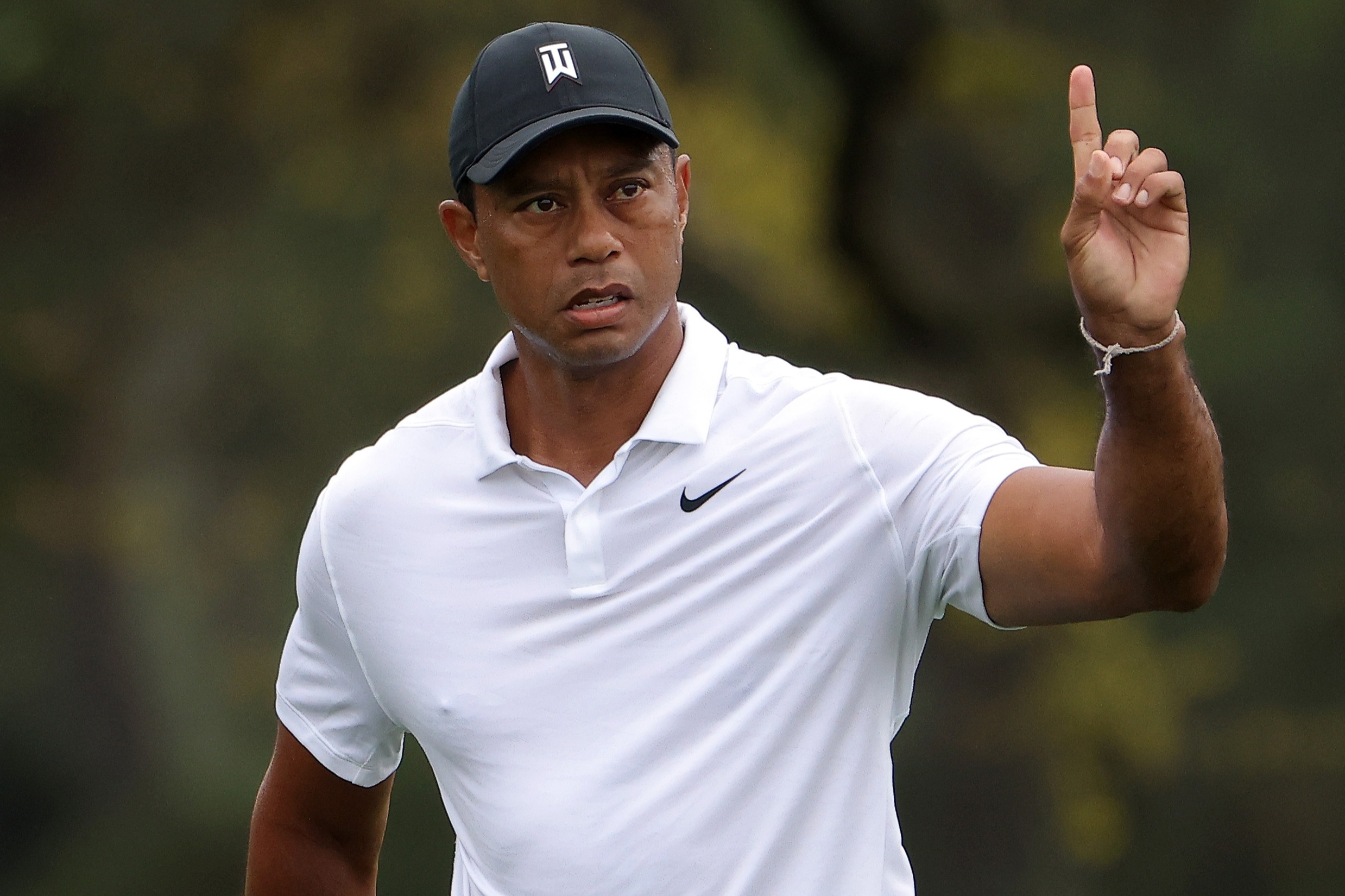 But there is more of that than usual this time round, a tournament that feels like a celebration of the sport – and the end of the worst of the pandemic that changed the planet.

In 2020, with Woods absent, the Masters was held in November, behind closed doors.

Last April, when he was still in his hospital bed, with the possibility of losing his right foot after the horror car shunt not yet abated, the crowds were heavily restricted as Hideki Matsuyama became the first Japanese winner.

But this week, even with the weather doing its best to put a dampener on proceedings, normality has been even more joyful.

Whoops and hollers, full galleries, the smell of cigars hanging in the air. 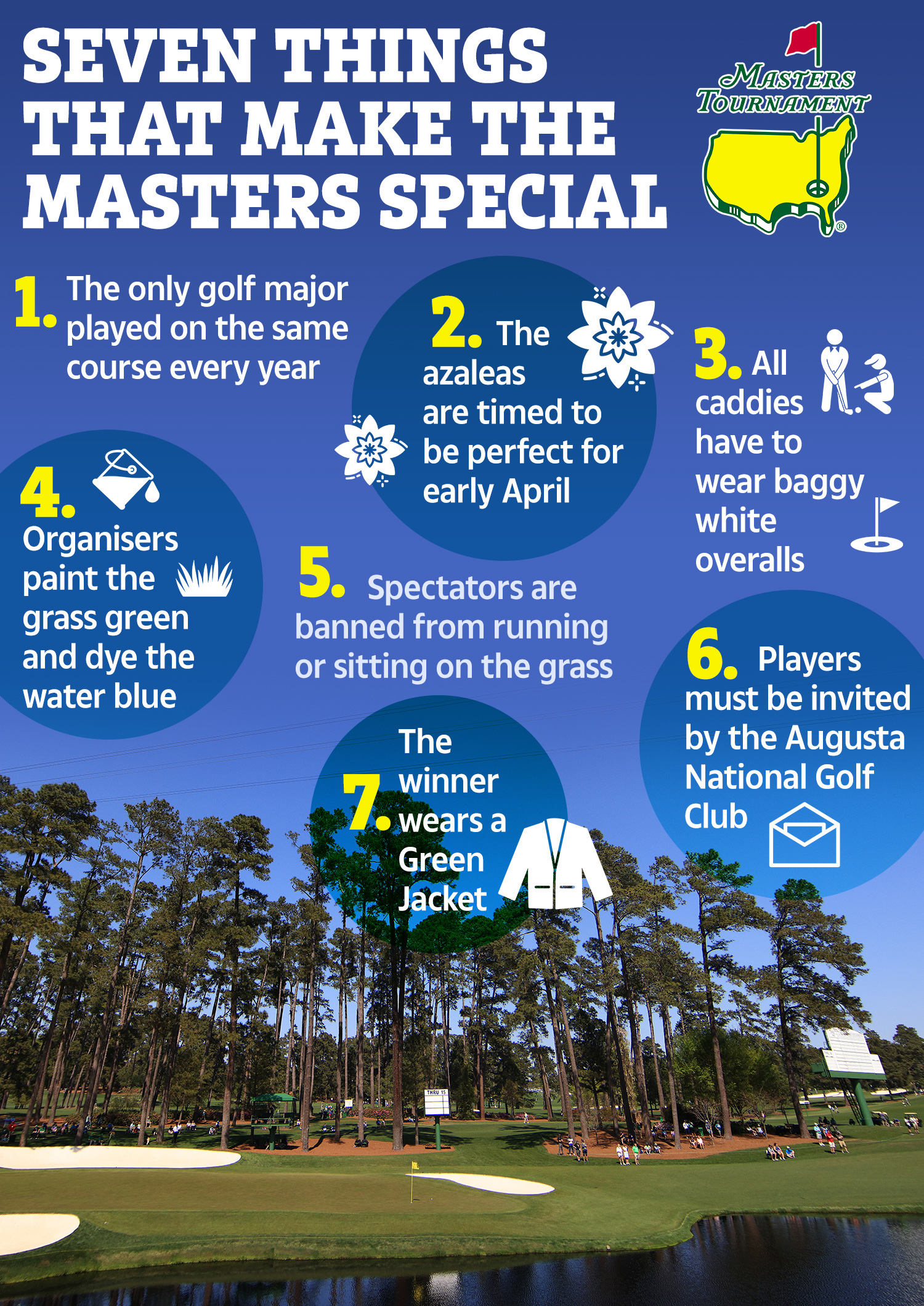 As Rory McIlroy put it: “It feels like we're back to normal life, like a normal Masters again.

“We're sort of at the light at the end of the tunnel, I guess, is the way I would put it.

“In 2020 it was a very strange Masters, last year with some limited fans was much better.

“But this year the crowds this week already have been amazing.

“Even driving up Berckmans Road to get to the course, what is a 10-minute drive usually, it took us 45 minutes to get here.”

AUGUSTA AS TERRIFYING AS IT IS INVITING

The Tiger effect, yes. But also a desire to embrace what was lost for two years.

Despite the weather, too, the course is picture perfect, inviting and terrifying in equal measure.

Lengthening the 11th, the start of Amen Corner, and the par-five 15th means a new challenge, too.

But it is the traditional, unchanging elements of the challenge that make Augusta more than just another golf course.

This is a place where you have to battle with ghosts, whether to exorcise the doubts that can infect your own mind or simply banish the memories of what can go wrong.

It is also a course where the normal approach does not work.

McIlroy, aiming to become only the sixth player in history – after Gene Sarazen, Ben Hogan, Gary Player, Jack Nicklaus and Woods – to complete the “career Grand Slam” of winning all four Majors, added: “This is a course where you have to be okay with par.

“The more you try to push it around here, the more chance it has to come back and bite you.”

Any who forget that are pointed to Jordan Spieth’s 2016 meltdown on the short 12th, which opened the door for Danny Willetts’ unlikely win, McIlroy’s own last day debacle in 2011 or Greg Norman’s collapse to hand Sir Nick Faldo his third Green Jacket in 1996.

Yet as ever, especially at Augusta, the past is a closed book, the present there to be written.

The greatest challenge, a fervent, frenzied, fully-charged crowd, and an almost inconceivable story just to start it off.

It is beyond anticipation. Let battle commence.