TIGER WOODS has promised to stay off the Guinness during The Open at Royal Portrush this week – after necking one too many in the past.

Masters champion Woods, 43, used to travel to Ireland regularly on fishing trips with friends and indulged in a pint or several of the black stuff. 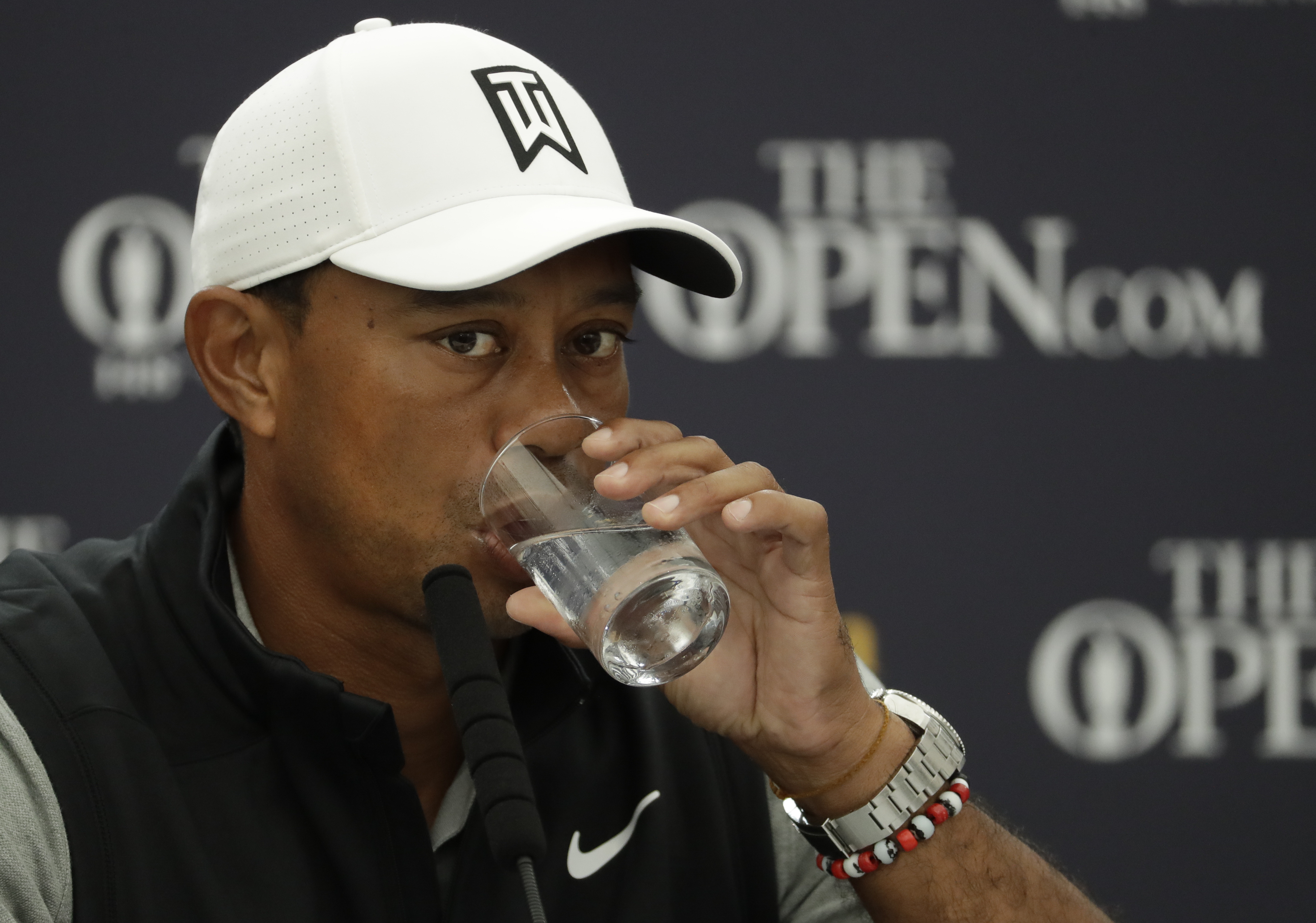 But he won't be tempted to knock any back this week after suggesting he previously struggled with some stout-induced hangovers.

Asked if he had drunk a pint of Guinness this week, Woods replied with a bashful smile: "This week? No, not this week. In the past? Um…."

Eddie Pepperell said he was hungover when charging up the leaderboard during the final round of last year's Open at Carnoustie.

And indulging in a pint might do Woods some help – at least more than he got from Brooks Koepka – after he admitted his game is not where he wants it heading into the season's final Major.

Woods, who was drinking water during his press conference, said: "My game is not quite as sharp as I'd like to have it right now.

"My touch around the greens is right where I need to have it. I still need to get the of the golf ball a little bit better than I am right now, especially with the weather coming in and the winds are going to be changing.

"I'm going to have to be able to cut the ball, draw the ball, hit at different heights and move it all around.

"Today it was a good range session. I need another one and hopefully that will be enough to be ready."

Woods has 15 after winning April's Masters, and said: "The Open allows the players that don't hit the ball very far or carry the ball as far to run the golf ball out there. There is an art to playing links golf.

"Being able to control it as best you possibly can in the air to control it on the ground allows the older players to have a chance to do well in the Open Championship."