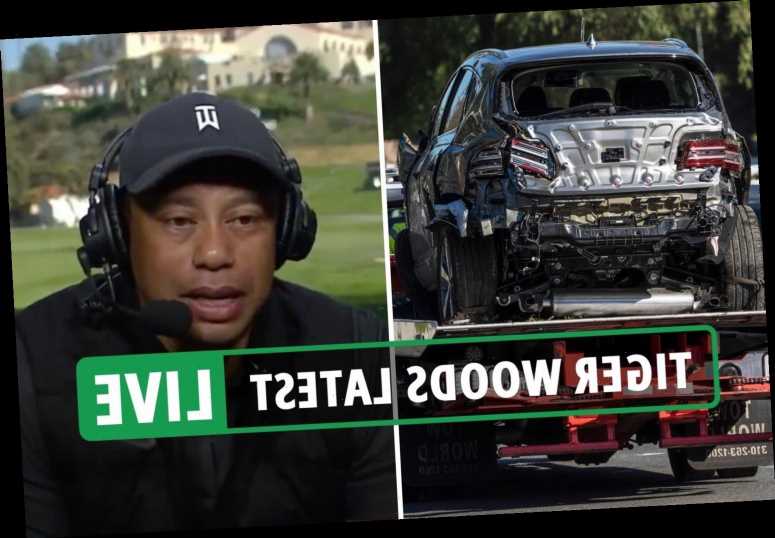 The golf superstar, 45, was driving in California when the car rolled over following a collision and he had to be cut from the wreckage.

Meanwhile, 911 audio reveals the moment cops were alerted to Tiger Woods' car crash before he was cut out using 'jaws of life'.

Read our live blog, below, for the latest updates on this developing story…