ARSENAL star Thomas Partey was left furious after being clattered by youngster Tom Akinola in training, according to reports.

The Ghanaian has been plagued by injuries since joining the Gunners from Atletico Madrid in 2020. 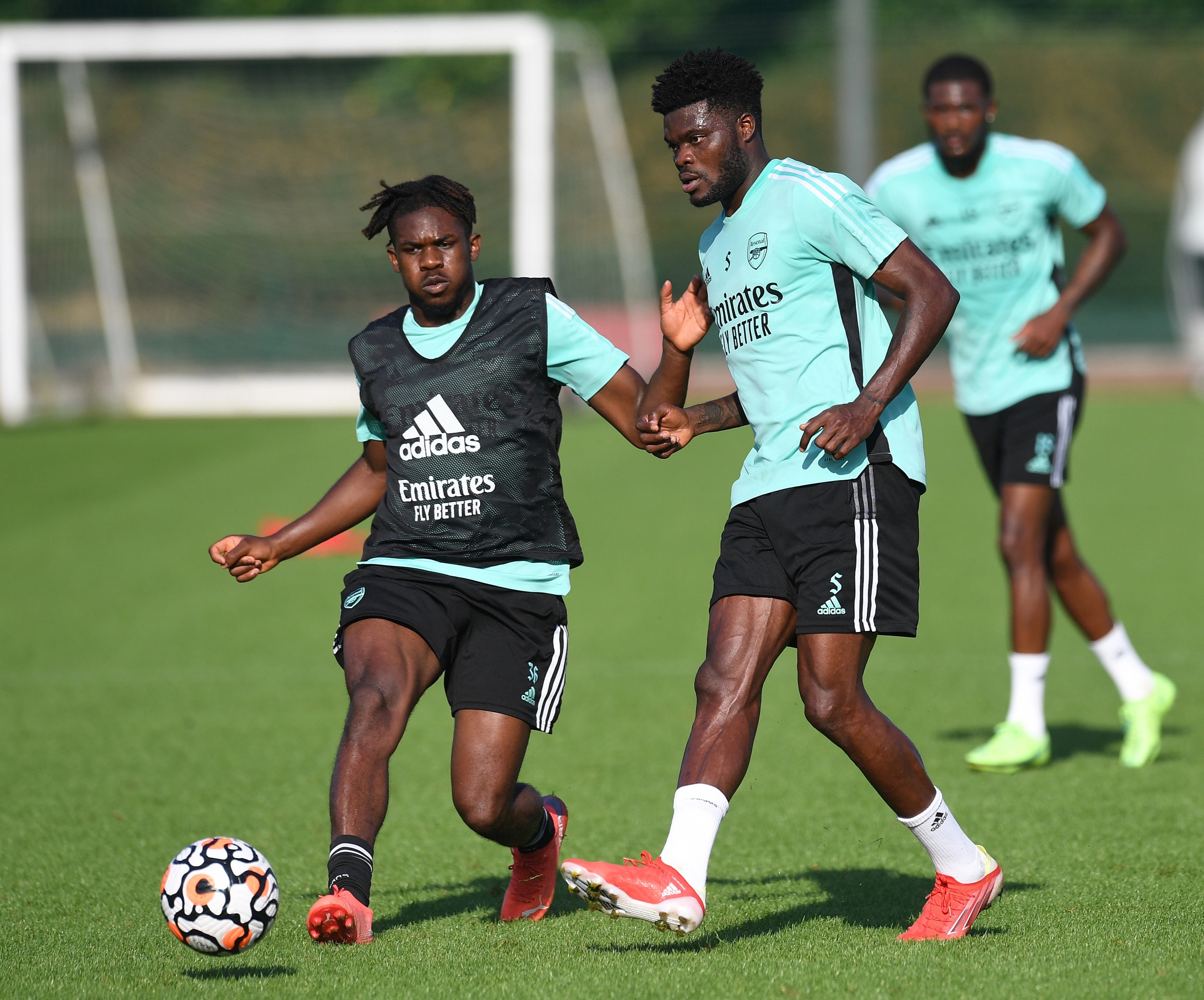 He most recently missed four games earlier this term due to an ankle injury sustained against Chelsea in pre-season.

So when eager Akinola flew into a 50-50 tackle with Partey in training, the 28-year-old was less than enthused.

Football.London claim that he initially reacted angrily towards the youngster, who was participating in first-team practice.

But he later softened towards the former Huddersfield academy midfielder, even offering up a few kind words.

Partey is claimed to have told Akinola that he is the 'strongest' player he'd played with.

The 20-year-old joined the Gunners after being released by Huddersfield in 2020.

He signed a two-year deal, which is set to expire at the end of this season.

Akinola has been a regular for Arsenal's Under-23s in the PL2 this term.

He most recently featured against Plymouth Argyle in the EFL Trophy on Tuesday night.

The tough tackling starlet played the full 90 minutes as the young Gunners drew 1-1 with the League One leaders at Home Park.

Akinola is known for his incredible speed, having reportedly clocked a remarkable 10.4 second time in a 100 metre sprint.