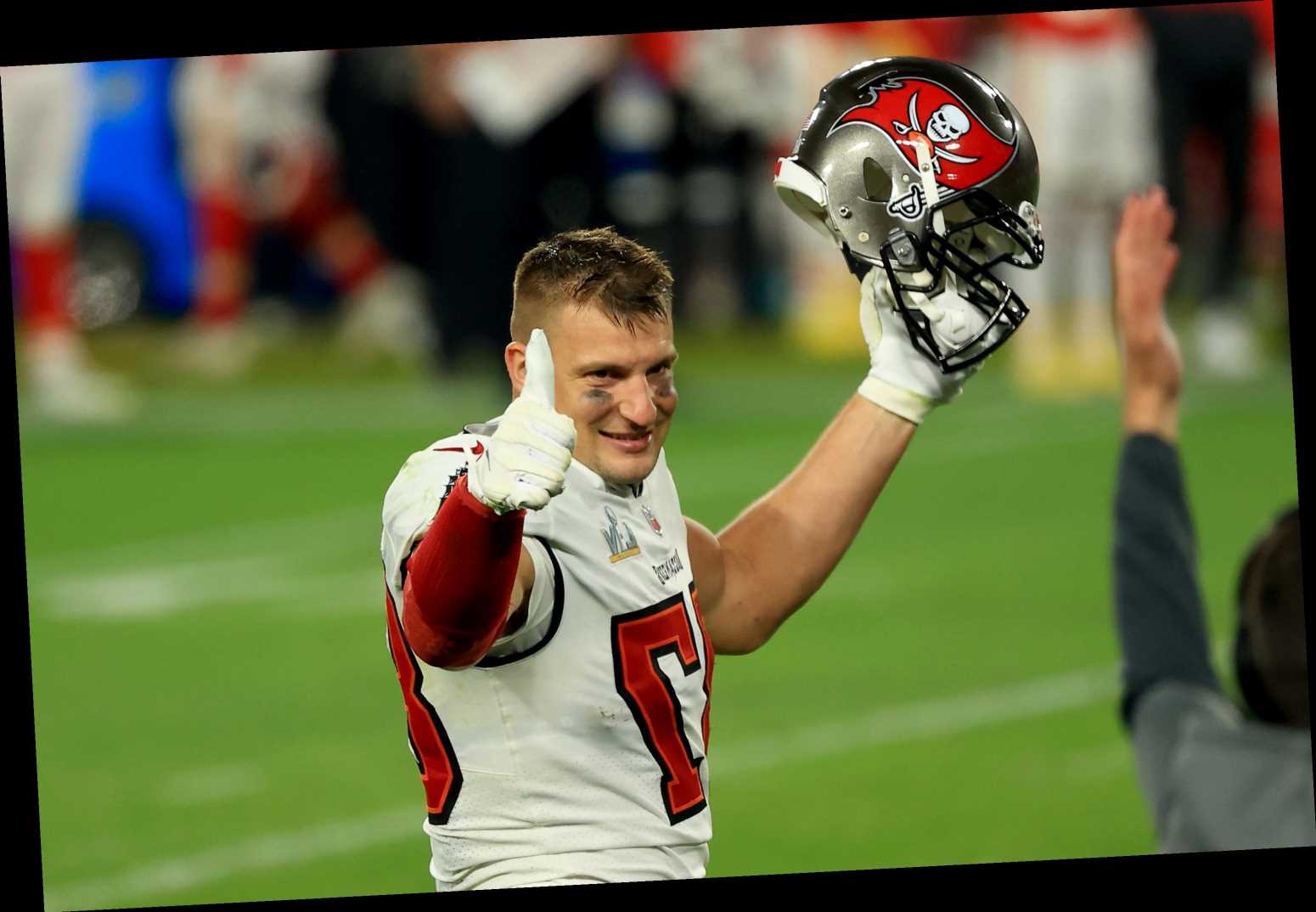 Did The Weeknd get paid for Super Bowl 2021 halftime show?

The best Super Bowl commercials: Rewatch the top ads from this year’s game

He did not, and Sunday night he and his buddy Tom Brady gained another ring.

The 31-year-old tight end, after sitting out the 2019 season, supposedly gone from the game for good, added another exclamation point to his already-stacked résumé. He put together a solid but unspectacular regular season (45 receptions, 623 yards, seven touchdowns) in Tampa but saved his best for last.

He was once again a force on the biggest stage, dominating the Chiefs on Sunday night in Super Bowl 2021 at Raymond James Stadium. He was targeted seven times by Brady and finished with six receptions for 67 yards and two touchdowns. He was too much for the Chiefs to handle, and the Bucs had an easy time of it in a 31-9 rout.

“Coming down to Tampa Bay, coming into this organization, they were an organization ready to win,’’ Gronkowski said. “The players were ready to win, and just to come in and be a small, big part of it and play my role was just amazing. Just to have a situation like this, with so many great players and be Super Bowl 55 champs is unreal. It’s surreal, man.’’

After compiling a Hall of Fame-worthy nine-year career with the Patriots, winning Super Bowl LIII after the 2018 season, a physically worn-down Gronkowski figured the time was right to hang it up.

“I remember after that win I was so done coming off the field,’’ Gronkowski said. “I was like, ‘I’m just glad it’s over’ with the pain I was in. It was great to be champs but it just felt great to be done. Took the year off, go through that journey, heal up, get my mind right and see the options out there. Just come down here, come out of retirement, I retired from being retired, that was pretty cool.’’

Brady left New England, signed with the Bucs and called for Gronkowski to join him in Tampa. Gronk did not say no. Neither did the Patriots, trading Gronkowski in April to the Bucs.

Gronkowski got the Bucs on the board with 37 seconds remaining in the first quarter, when he slipped free on a screen to haul in a 6-yard touchdown pass. It was a historic connection. It was the 13th scoring pass from Brady to Gronkowski, the most ever for a quarterback to one of his targets. Joe Montana and Jerry Rice hooked up for 12 postseason touchdowns for the 49ers. Gronkowski became the first player to have a reception in five different Super Bowls.

Midway through the second quarter, the two former Patriots were again up to their old tricks. The Buccaneers were granted a reprieve when a deflected Brady pass intercepted by safety Tyrann Mathieu was canceled out by a holding penalty on cornerback Chavarius Ward. That kept a drive alive from the Kansas City 17 and Brady and Gronk knew what time it was.

Going for the jugular, Brady had all the time in the world to wait for his tight end to do what he does best. Gronkowski took rookie cornerback L’Jarius Sneed to school, muscling past him at the line of scrimmage, immediately putting Sneed at a disadvantage. Once the two combatants reached the end zone, Gronkowski put a fake on Sneed that lost him, giving Brady an open lane to complete the pass to put the Bucs ahead 14-3.

There was no letup. On the first possession of the third quarter, Gronkowski ran free straight through the middle of the Kansas City defense, as Mathieu thought he was getting help inside and never did. Brady fired a missile and Gronkowki snared it for a 25-yard catch-and-run to the Chiefs 27-yard line. On the next play, Leonard Fournette took it in for a touchdown. The time for Gronk to add another ring was nearing.

“There was no one that was selfish on this team,’’ Gronkowski said. “It just happened to be me this time, you know? Me making the plays, to have the touchdown passes thrown to me. Overall you just never knew who it was gonna be.’’

It was Gronk. As usual.