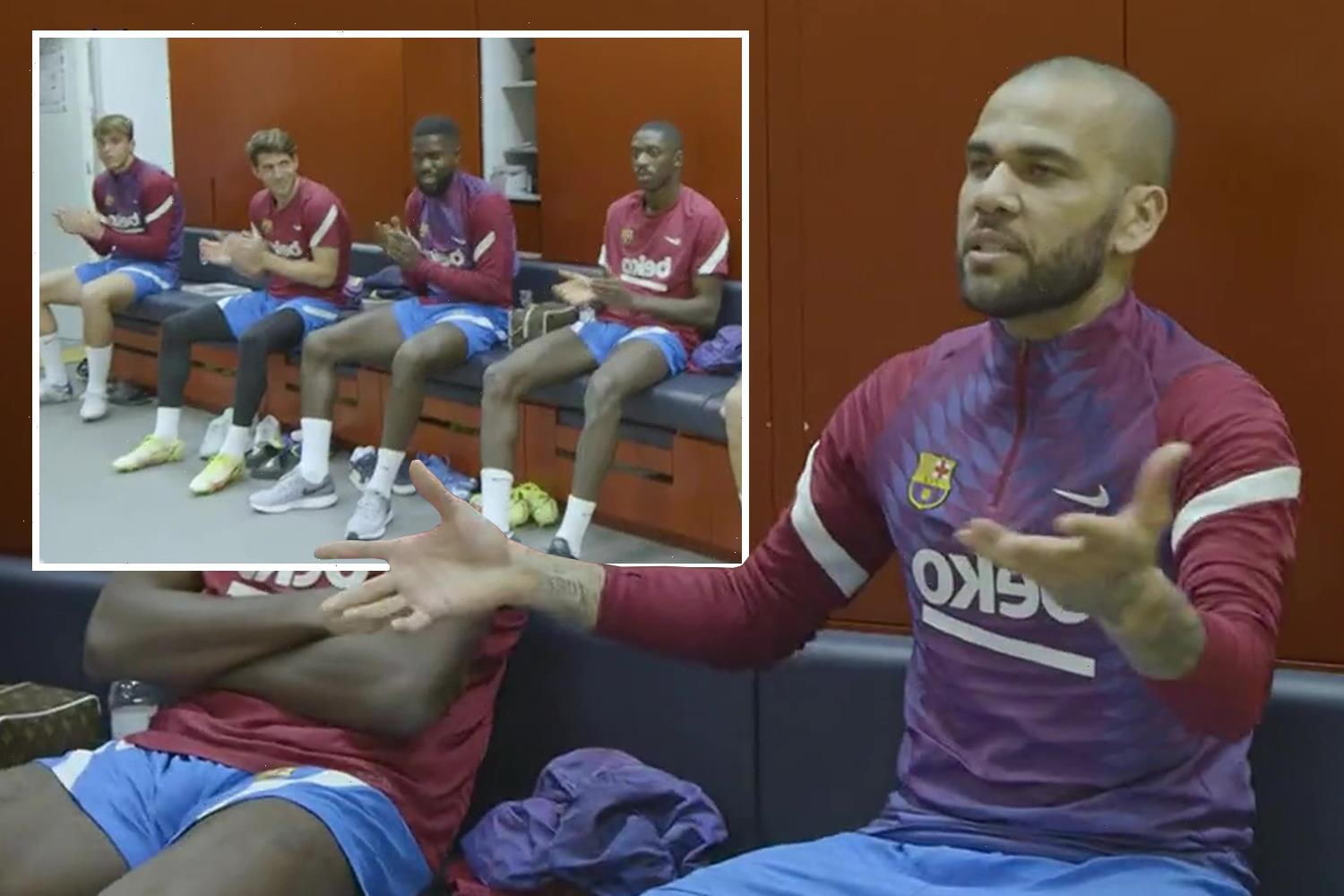 DANI ALVES has given a passionate speech to the Barcelona dressing room after making an astonishing return to the club.

The 38-year-old's startling Nou Camp comeback was confirmed earlier this week, with the Brazilian agreeing to be paid just ONE EURO per month. 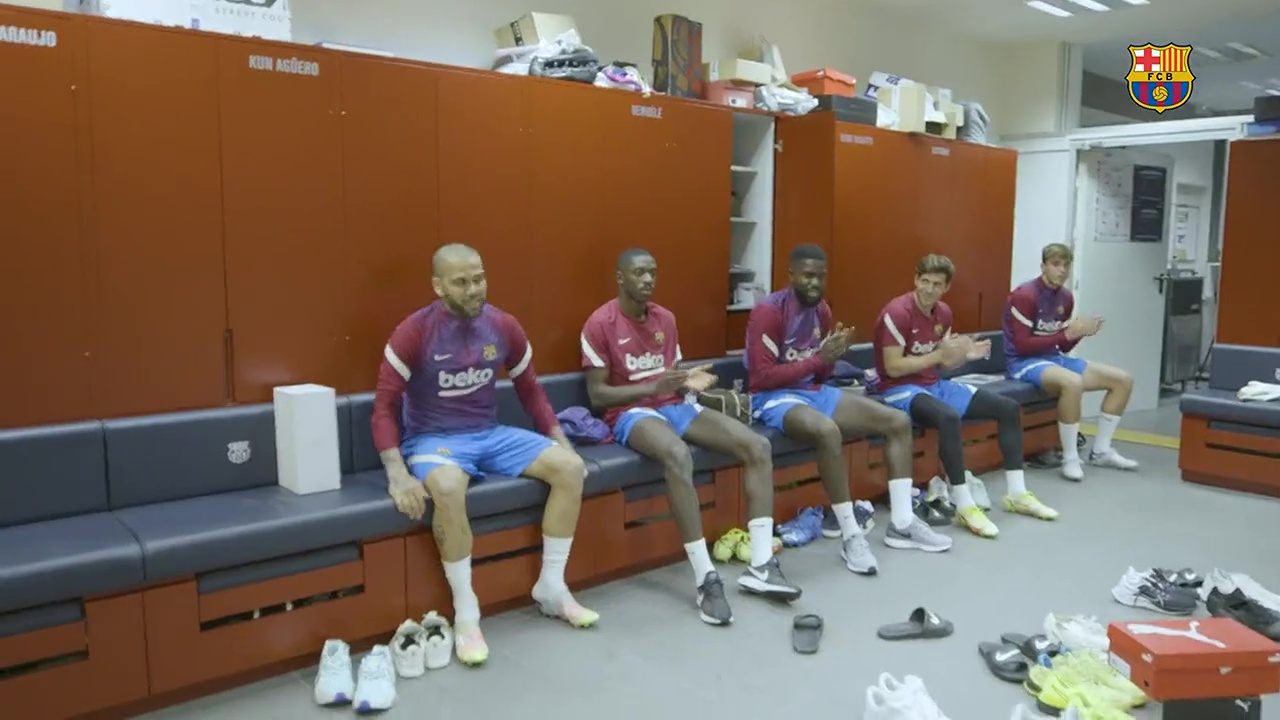 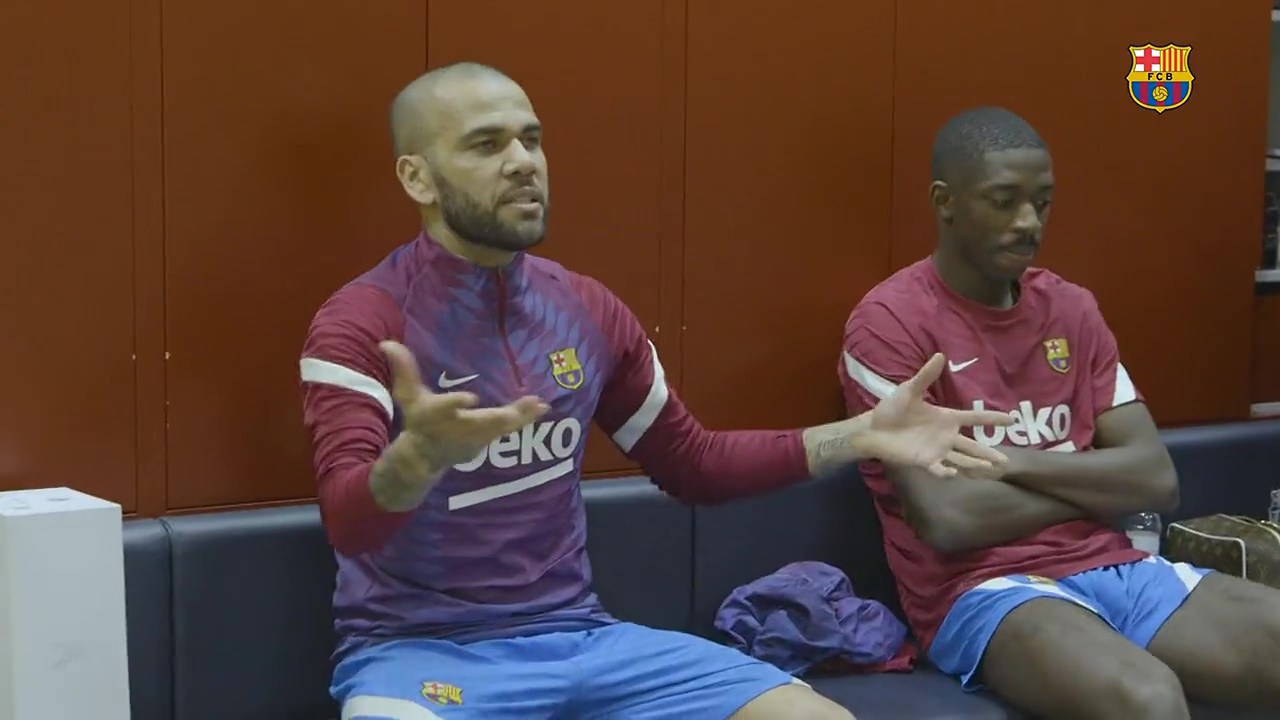 And upon his return to the Barcelona dressing room, Alves was quick to energise his team-mates with some spine-tingling words of wisdom.

As reported by Mundo Deportivo, he said: "It is a pleasure to be here after such a long time. To return here is an honour, a pleasure.

"To be able to share with you again. I come to learn from you, now the new world. But from the old one, I want to convey one thing: to know what it represents – this club and this shirt.

"I have been abroad and this is the best place to do great things, to live. You are here, value it because there is nothing better outside.

"It is a pleasure to be here with you. Come on to do great things because this club is made of this, of doing great things."

The rest of the players in the dressing room reacted superbly to Alves' speech, giving him a big round of applause once he had finished.

Alves won a hatful of trophies during his first stint at the Nou Camp from 2008-2016 and has gone on to become the most decorated footballer of all time.

And with Barca now struggling under a mountain of ruinous debt, he vowed to return to lend a hand.

He told Barca TV: “I am still in shock. I have been trying to return for a long time. It is a privilege to return, we will try to rescue the Barca that we all know.

“We are in a process, but we have to accelerate it because we are Barca and there is no margin to make mistakes.

"I am facing an incredible challenge, one of the ones that fascinates me the most.

“To rebuild, fight, sweat … defend the shirt. There are two shirts that when I put them on I feel like a superhero: the one from Brazil and the one from Barca.”

The Catalan giants currently sit ninth in the LaLiga table having won just four of their opening 12 matches.

Barca have also struggled in the Champions League, suffering defeats to Bayern Munich and Benfica.

New manager Xavi will take charge of his first game this Saturday when Barca host Espanyol in a derby game.

The 41-year-old took over from Ronald Koeman earlier this month after the Dutchman's 14-month spell came to an end.