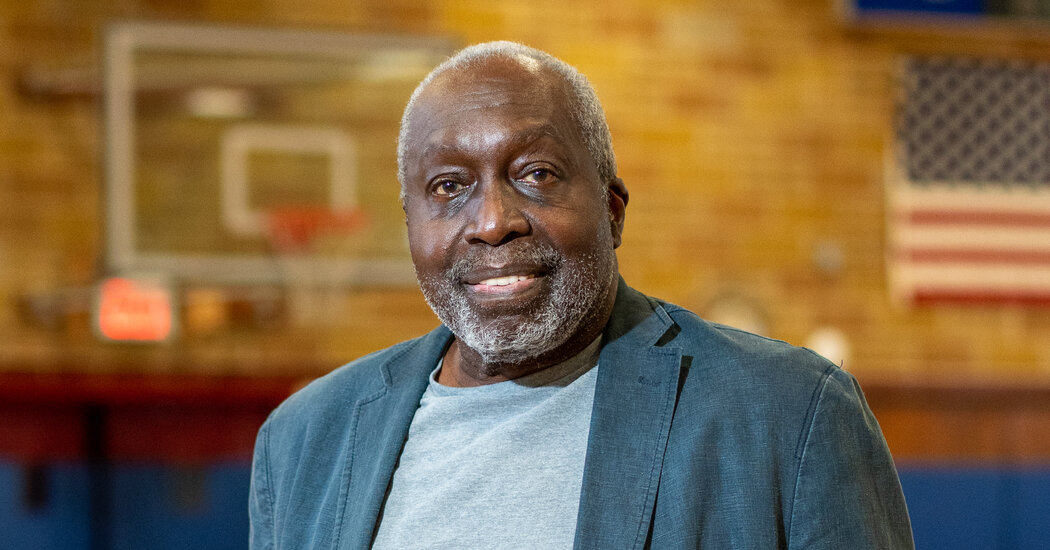 From the moment Naimah Pearson heard there would be a new charter school in the Bronx focused on basketball, she wanted to go. She did not know much about Earl Monroe, the Hall of Fame player for whom the school is named, and was aware she would have a complicated, hourlong commute from the South Bronx to get there every day.

But a school centered on basketball, with a curriculum devoted to every aspect of the sport’s vast and growing ecosystem? That was surely for her, she told her parents. So she entered a lottery and won a spot in the first ninth-grade class at the Earl Monroe New Renaissance Basketball School, temporarily located in Pelham Bay.

“I love it so far,” said Pearson, a 15-year-old with ambitions to attend Harvard, play in the W.N.B.A., dance and act. “I didn’t think I could go to a school that was just about basketball, but I’m here.”

Playing basketball is certainly an activity offered at the school, which opened its doors in September. But the school’s founders and administrators insist it is not the focus, and never will be. What makes the school distinct — they say it is the only one of its kind — is that the focus is on everything surrounding the game, not on playing it, and that aspects of the game are employed to help the children learn.

The concept emerged from the fertile, basketball-infused mind of Dan Klores, the Brooklyn-raised filmmaker who devoted eight years to bringing the school to life and who asserts, almost proudly, that it will probably never win a city basketball championship.

“There are a million schools for kids to play basketball,” he said. “This school is for kids who may not play professionally, but who still love the game and could participate in the greater world of basketball in some form.”

Pearson is one of 110 ninth graders who entered the school in September. Over the next three years, it will add another 110-student ninth-grade class each year, capping out at about 440 students. The school will eventually move to its permanent home in the South Bronx, perhaps in two years.

For now, it is housed in what was once a Catholic school, and on a recent afternoon last month, students were preparing for Regents exams.

In a math class, a teacher used the arc of a Stephen Curry 3-pointer to explain a parabola. In another class, students interviewed one another for a project on broadcast journalism, centered on basketball.

The idea is to use the sport to inspire students not only to learn the core subjects, but also to learn in a vocational sense — providing them the tools needed to embark on a career in the basketball business.

“When you watch a game, you see the players and the referees on the court, sometimes the coaches,” said Monroe, 76. “This school is about what you would see if you pulled the camera back and showed everything else.”

On a recent visit to the school’s projected permanent spot on Elton Avenue near Third Avenue, a busy intersection in the South Bronx, Monroe pointed to the row of commercial storefronts that will be demolished to make room for the five-story, 60,000-square-foot school bearing his name.

“This area could use a shot in the arm,” he said. “The school will give it an anchor.”

Later, Monroe gave a modest shrug when asked about the giant banner emblazoned with his name at the entrance to the current location. He recalled how, during his Knicks career from 1971 to 1980, when he was called Earl the Pearl, he ran a basketball camp that provided attendees with instruction beyond playing the game.

So when Klores asked him to be a member of the board of trustees — and later have the school named in his honor — Monroe understood the mission.

“If basketball is what inspires kids, then let’s use that to help them achieve,” he said. “Not necessarily on the court, because we all know the odds of a kid becoming a professional player is pretty small. But there are so many other opportunities out there in the ecosystem.”

Aside from his work on the board, Monroe said he had no specific role, except to do whatever Klores asks him. That includes fund-raising, he said. But Klores, who collaborated with Monroe on documentaries like “Black Magic” and “Basketball: A Love Story,” has also cast a wide net for philanthropists and corporations like Nike and the N.B.A. to help out financially and otherwise.

Adam Silver, the N.B.A. commissioner, is an advocate, taking over an advisory role from David Stern, his predecessor in the N.B.A. Before Stern died, in 2020, he was a founding member on the school’s board. Marv Albert, the retired broadcaster, is also on the board. Nike offers help, too, including a proposed visit from the Nets star Kevin Durant.

“That’s really generous, and the kids would remember it forever,” Monroe said. “But we don’t necessarily need that right now. We don’t need 20 new basketballs. We need your designer to come speak to the kids. We need your 29-year-old corporate attorney to come and give a presentation.”

Klores, who attended Abraham Lincoln High School in Coney Island, Brooklyn, originally envisioned the project as a public school. But, he said, educators warned him that the school district could take over and distort his goals.

“No one was going to take my vision out of this,” he said.

At specialized charter schools and public schools, students have options for fashion, performing arts, fine arts, the sciences, culinary arts and more. But according to James Merriman, chief executive of the New York City Charter School Center, many of the specializations at charter schools are eventually subsumed by the overwhelming task of preparing students for mandatory state requirements.

“I love the idea,” said Merriman, whose organization has advised and observed the school’s early development, but not as a paid consultant. “But they also understand the essential element of the school is academic, and that part of it can be all-consuming and really, really hard.”

He also noted that some students might not have a passion for basketball. But their families see a charter school, any charter school, as a better alternative to a public high school, so they enter the lottery. The lottery odds of children from the school’s district and from New York City gaining a spot are favorably weighted, and the school has no control over who wins one.

While it can be fun, inspirational and maybe even practical to learn about the physics of shot making or the role of a player agent, Merriman has found that specialized schools are often forced to push those aspects aside as they ensure students grasp reading, math, English, science and a foreign language.

“That’s the battle right now,” said the principal, Kern Mojica, who played football at the University of New Hampshire. “Especially after the pandemic, a lot of the kids are behind in the basics, and we need to get them caught up quickly.”

Some of the topics in Ennis’s class — digital media, corporate finance, marketing, law, kinesiology, sports psychology and coaching and recruitment — are expected to be added as full classes in the coming years as the school and its curriculum expand.

“It was fun researching everything to come up with a syllabus,” Ennis said. “I wish I could have studied this when I was in high school.”