The Raiders are officially in Las Vegas and will play their first game in "Sin City" on Monday to wrap up Week 2 of the NFL season.

The Raiders moved from Oakland to Las Vegas earlier this year. Part of their move includes Allegiant Stadium, which is estimated to cost $2 billion to build.

Through photos, video tours, and renderings, we're getting a better look at the sleek new stadium that some are calling the "Death Star" and will house Las Vegas' first NFL team.

Take a look below.

Allegiant Stadium stadium is a little outside the Las Vegas strip, but will still be part of the skyline. 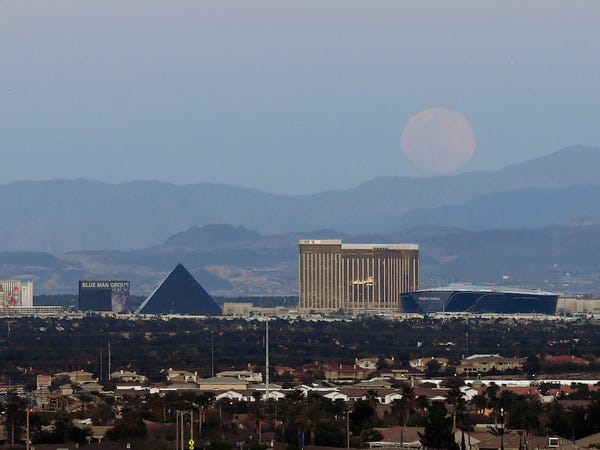 Another look at the stadium near Mandalay Bay Resort and Casino. 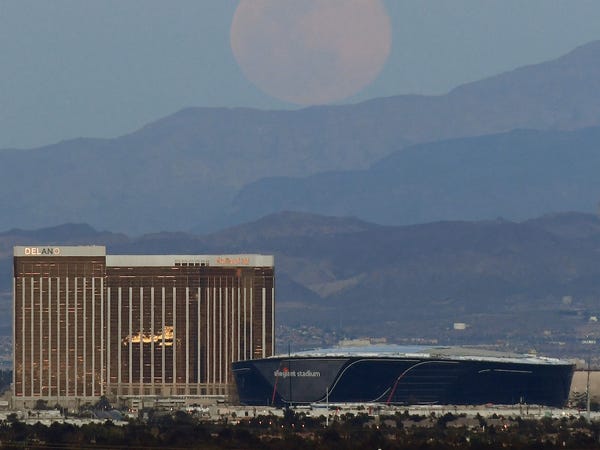 Another angle shows Allegiant Stadium isn't too far removed from the strip. 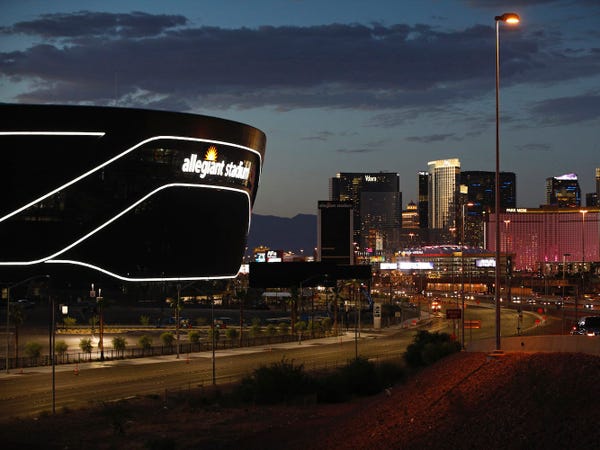 The stadium shines at night. 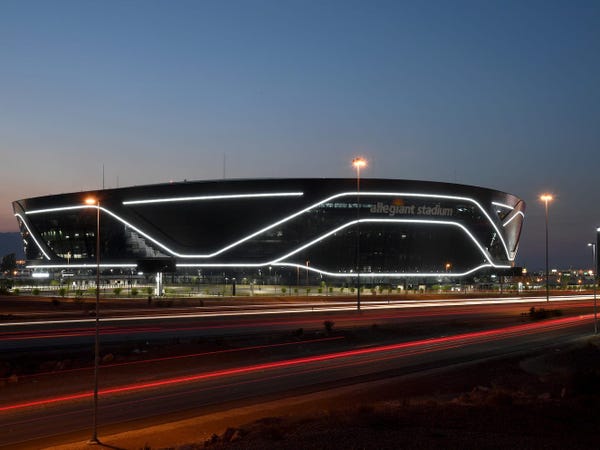 The glassy exterior gives it a sleek look. 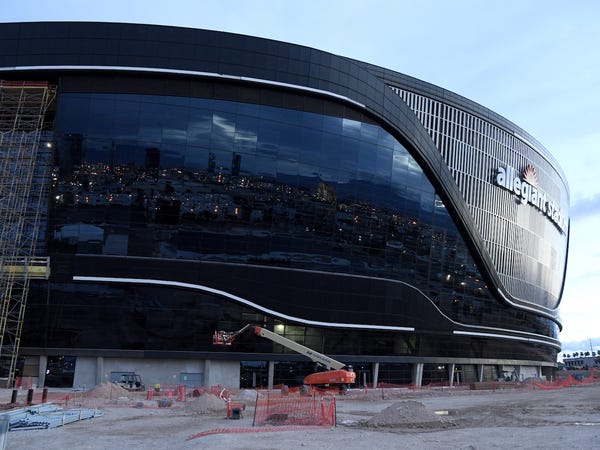 A closer look at the paneling. 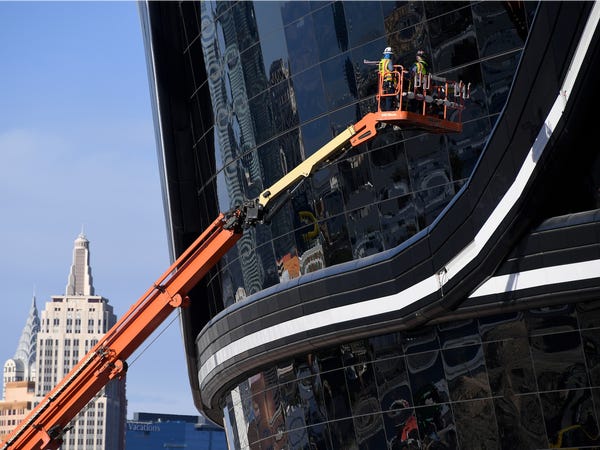 Construction was ongoing, even during the coronavirus pandemic. 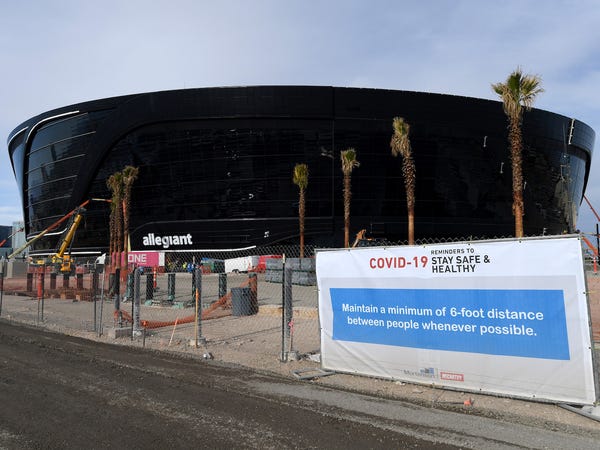 A look inside the stadium, which is expected to hold up to 65,000 people, though the Raiders won't have fans to begin the season. 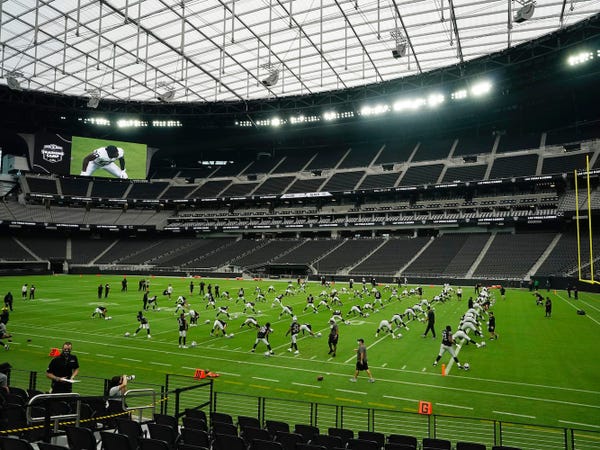 There is a retractable field that can slide in and out of the stadium. 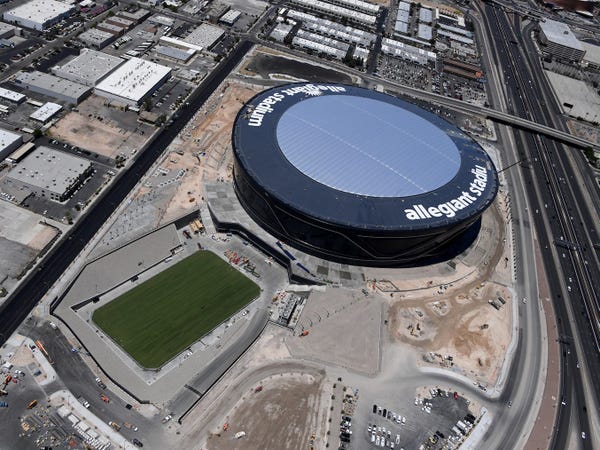 A video rendering showed how the field will slide in and out of the stadium on rollers. 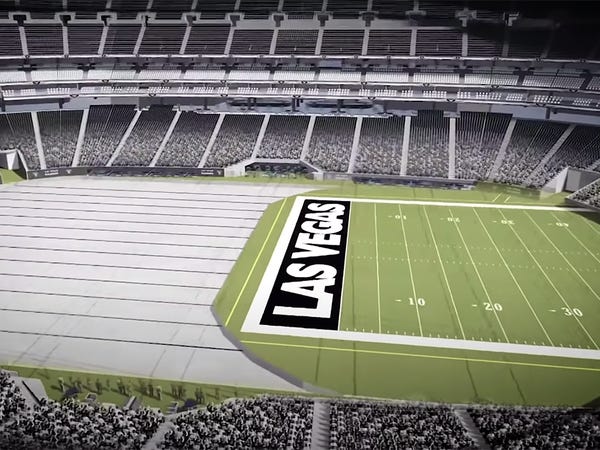 The project includes 76 motors to move the 1,500-ton field in and out. 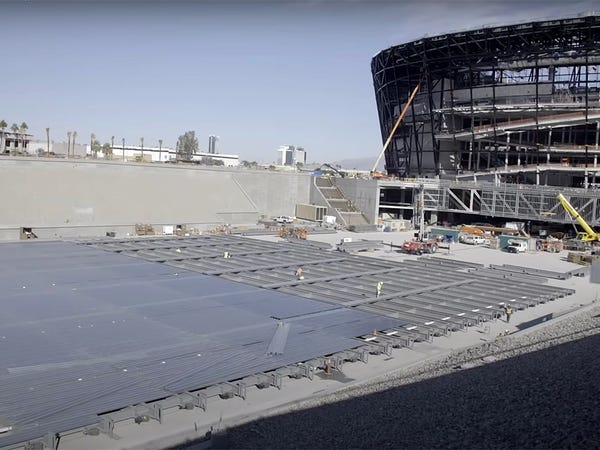 What hasn't been completed yet (that we've seen) is the 85-foot flame, a tribute to late Raiders owner Al Davis. 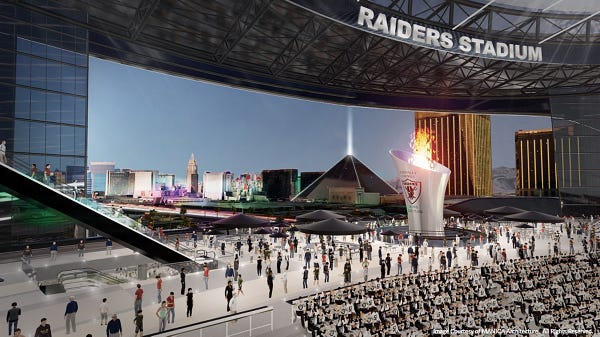 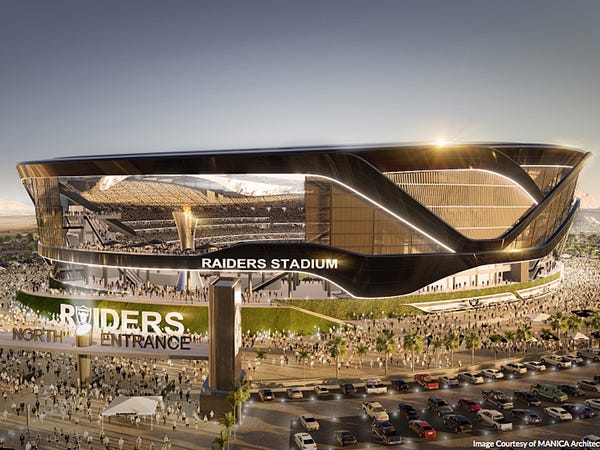 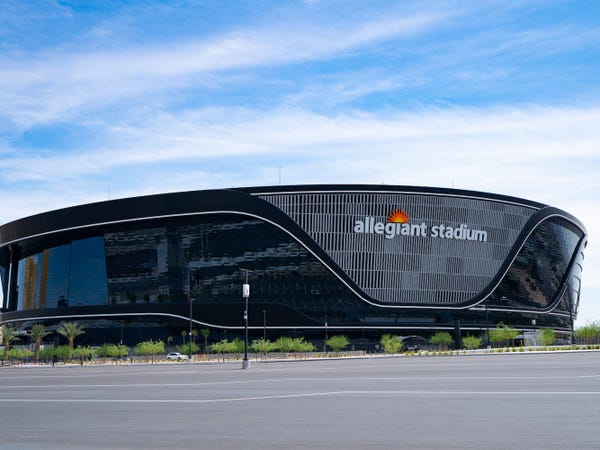 Now, get caught up on all of Week 2's action…