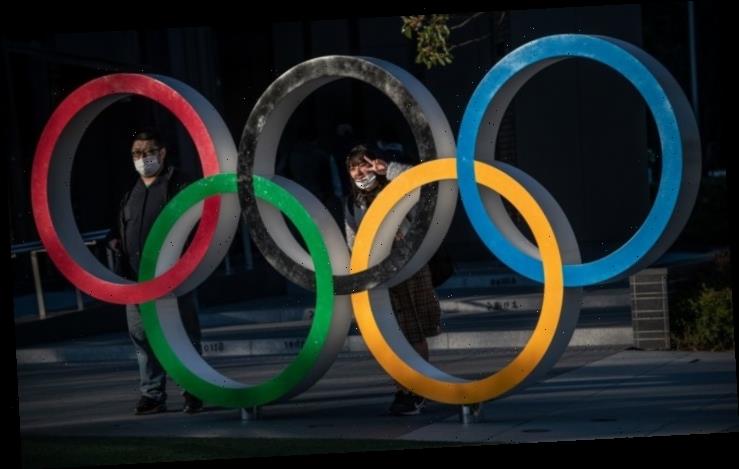 This time last year, as the Olympic countdown clock struck 200 days, athletes around the world were pouring themselves into training and planning every move towards Tokyo as if it were a complex military manoeuvre. Nothing was to be left to chance.

Reports of a contagious virus emerging from China were of no consequence, especially to Olympians whose focus is so necessarily narrow that anything not of use to elevating their performance is discarded. Suffice to say the narrative changed course in a hurry, with the Games postponed until 2021 amid unprecedented use of the world 'unprecedented'. 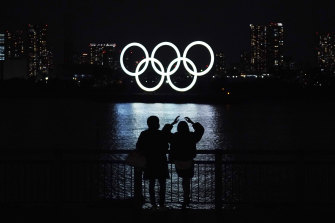 For the second time, the countdown to Tokyo 2020 has reached the 200-day mark.Credit:AP

On Monday, the Games countdown again reached 200 days but this time, the milestone was greeted with questions, fears, reports of mind-numbing budget blowouts and worrying signs of resentment from an Olympics-weary Japanese public.

And of course, there was the virus. Outside of a few nations, it continues to ravage much of the globe, including major Olympic players in Europe and of course the USA, which has surpassed an astonishing 350,000 deaths. To make matters worse, a new, more infectious version of the disease has taken flight and is spreading like wildfire.

The Tokyo hosts and the International Olympic Committee (IOC) have long billed these rebooted Games as the ultimate symbol of humanity's triumph over the pandemic. With a jaw-dropping and barely comprehensible list of logistical, security and safety issues yet to overcome, they should be content with simply getting them off the ground at all.

"The Tokyo Olympic and Paralympic Games will be held this summer," Japanese Prime Minister Yoshihide Suga said in a New Year's message. "We will make steady preparations to realise a safe and secure tournament." 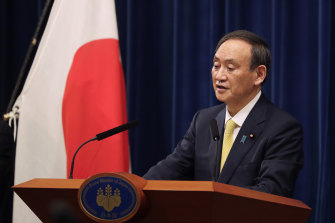 There is some good news for the IOC in the form of workable vaccines, which are beginning to be rolled out across selected nations. But that alone won't greatly assist planning, especially given the athletes are highly unlikely to get shortcuts to the front of the queue ahead of frontline health workers, the elderly and those in more at-risk categories. Which is almost everyone.

One thing is clear: these Games won't look like any we have seen in the past, or with any luck, see again. If there are crowds in the arenas and stadiums, it's likely they will be Japanese only, which would be a just reward for the nation's unfortunate Olympic experience but take away some of the partisan atmosphere on which athletes tend to thrive.

Teams could be encouraged to bring the bare bones when it comes to coaches, staff and officials. And the tradition of staying after your event and enjoying the festivities looks impossible, with fly-in, fly-out medal missions almost a certainty as planners try to reduce the number of competitors at any given place and time.

Media contingents will be slashed dramatically, should organisations decide it's worth sending reporters in the first place. For those on deck, social distancing, masks and stage managed, risk-averse media opportunities will take away so much of the spontaneous colour and movement that makes a Games so unpredictable and memorable. 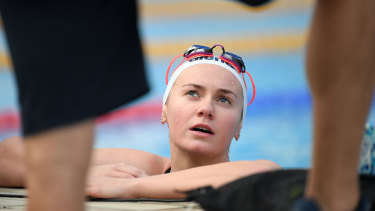 Stars like world champion swimmer Ariarne Titmus will have every opportunity to train and prepare in the relative normality of Australian life.Credit:Getty

Yet through it all, a gold medal will still be a gold medal. You don't have to paint a picture of how it all went down and history still treats Olympic champions (most of them, at least) with a certain reverence. That is why they all strive, many in sports that don't provide even a fraction of the financial rewards of the mainstream professional tours of leagues.

And on that front, the vast majority of Australian athletes will arrive in Tokyo having benefited from a nation virtually devoid of COVID-19 and with society functioning in relative normality. There are no mass lockdowns – as there are in the UK, for example – and no closures of sports and training facilities.

One of the arguments for abandoning Tokyo 2020 in the first place was the lack of a relative level training field. How could the Games possibly be held when some nations are in virtual shutdown, while others are operating as close to normal as the virus allows?

Two hundred days out, for the second time, the scenario is not too far removed from 12 months ago, although elite sport, in wealthy countries at least, has largely managed to find a way to sustain itself through the restrictions and challenges of pandemic life.

Even with the occasional cluster and flare, Australian athletes can count themselves among the luckiest in the world as they prepare for what is a short skip to Japan in just over six months, a nation in a convenient location and time zone, useful given the chances of a hit-and-run mission to Tokyo.

Barring another Victorian-style outbreak, our swimmers and athletes and cyclists and rowers and sailors will have enjoyed every plausible advantage when it comes to fine-tuning their Olympic preparations. Should they make it count, even the most peculiar Games would be cast on the home front as a triumph of the ages.