DESPITE his record-breaking move to Juventus and ten years starring for Arsenal, Aaron Ramsey remains an enigma to most.

In one of the most stunning transfers in recent times, the Welshman has decided to swap the comforts of North London for the Italian powerhouses. 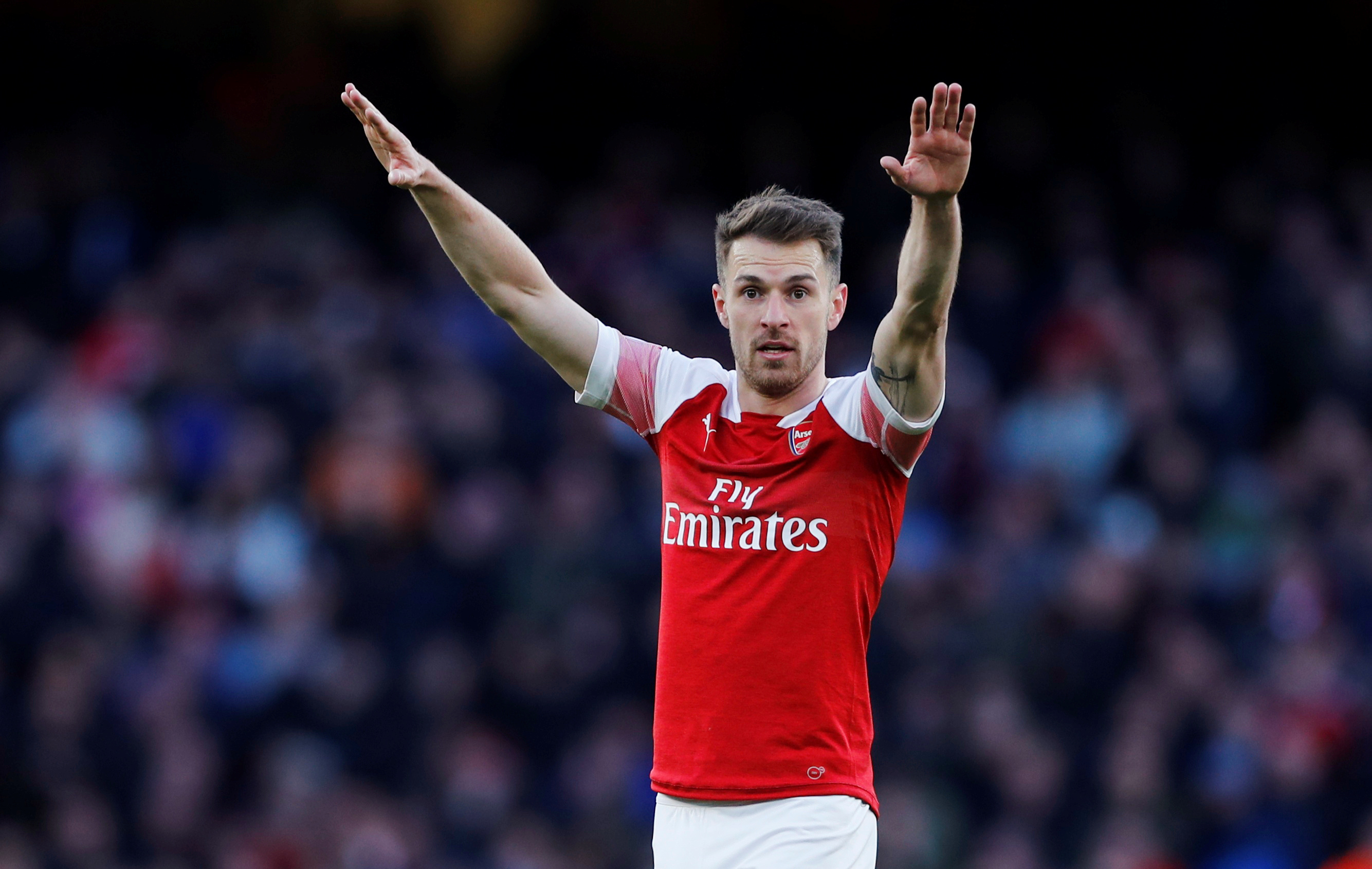 Those legendary black and white stripes await him next season, as does £400k-a-week over the next four years at least.

He'll be back among Europe's elite, gracing the turf with new pals Leonardo Bonucci, Paolo Dybala and Cristiano Ronaldo, and leaving behind the likes of Shkodran Mustafi, Mohamed Elneny and Danny Welbeck.

It's an incredible story – the boy from Caerphilly, now in his prime at 28, jetting off to Europe with his wife and three kids for the finer things in life on and off the pitch.

And it's one that is set to inspire a new generation of Welsh teenagers to dream the impossible, much like Gareth Bale did after joining Real Madrid.

But for all his fame and success in the game thus far, Ramsey is a mystery-man. He dodges the cameras and the limelight as well as he does opposing midfielders.

So who actually is Aaron Ramsey? And how did he become one of the highest paid British players ever? 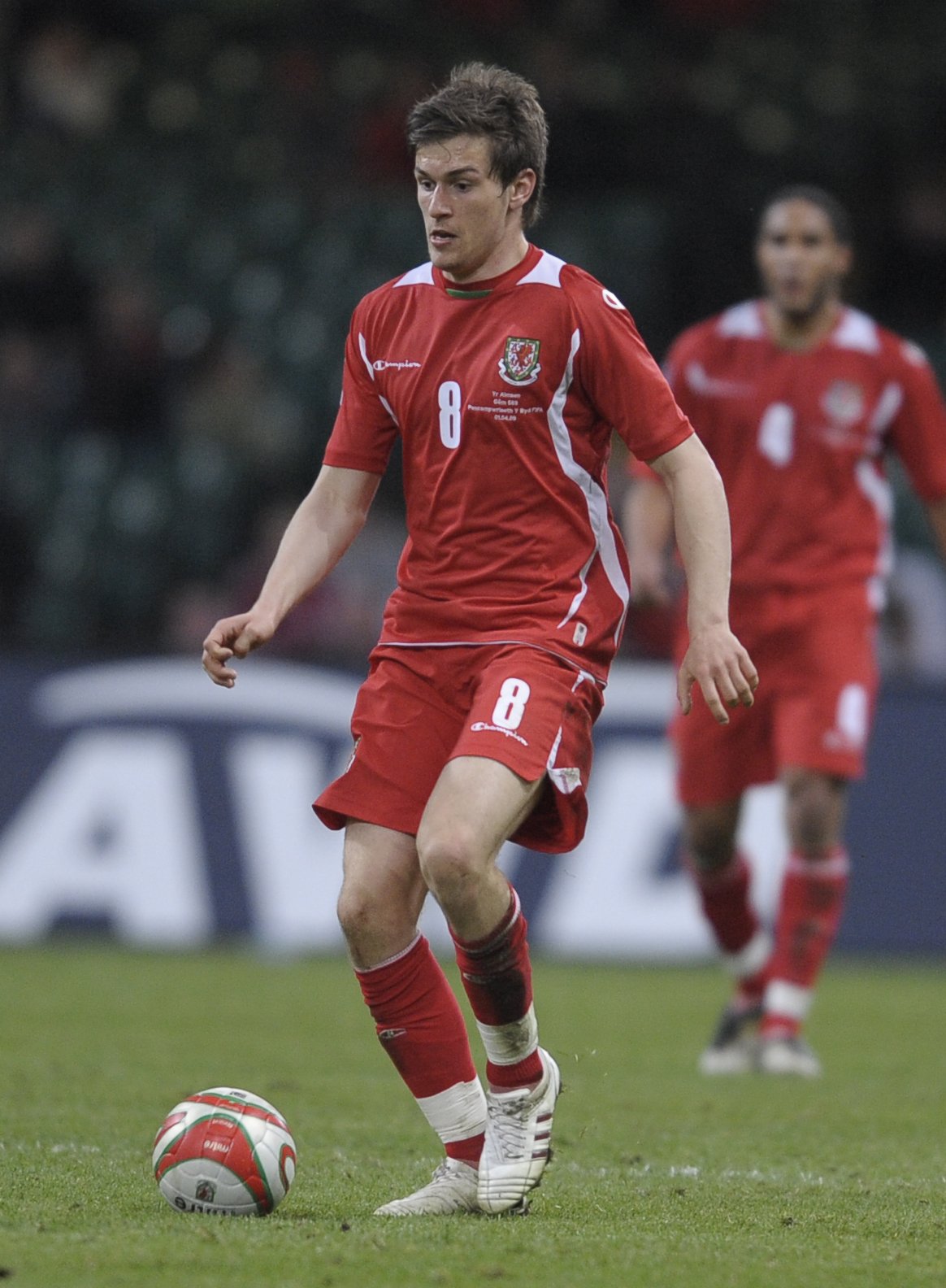 Keeping to the stereotype of a young prodigy, Ramsey was fast-tracked for club and country.

And for former U17 and U21 Wales coach Brian Flynn, his hurdling of the age groups as a teenager was down to a selflessness instilled in his upbringing.

Flynn said: “Sometimes when you get someone with that talent, they find it difficult to fit in with the work ethic because they are that good.

“Or they don’t think they have to work that hard because they can just win the game on their own, which Aaron could.

“He could dictate and be a match winner with ease, but his outstanding feature was that the team always came first. Aaron’s attitude was spot on.

“To get where he has from where he grew up, you can’t afford to be selfish – he and his brother Josh were raised on that.” 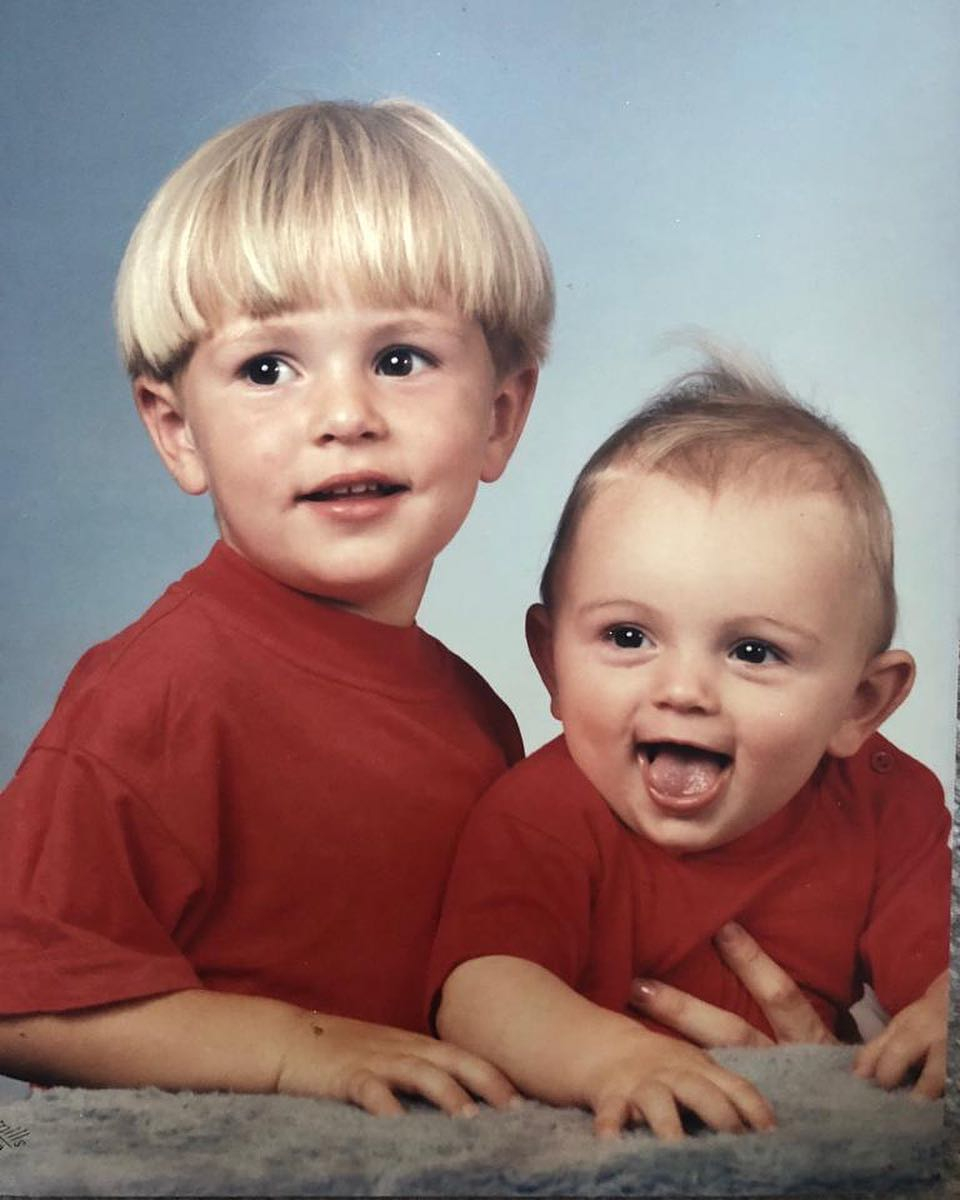 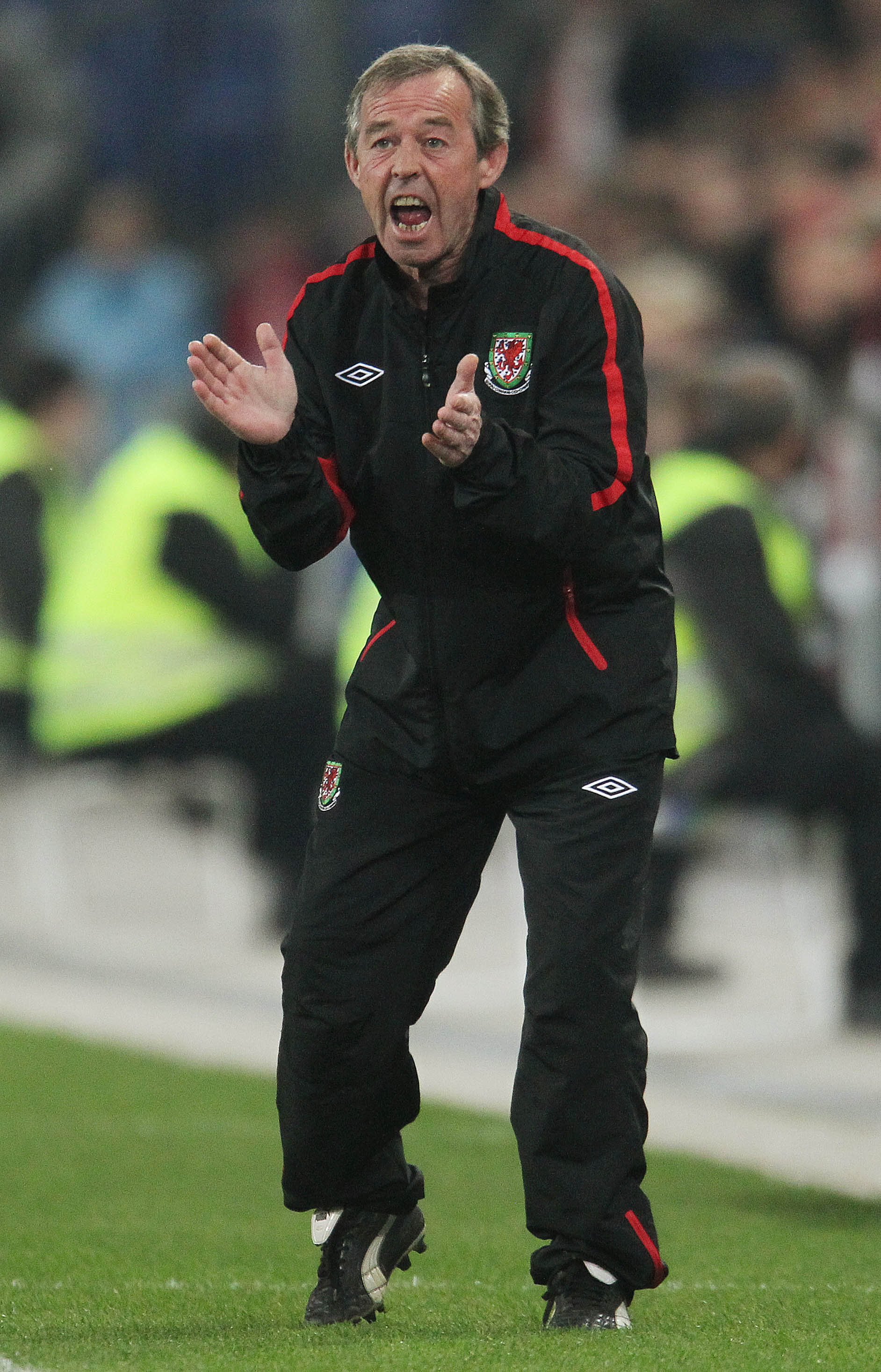 He added: “We had an U17 tournament in Slovakia and we were playing the hosts. They needed a draw and we needed a win to qualify.

“They were overwhelming favourites, and they man marked Aaron. But he had the maturity and awareness to pass the baton to Joe Allen, sacrificing his own game for Joe to go create.

“He knew he was getting special treatment, and that the team comes first. We ended up winning the game comfortably.”

Around the same time, Ramsey was also being launched into first-team football with boyhood club Cardiff after being spotted in the academy by former Bluebirds assistant Terry Burton. 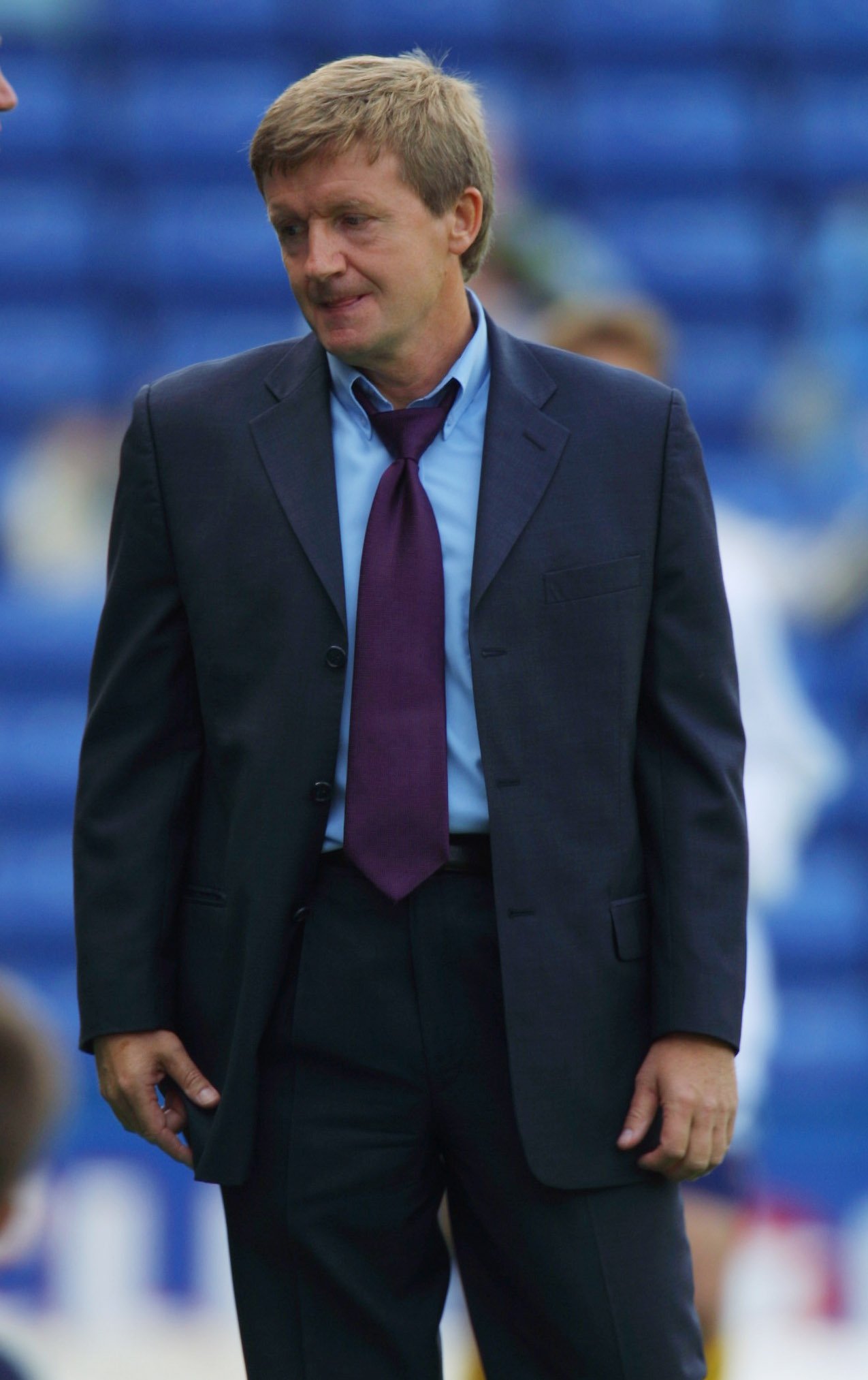 Burton said: “Where Aaron grew up, it is so close-knit, and the support of his family was huge in the confidence he had to make mistakes, get back up and go again.

“We found that at Cardiff, in comparison to English clubs, parents were so patient and supportive of their kids and not in a mollycoddling way either.

“If they weren’t towing the line then they would also tell them. Aaron got lots of support in the right way.”

Such was his development, at just 16 years old Ramsey was promoted to the Wales U21 set-up, where Flynn discovered his superstar would be worrying him with his off-field antics.

“We played Sweden in a friendly in Halmstad one year, we were losing 3-1 and Aaron came on at half time and changed the game. We won 4-3,” Flynn said.

“Following the game, the players asked if they could get out of the hotel for an hour. Aaron decided to go with them, and myself and the coaches were sat in the lobby.

“Within ten minutes Aaron had returned alone. I asked if there was a problem and he just replied: ‘No, it’s just not for me Bri’ and he went up to bed.

“I guess he’s never been one for the nightlife. He is just so focused and driven.”

Ramsey wasn’t without the occasional diva moment however, as his talent began to shine in Cardiff’s first team.

Recalling an incident in 2008, Burton said: “I remember a conversation we had on the sidelines before he made his FA Cup debut against Chasetown in the third round. 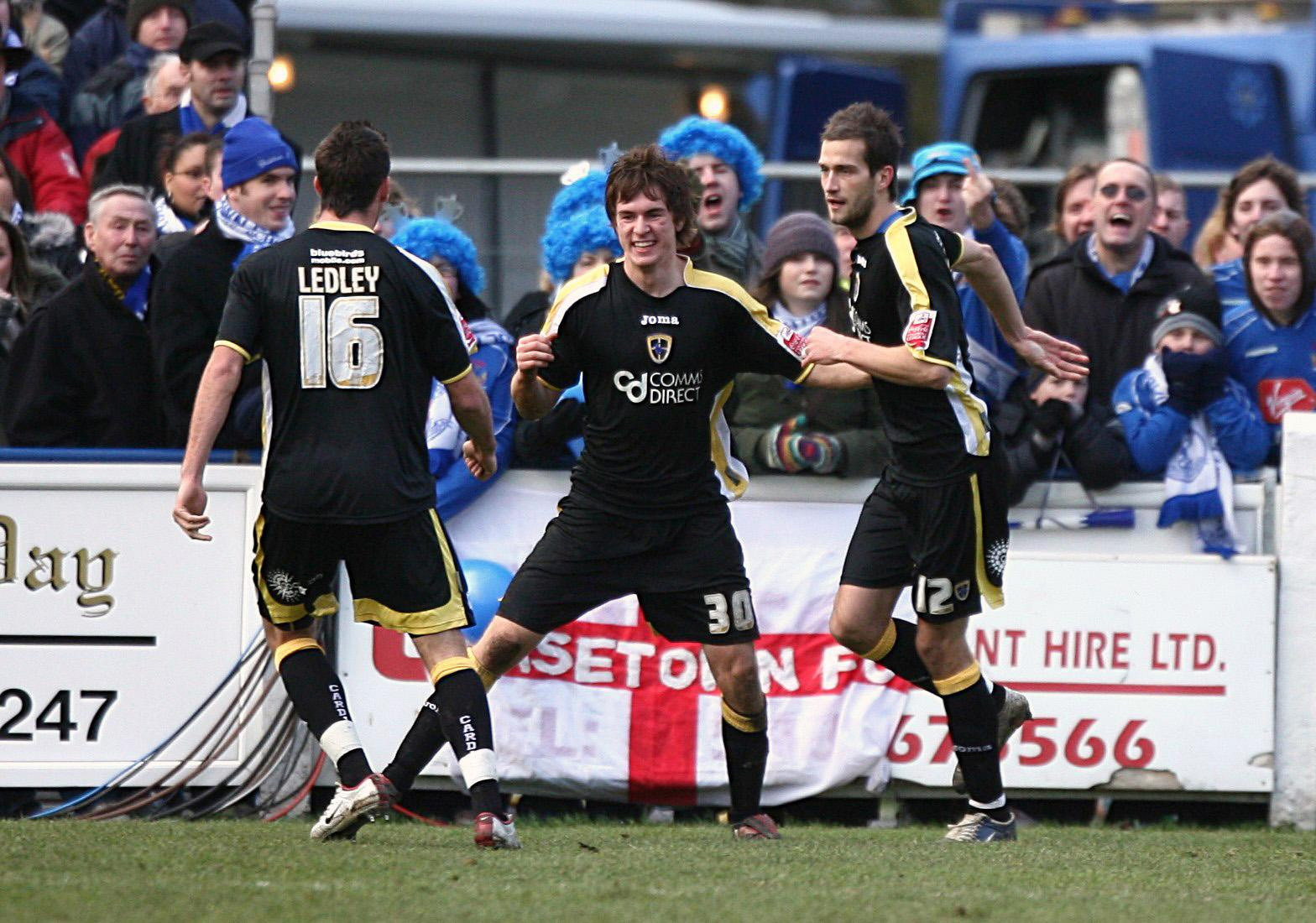 “I gave him a mini pep-talk, and said something like, ‘If you’re going to make a mistake, make it going forward. Make it a penetrative. The worst ones that you can make are the backward passes that cause us problems’.

“I didn’t want him to lose confidence. But he just looked at me and raised one eyebrow as if to say, ‘Yeah I know’. He knew what to do without me telling him.”

Cardiff would go on to make the FA Cup final that year, only to lose 1-0 to Portsmouth at Wembley.

Ramsey made a cameo appearance as a 60th minute sub, becoming just the second youngest to play in the competition's finale at 17 years and 143 days.

Flynn believes they would have won the competition for the first time since 1927 had Ramsey started, admitting: "It was a big mistake by manager Dave Jones. Ramsey ran the show from the minute he was brought on."

It would only be a slight downer on Ramsey’s summer however, as he would go on to complete his high-profile switch to Arsenal for £5m.

But not even that could turn an already adult-like Aaron into a giddy and excitable teenager.

Burton, a former Gunners youth player and reserve coach, said: “He was very much a cards-close-to-your-chest kind of person, even at that age.

“You would have conversations with him and talk with him about a potential move but he would never come out and say, ‘Well I think I prefer that club’ or whether he knew how much they were interested in him.

“We never played it up because you want to keep him level-headed, but there was no chance of that whatsoever.” 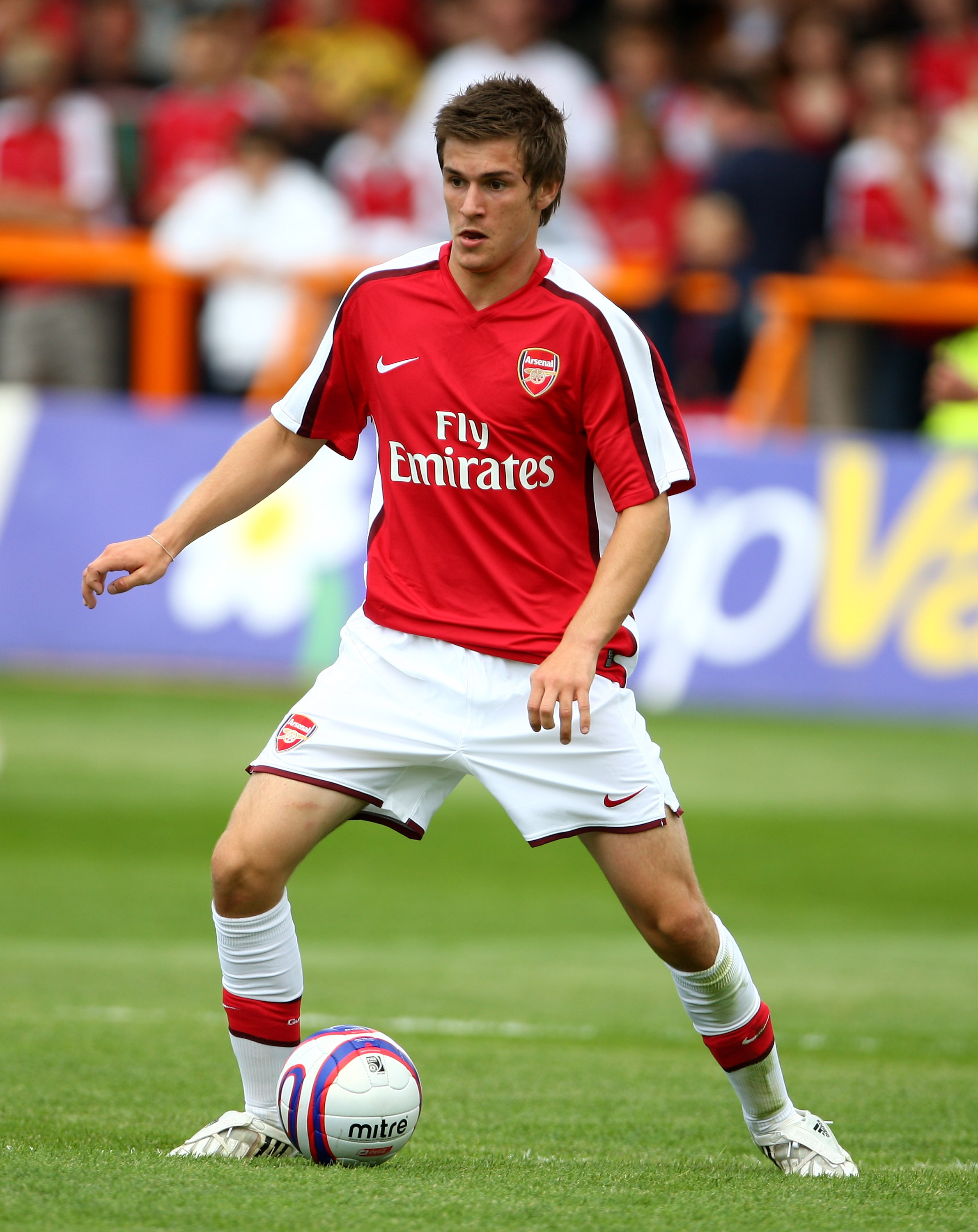 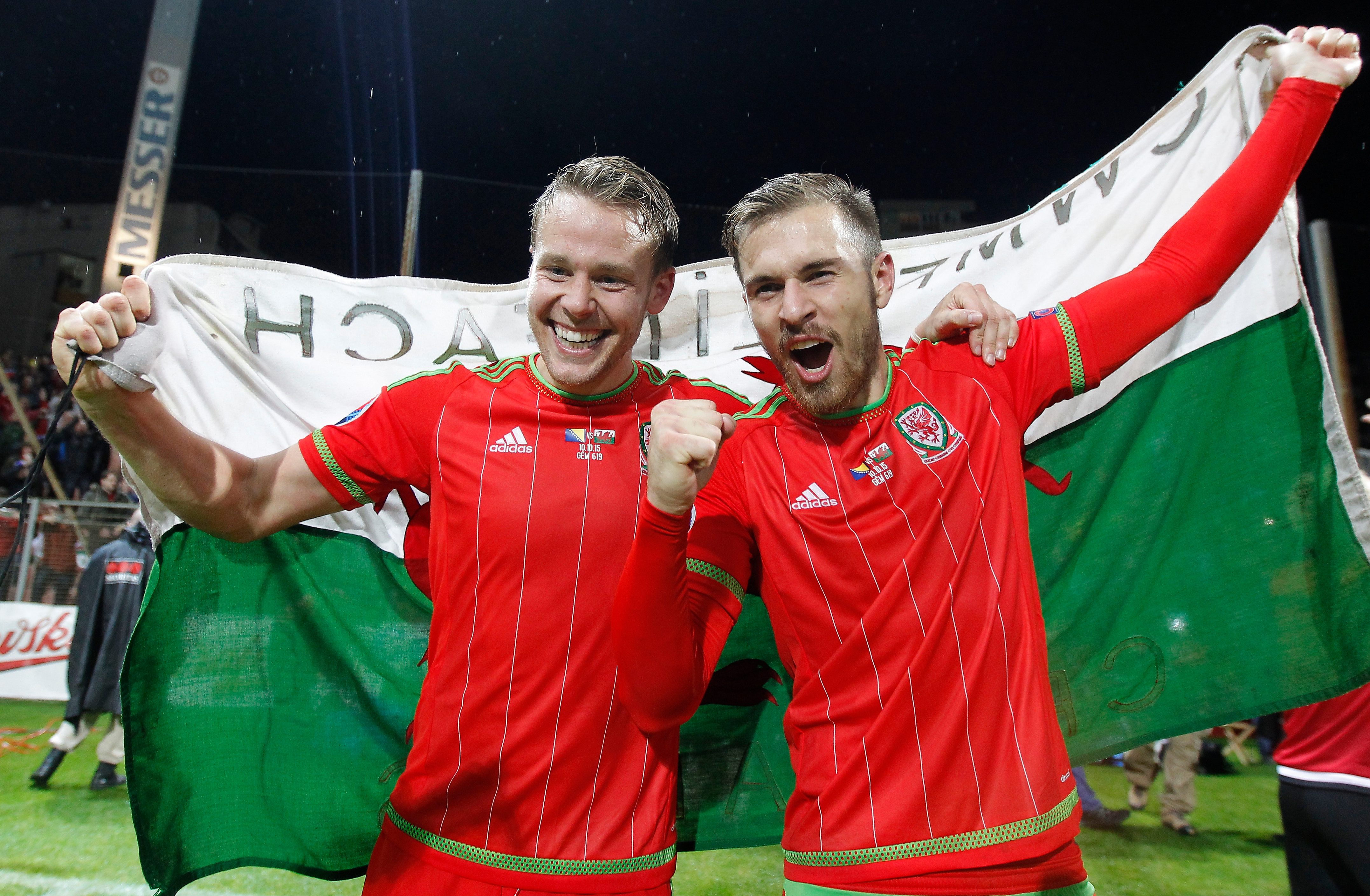 Ramsey’s maturity was put to the test as he swapped his family home in Wales for a London flat, crashing with old Cardiff teammate and childhood friend Chris Gunter – a Tottenham player at the time.

“He was quite messy and is still the same when we stay in hotels,” Gunter said. “He didn’t really bring much to the flat. I think pasta was all he could cook for a while.

“Luckily now his wife is very good on the food side so he is sorted.

“He’s always been quiet, laid back and very personal, and he likes familiarity wherever he goes. We have roomed together wherever we’ve been – we still do on national duty with Wales to this day.

“But at the same time, he is one of the bravest guys I know. He is willing to try everything and has come through so much.

“His courage to always stand up and meet challenges is the same as it is now.”

The Reading defender added: “He even still comes to watch my games whenever he is free. Being who he is you wouldn’t expect him to stay that committed to it, but he does. That's just Aaron.”

By the time Ramsey had got to Arsenal, he was already accustomed to being the small fish in a big pond thanks to some friendly hazing back in Wales.

“He got especially tested in training when he first came in to the Wales U21 squad, because of his ability,” Flynn said.

“They would give him awkward passes and awkward balls to see what he was about, thinking they could get into his head.

“But he never changed – he was quiet and shy but would soak up everything and listen and learn. Before too long the guys realised he was a major asset to the team and let him be.”

And as former Arsenal academy graduate Gavin Hoyte watched Ramsey make his mark in North London, he witnessed those effects of being chucked in at the deep end, and floating. 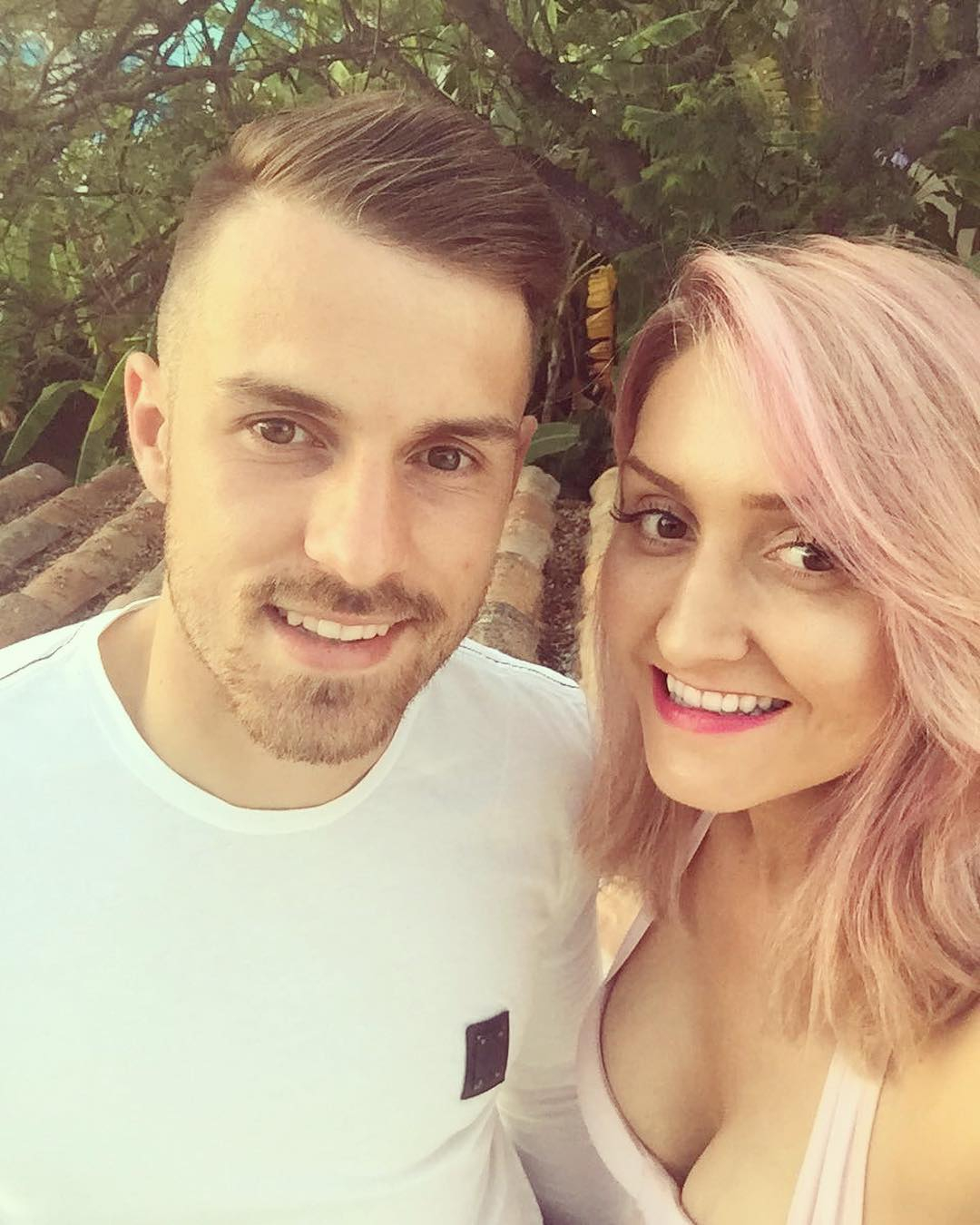 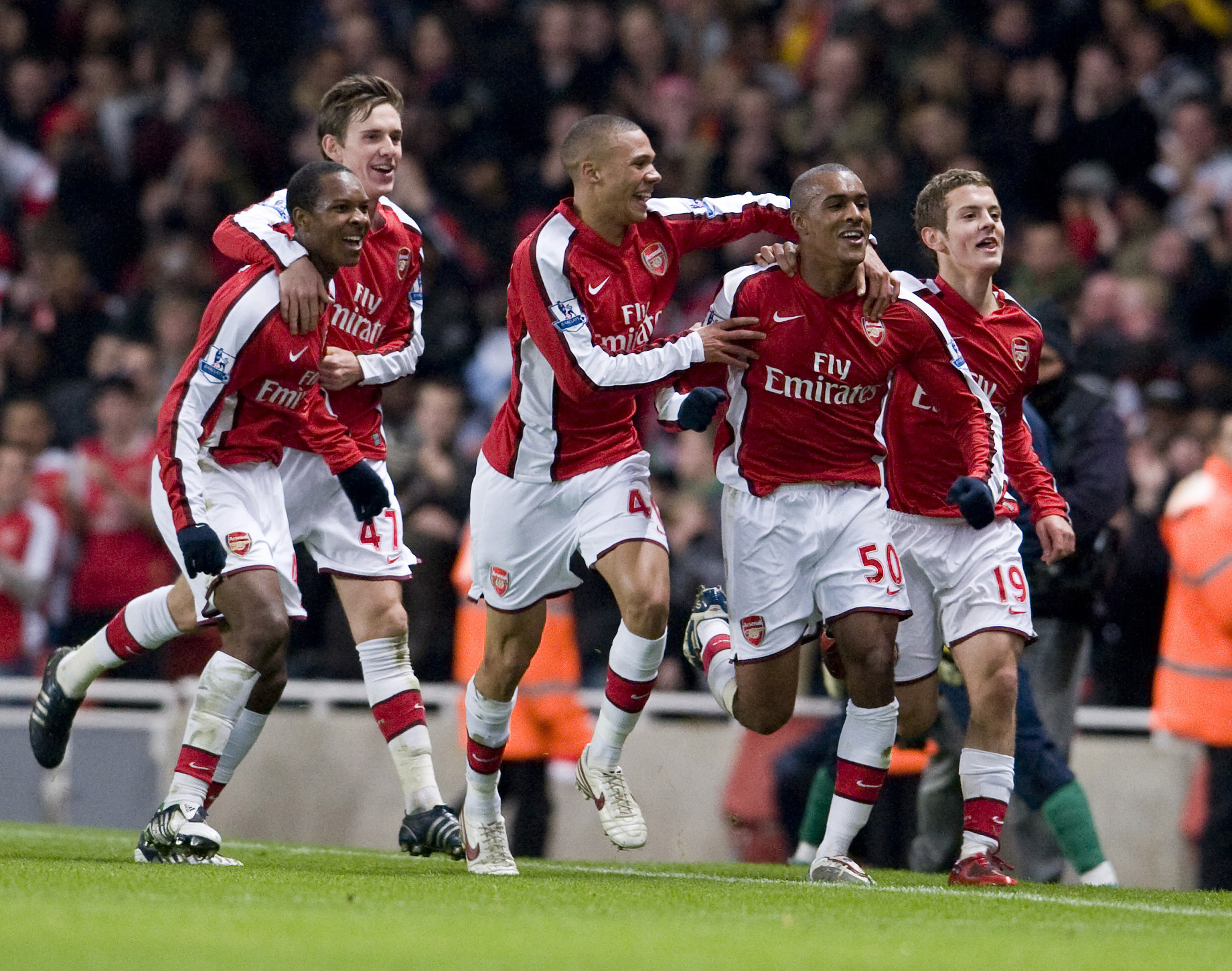 “When he first arrived he was very, very quiet. Almost suspiciously quiet. I don’t think I ever heard him utter a word in the changing room,” Hoyte admitted.

“He kept himself to himself, but then on the pitch he just worked so, so hard.

“You would see him train and instantly you would try and replicate it. He certainly made us in the academy try to act a little bit more professional.

“I think it helped that he came from Cardiff to the club, rather than do what we did and come through the ranks since we were kids.

“You almost feel like it was your home and you felt very comfortable. But with Ramsey, we would sit there and think, 'Well what is he doing that we aren’t?’

“Being around such experienced players so young had that effect on him. He instantly had that responsibility to be the role model for all young players.

“He had all that on his shoulders and was still an inspiring figure for those looking to do the same.” More than a decade on, with over 250 appearances and three FA Cup winners’ medals, Ramsey is now looking for inspiration himself in another career defining decision.

For anyone else, the language barrier would be a serious hurdle. But it’s one Aaron looks to have already overcome.

Gunter admits Aaron has been learning Italian for months now, while Flynn thinks his special skill of speaking Welsh will help him become fluent in Italian by pre-season.

But for Aaron, as it always has been, his first, last and only concern will be what happens on the pitch, regardless of those who think it’s all about the money.

“He isn’t the type of person to get involved in something if it isn’t absolutely necessary,” Hoyte said.

“Anything that gets in the way of him concentrating or focusing on football to him is a real nuisance and you can tell on his face that he is frustrated and annoyed.

“He would never say it to your face but you could just tell.”

Gunter said: “The only thing I’m surprised at is that he’s been made to make the decisions and not given a contract by Arsenal.

“I don’t think he’s been appreciated anywhere near enough and will be nice to see him go somewhere where he can really flourish and people can talk about him as a top player.

“I don’t think he’s ever been given that credit in this country.” 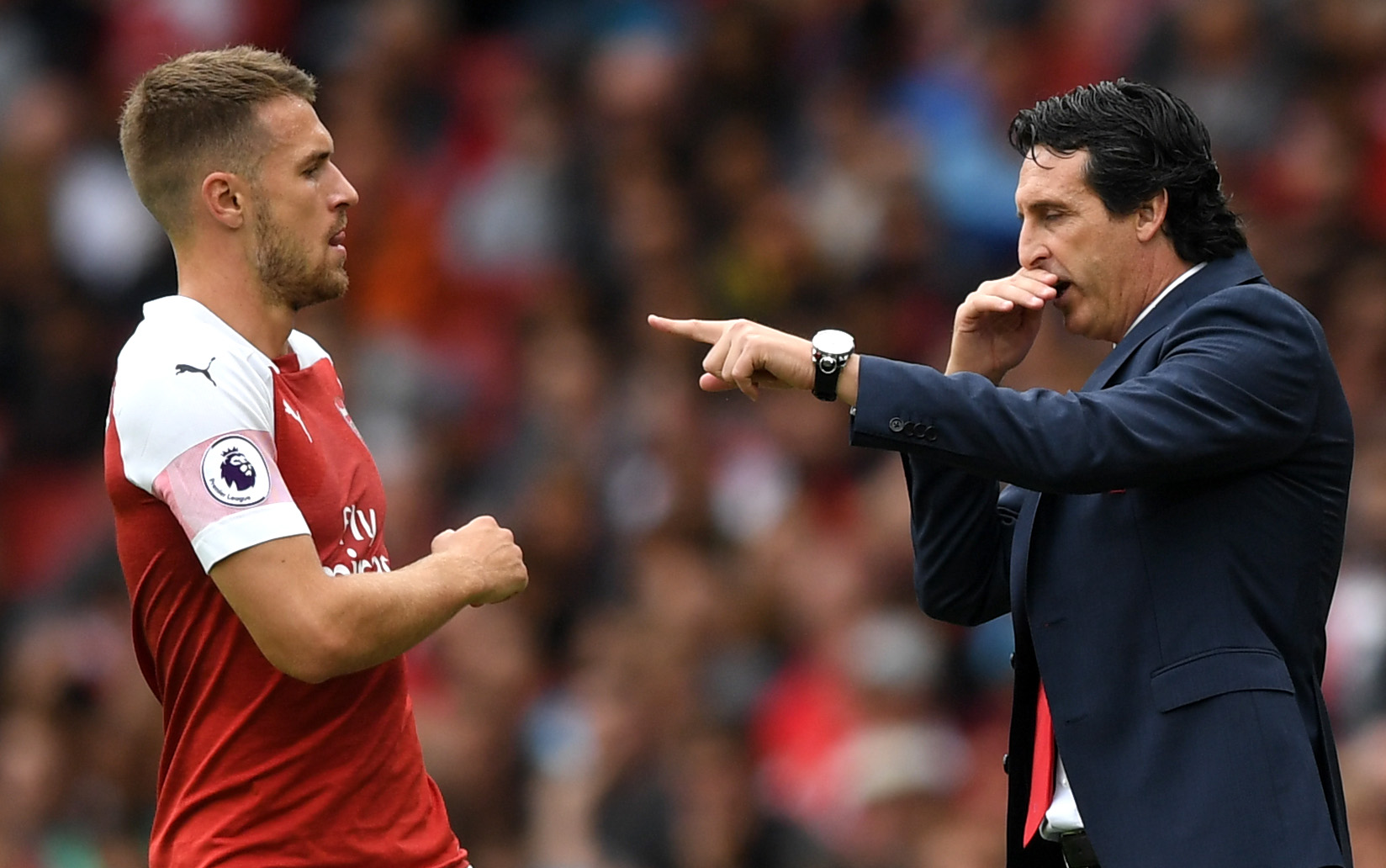 Burton added: “As a character and knowing him the way I do, there is nothing he loves more than playing football.

“Nothing else can compete, whether it’s bigger contracts or more money.

“He will be gutted that the contract dispute stopped him playing games regularly.

“He has such a desire for the game and is a player that puts in so much in every game. You have to have a natural love for it to be like that.

“This move will give him a new lease of life, and this next contract will probably see the best years of his football career if he stays injury free.”

And for Flynn, he thinks Ramsey’s biggest dilemma is who he wants to emulate more in the Welsh footballing history books – Ian Rush or John Charles.

He said: “He will turn out to be a major player for Juventus.

“I think he will be bigger than Rush. The challenge he’s got though, is whether he can be bigger than Charles. Talk about icons at Juventus – there’s no bigger Welshman than him and what he achieved.

“If Aaron reaches that level, he will be something special.”