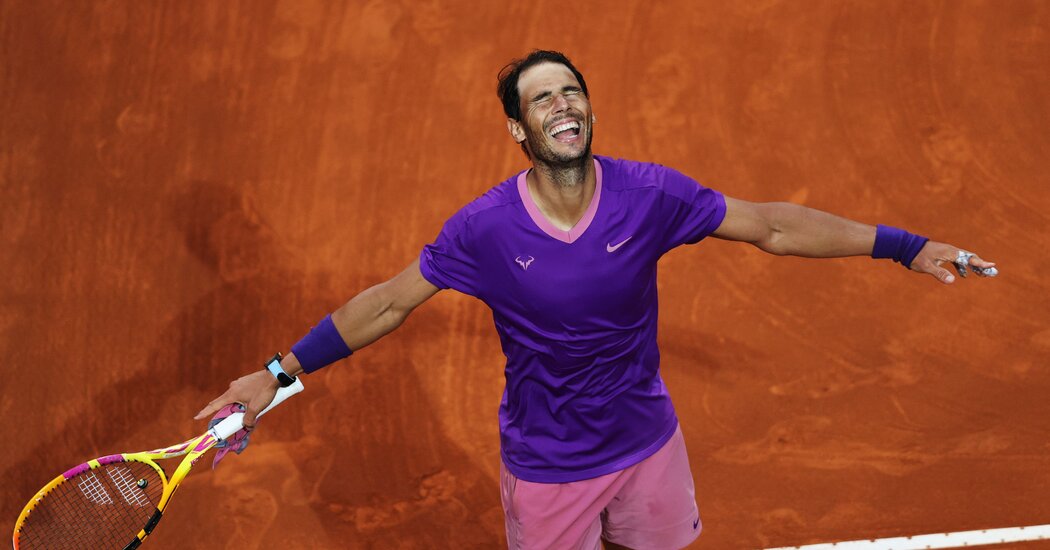 It has been less than eight months since Rafael Nadal beat Novak Djokovic in straight sets to claim his 13th French Open singles title. The pandemic had pushed the tournament from the spring to the fall, and trees had begun to turn shades of ruby.

The event now returns to its spring roots, but while the weather may be warmer and the red clay courts a little firmer and faster, there is little to suggest that professional tennis has returned to the way it was — even for Nadal.

“The conditions last year of Roland Garros probably have been the tougher conditions ever for me, for my style of game,” he said, as he warmed up for this year’s tournament by beating Djokovic at the Italian Open in Rome almost two weeks ago. “I played a very good tournament. I didn’t lose a set. But if you ask me what I prefer, I prefer to play under normal circumstances than last year without a doubt.”

This year’s French Open, with the main draw beginning Sunday, will look a little more normal with 1,000 fans per day allowed on each of the three show courts and 35 percent of capacity permitted on the smaller courts. Beginning with the quarterfinals on June 9, a maximum of 5,000 spectators, or no more than 65 percent capacity, will be able to watch on Court Philippe Chatrier, one of which will be the tournament’s first-ever night session.

Ever since the ATP and WTA Tours returned to official competition last summer, they have struggled to maintain equilibrium. Tournaments are routinely canceled or rescheduled, and draw sizes have been altered and prize money allocations thrown into disarray because of modified spectator allowances at venues around the world. In almost every city, the athletes are forced to enter into a bubble, limited in their movements to between the hotel and tournament site, unable to even eat meals in public restaurants. 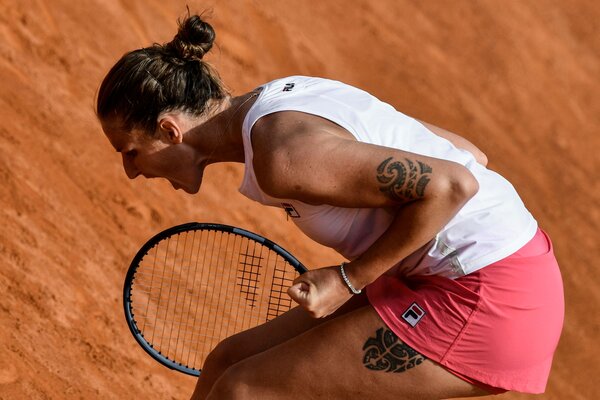 For the former world No. 1 Karolina Pliskova, who has performed spottily since the resumption of play late last year, the rules and regulations have taken a toll.

“It starts to be tough, believe me, like after a couple months to always be in the same circuit, breakfast, lunch, dinner, always the same people,” she said. “It starts to be like a bit mentally tough.” Pliskova reached the final in Rome before losing 6-0, 6-0 to Iga Swiatek, last year’s French Open winner.

Tennis players are creatures of habit who often plan their entire seasons months, if not a full year, in advance. Since tournaments are played nearly year-round, indoors and out, on vastly different surfaces, sudden changes can throw off an athlete’s sense of order, not to mention his or her ranking.

Already this season, the Australian Open was postponed by nearly a month, the BNP Paribas Open was moved from March to October, and men’s tournaments in New York; Houston; Marrakesh, Morocco; and Budapest have been shelved. Instead, venues like Melbourne, Australia; Charleston, S.C.; and Belgrade, Serbia, are hosting multiple events back-to-back to reduce travel. The WTA played two tournaments in Charleston in April.

Even the tournaments that have gone on as planned are struggling. In 2019, the Miami Open moved from Key Biscayne to the Hard Rock Stadium and offered more than $9 million in total prize money. This year, with just 20 percent of fan capacity allowed, the total prize money was reduced to about $4.3 million. The winners each received $300,110, less than a quarter of what they got two years ago.

“ATP is a broken system,” John Isner said on Twitter after the Miami cuts were announced. “Players and tournaments as ‘partners’ need to work together, but 60% cut and 80% champions cut in one of our biggest events that has TV, Data, sponsorship, and newly approved gambling revenue intact, isn’t a partnership at all.”

But while the money at the top was severely affected, early-round losers — the lower-ranked players — had less drastic cuts.

“We have adjusted the prize money distribution models, with input from the players, so that prize money levels in qualifying and early rounds remain consistent to where they have been,” Amy Binder, a WTA spokeswoman, said.

While both tours have altered their ranking regulations to reflect players who have been unable, or unwilling, to travel, some players have reacted better than others to the time off and the resumption of play.

Isner opted to skip the Australian Open and has played only four tournaments this year. By May his ranking had dropped to No. 34.

Sofia Kenin, who won the Australian Open last year and then reached the final of the French Open, has won just two of her last six matches headed into Roland Garros, which prompted her to dismiss her father, Alex, as her coach.

Alexander Zverev is well prepared on clay, having beaten Nadal, Dominic Thiem and Matteo Berrettini en route to the title at the Masters 1000 in Madrid. Thiem, who won his first major at last year’s United States Open, was so burned out that he took a nearly two-month break from the tour from mid-March to early May.

For some players, adapting their footwork and their power games to slow red clay courts makes the thought of returning to Roland Garros so soon even less enchanting.

That is especially true for Naomi Osaka, who has barely competed other than at the two majors she won since the resumption of play — last year’s U.S. Open and this year’s Australian Open. Osaka has played just three matches on clay since the 2019 French Open, and one of them was a loss to Jessica Pegula in Rome three weeks ago.

“Mentally, clay is a bit more taxing for me because you have to structure the points differently,” Osaka said. “I also think there are bad bounces and stuff. I get quite frustrated.”

On Wednesday, Osaka announced on social media that she would not attend news conferences during the French Open, saying they can be damaging to the mental health of players.

And then there is the world No. 2 Daniil Medvedev. He has won just one of his last nine matches on clay. During a loss to Aslan Karatsev in Rome, he implored the tour supervisor to default him for a verbal obscenity, shouting: “How can I not swear? If you like to be in the mud like a dog, good for you.”

For Medvedev, his issues with clay are mental and physical.

“About clay, it’s everything,” said Medvedev, who has failed to win a match in four attempts at Roland Garros. “I don’t know how to adjust my shots that work on hard courts to make them work for clay. I’m never going to be like some Spanish players that from since they are young, they know, OK, I turn around on the forehand, I spin the ball, I play high over the net, I make the ball bounce close to the line.”

Djokovic said there was an art to mastering clay.

“We all know the clay is a slower surface in the sport,” he said. “It requires more physical energy from a player, but more mental and emotional energy as well. I think you have to train on clay more than any other surface to really get yourself comfortable playing on it.”

The one player who seems totally unfazed on every surface is the world No. 1 Ashleigh Barty. She reached the semifinals at the Australian Open last year and then skipped the rest of the season, returning this year to win three tournaments — the Yarra Valley Classic in Melbourne and the Miami Open on hard courts and the Porsche Grand Prix in Stuttgart, Germany, on clay — and reached the final in Madrid on clay. Grass, she maintains, is still her favorite surface. The perennially positive Barty has a theory.

“Everyone has a different approach as to how they form their career,” she said. “Not playing last year, I’m as motivated, as driven, as hungry as I have ever been to challenge myself against the best in the world. Any time I do that puts a smile on my face.”