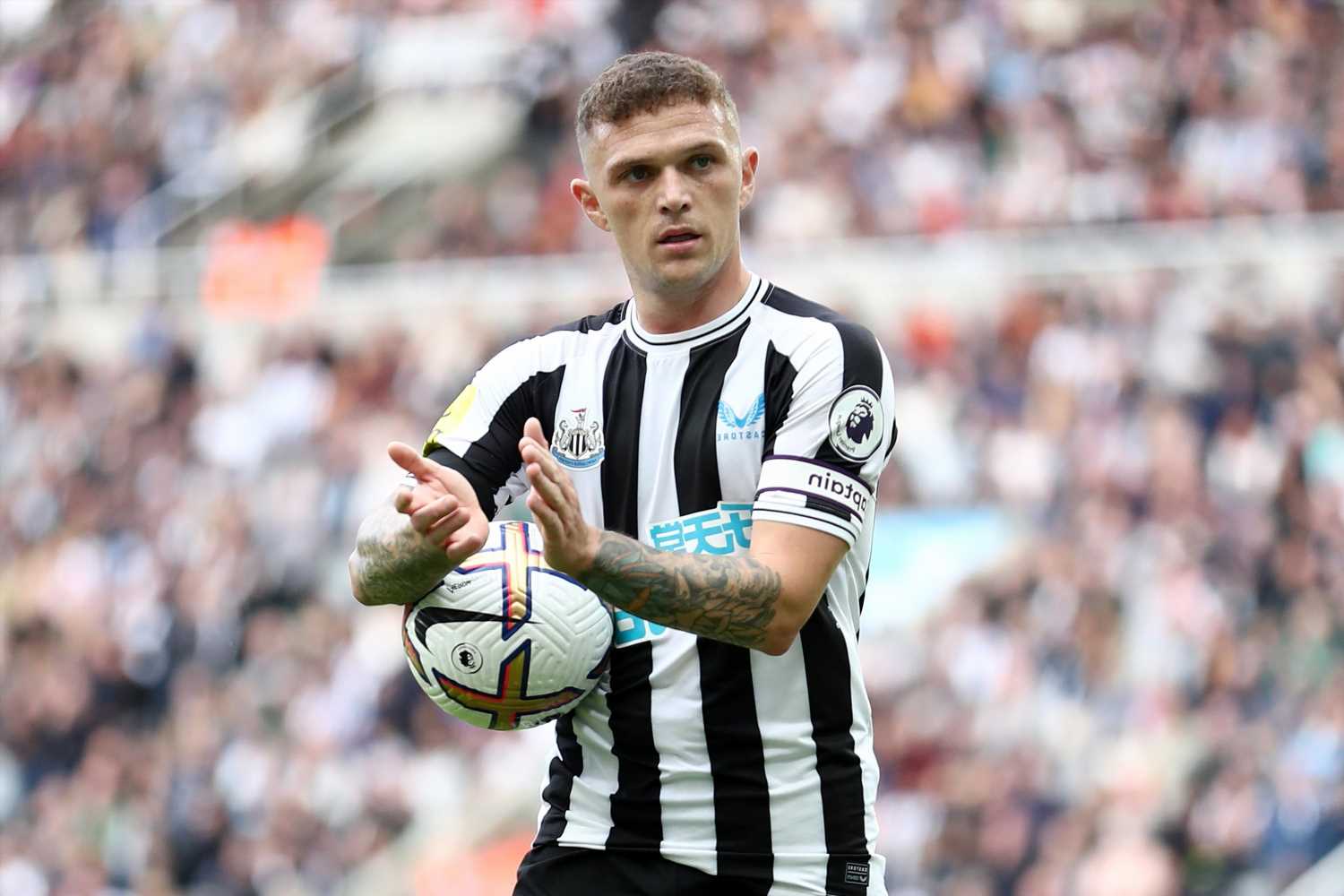 THE international break is the perfect time to reflect upon the Dream Team season so far.

Here we're shining a spotlight on those who can still be recruited for under £4m.

These are the ten best performers of 2022/23 so far within the lower price bracket, in reverse order… 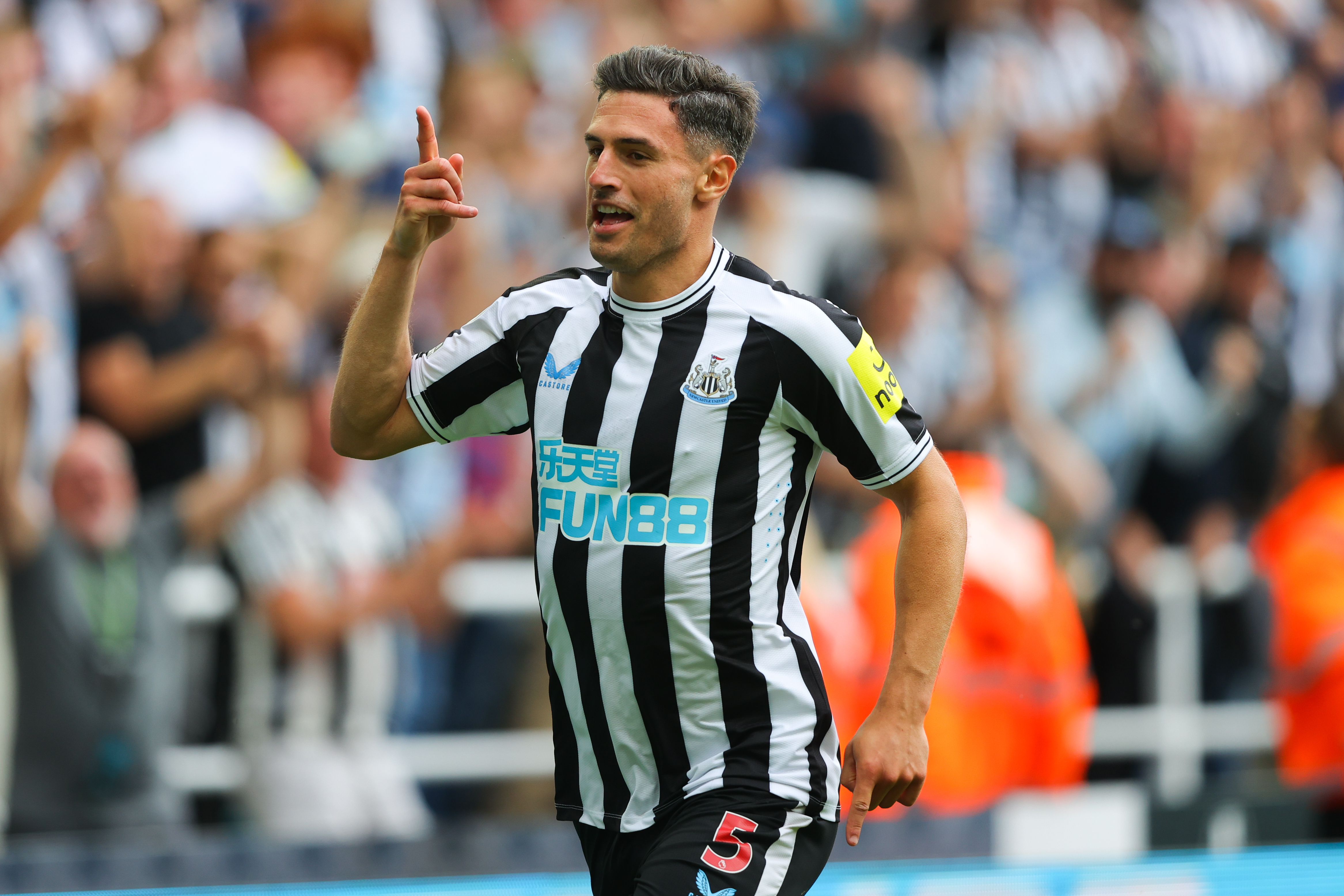 Newcastle's Swiss defender has lingered in the upper echelons of the rankings since Game Week 1 when he bagged 18 points against Nottingham Forest.

Schar scored a blistering long-range screamer on top of his clean sheet to claim the Star Man award.

Since then his returns have been fairly modest but clean sheets against Brighton and Crystal Palace means he's currently the seventh-best asset in his position after seven Game Weeks.

Liverpool's No9 has blanked in five of his seven outings this season but he thoroughly enjoyed himself in Game Week 4 when he plundered all of his 32 points at the expense of Bournemouth and Newcastle.

The Brazilian forward directly contributed to five of the Reds' nine goals against the Cherries, assisting three and scoring two for a 24-point haul.

Four days later he scored the equaliser at Anfield against the Magpies in what became a dramatic victory for Jurgen Klopp's side.

However, Dream Team bosses would do well to avoid Firmino now Darwin Nunez (£4.8m) and Diogo Jota (£4.4m) are available for selection again.

Arsenal's new captain has scored three goals in six league appearances this campaign and would probably be higher on this list had he not struggled with injury in the last fortnight.

Mikel Arteta will be hoping Odegaard is able to regain full fitness during the break, as will the 28.2% of Dream Team managers currently backing him.

The Norwegian playmaker is the fourth-most popular midfielder right now and only five assets in his position have more points.

Tottenham's midfield enforcer is the kind of player we would usually advise Dream Team bosses to ignore.

Defensive midfielders simply don't tend to provide enough points but Hojbjerg has bucked the trend at the start of this season as he's scored two goals and provided two assists.

Whether the Denmark international is able to maintain this rate of attacking output remains to be seen but he deserves credit for his efforts in the first few Game Weeks. 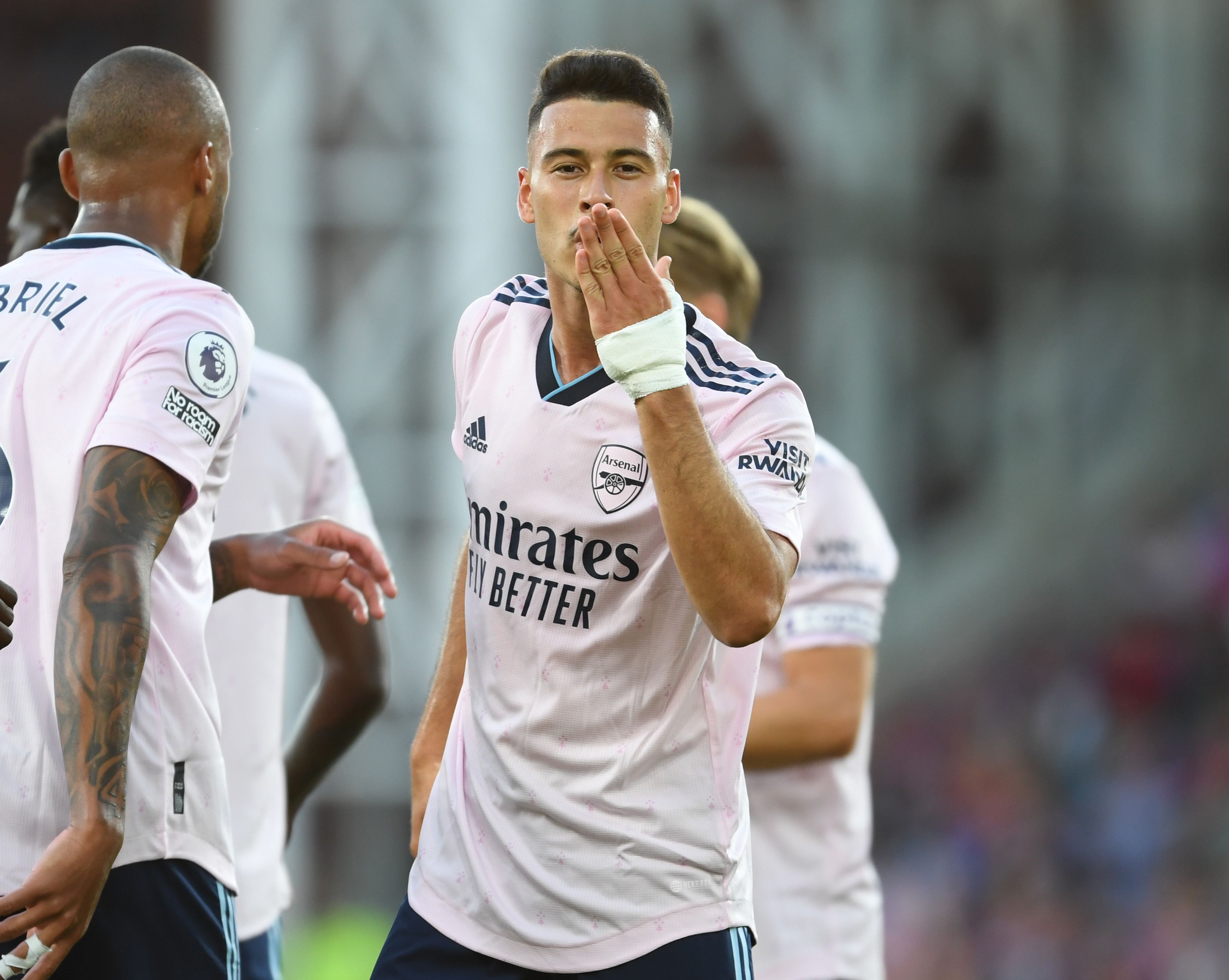 The 21-year-old's three goals have been instrumental in ensuring Arsenal top the table come the end of September.

Martinelli has established himself as the first-choice option as the Gunners' left-sided forward this term and has generally looked lively – he's been rewarded with five 7+ ratings already.

The third and final Arsenal player to make an appearance in this list.

A standout potential bargain from the get-go, the Frenchman has delivered in spades and now has as many points as Ruben Dias (£5.4m) and Thiago Silva (£5.7m), two centre-backs who cost twice as much as Saliba.

The 21-year-old can still be picked up for £2.7m and has proved himself to be a threat at set-pieces.

Saliba has two goals and an assist on top of his defensive returns.

A surprising inclusion here as Everton only just registered their first league win of 2022/23 at the weekend.

Saying that, they're also undefeated in their last six games in all competitions, a run which includes three clean sheets.

Tarkowski has quickly established himself as an automatic selection at Goodison Park and while the underlying numbers suggest the Toffees will concede their fair share of goals this season, the 2.1% of gaffers backing the ex-Burnley defender have been handsomely rewarded in recent weeks. 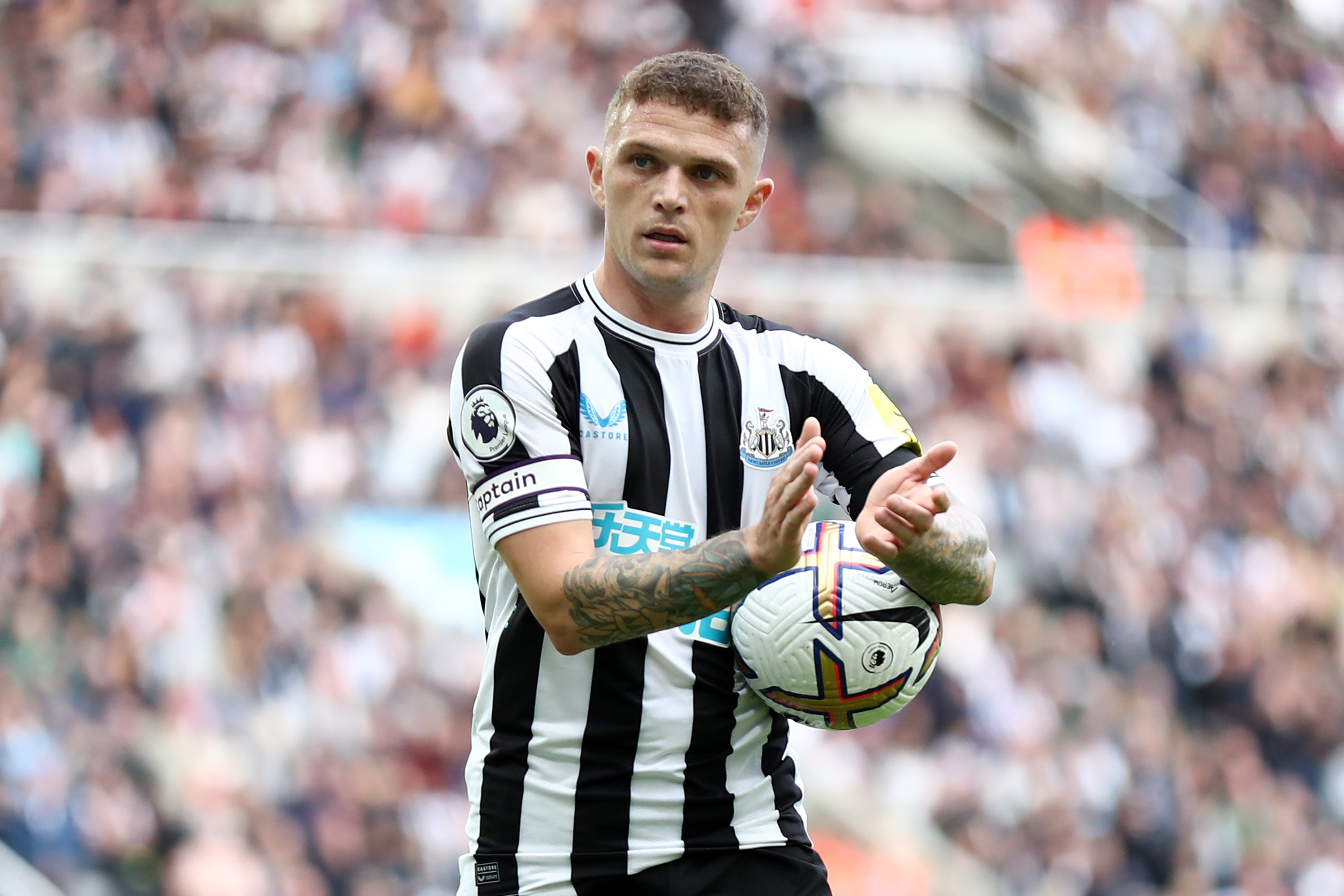 Only Cancelo has more points than Newcastle's right-back at this interlude.

Eddie Howe's side will be frustrated with just the one league win at this stage but they've been difficult to beat, with Fabio Carvalho's (£2.2m) 98th-minute goal being the only strike that has condemned them to defeat.

Trippier has contributed to three clean sheets while also providing a goal and an assist going forward.

The England international was immensely popular prior to Game Week 1 and he's living up to the hype at this stage.

Much of what applied to Schar and Trippier also applies to Newcastle's new goalkeeper.

However, the real key to Pope's healthy points tally is the fact he's earned three Star Man awards, the joint-most among all assets.

The former Burnley man thoroughly deserved his Star Man gongs as well – he's noticeably been one of the league's best shot-stoppers in 2022/23. 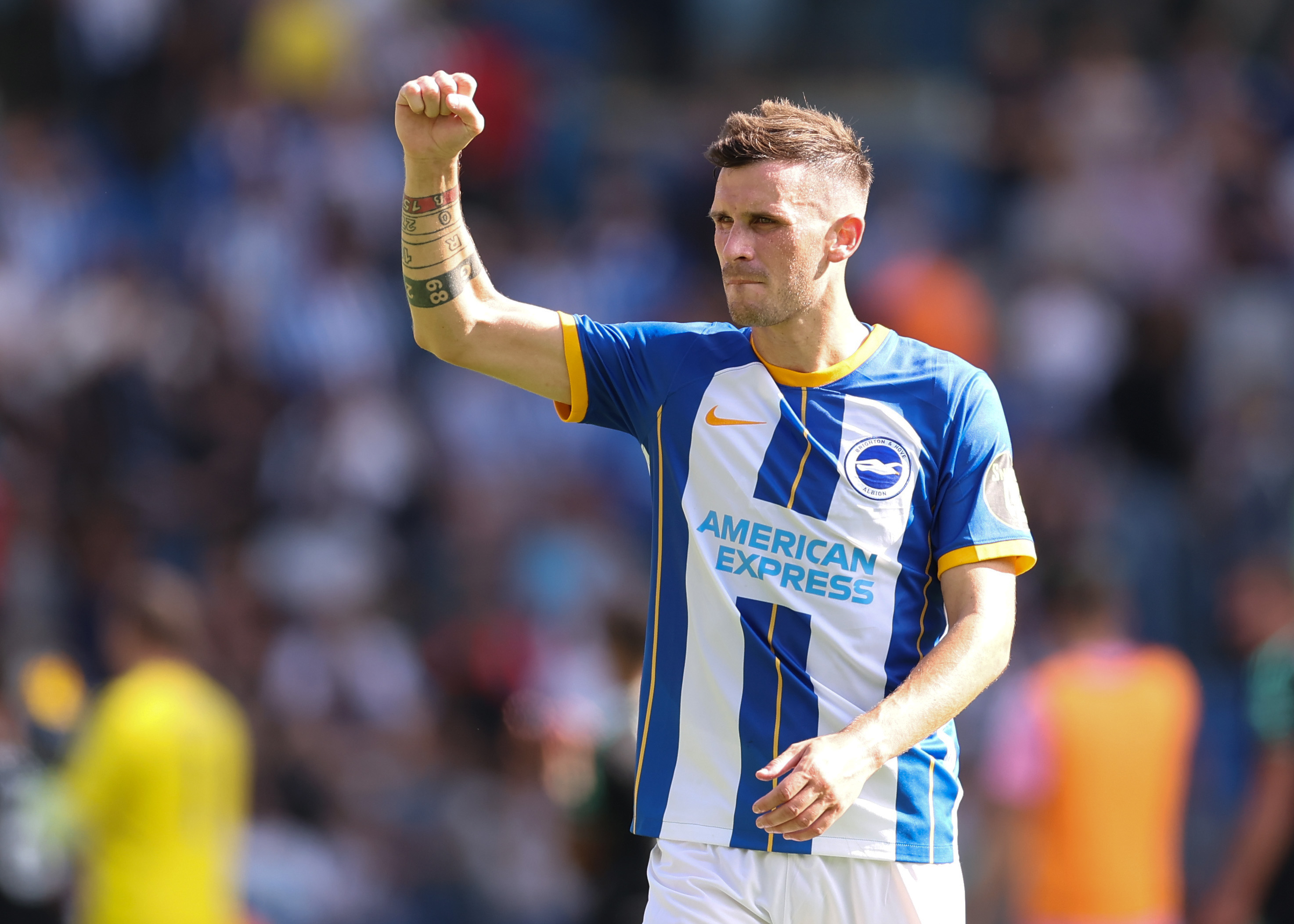 Top of the pile is the man who has enjoyed an unusually productive spell at the start of this campaign.

With three goals and two assists, the German midfielder is on course to smash his previous best in terms of goal involvements in one season but history suggest he'll slow down at some point, especially now Graham Potter has moved onto pastures new.

Still, let's not worry about that for now.

Gross has played brilliantly in his six outings so far and the fact Kevin De Bruyne (£7.4m) is the only midfielder with more points at this stage is a remarkable achievement.