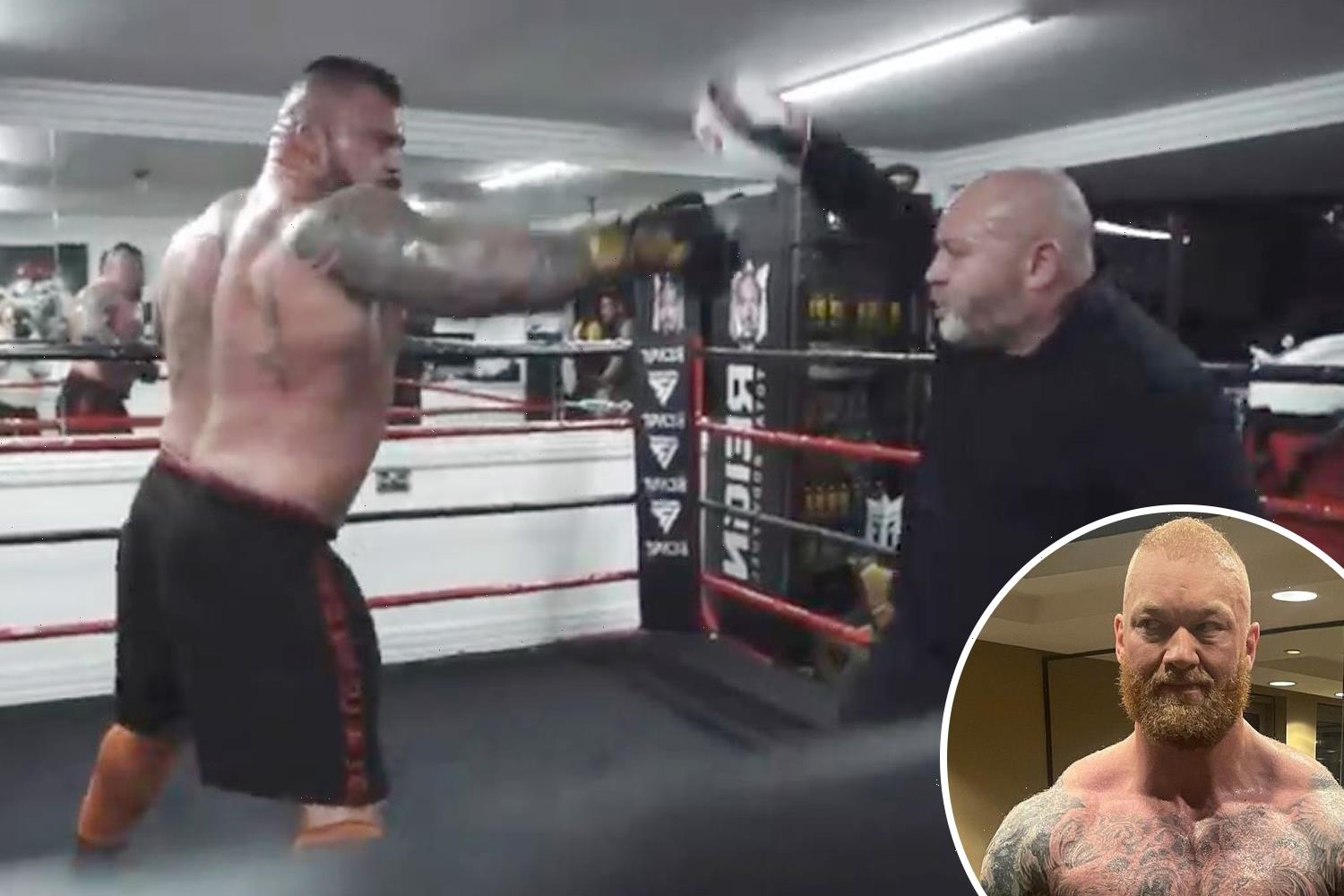 EDDIE HALL has stunned fans with his explosive power after sharing footage of him training ahead of his bout against Hafthor Bjornsson.

The British behemoth was set to face his former Strongman rival in September, but he suffered a detached bicep in the summer to delay the fight until 2022. 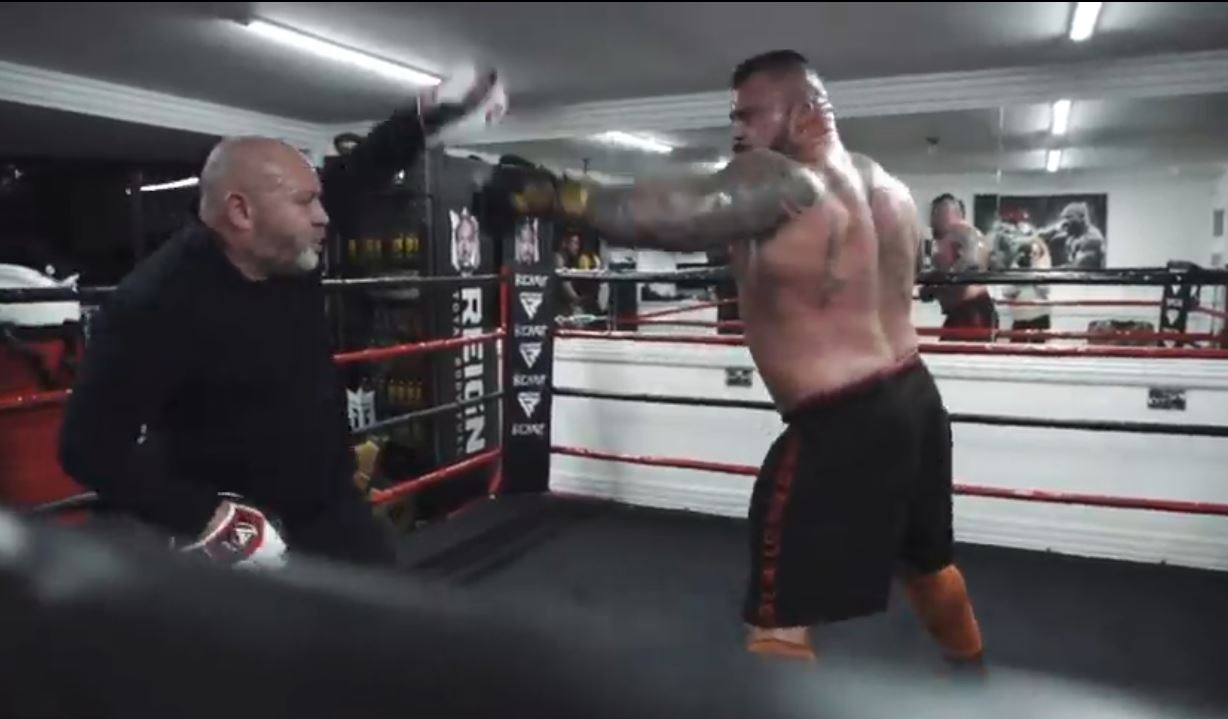 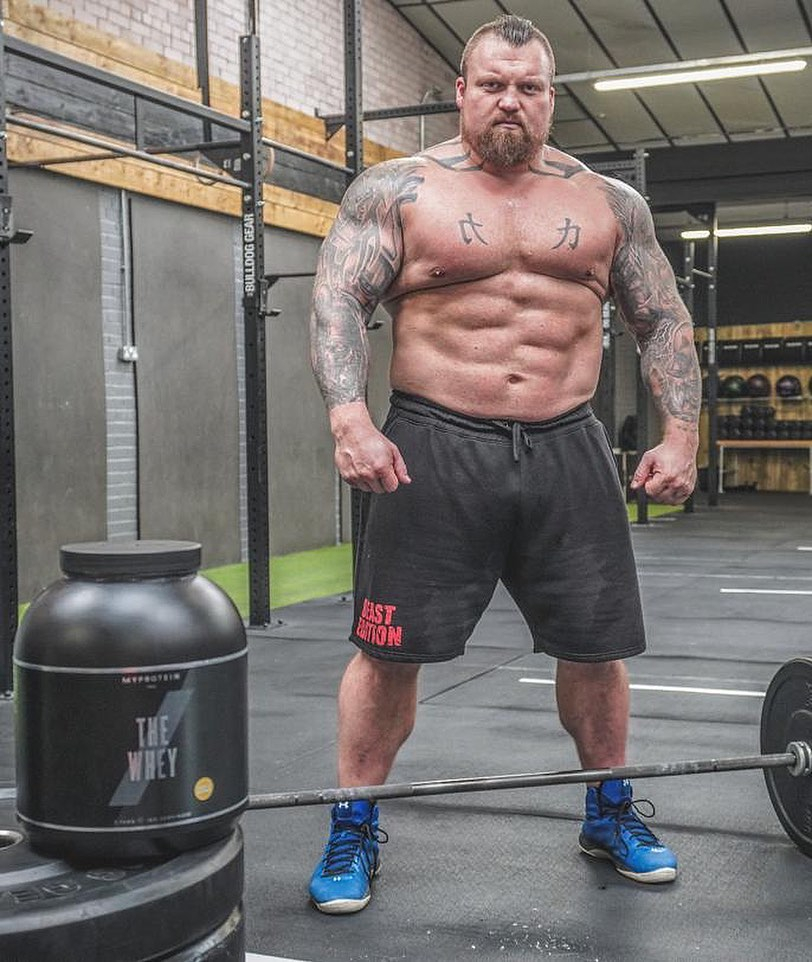 And Hall has shown he is in incredible condition following surgery as he wowed his supporters in a clip shared to his 2.9 million Instagram followers.

In the footage, Hall can be seen throwing a barrage of combinations in a pad session which hurt his trainer.

Towards the end of the video, the 33-year-old even apologised as his trainer held his arm in agony.

"My left arm is back to full strength and some. Nice to see all the hard work I’ve been doing on explosive power come to fruition.

"Feeling super confident and can’t wait for a date for the fight.

His fans were quick to comment, as one user quipped: "I was wondering when Bob Hoskins arms were gonna come off. Serious power there mate."

Another remarked: "Oh yeah, Eddie is winning this fight. Thor is way too slow and uncoordinated. Eddie's size and speed gives him the edge."

A third added: "S*** that trainer must have some solid hands!"

One then said: "Looking proper explosive! Scary how a guy as big as you can move that quick. Think I can safely say no one wants to receive one of those to the face."

Hall has declared he will inflict a broken jaw on Thor when they come to blows inside the ring.

He insisted: "In the beginning, I think everyone had Thor as the favourite because he’s got the reach and height advantage. 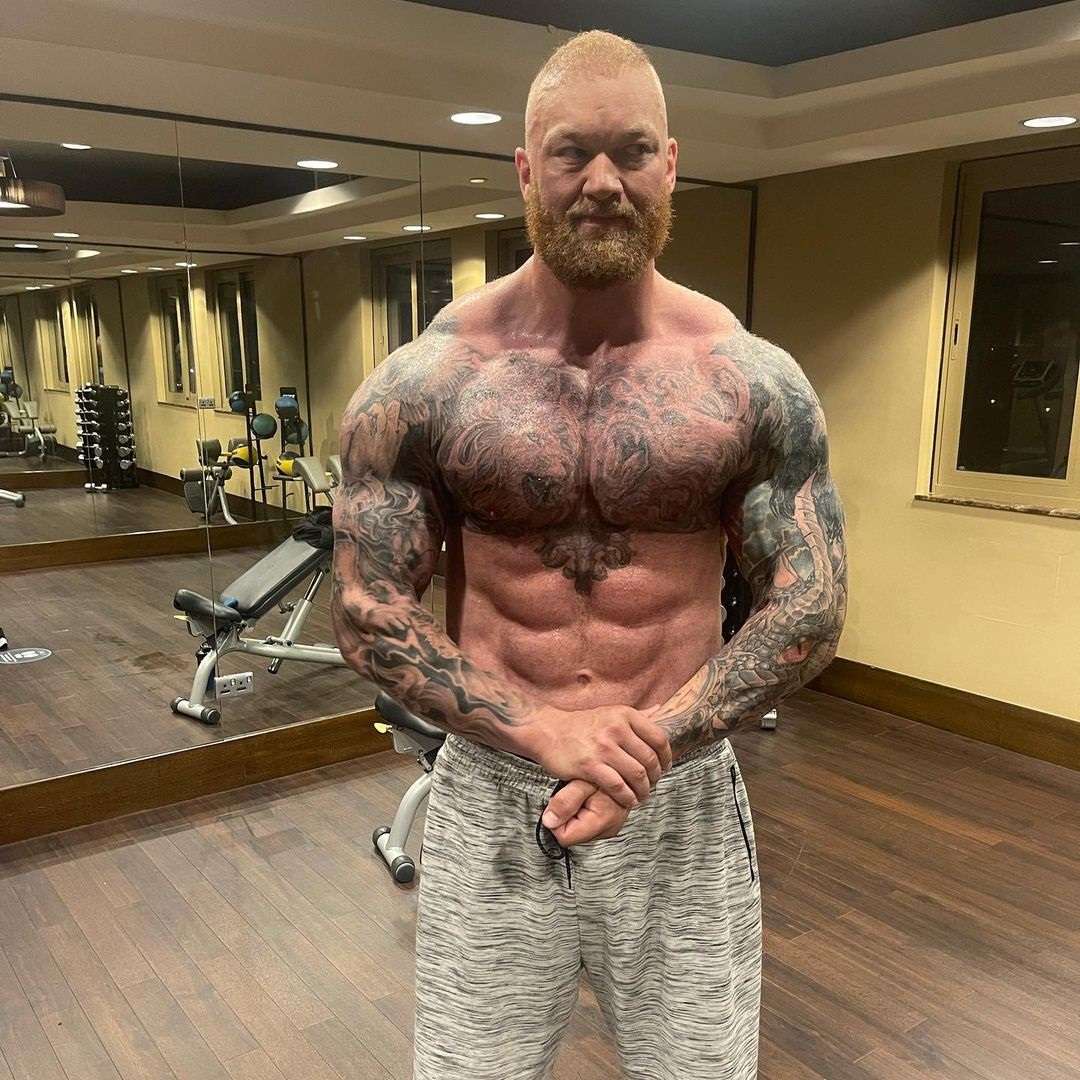 “I’m putting my heart and soul into this fight and I don’t do anything 99 per cent. It’s 100 per cent or nothing.

“I think it’s safe to say the public is starting to get that feeling that I’m taking this very seriously indeed and that Thor is going to get a broken jaw.”