While there have been highs for Kyrgios – cracking the world's top 15, a first Masters final, four ATP titles – there have also been countless controversies.

On the flip side is that, away from the court, Kyrgios is acknowledged as a decent human being, with his charitable foundation for underprivileged children earning acclaim. 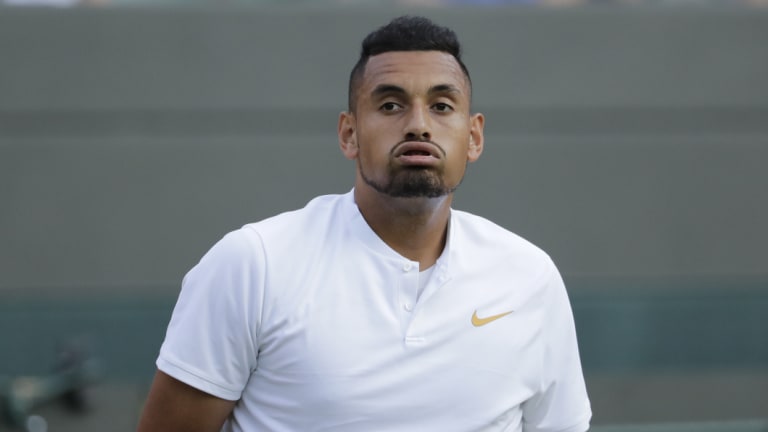 Philippoussis, himself often a target of criticisms he failed to capitalise on his talent during his time on the circuit, offered a different perspective on why Kyrgios is struggling.

"People go on about how talented Nick is but he's terrified to show that he's trying because if he loses then it's because he wasn't good enough," he said.

"Whenever he loses, everyone goes on Instagram and says: 'Dude, if you only tried you'd be that good.' That's a complete bulls— cop out.

"There's no other sport where you lose as much as tennis. There's nothing wrong with losing matches but Nick's just not going to get through that. That's the difference."

Philippoussis' comments follow on from seven-time grand slam winner John McEnroe, who warned 23-year-old Kyrgios would have no future in tennis unless he changed his ways.

Having been defeated in the second round of the Brisbane International, which dumped him out of the world's top 50 for the first time in four years, Kyrgios suggested on Twitter that Australian Davis Cup captain Lleyton Hewitt had stopped attending his matches.

Kyrgios wrote: "He has what some call abandon [sic] us."

He then deleted the tweet and claimed it was a joke once the backlash ensued. But it was too late. 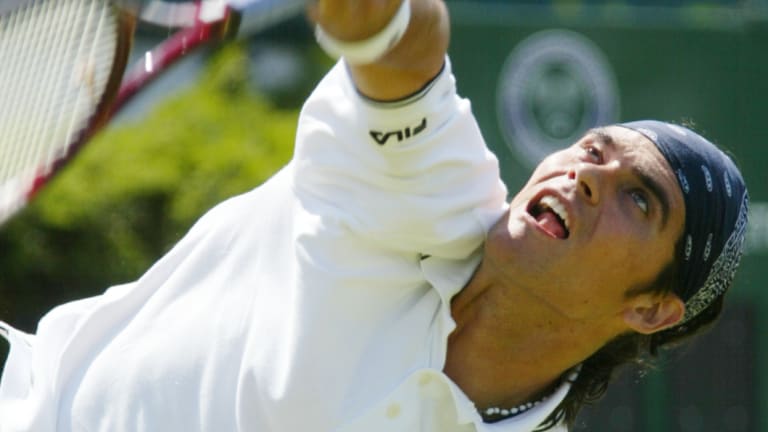 Philippoussis often faced controversy during his own hit-and-miss career.Credit:AP

McEnroe, a fan but frequent critic, added that unless Kyrgios changes his attitude, "he's not going to be in tennis in a couple of years".

Five years ago, Kyrgios announced himself with a stunning win over Rafael Nadal in the fourth round of Wimbledon.

A run to the Australian Open last eight in 2015 received praise from Andy Murray after their quarter-final. Murray then added a note of caution: "He'll make some mistakes. Growing up in the spotlight isn't easy."

Within seven months, Kyrgios had exited Wimbledon after appearing to "tank" against Richard Gasquet, and had been condemned for crudely sledging Stan Wawrinka about his girlfriend, Donna Vekic, during a match in Montreal.

Kyrgios, who is unseeded for the Australian Open, starts his campaign at his home grand slam against fellow big server Milos Raonic.