VAR continues to drive a huge debate following its introduction to the Premier League this season.

Just two game weeks into the new campaign and the controversial technology has already had an impact on high-profile matches. 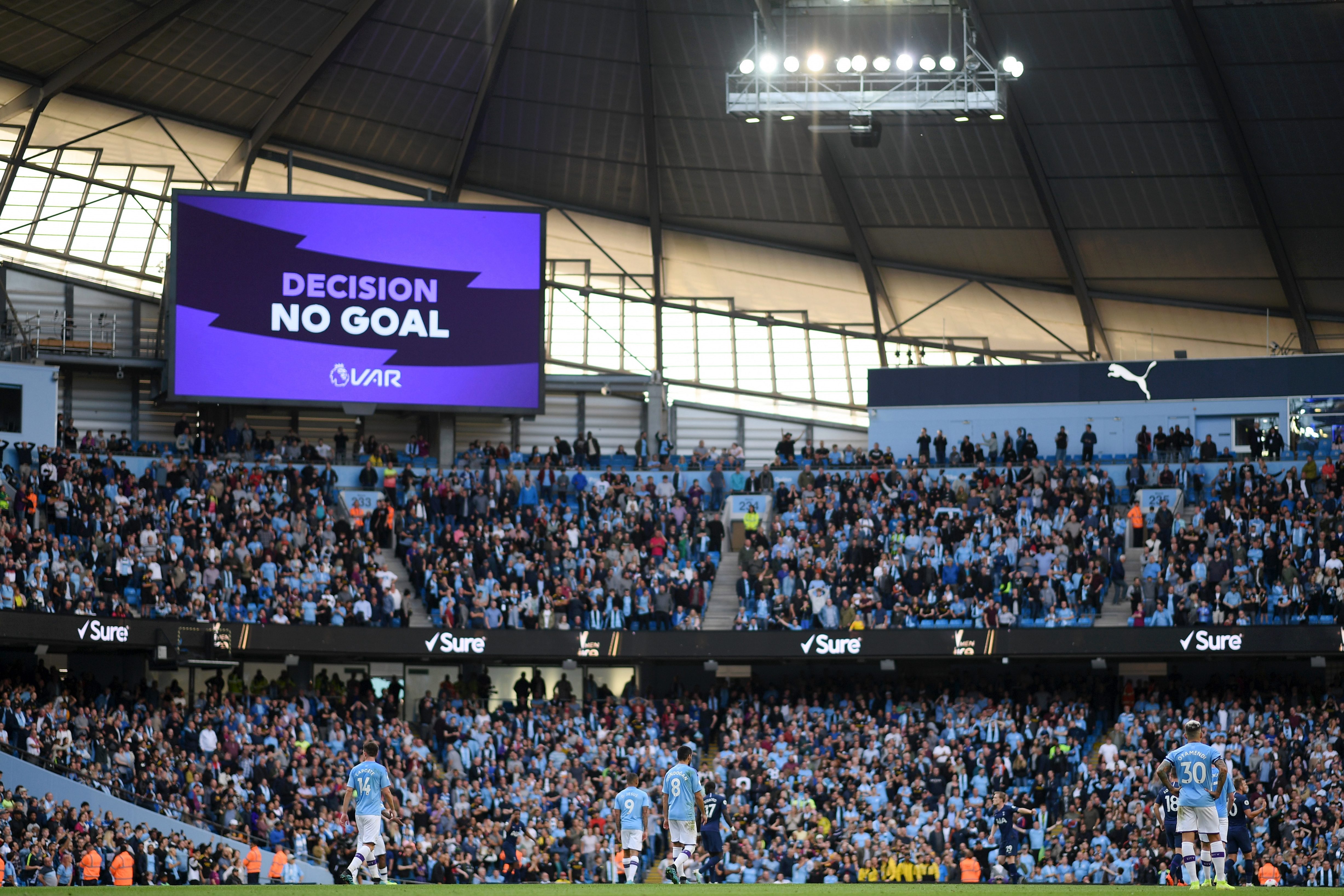 Gabriel Jesus thought he had scored a last-gasp winner for the hosts until VAR was used to determine that the ball had hit the arm of Aymeric Laporte in the build-up.

The defender clearly had no intention to handball it and his arm was in a natural position when it was struck.

Tottenham fans were obviously jubilant in the stands but the same can't be said about the City faithful and their players.