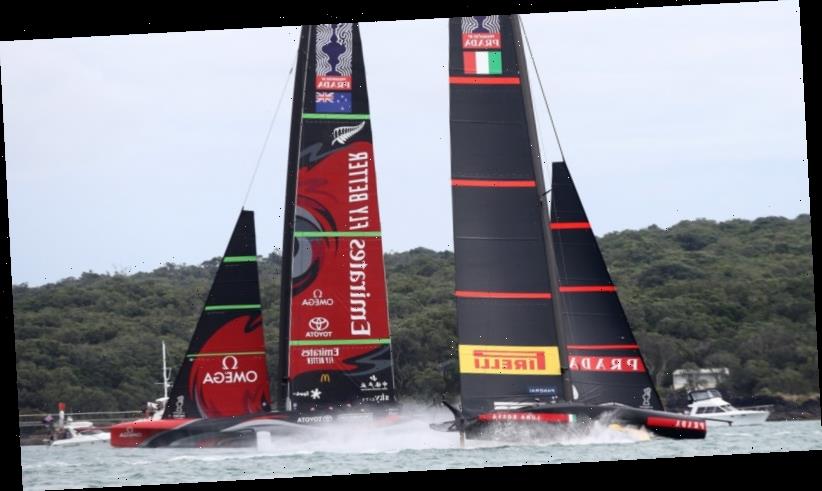 Team New Zealand moved within one race win of a second successive America’s Cup triumph but their hopes of sealing the match on Tuesday disappeared when race 10 was abandoned due to unfavourable wind off the coast of Auckland.

After a short postponement, defender TNZ won the ninth race by 30 seconds over Luna Rossa in a time of 25 minutes and 29 seconds to take a 6-3 lead in the best-of-13 match. 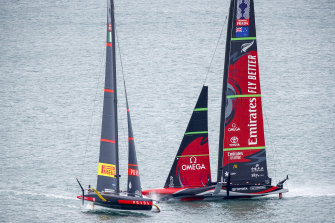 TNZ will get the chance to win the ‘Auld Mug’ when racing resumes on Wednesday.

“Pretty tight race all in all,” TNZ helmsman Peter Burling said after race nine. “One little right shift … really decided it for us. It’s great to walk away with another win as well.

“We’re just going out and trying to keep learning and improving and doing what we can. We’ll keep fighting for as long as it takes.”

Challenger Luna Rossa sailed off in disappointment after having been passed late in the fifth leg due to a tactical blunder. That allowed TNZ to reel in the Italians by the fifth mark and power away over the final leg to a dominant win.

The second race was postponed for about 10 minutes due to unsuitable conditions in the Hauraki Gulf and then abandoned shortly before the 6pm local time deadline.

Having lost both races on Monday due to a tactical mistake and poor execution, Luna Rossa were again culpable in their defeat on Tuesday. 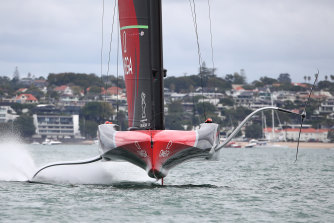 They cemented a lead after an aggressive manoeuvre pushed TNZ wide of the second mark and held onto it until deciding to shift to the left of the course on the fifth leg.

TNZ found more wind on the right and quickly overtook the Italians before the fifth mark, then left them no chance by roaring through the final leg to the finish.

Luna Rossa’s Jimmy Spithill apologised to his teammates over the radio for the gaffe, while his co-helmsman Francesco Bruni said they had to put the disappointment behind them.

“Yeah, unfortunately, obviously it was a painful [result] but chin up and keep fighting hard,” said Bruni.

“I’m very proud of the full team … just we couldn’t get every shift right and we missed this opportunity but we need to think about the next race. We can still win races, for sure.”