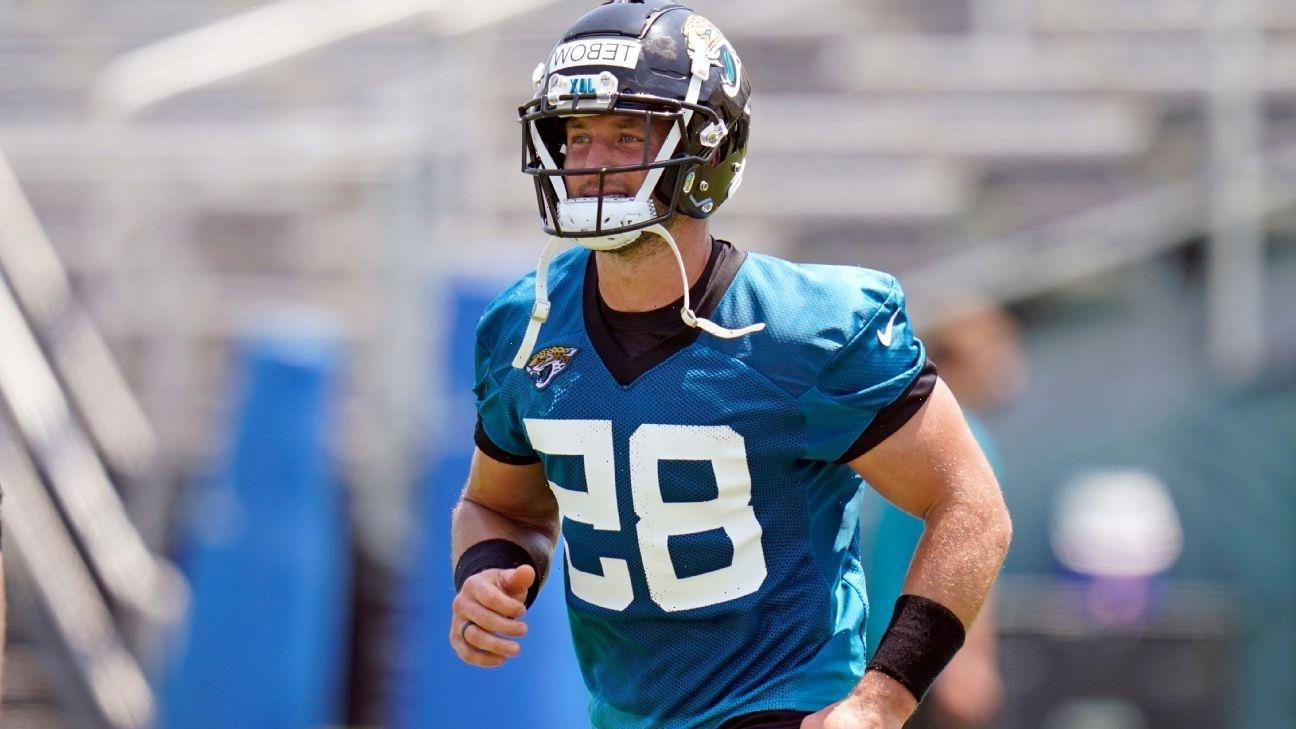 Last week, after the former Heisman Trophy winner signed with the Jacksonville Jaguars as a tight end, Station Casinos in Las Vegas put the Tebow touchdown prop on the board and took instant action, including a $2,000 limit bet on the under. Station’s sportsbook has had an over/under prop on passing touchdowns for new Los Angeles Rams quarterback Matthew Stafford since late March. In just one week, the amount wagered on the Tebow prop had already eclipsed the handle on the Stafford prop.

As of Thursday, the overall bets on the Tebow prop were split equally on the over and under, but according to Esposito, about five times as much money had been wagered on the under. The price to bet the under, which opened at -125, is now -165.

Tebow must play in the Jaguars’ Week 1 game against the Houston Texans or all bets on the prop are refunded. Only rushing and receiving touchdowns are included, which could be an important stipulation.

On Thursday, ESPN’s Dianna Russini said on Get Up! that some within the NFL believe that new Jaguars coach Urban Meyer brought in Tebow to play quarterback in a versatile role similar to how the New Orleans Saints use Taysom Hill. Tebow won the Heisman Trophy playing quarterback for Meyer at Florida in 2007.

Meyer said Thursday that the Jaguars are still figuring out a plan for Tebow.

“I think it’s one step at a time and see what happens,” said Meyer, whose team held organized team activities this week. “Before you start having those conversations, you’ve got to feel where he’s at on the depth chart. So obviously, it’s only been a couple days, so we have not had that conversation as an offensive staff yet.”

Esposito said his oddsmaking team at Station Casinos considered the possibility of a more versatile role for Tebow when they set his over/under.

“I thought 2.5 was low myself,” Esposito said. “But the bettors have liked the under so far. It’s generated a tremendous amount of interest, chatter, watercooler talk and some limit bets.”

Other sportsbooks have seen interest in Tebow from bettors, too. At PointsBet, Tebow’s props were generating similar interest as offerings such as which team Aaron Rodgers would suit up for next.

Entering the week, DraftKings was offering prop bets on only three players: Trevor Lawrence, Zach Wilson and Tebow. The props involving Tebow had attracted more than three times the amount bet as the ones featuring Lawrence or Wilson. On May 21, the day after Tebow signed with the Jaguars, a bettor placed a $4,108 bet on Tebow catching at least one touchdown this season at 3-1 odds at DraftKings.

Tebow has not played football since the 2015 NFL preseason. He spent six seasons in the league as a quarterback with the Denver Broncos, New York Jets, New England Patriots and Philadelphia Eagles. He has 12 career rushing touchdowns and has never caught a pass in an NFL game.