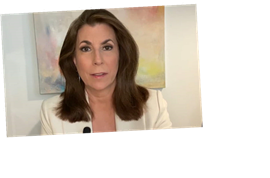 Her comments come on the heels of the MLB relocating the All-Star game to Denver, after Georgia passed a new law making voting guidelines more strict. Many Democrats reportedly believe the new law to be racist, with President Biden even stating that it’s on par with the Jim Crow-era laws.

The loss serves as another huge blow to the hospitality industry after companies were crushed by the COVID-19 pandemic. Bruce argued that the league’s decision to move the game’s location is devastating to Atlanta’s local businesses.

“The impact of this is affecting wage earners…these people who are working at the stadium – thousands of people in Atlanta who are relying on this for a boost to their own pocketbooks – finally having a job, making some decent money, getting people into that area…the destruction is extraordinary.”

Bruce went on to suggest that the Democrats, whose stance on the matter seemed to prompt the relocation, were only trying to retaliate against the Right.

Bruce also argued that the people responsible were thinking purely about politics, and failed to consider the massive impact this change would have on everyday people – specifically local business owners.

“This is the problem with our politicians and the establishment today. There is no consideration for the average person.”

Bruce went on to blame Democrats, specifically the Biden administration, for only worrying about the “cudgel” they have politically.

“Once again, the people are the cannon-fire,” slamed Bruce. “There are politicians making decisions that, sometimes, make no sense, and in fact destroy your life…but it’s like ‘oh well, c’est la vie’ – so that’s what we’ve got here.”

Fox Nation programs are viewable on-demand and from your mobile device app, but only for Fox Nation subscribers. Go to Fox Nation to start a free trial and watch the extensive library from your favorite Fox News personalities.