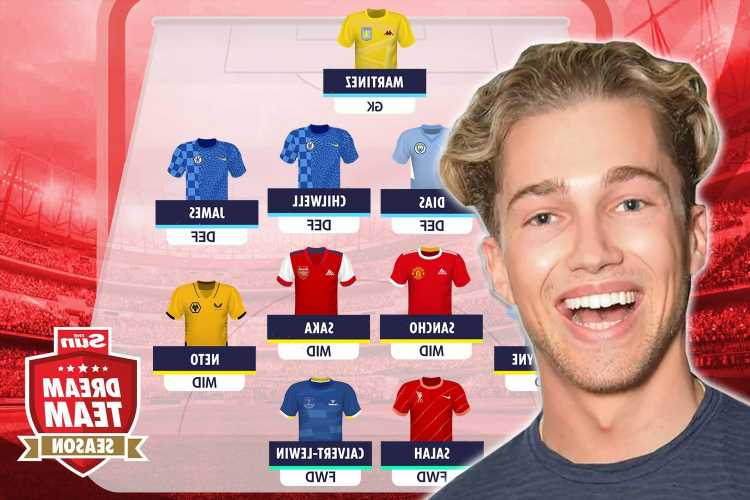 YOU can take on AJ Pritchard in Dream Team during the 2021-22 Premier League season and be in with a chance of winning a share of a bumper £100,000.

The UK's top fantasy football game allows you to pit your wits against tens of thousands of other players including a host of famous faces. 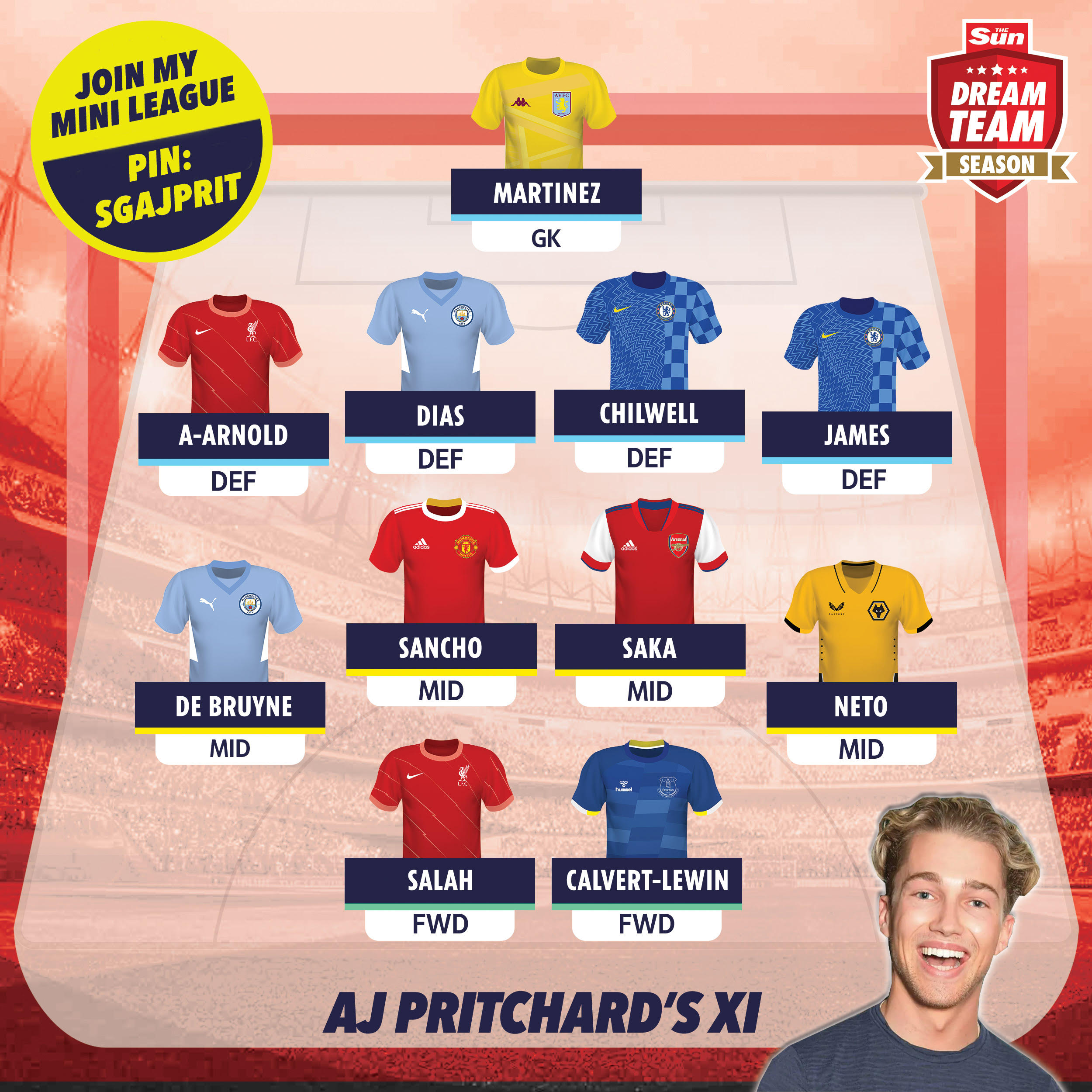 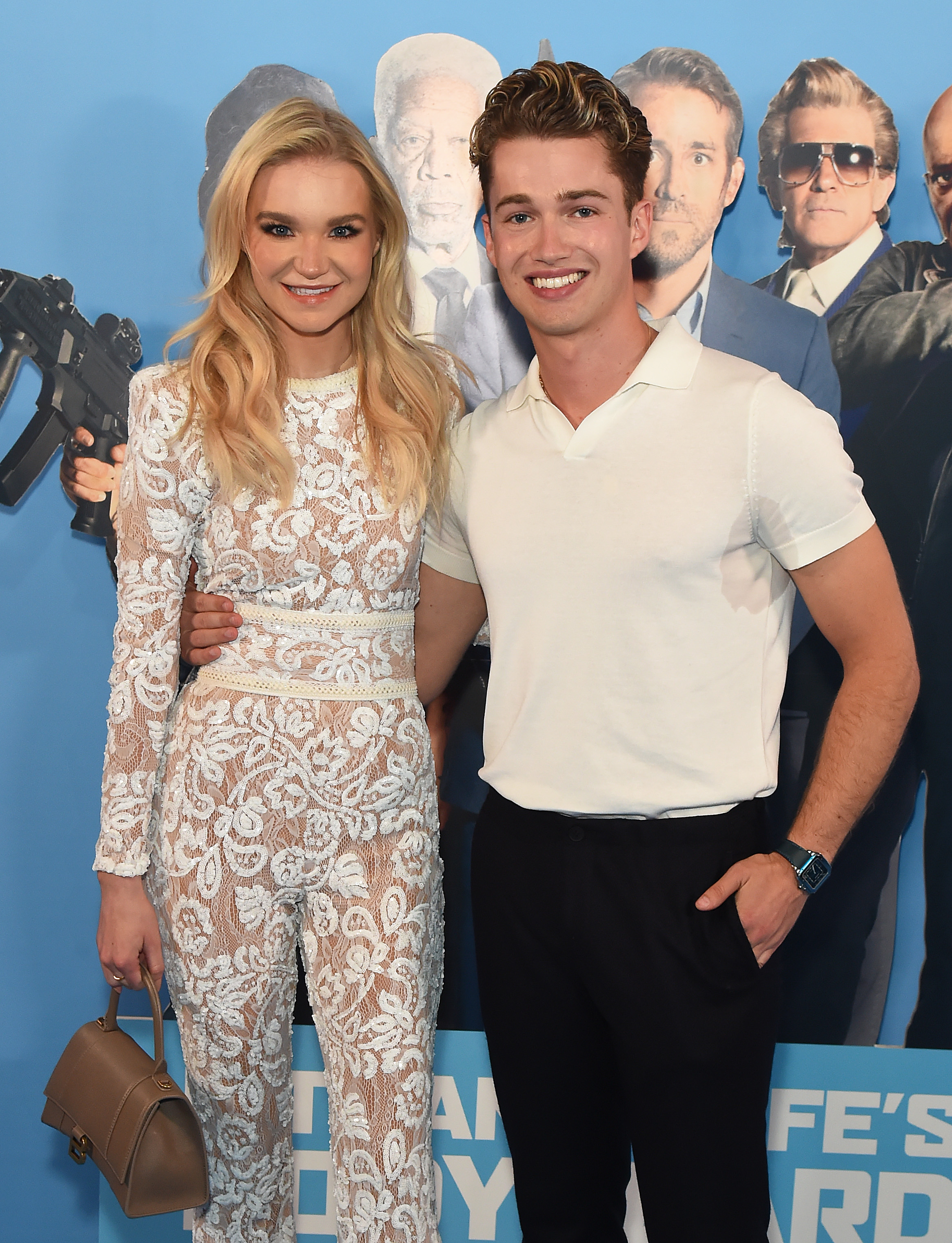 And best of all, it's completely FREE to play.

So make sure you've entered your team by then.

You'll be able to battle former Strictly Come Dancing star Pritchard all the way through the season by joining his Mini League.

To do so, just register, pick your XI and then enter the code 'SGAJPRIT'.

Going for an old school approach, Pritchard has picked just two forwards – Mohamed Salah and Dominic Calvert-Lewin – in a 4-4-2.

Pritchard will be hoping to make up the points in midfield, with an ultra-attacking quartet.

Emiliano Martinez gets the nod in goal, with Trent Alexander-Arnold, Reece James, Ben Chilwell and Ruben Dias his back-four.

So do you reckon you have what it takes to take on – or even beat – Pritchard?

HOW DOES IT WORK?

In the Dream Team Season game, you’ve got a budget of £50m to pick 11 Premier League players.

Choose wisely, some players are pricey and you’ll struggle to completely fill your fantasy football team full of superstar names.

But don't worry if you fear you've made a mistake or a star man gets injured.

As a manager you can make a maximum of three transfers to your team each month.

Your chosen ones are awarded points for things such as scoring, assists, getting a 7+ match rating (via WhoScored) and winning Star Man.

There are private and public Mini Leagues, meaning you can own your mates or take on a world of other fantasy football fans.

So, what are you waiting for? Sign up now and Own Your Mates with Dream Team.