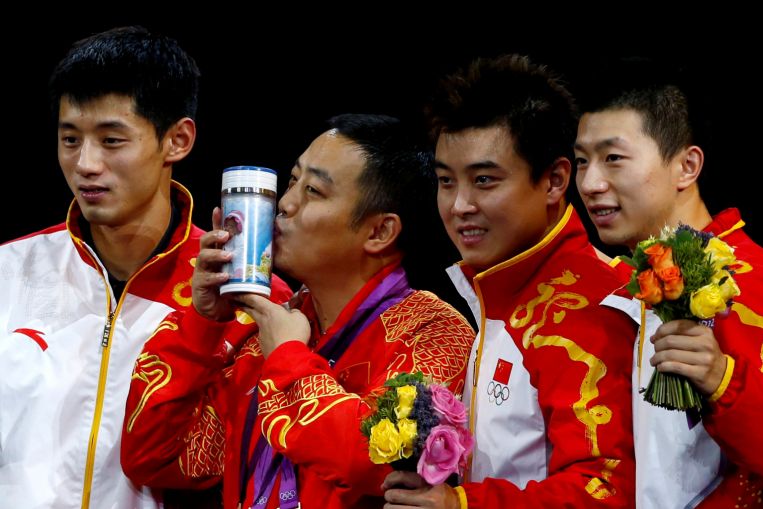 China has collected 28 out of 32 gold medals on offer since the sport debuted at the Olympics in 1988, and will have world No. 1 Fan Zhendong and world No. 3 Ma in the men’s singles, while second-ranked Xu Xin joins them in the men’s team.

In the women’s draw, top-ranked Chen Meng will spearhead the Chinese challenge in the singles alongside with 20-year-old world No. 3 Sun Yingsha, and reigning world champion and record five-time World Cup titleholder Liu joining them in the team event.

In a category making its debut at the Tokyo Olympics, world champion pair Xu and Liu will represent China in their quest to claim the first-ever mixed doubles gold medal.

Liu Guoliang, president of the Chinese Table Tennis Association (CTTA), said that Tokyo 2020, which has been postponed for a year and will be held amid the pandemic, will be a totally different edition from previous Olympics.

“There are too many unsure things and challenges, and we need a squad full of experience and confidence, adding to top-class individual skills,” said the 45-year-old, a Grand Slam winner of the Olympics, World Championships and World Cup himself before becoming a coach and official.

“I want an all-around plan from the coaching staff who are preparing for the worst even before the Olympic Games get underway,” he added.

The Tokyo Olympic Games table tennis competitions are set to take place from July 24 to August 6 in the Tokyo Metropolitan Gymnasium.