Swimming's biggest names will assemble in London next week to create a new athletes association they hope will stand up to FINA after Australia's Cate Campbell slammed the world body's vice-like grip on the sport.

Almost 40 current and past stars including 11 Olympic and 18 world champions from 10 nations will attend a Stamford Bridge summit from December 18-19 to establish a Professional Swimmers' Association (PSA). 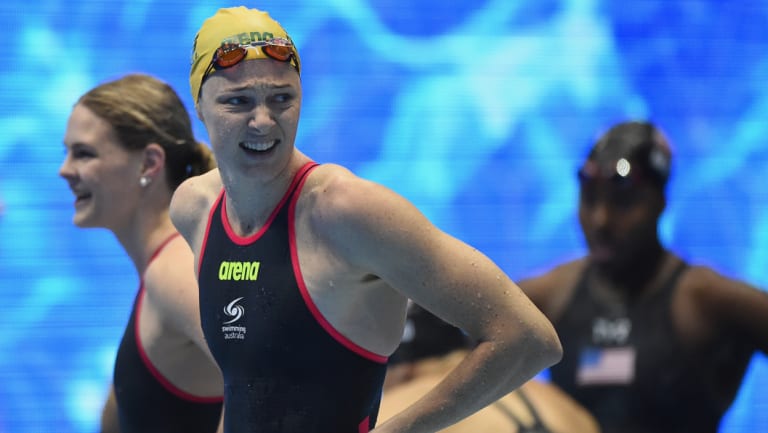 Cate Campbell has been vocal in her opposition to FINA.Credit:AAP

The athletes believe the PSA's creation will give them a united voice to demand better treatment from FINA after Campbell's criticism of the world body made international headlines.

Former world champion Campbell ripped into FINA last week for threatening to ban swimmers from the 2020 Tokyo Olympics if they took part in an independent competition, the International Swimming League (ISL).

Backed by Ukrainian billionaire Konstantin Grigorishin, the lucrative ISL was set to be launched in Italy this month but was scrapped after FINA issued the Olympic ban threat.

A group of leading swimmers and the ISL are both suing FINA as a result with an aim to re-launch the ISL next year.

Campbell's comments criticising the world body were cited in each of the separate lawsuits as "evidence that that elite swimmers were strongly in favour of the new league".

Both class actions are suing FINA for "violating US antitrust law by engaging in anti-competitive behaviour".

The ISL will host the two-day summit next week and issued an open invitation for any elite swimmer to attend and show their support.

It is unclear whether Campbell will fly out to London.

"Having a collective voice will help the swimmers create the foundation for a better future," an ISL statement said on Swimming World website.

"This is the moment when athletes can make history as the pioneers who changed their sport for the better."

Among the confirmed stars attending the summit are past champions Lenny Krayzelburg and Jason Lezak, both four-time Olympic gold medallists.

"Efforts to establish the League have so far been blocked by FINA, the international federation threatening suspensions, but waves of world-class swimmers … have urged the global body that insists on monopoly rule to think again," the ISL statement said.

"While global sport a lucrative business worth billions and swimming and swimmers generates hundreds of millions in revenue for FINA, swimmers work and compete as professionals but have, as Grigorishin puts it 'no salary, social guarantees, no welfare, no medical and life insurance, no pension rights'.

"The League (ISL) has pledged to change all that, starting with the creation of a Professional Swimmers Association that will represent athletes to build a fair partnership with regulators and event organisers, the welfare of swimmers and their rights to earn a living from their work paramount."