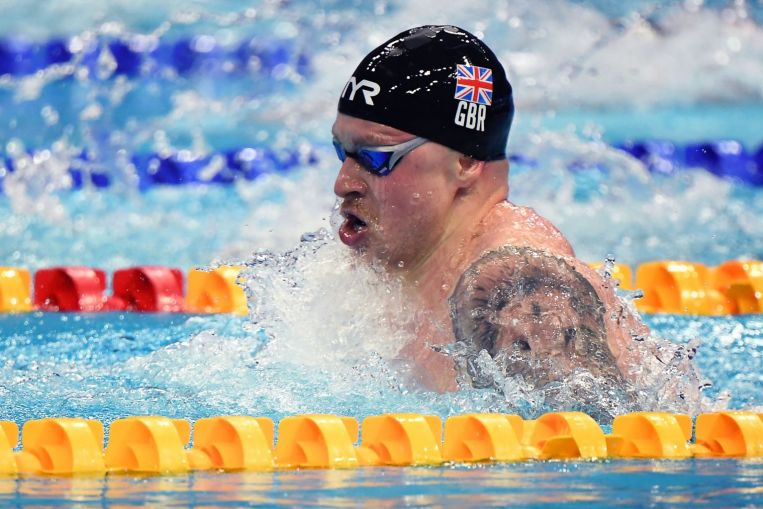 BUDAPEST (AFP) – Britain ended the European Championships on Sunday (May 23) on top of the medals table in a clear sign of intent ahead of the Olympics with star swimmer Adam Peaty taking home four golds.

Peaty had already captured the 50m and 100m breaststroke as well as being part of the mixed 4x100m medley relay team.

On Sunday, he added a 4x100m medley relay gold to his collction with Britain ending with 11 in total.

“I’m so tired, I just want to go home,” said Peaty just two months out from the Tokyo Games.

“It’s been a lot of races for me this week so I have to look into how I can recover better and faster for the Olympics.

“But I’m very happy, we are looking very strong, we have a great team and a great support team behind us, so we can only perform really well.” Britain finished with 26 medals in total while Italy claimed 27 of which five were gold.

Three of those came on Sunday’s final day.

Margherita Panziera took victory in the 200m backstroke while 16-year-old Benedetta Pilato swept to victory in the 50m breaststroke, a day after setting a new world record in the event.

Russia had 22 medals, nine in gold, the last of which was delivered by 18-year-old Ilya Borodin in the 400m medley.

Having won the 200m butterfly on Wednesday by beating his nearest rival by three seconds, the Hungarian added the 100m title on Sunday.

The 21-year-old clocked 50.18sec for a European Championship record and the fourth best performance of all time.

Only three men have swam faster in the distance and all under the 50-second mark – Caeleb Dressel, Michael Phelps, whose 200m world record Milak took in 2019, and Milorad Cavic.

“I managed to take on the guys in Europe, now there is one more clash in the summer,” said Milak.

“This is what I’m preparing for and I hope I will be in competition mood in Tokyo since today I didn’t feel any excitement.”