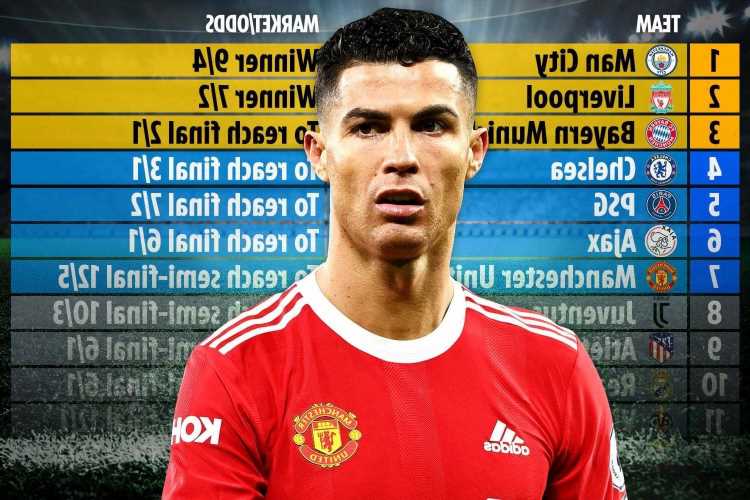 MANCHESTER UNITED, Chelsea and Liverpool will have to endure the pain of seeing Manchester City lift their first Champions League trophy at the end of the season, a supercomputer has predicted. 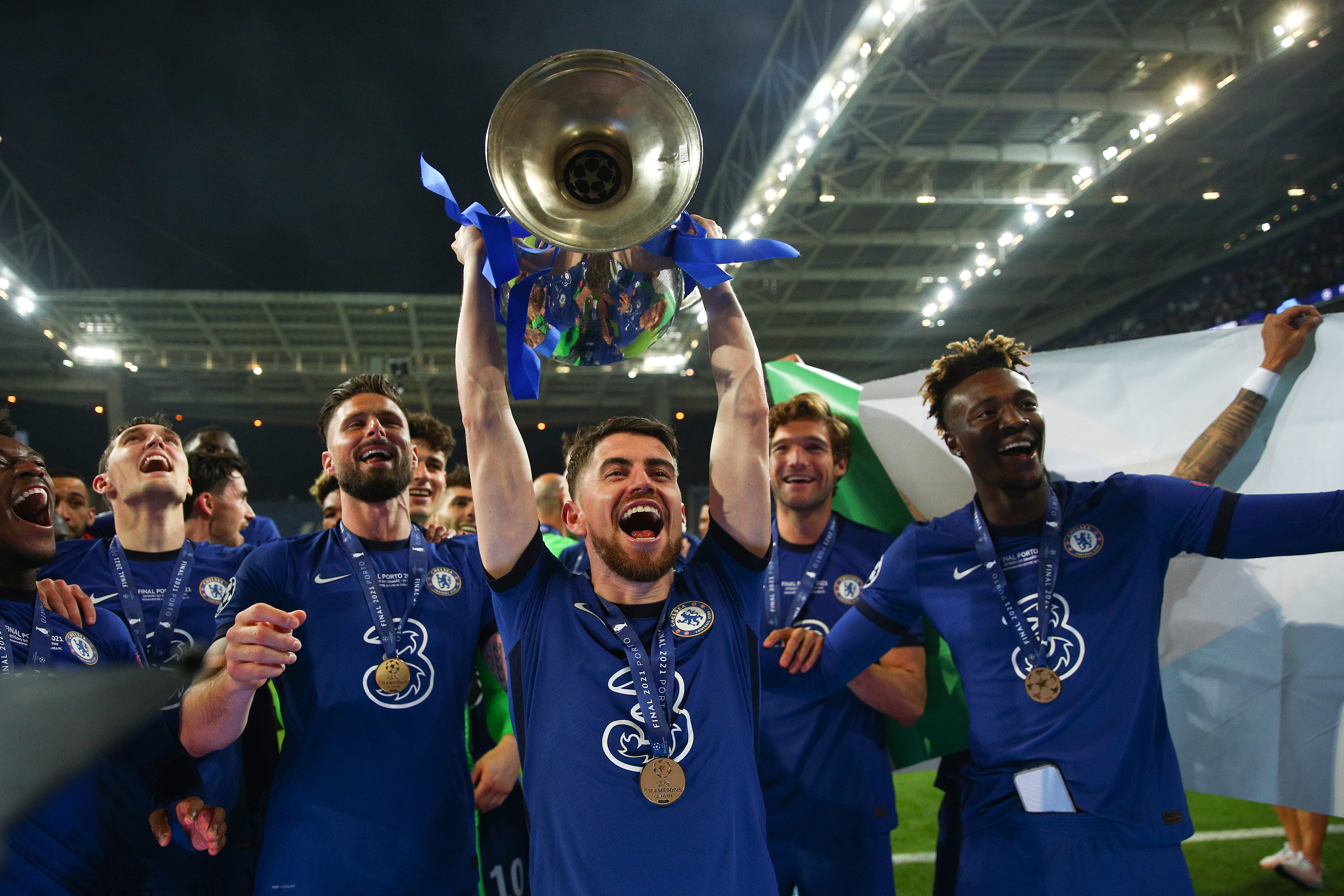 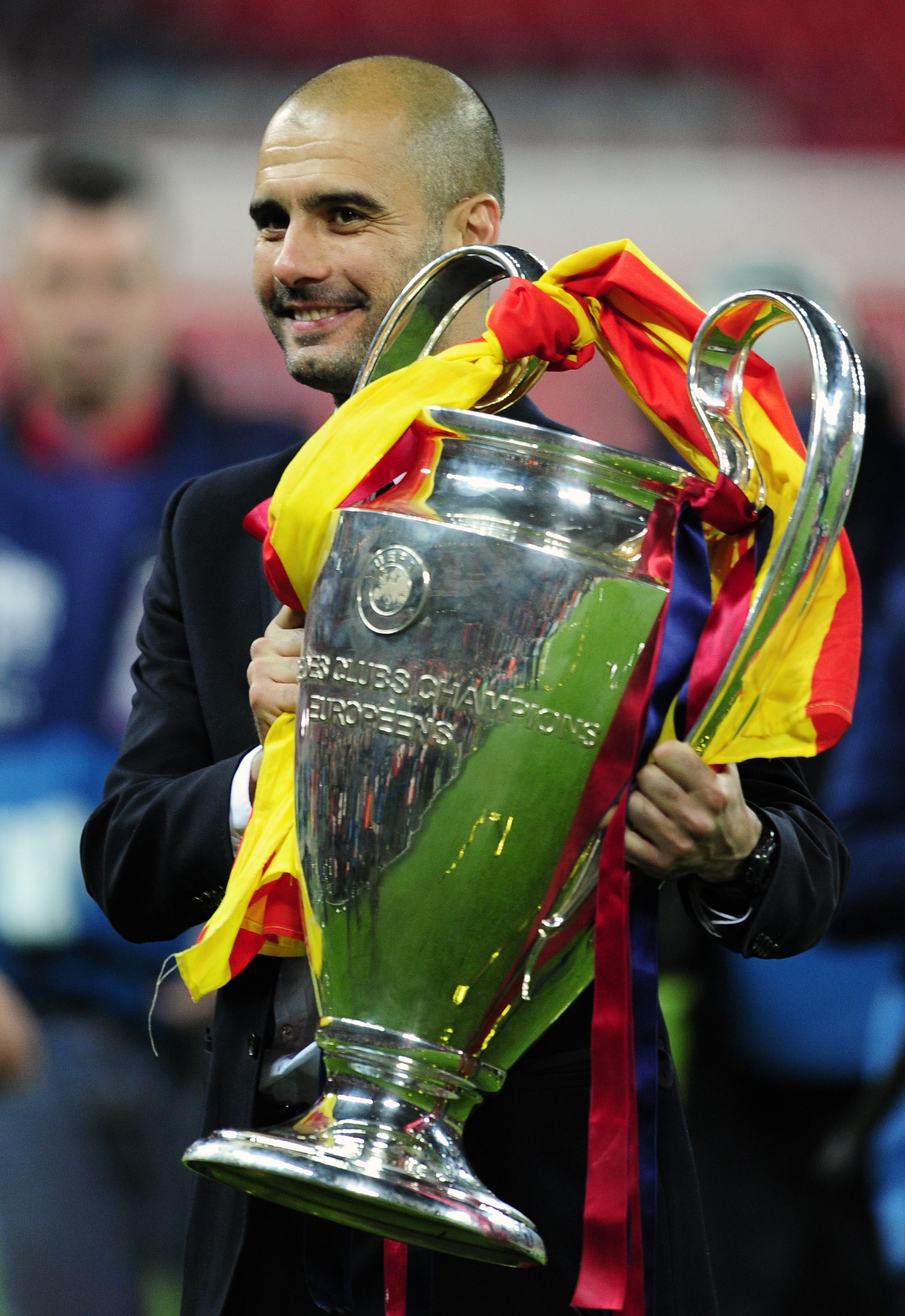 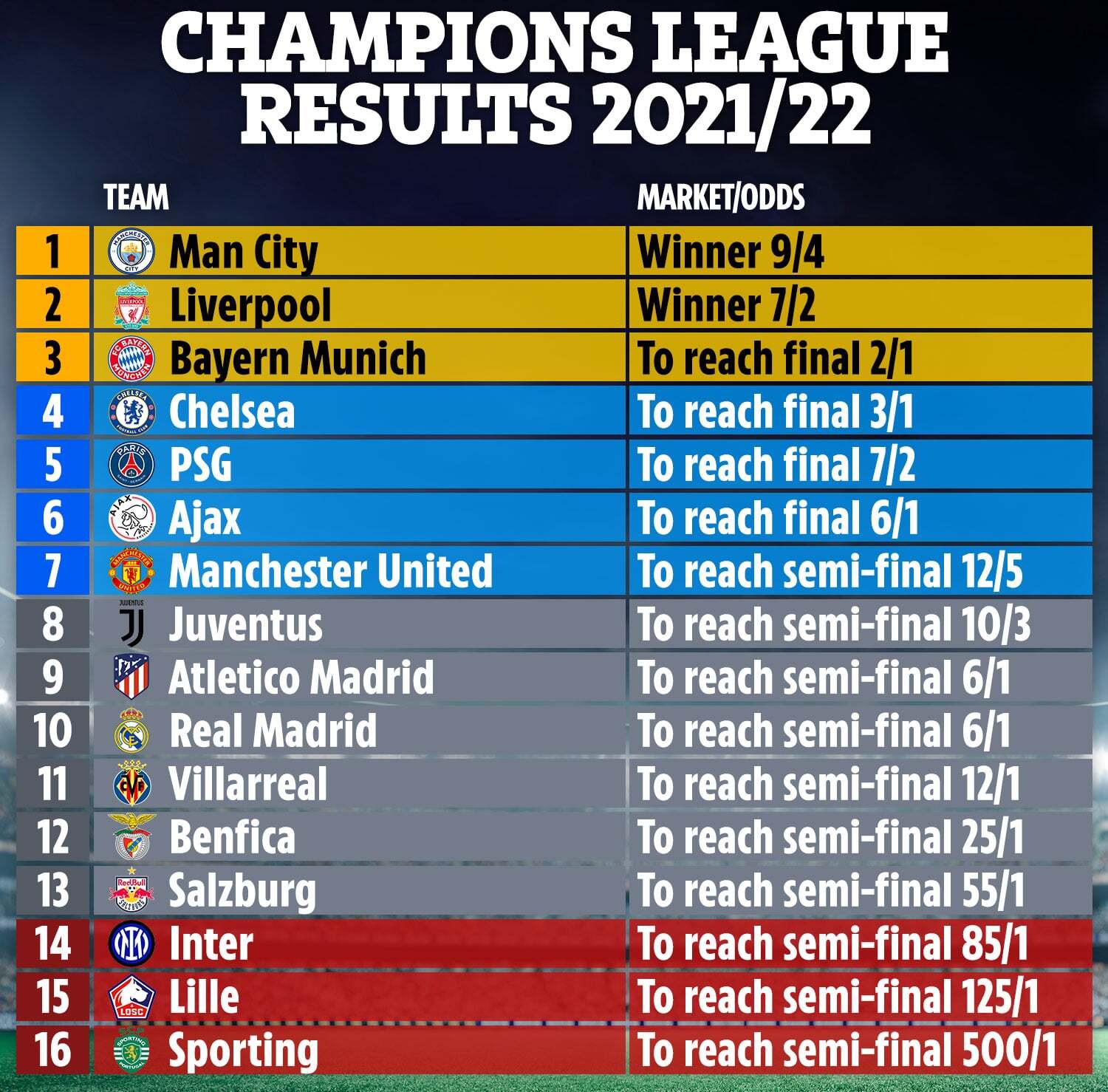 But City look firm favourites to make it to the final in May after their route of Sporting Lisbon – who they battered 5-0 last Tuesday.

And Bettingexpert’s supercomputer has predicted the reigning Premier League champions will finally land the trophy that's eluded them during the Sheikh Mansour era.

According to their algorithm, City will lift the trophy after beating their domestic title rivals Liverpool in the final.

Defending champions Chelsea are expected to fall at the semi-final stage along with 2019/20 winners Bayern Munich.

It's been predicted that interim United manager Ralf Rangnick won't guide his hot-and-cold Red Devils past the quarter-final stage.

And Lionel Messi's Paris Saint-Germain are expected to exit the competition at the same hurdle. 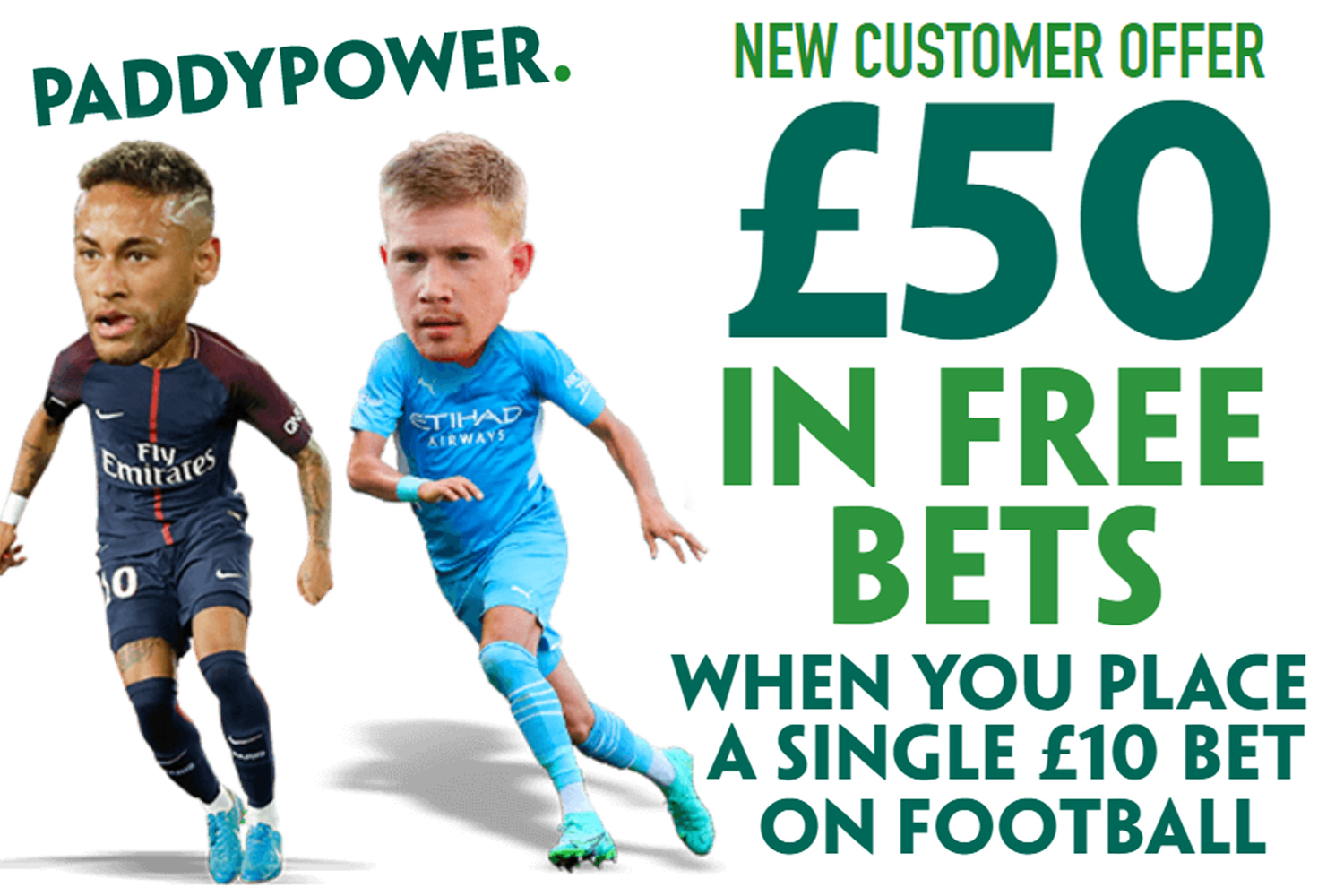 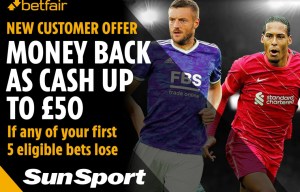 The La Liga outfits are expected to be dumped out of the tournament in the round-of-16 following their first-leg ties with PSG and United.

A Betting Expert spokesperson said: "Pep Guardiola’s long wait for another Champions League success is about to come to an end according to our supercomputer.

“Liverpool will hope to prove the prediction wrong and get the better of their Premier League title rivals, but City are deemed to be the best in Europe as things stand.”

Despite City being well on course to make the quarter-finals and possibly the final itself, Guardiola is refusing to get ahead of himself.

He said: “In the quarter-finals, if we go to the next round, it will be in a month and I don't know what will happen. 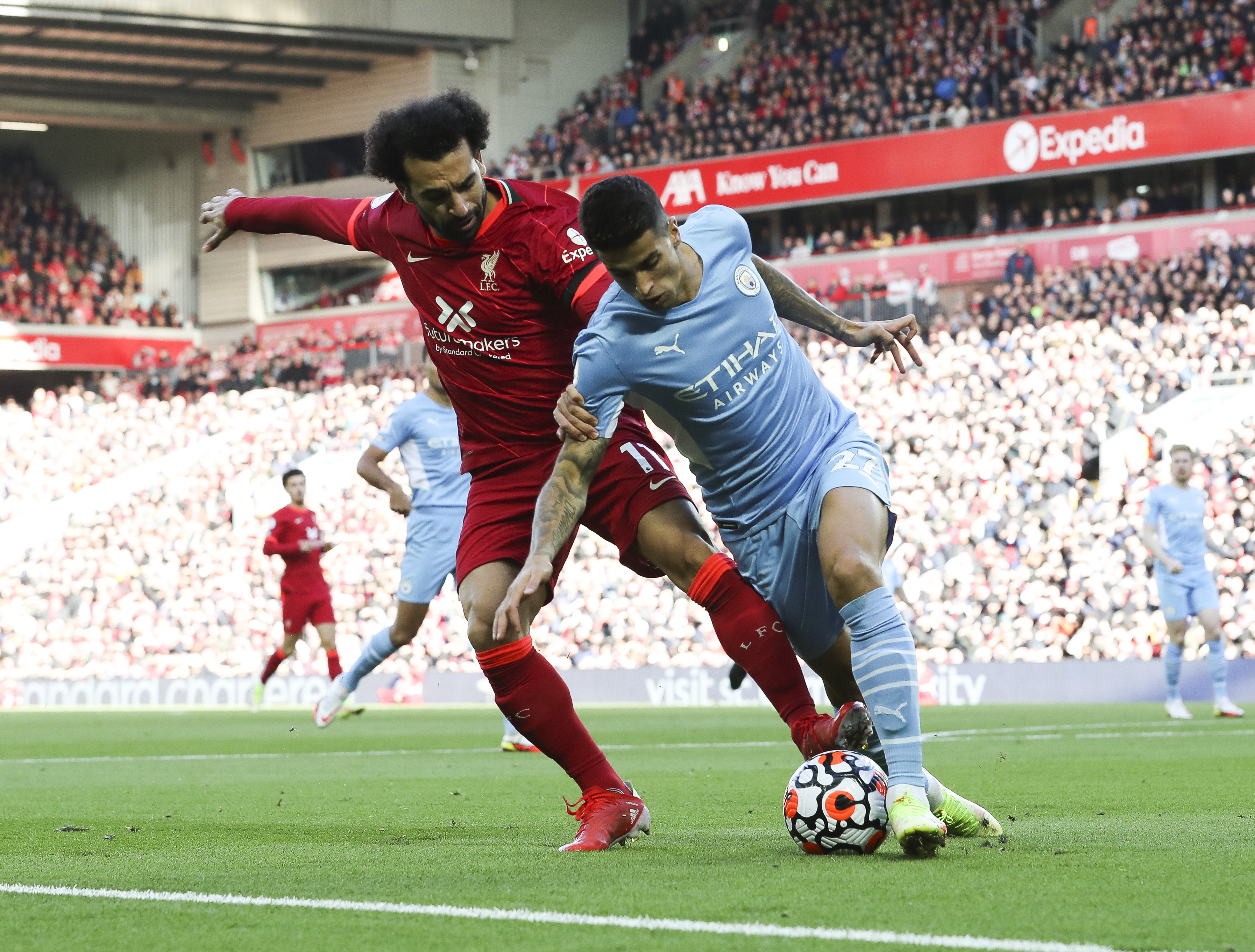 “We almost made a perfect Champions League last season. We played 13 or 14 games, we won 11, and drew one – when we were already qualified against Porto.

“We lost the final and it was like 'What a f failure this team is' – and it was not true. We made a perfect Champions League but in the final, we didn't perform as we normally do.

“That's why, against a top side, a world champion – I congratulate them publicly for the first time to be Club World Cup champions – and the margin of the Champions League is in this detail.

“I am not going to hide behind the 0-5. We made in general very good things but we didn't read the spaces to attack them in the way they move. The space was there and it didn't really work.”

The Champions League will resume action on March 8, with the return fixtures from the first leg of the last-16 ties being played out over two days.