Olympic champion swimmer Sun Yang has had his eight-year ban for doping violations given by the Court of Arbitration for Sport upheld by Switzerland’s highest court.

Sun was handed the suspension in February after the Court of Arbitration for Sport (CAS) accepted an appeal from the World Anti-Doping Agency (Wada) against a decision by swimming body Fina, in January 2019, to clear him of wrongdoing for his conduct during a 2018 test.

But the Swiss Federal Tribunal, the designated appeal body for decisions made in the CAS, has now set the ruling aside.

A statement from WADA said: “The World Anti-Doping Agency (WADA) has been informed of the decision of the Swiss Federal Tribunal to uphold the revision application filed by Chinese swimmer Sun Yang and to set aside the 20 February 2020 award of a Court of Arbitration for Sport (CAS) Panel.

“The case is in relation to WADA’s successful appeal against the original Federation Internationale de Natation (FINA) disciplinary panel decision following an incident that led to a doping control involving Sun Yang not being completed as planned.”

The case will now once again be heard by a CAS panel, chaired by a different president.

Sun, the reigning world and Olympic champion in 200m freestyle, was accused of smashing the vials containing his blood after a row with a team of FINA drug-testers at his home in September 2018.

The 29-year-old, his mother and entourage allegedly interfered with the FINA team’s efforts to get samples because they did not believe the testers were properly accredited or qualified but a CAS panel unanimously found him in breach of doping regulations. 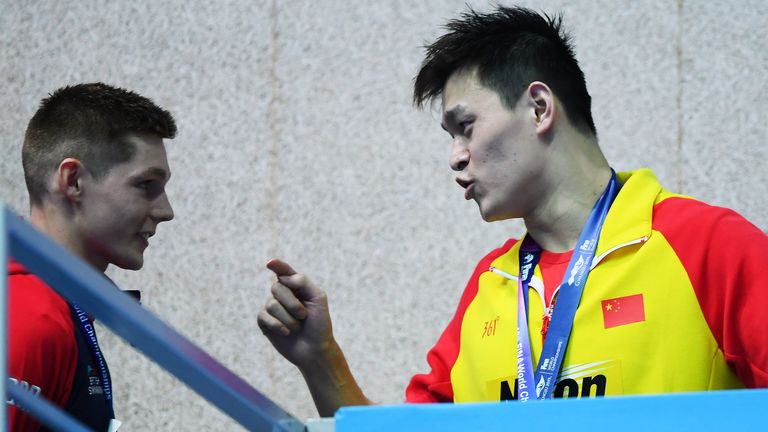 Sun, who had already served a three-month ban for an earlier offence, clashed angrily with Britain’s Duncan Scott during his gold medal ceremony at the World Aquatics Championships in July 2019 after the Scot refused to shake his hand.