The Hammers have now recorded back-to-back wins in the Premier League for the first time since January 2017 as they continued a remarkable mini run of form. 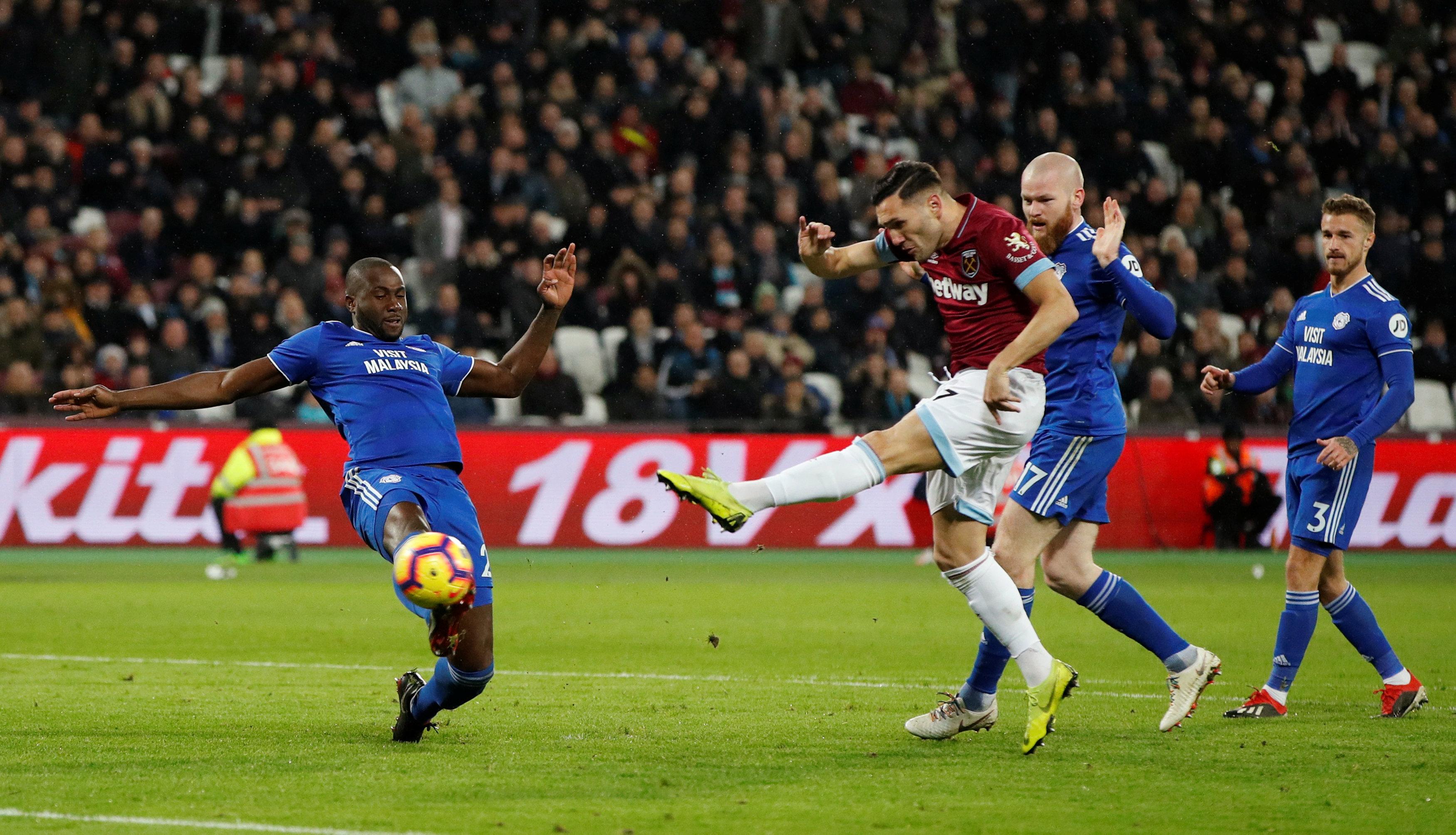 About the same time as West Ham were beating Crystal Palace and Middlesbrough in successive games, striker Perez last hit the target in the league for former club Arsenal = 700 days previously.

Both miserable bits of history were obliterated last night when Perez scored two in a 12 minute goal blitz that finally saw off gritty Cardiff.

They had to wait until the 49th minute to get off the mark and survived a scare when City missed a penalty.

But all that will now be considered old news like the failure to win successive league games and Perez’s drought in the box. 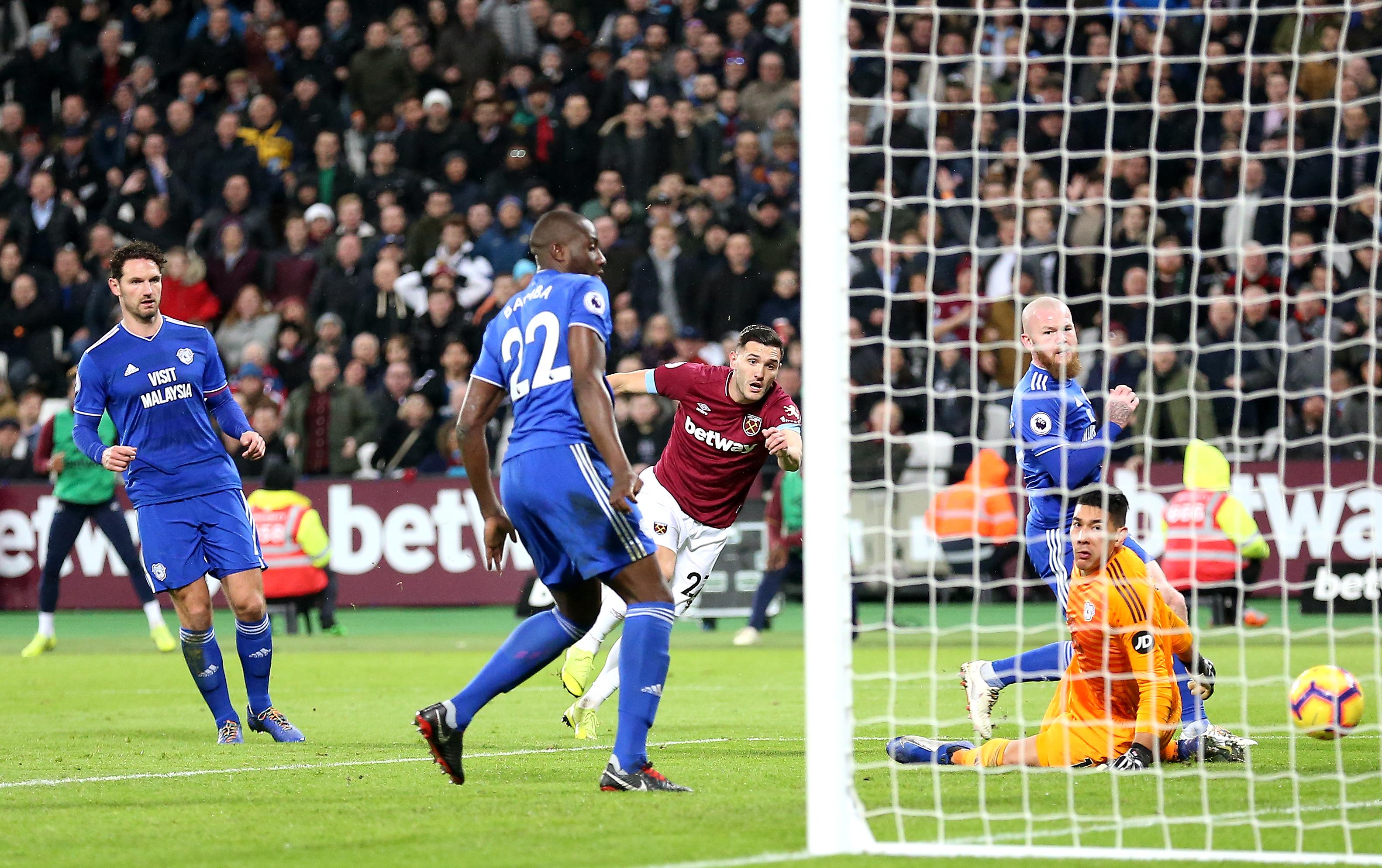 There was even a sighting of Andy Carroll in a West Ham shirt on the pitch to add extra cheer.

Just in time too as half an hour earlier fellow striker Marko Arnautovic limped off with a hamstring injury that looks grim.

Victory last night follows on from Saturday’s thumping 3-0 win at Newcastle and gives them a massive confidence boost ahead of a run of feasibly winnable matches against Crystal Palace, Fulham, Watford and Southampton.

Michail Antonio scored the third goal which meant there really was no way back for Cardiff and a comprehensive defeat pops the bubble from their 2-1 win over Wolves last Friday. 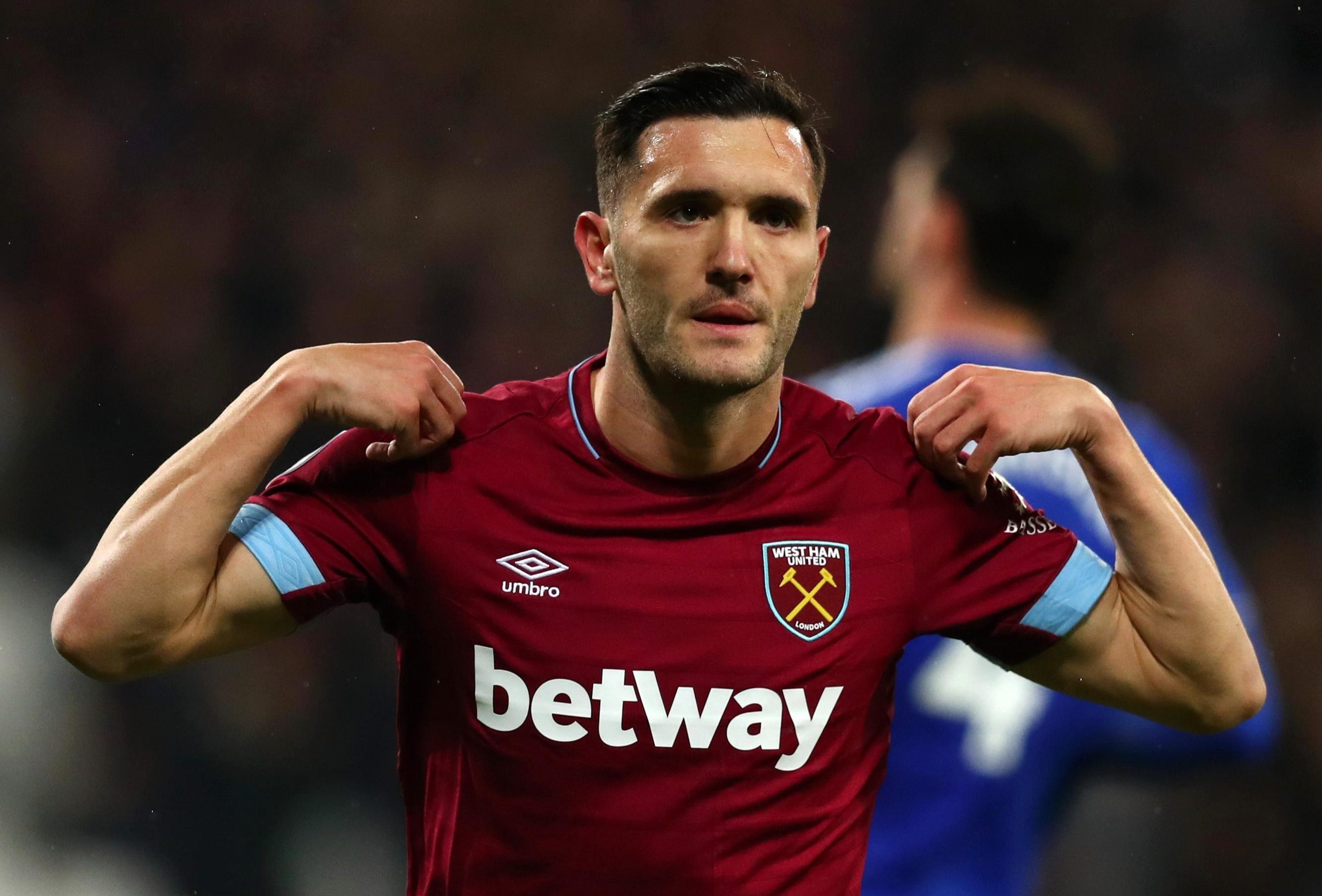 It wasn’t all carefree galavanting around the vast London Stadium for West Ham though.

Were it not for keeper Lukasz Fabianksi and a lame penalty from Joe Ralls in the first half it might have been a different story this morning.

Arnautovic’s clumsy bundle from behind on Junior Hoilett was a cast iron foul and needless from the Hammers striker with the Cardiff player heading away from goal. 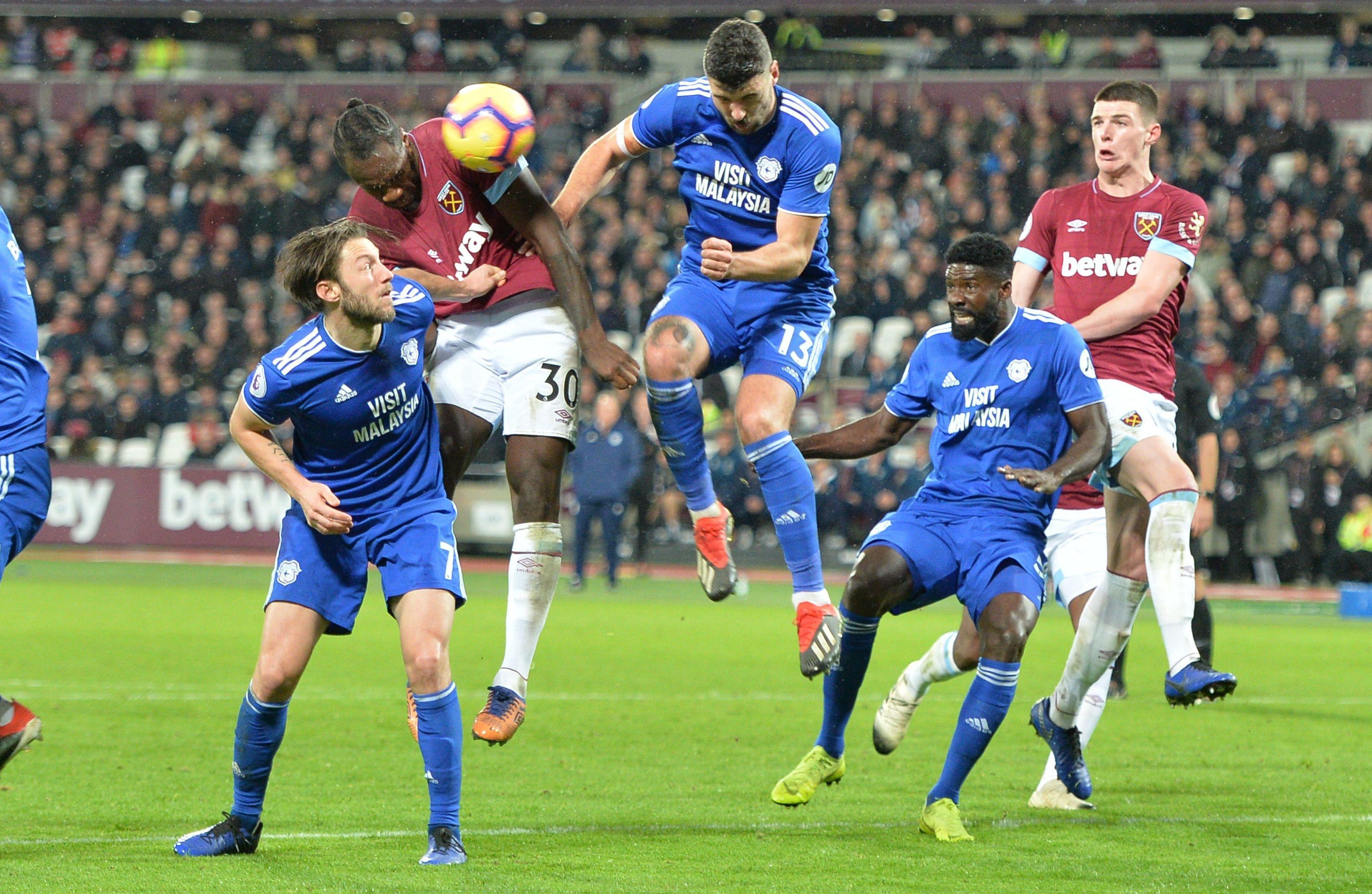 He has saved more penalties than any other keeper since the start of last season – five saves from eight.

The fact he is ex-Swansea may have also given the Polish keeper an extra determination to keep one out from his old club’s hated rivals.

Fabianksi hardly need dive to stop the shot but guessed right, falling slightly to his left to smother the ball.

But the moment of relief for West Ham triggered the end for Arnautovic who endured a mad couple of minutes before his involvement ended completely. 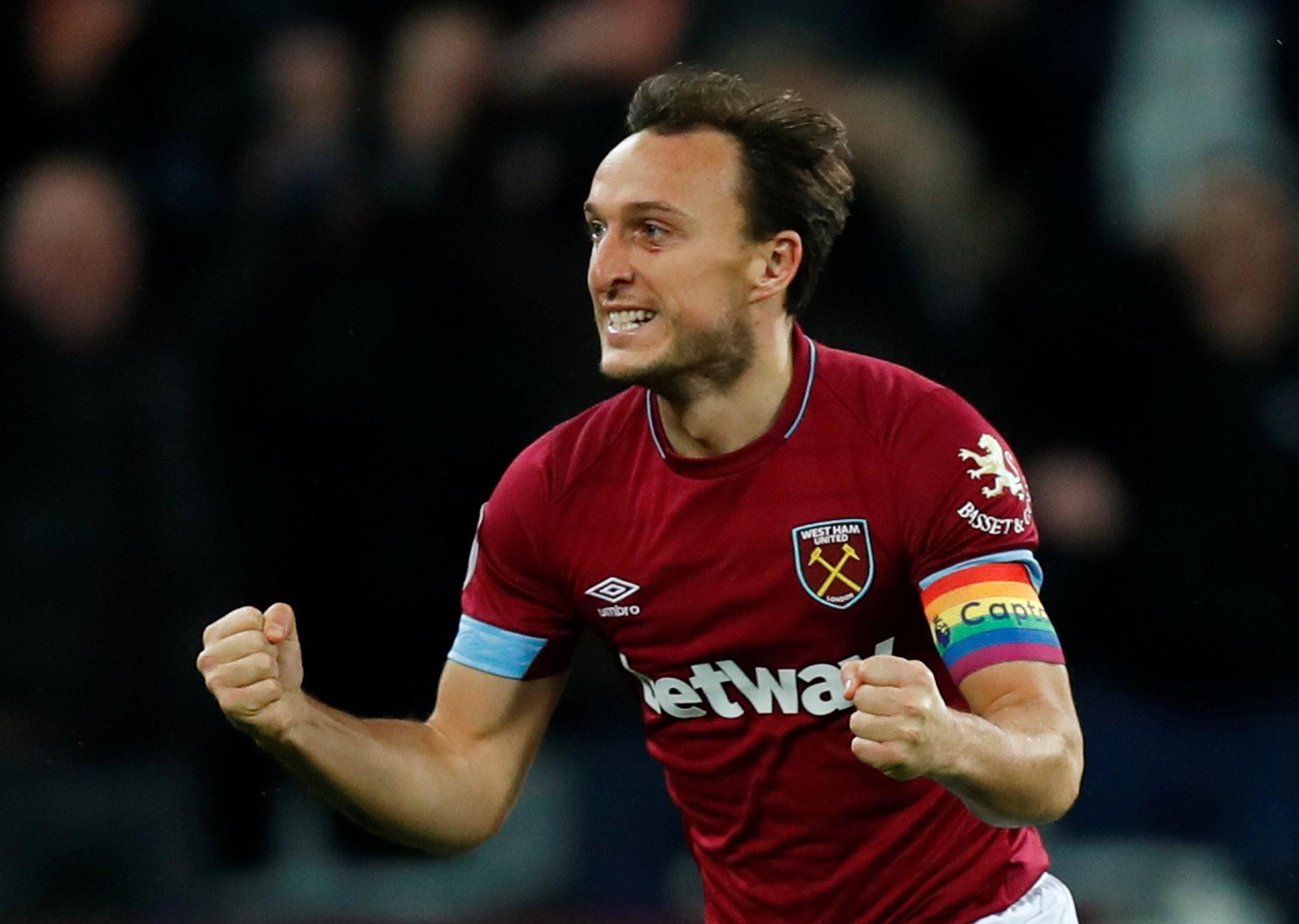 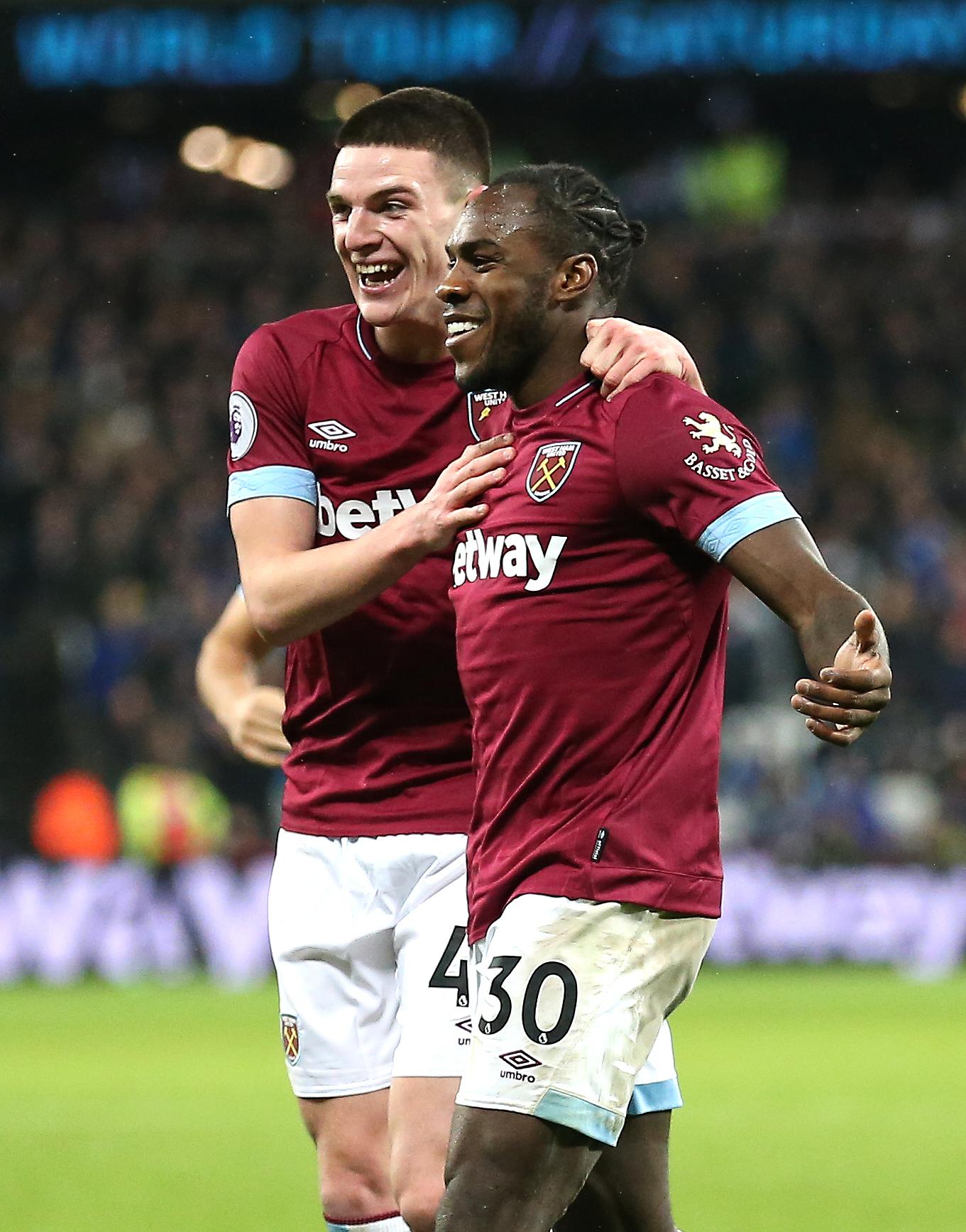 As the Hammers players wheeled away from the spot kick save, frustrated Arnautovic made sure he was up close and personal to referee Graham Scott and made his feelings known about the whole thing in a vocal manner.

A few seconds later when the ball ran out of play, Mr Scott called over Mark Noble and ordered the West Ham skipper to sort out his team-mate’s temper.

But there was no need for Noble to cool things, for in the very next move Arnautovic came crashing down to earth permanently, as he pulled his left hamstring chasing down a high ball over the defence from Felipe Anderson.

Neil Warnock faced his first game as a 70 year old manager but would not have looked out of place on the pitch in the first half anyway. The tempo was sluggish, the atmosphere struggling to get out of first gear. 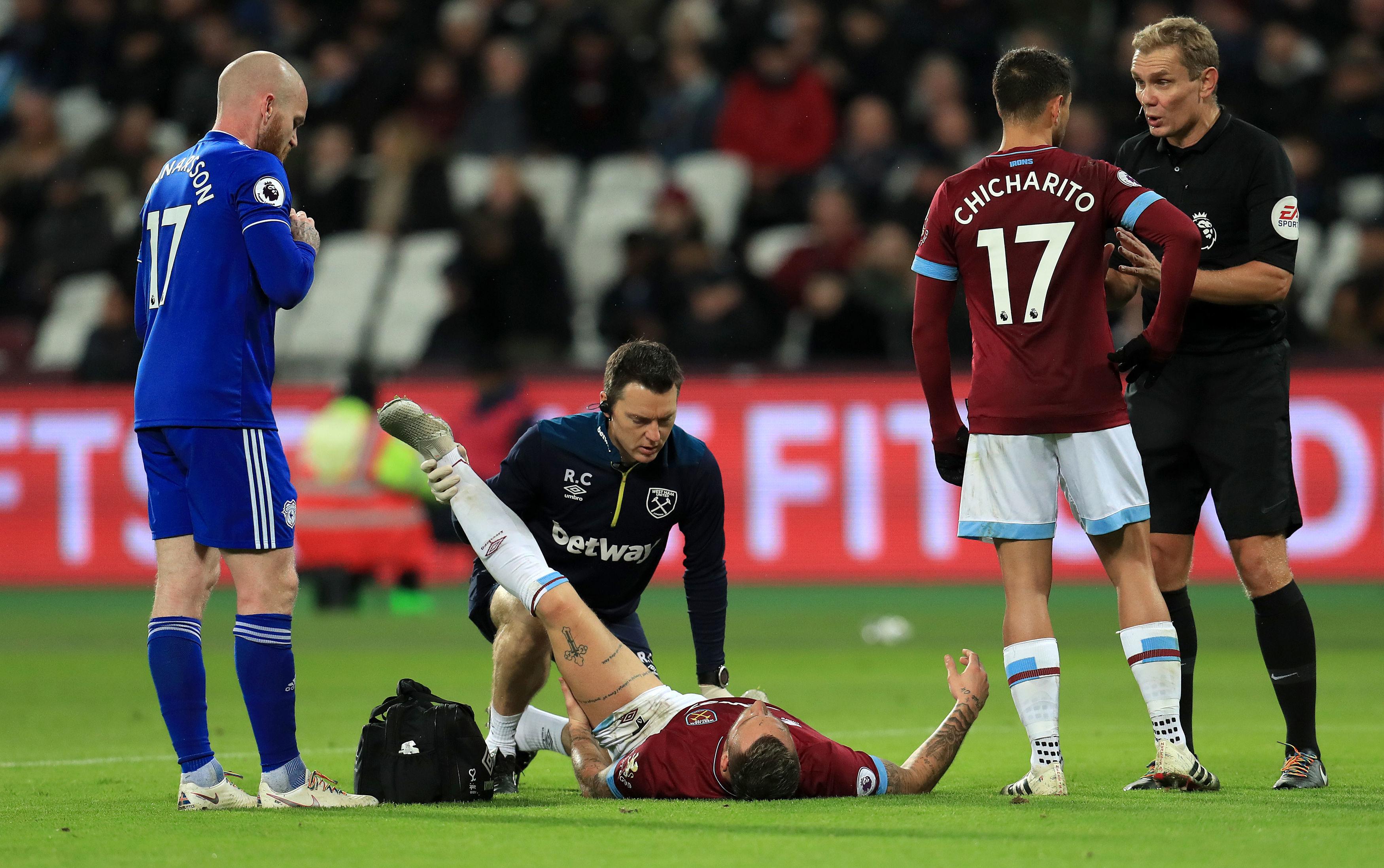 He produced another classy reflex save to deny Angelo Ogbonna a fourth for West Ham later.

He even got his body in the way of Perez’s first shot after coming on for Arnautovic.

Mark Noble flipped the ball over the City defence, who failed to clear their lines.

Robert Snodgrass pounced and prodded the ball through for Perez to shoot and it went in via  a deflection.

The second was far more polished. Noble again the architect slipping the ball to Arthur Masuaku on the left flank who in turn fed Perez to nutmeg City’s stranded keeper. 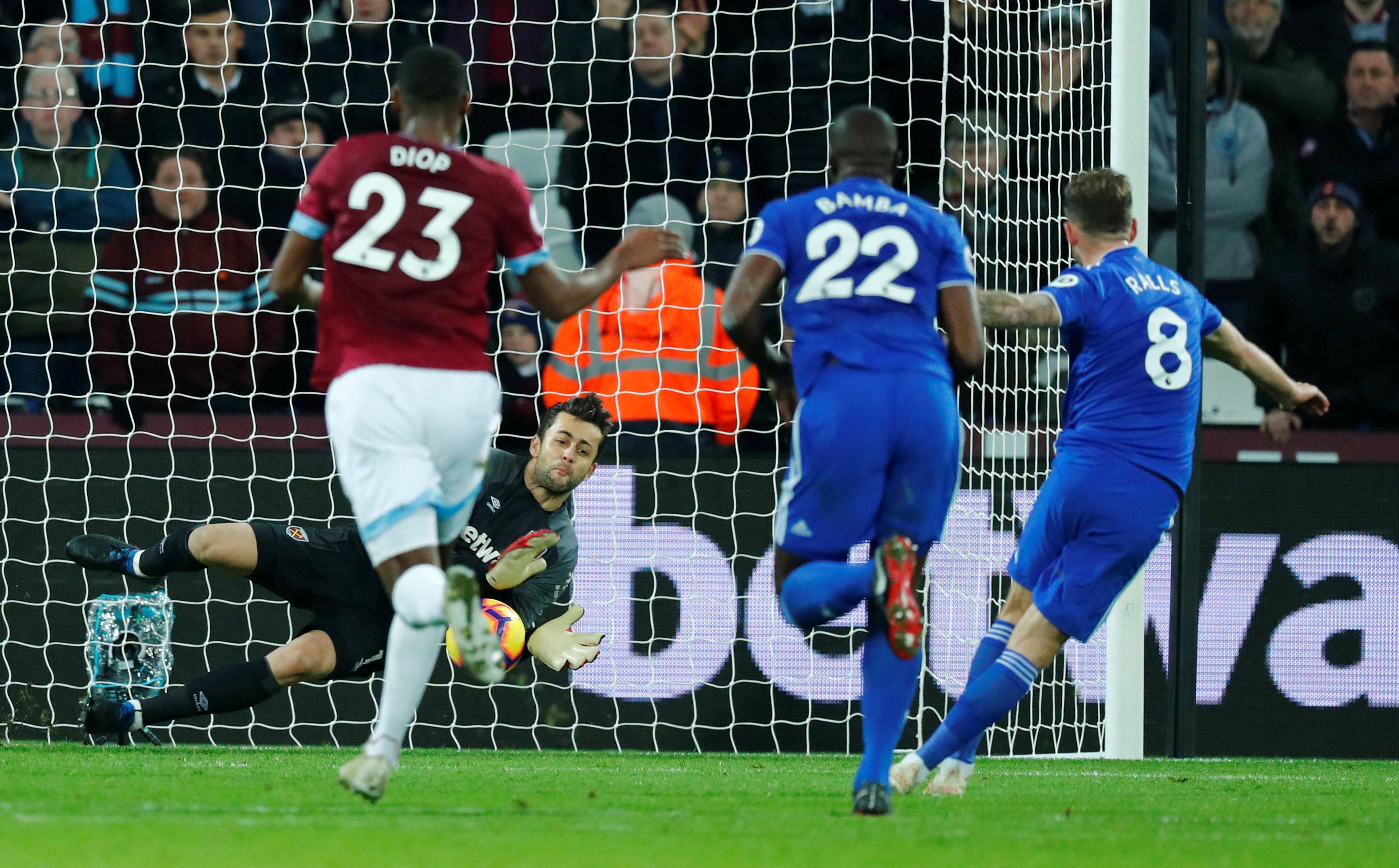 Michail Antonio, playing right back in place of resting Pablo Zabaleta, nodded in the third at the near post from a Snodgrass corner.

Carroll drew ironic cheers from the home crowd with his first shot in his first game since May 10 – a wildly overhit long ranger which flew over the bar in injury time – something the big Geordie knows all about with his man fitness issues.

City scored a consolation through Josh Murphy when Carroll, back in defence, ducked a header and allowed the Cardiff sub to bundle the ball in. 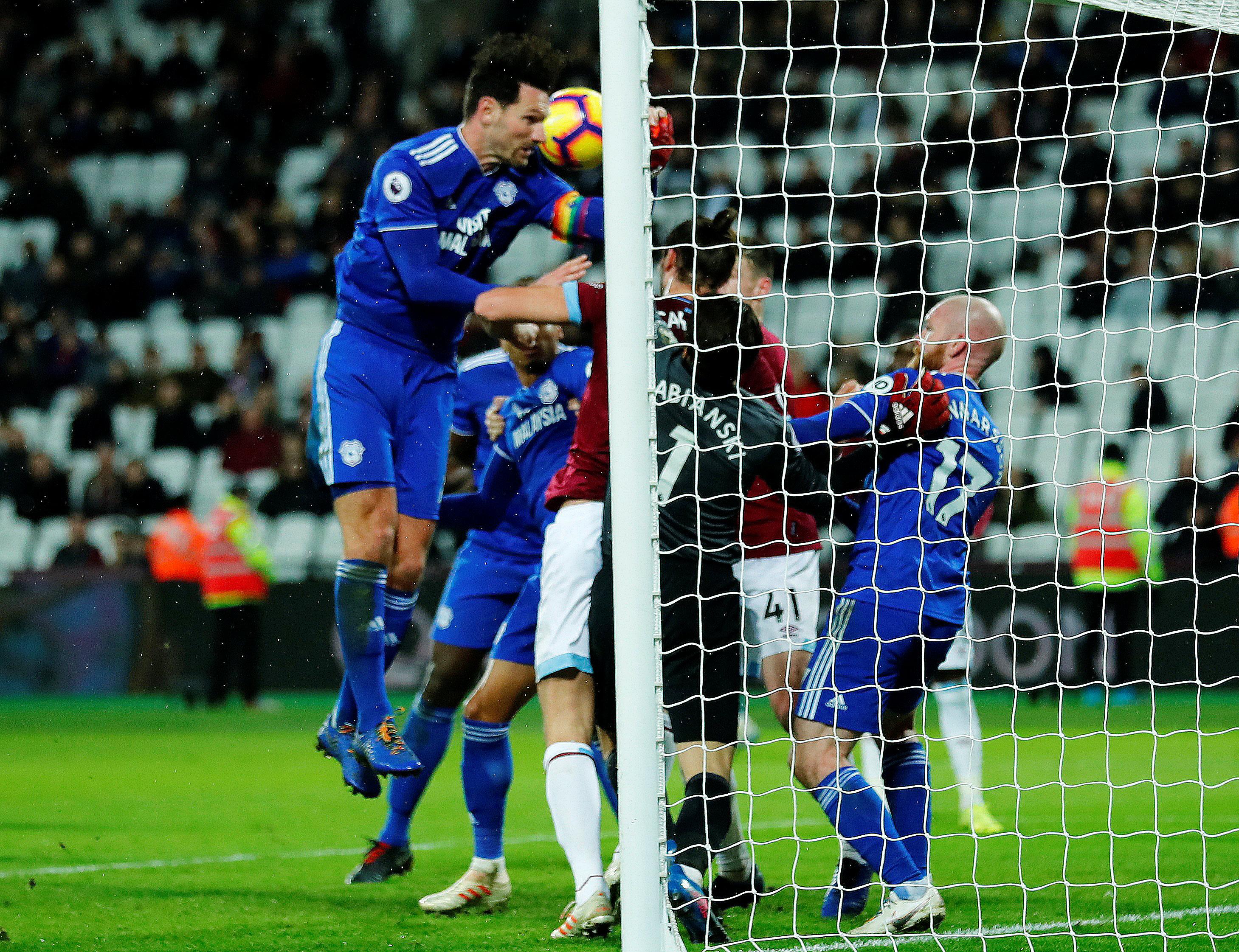