Tucked within that $630 million sandwich, with the second overall pick in 2010, was Jameson Taillon, a starter for the Pittsburgh Pirates whose career has been sidetracked by a torn elbow ligament, a sports hernia and testicular cancer.

“I always made sure when I was hurt that my investments were going well and they were in a good place,” Taillon, 27, said, smiling last month at the Pirates’ training complex here. “You can still believe in yourself, but when an injury happens, there’s not much you can do. You never know what’s on the horizon.”

The supply of prospects with big-league stuff — and the savvy to go with it — has skyrocketed. This is part of the reason that Major League Baseball’s player population has continued to balloon: According to the Elias Sports Bureau, a record 1,379 players appeared in a major league game last season, the sixth year in a row with an increase.

In 2010, Elias said, there were 1,249 overall players — meaning that teams have added the equivalent of five 25-man rosters, and then some, to the playing ranks since this decade began.

“I threw 95 and I was one of the hardest throwers in all of minor-league baseball,” Taillon said. “Now, you see guys across every level that throw hard. And a lot’s written about young guys throwing weighted balls and only focusing on throwing hard, but some of these guys are polished. They’re throwing three or four pitches for strikes at 22, 23 years old. 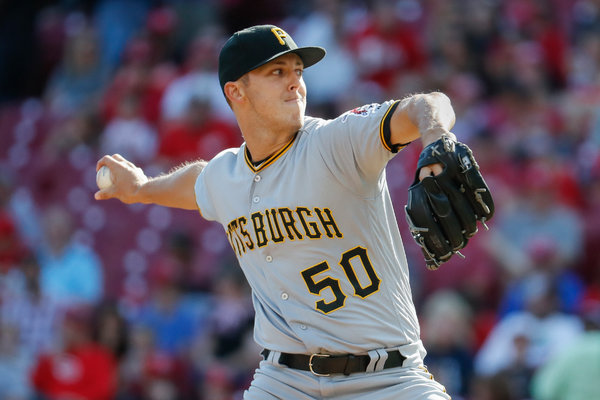 Standout players like Taillon — who posted a 3.20 earned run average in 32 starts last season — can marvel at the trend while still expecting to someday sign a lucrative contract. But while Harper and Machado scored big in free agency, many more veterans will open this season with much lower salaries than players of their caliber once commanded.

That has contributed to a growing sense among players that a system that once reliably rewarded their years of toil no longer works for them. The flurry of contract extensions late in spring training only underscored the point: Take what’s in front of you, because the open market can be a cold, lonely place.

“If you look at the guys that are having to sign these nonroster deals, or guys that still don’t have jobs, far and away most of them comprise that middle class of baseball players,” said Sean Doolittle, the All-Star closer for the Washington Nationals.

“They’re not the young guys anymore, and they’re not the superstars. They’re very serviceable big leaguers, they’re past arbitration, they’re veterans, and the market for those guys is evaporating. Teams are no longer looking at that eight-year veteran who they might have to spend several million on as someone that can help their team. They’ll take the cheaper labor — the guy that has options, gives them roster flexibility, and costs a lot less.”

Players need six years of major league service to become free agents, and between two and three years to be eligible for salary arbitration. It could be that the sophistication of player development — in the United States amateur ranks, the international market and major league farm systems — is producing a deeper pool of acceptable choices for major league rosters.

“When I first started scouting in 2007, veteran scouts would still talk about high school kids getting homesick, guys that had never left their hometown, and that’s just not the case anymore,” said Mike Elias, the Baltimore Orioles’ general manager. “These guys, when they enter professional baseball, they’ve already hit with wood, they’ve been on the travel circuit, they know each other from the summers. They’re ready.”

The rise in overall players can be traced almost entirely to pitchers. Last season included only six more position players than in 2010, but 124 more pitchers — up to a record 751. Starters work fewer innings, in part, because teams have better options to replace them as they get deep into games.

Many of those options can be shuttled back and forth between the majors and the minors while making close to the minimum salary of $555,000. They may also offer a higher ceiling of production — though a lower floor — than a midlevel veteran who costs much more and cannot be sent to the minors. For many teams, the choice is easy.

“One of the things teams have realized is the value in giving that opportunity to a player that you’ve signed, scouted and developed relative to the potential marginal upgrade in someone that has four or five years of major league service,” said Ross Atkins, the Toronto Blue Jays’ general manager. “Determining where that difference is, in a more thorough way, is occurring because of manpower, really.”

That realization has transformed franchises. Since Atkins and team president Mark Shapiro took over the Blue Jays’ baseball operations in late 2015, Toronto has added significantly to its front office in an effort to better cultivate its own talent. The Blue Jays have added at least six positions for research and development in addition to creating a high-performance department that emphasizes strength and conditioning, mental health and nutrition throughout their farm system.

Long gone are the days when minor leaguers subsisted on peanut butter and jelly sandwiches with threadbare coaching staffs to guide them. Teams employ more coaches than ever in the minors and the majors, and arm them with increasingly sophisticated tools to develop players.

Jeff Luhnow, the general manager of the Houston Astros, noted that the first aim of the analytics revolution — think of the “Moneyball”-era Oakland Athletics, in the early 2000s — was using statistics to better predict future performance. Now, he said, teams emphasize technology to better identify tools in amateurs and attack the deficiencies of their own prospects.

“There’s much more actionable feedback today than there ever has been, so you don’t let a player go down a path for very long if it’s not a path that’s going to work for him, long term, in the big leagues,” Luhnow said.

He mentioned three companies many teams now use — Rapsodo, TrackMan and Blast Motion — that give coaches instant feedback on players’ movements. Objective, easy-to-visualize data appeals to players from a tech-savvy generation.

“That, by definition, will lead to a higher success rate in development. Let’s say 5 percent of players get developed into big leaguers and it goes up to 7 percent. That’s a massive difference, because we haven’t increased our capacity, but what we’ve done is increase our throughput. So the success rate is good for players, but it probably results in an abundance of an oversupply. Obviously, it doesn’t affect a Harper or Machado, but there are just more options.”

Other teams have noticed the Astros’ success. Two of Luhnow’s assistants have become general managers elsewhere — Baltimore’s Elias and the Milwaukee Brewers’ David Stearns — and several former Astros coaches have received promotions with other teams, including Alex Cora, who managed the Boston Red Sox to the World Series title last fall.

The same thing has happened to the Los Angeles Dodgers, who have won two National League pennants in a row with a knack for progressive methods. Their president of baseball operations, Andrew Friedman, said he got 39 requests last fall from other teams wanting to interview Dodgers personnel.

“The past two off-seasons, I’ve spent the first four to six weeks like an H.R. director,” Friedman said.

When the Dodgers lost their hitting coach, Turner Ward, to the Cincinnati Reds, they replaced him with Robert Van Scoyoc, 32, a private hitting instructor who never played professionally but who has helped otherwise ordinary hitters, like J.D. Martinez and Chris Taylor, develop into stars. Unlocking hitting secrets, Friedman said, remains a largely untapped field.

“Since I’ve been sitting in advance meetings and been closer to that prep, nothing has changed on the offensive side in 12, 13 years,” he said, “whereas on the run-prevention side, everything has changed.”

While runs per game have fluctuated in this decade, strikeouts — the ultimate way to fool or overpower a hitter — have increased every season since 2006. This month, the league and the union finally gave into the trend and legislated a change.

With no end in sight to the procession of polished, power arms, they agreed to expand the size of the active roster next season to 26 — virtually assuring that the record of 1,379 players in a season will not last long.

Tyler Kepner has been national baseball writer since 2010. He joined The Times in 2000 and covered the Mets for two seasons, then covered the Yankees from 2002 to 2009. @TylerKepner