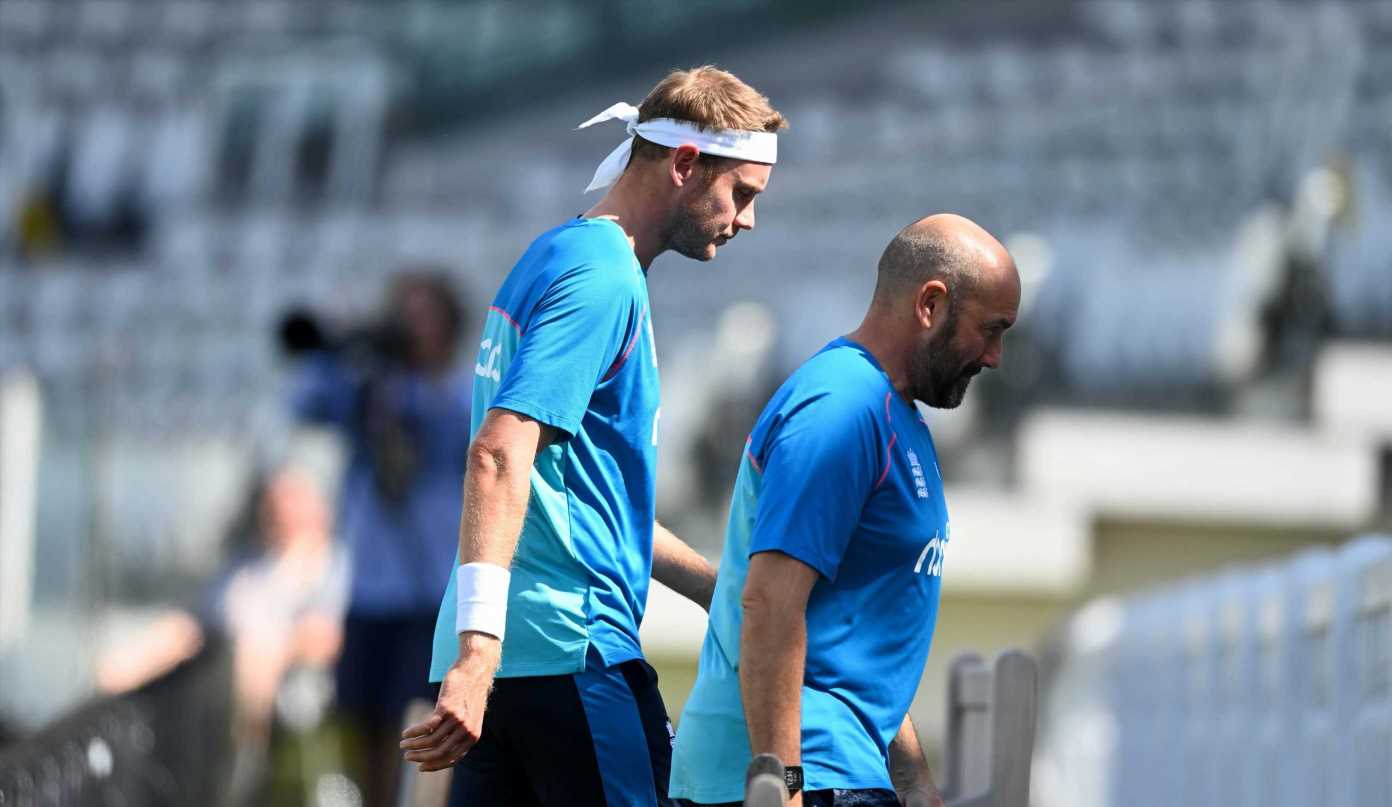 STUART BROAD is almost certainly out the second Test against India after hurting his calf during the team’s warm-up session.

Broad’s record-breaking partnership with Jimmy Anderson seems sure to be broken up after they played all three Tests together so far this summer. 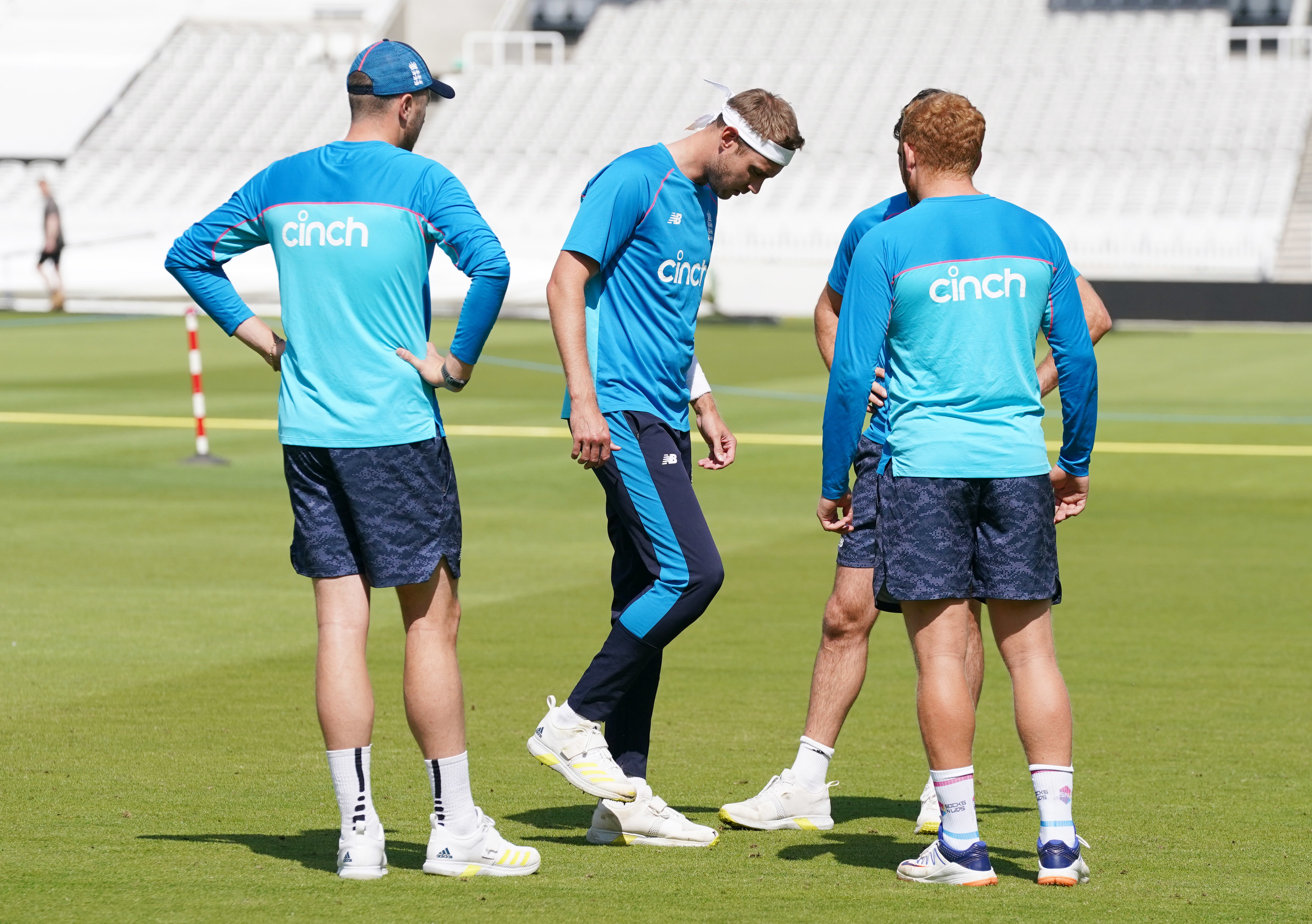 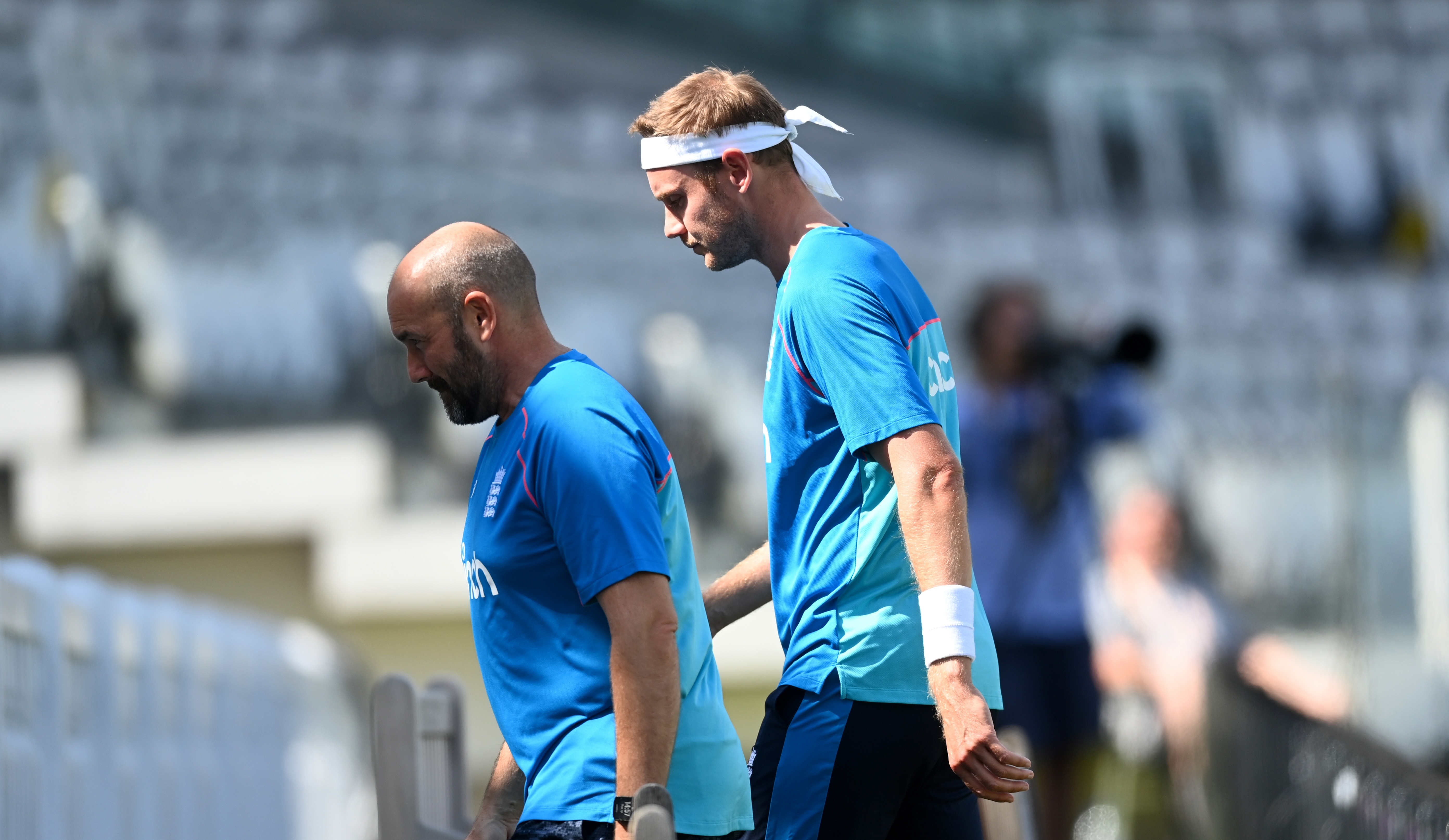 Broad, 35, clutched his leg while stretching and took no part in England’s net session at Lord’s on Tuesday.

An England spokesman said: "Stuart Broad has tweaked his right calf and was unable to train with the rest of the England squad.

"Broad will have a scan on Wednesday to determine the extent of his injury."

Broad has taken a modest seven wickets in three Tests but, wearing his lucky white handband for the first time this summer, produced a probing spell on the fourth evening of the First Test at Trent Bridge.

With England thinking of utilising Mark Wood’s extra pace at Lord’s, it is possible Broad would not have played anyway.

Notts opener Hameed is pushing hard to play in the Second Test at Lord’s and resume his England career after almost five years.

The batsmen most under threat from Hameed are Kent’s Zak Crawley and Warwickshire opener Dom Sibley.

And former captain Strauss, commentating for Sky TV on the drawn First Test, said: “I was watching Haseeb Hameed in the nets and he looked very impressive.

“I’m sure he’ll be chomping at the bit to get an opportunity and, if England don’t make the change this week, that top-order will know they’re in the last chance saloon.” 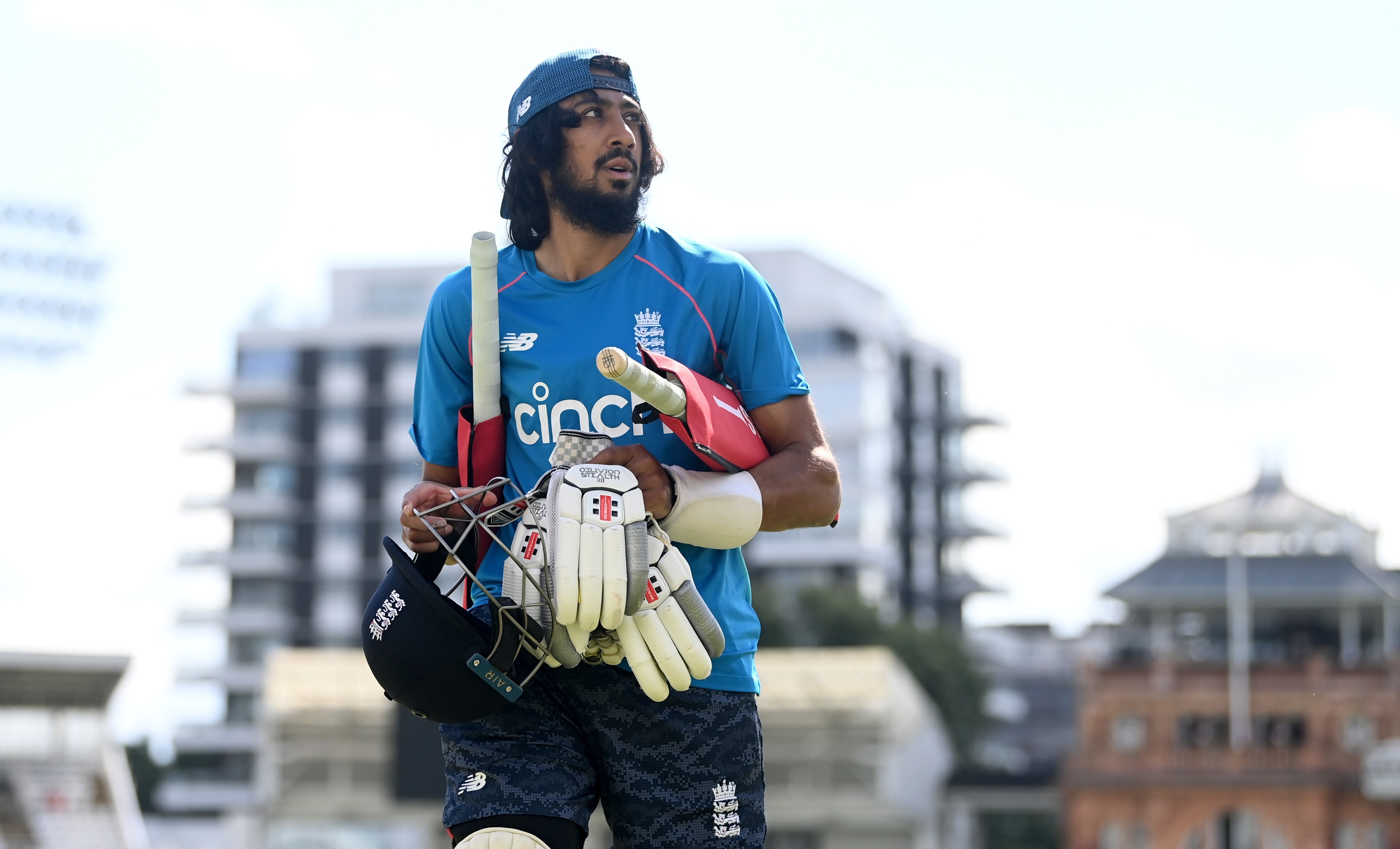 Strauss was speaking to promote Red for Ruth day with spectators at Lord’s on Friday encouraged to wear red for the Ruth Strauss Foundation, named after Strauss’ late wife.

The Ruth Strauss Foundation funds investigation into rare forms of cancer as well as providing support for families preparing for grief over the loss of a parent.

Current captain Joe Root is another admirer of Hameed, who has recaptured form and confidence after a torrid two years following his Test debut in 2016. He averaged 9.44 in first-class cricket in 2018.

Root insisted: “From the day I first met Has, I’ve been extremely impressed with him as a person and with his maturity.

“I think that served him well during a difficult spell and now you’re seeing him come into some really good form. It shows huge strength of character.

“We think of him physically maturing but I think his game has grown as well – he’s added shots to what is a very strong defence and has turned himself into a brilliant player. 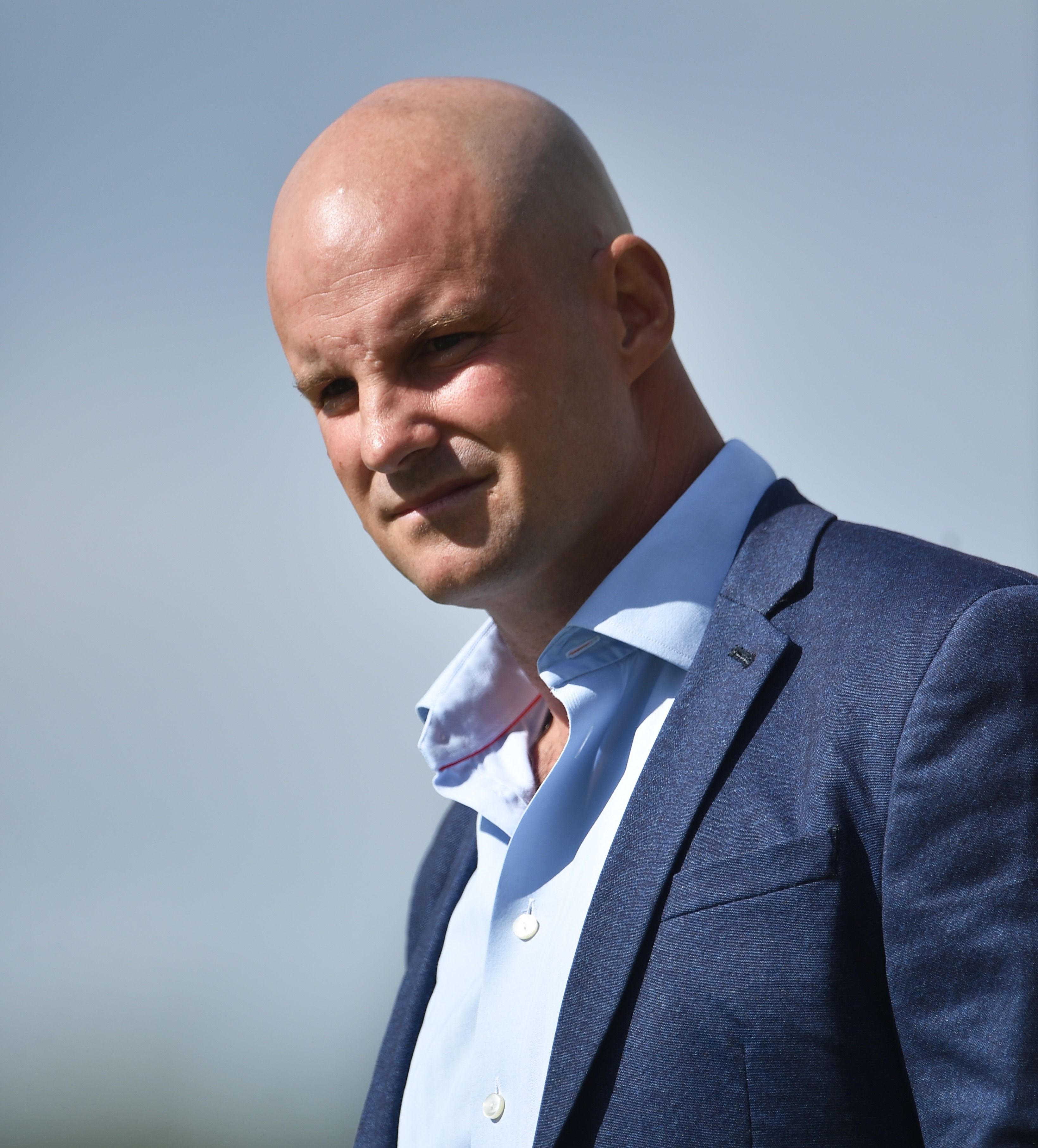 “His work ethic is outstanding. He thinks about the game extremely well and it’s great to have had him in and around the squad this summer.

“If he gets an opportunity, I’m sure he’ll look to take it with both hands and try to make the position his own.